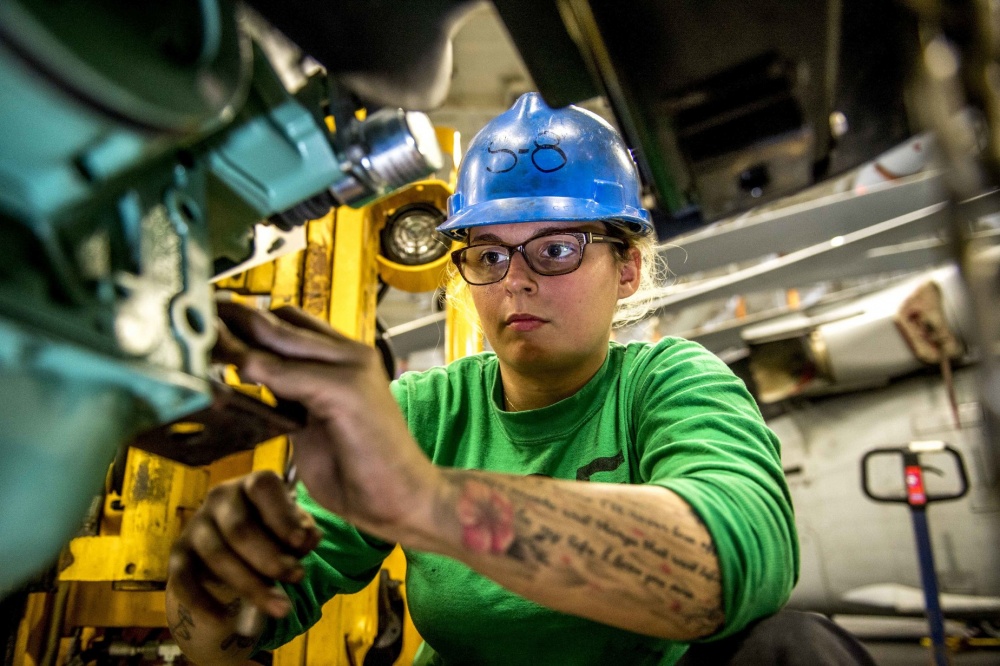 The program, and the changes taking effect on June 1, boil down to finding a better way to match sailor wishes with the needs of the Navy at a time of tight labor market pressure, Capt. Mery-Angela Katson, the Navy’s Branch Head for Enlisted Plans and Policy, told USNI News.

“It’s really tough out there. We have a really tough recruiting market. The competition for talent is tremendous,” Katson said. “That, coupled with the fact our Navy is growing, we have to do two things better – we have to be able to really assess high-quality folks and increase our retention of those sailors.”

Retention is vital for the Navy, which has set an aggressive end strength goal for the number of sailors needed to meet mission demands. Currently, about 111,600 of the Navy’s 325,673 sailors are serving at sea, according to Navy sources and a previously reported USNI News analysis of Navy staffing data.

But as the size of the fleet is expected to grow, the Navy anticipates needing about 7,700 more sailors to properly staff ships currently contracted to be built and come online during the next several years.

While not solving this crunch for trained sea-going sailors, the changes to PACT are expected to help alleviate this crunch for sailors trained to fill needed jobs. By providing specific apprenticeship training to sailors when they first the join the Navy, the PACT program quickly puts these sailors in jobs at sea where they work alongside sailors designated for ratings in one of three basic career paths – Surface Warfare, Engineering, and Aviation, Katson said.

“It’s a way to give sailors the ability to look at jobs in these tracks and then give them a specific skills training pipeline to become rated sailors and continue on in that path through advancement and a career in the Navy.”

The program has been around for many years – Katson was a part of an earlier iteration of the current PACT program when she first joined the Navy – and has been adjusted as needs of the Navy have shifted. Currently, about 5,500 enlisted sailors are in the program, and all go to sea, Katson said.

The most significant change taking effect June 1 is PACT sailors will now sign a three-year contract, instead of what had been four-year enlistments, Katson said. By giving sailors an idea of the various jobs available and putting them on a career path sooner, they’ll be encouraged to reenlist, Katson said. The new changes to the program speed up this process and provide the Navy with a better way to match current staffing needs of its sea-going fleet.

As for shortening the commitment, Katson said the Navy is not worried about losing many sailors after three years.

“If you like your job, you’re staying,” Katson said.