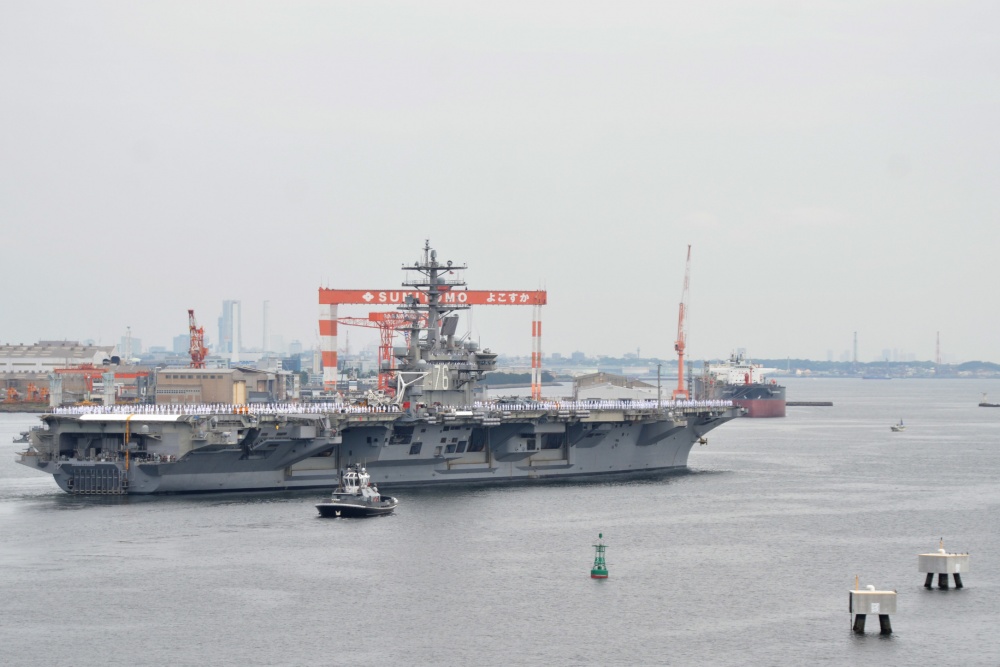 The Ronald Reagan Carrier Strike Group left its homeport of Yokosuka, Japan on Tuesday for a scheduled spring and summer patrol, just as tensions in the region are heightening.

Last week, the U.S. Navy disinvited China’s People’s Liberation Army Navy from participating in the 2018 Rim of the Pacific exercise. The Navy said it revoked the invite over China’s militarization of artificial islands Beijing is building to extend its territorial claims in the South China Sea.

“[Ronald Reagan Strike Group] is very excited to get underway and begin to train and operate together, as well as with our allies and partners,” Rear Adm. Marc Dalton, the strike group commander said in a statement.
“As we get underway for these operations we will continue to represent the United States as the security partner of choice in the region, to ensure freedom of the seas, drive stability and security and to promote adherence to a rules-based international order.”

The Reagan Strike Group’s departure was reportedly delayed due to material issues aboard Ronald Reagan, according to media reports. Navy officials would not elaborate the material issues were but described them as being relatively minor. Ronald Reagan just finished spending four months in the yard for maintenance that included having its flight-deck resurfaced, Navy officials have said. The maintenance is typically done after 8,000 to 10,000 arrested landings and before a deployment, according to the Navy.

Since 2008, when USS George Washington (CVN-73) became the Navy’s first nuclear-powered aircraft carrier homeported in Japan, the Navy has blocked-off the first four months of the calendar year for carrier maintenance in Yokosuka, according to previously released Navy statements. Annually, the Navy schedules the forward-deployed carrier, first George Washington, now Ronald Reagan, to be in the yard between January and April, sea trials in May, and leave for patrol by the end of May or beginning of June.

This year, while Ronald Regan was in the yard, the service sent USS Carl Vinson (CVN-70) to patrol the Pacific in a brief deployment.