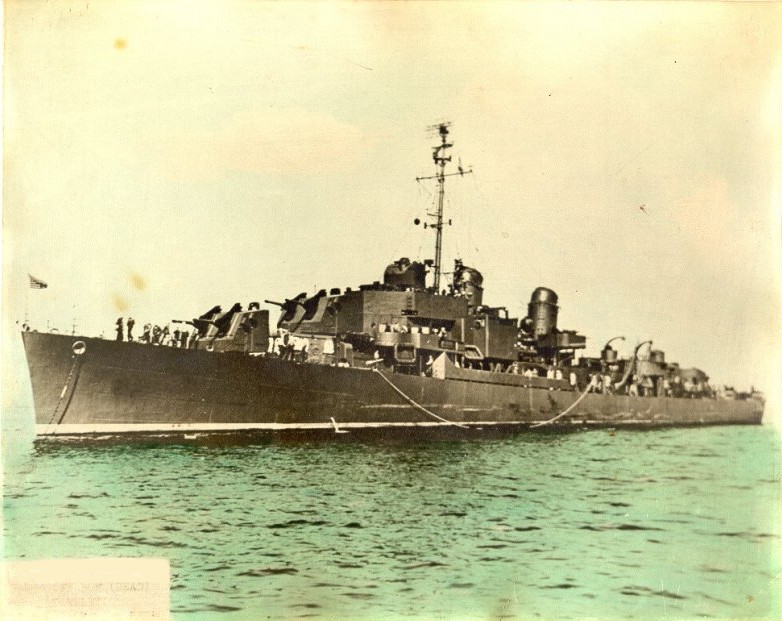 Mel Gibson plans to direct a film about the ferocious kamikaze attack on USS Laffey (DD-724), according to a report published by The Hollywood Reporter.

Destroyer (original working title: Kamikaze) will mark Gibson’s second foray into events concerning the 1945 Battle of Okinawa. His 2016 film Hacksaw Ridge about pacifist medic Desmond Doss’ heroic efforts to save wounded soldiers during the allied assault on the island received wide critical acclaim and was a commercial success.

Laffey is famous for surviving a relentless attack by two dozen kamikaze aircraft while serving on radar picket duty early in the campaign to capture Okinawa. Laffey sustained substantial damage when it was struck by six planes and four bombs, yet was able to stay afloat and continue to fight.

According to a 2010 article in Proceedings magazine, one of Laffey’s junior officers asked the skipper about abandoning the ship during the onslaught because the ship was “a blazing mess of charred airplanes and body parts, many of her guns were destroyed, her radar was knocked out, more than 30 of her crew had been killed, and she was sinking.” Cmdr. Frederick Becton responded “Hell no. We still have guns that can shoot. I’ll never abandon this ship as long as a gun will fire.” 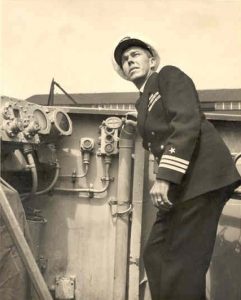 Many ships during the war had been sunk after absorbing a single kamikaze strike, yet Laffey endured multiple direct hits and was dubbed “The Ship that Would Not Die.” A month after the hellish attack, the scorched and scarred Laffey was put on display in Seattle so that the American public could get a sense of what the nation’s sailors were experiencing. Laffey was repaired and continued to serve until finally being decommissioned in 1975.

Screenwriter Rosalind Ross adapted the script for Destroyer from the book Hell From the Heavens: The Epic Story of the USS Laffey and World War II’s Greatest Kamikaze Attack by John Wukovits after the rights were acquired by Hollywood Gang Productions.

There already had been industry speculation that Gibson would be attached to the project because he is in a relationship with Ross. In April 2017, the couple were spotted visiting Laffey which is now on exhibit at Patriots Point Naval and Maritime Museum in Mt. Pleasant, S.C.

In a 2016 interview with the USNI News, Gibson expressed his interest in Laffey and was asked if he planned on making a film about it.

“Man, that is a great story. Somebody is doing it, somebody is developing it now,” Gibson said. He commented that the entire 90-minute attack on Laffey could be dramatized in real time.

In addition to Destroyer, two other epic films about the U.S. Navy in World War II are in the works. 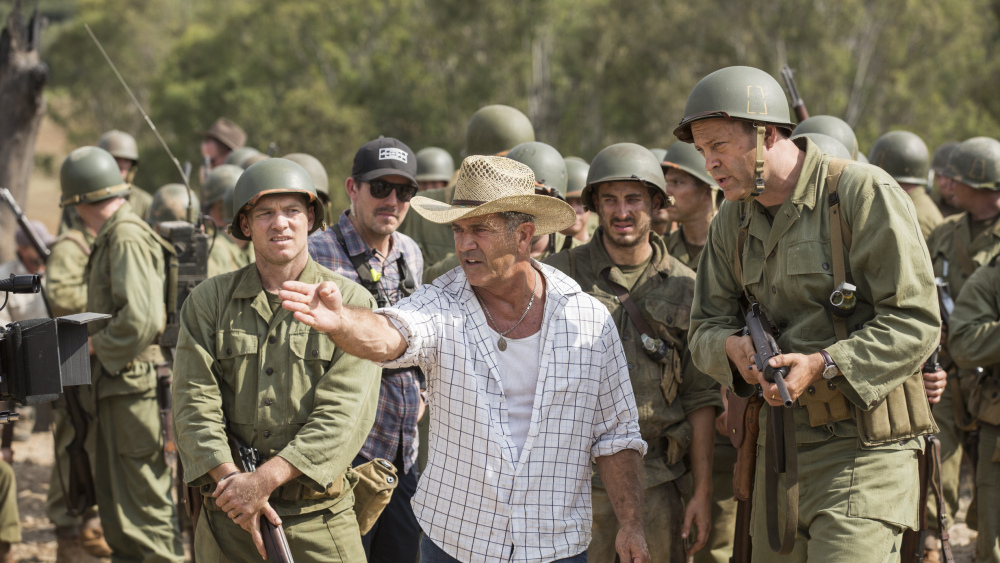 Mel Gibson on set on the film ‘Hacksaw Ridge’

Tom Hanks wrote the screenplay for Greyhound, which is currently being filmed in Baton Rouge, La. Hanks stars as the captain of a U.S. destroyer leading a convoy across the North Atlantic, where wolf packs of German U-boats lie in wait.

Director Roland Emmerich (Independence Day) will begin shooting Midway later this year. The $100-million production about the pivotal Pacific battle will likely include Woody Harrelson and Mandy Moore among the cast. The star-studded 1976 film of the same name received mixed critical reviews but did well at the box office.