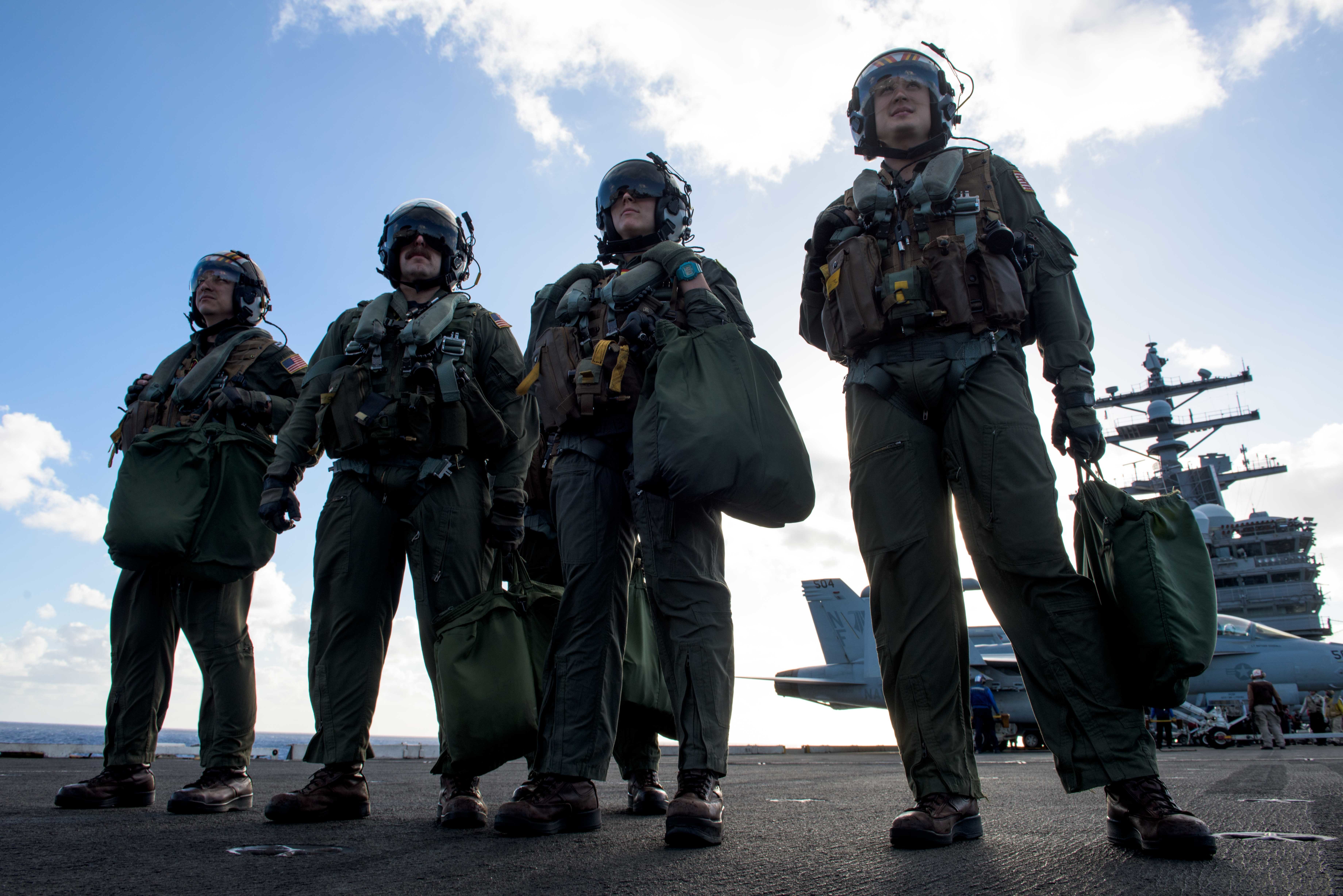 A policy that would let Navy and Marine Corps pilots flow in and out between active duty, the reserves and civilian work may be the way for the sea services to address aviation retention shortfalls, the nominee for the department’s top civilian manpower post told the Senate Armed Services Committee Thursday.

Gregory Slavonic, a retired rear admiral, said the department “has to develop a program that keeps those United, Southwest pilots,” one that allows them to stay in their civilian careers but also serve in the reserves and return to active duty when required.

“They want to keep flying,” James Stewart, the nominee for assistant secretary of defense for manpower and reserve affairs, said at the same confirmation hearing.
“Having the training dollars is important” to satisfy that desire.

In his prepared testimony, Slavonic said that bonuses “can be an effective tie-breaker” in a pilot’s decision to stay in the Navy or the Marine Corps, but he noted that everything from family balance, to opportunities to fly and train, and properly maintained aircraft “cannot be underestimated or overlooked.”

In a Senate hearing Wednesday, Chairman of the Joint Chiefs of Staff Marine Gen. Joseph Dunford testified that the Air Force is already reporting it is short 2,000 pilots, and that all the services are looking at their requirements for pilots and maintainers of manned and unmanned aircraft.

When asked about the challenges the Navy faces to recruit an additional 7,500 young men and women to man a growing fleet, Slavonic said, “there’s no way we should ever lower our standards.” He, Stewart and committee members acknowledged that only about 25 percent of Americans between the ages of 17 and 24 meet the physical, mental and moral standards required by the Defense Department for enlistment.

Stewart said later, “in the future, we’re looking for a different type of individual” when recruiting, one that is attuned to social media. He added that the Pentagon will also be looking at ideas that former Secretary of Defense Ashton Carter was exploring to meet future manpower needs.

He and Slavonic agreed “changes that have been made [in the retirement system] have been viewed favorably” in the fleet and across the services and are playing a large role in retention success. The blended retirement system “will be an attractive recruiting tool, particularly among young millennials,” Slavonic added in written testimony.

Navy officials in earlier hearings have also called for greater flexibility in recruiting to attract qualified candidates for nuclear, electronic warfare, cyber and other specialized fields.

Slavonic said, “there needed to be out-of-the-box thinking” in looking at manning the total force – active duty, reserves, department civilians and contractors, because of the shrinking pool of young people wanting or eligible to enlist.

The question is what kind of “workforce is needed for the overall mission,” Stewart added. He said in answer to questions from the committee and in written testimony that he is open for study “considering lateral accessions for critically needed technical fields” and periodic review of medical qualifications concerning enlistments.

Noting that spousal employment is a factor in retaining sailors and Marines, Slavonic said he intended “to get up to speed” on how serious an issue this has become.

Stewart added that, with spousal unemployment rates believed to be anywhere from two to four times greater than the nation’s overall rate, “ultimately there’s going to be a problem with retention.” The Department of Labor does not separately track this category as it does for other demographics, such as Afghanistan-Iraq veterans.

On why sailors and Marines are choosing to become “geographic bachelors,” Slavonic said he would be looking into the matter if confirmed.

Both nominees are expected to be confirmed by the committee and full Senate.