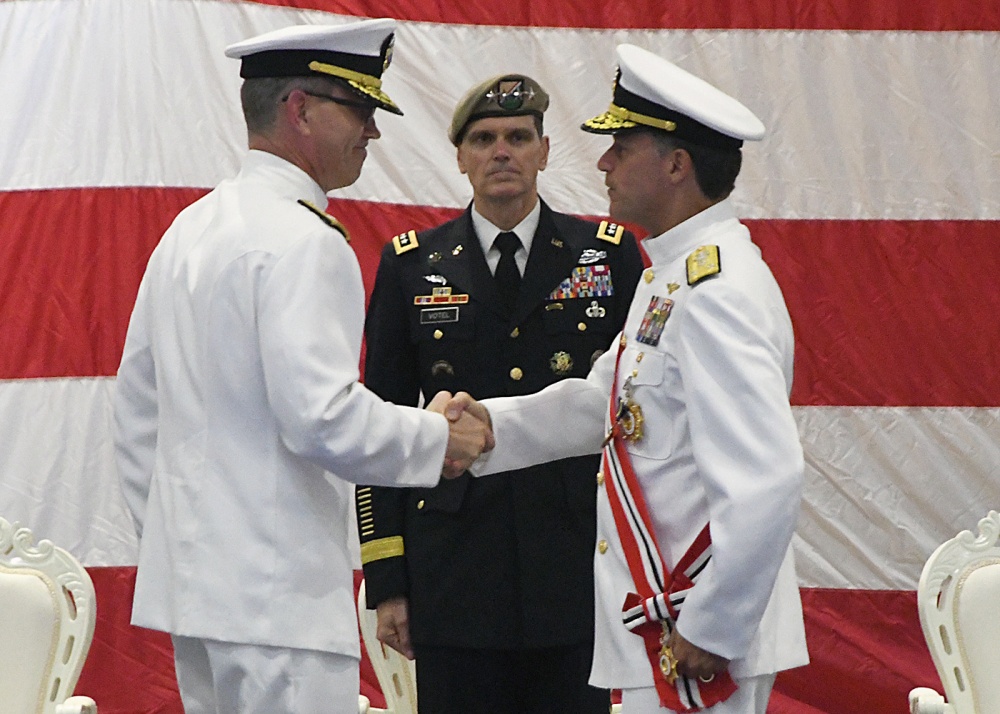 Stearney, who had served as director of operations at U.S. Central Command since May 2016, is a Hornet and Super Hornet pilot who was commissioned in October 1982. He is both a graduate of and a former instructor at the Navy Fighter Weapons School (Topgun), and as a flag officer Stearney has commanded Strike Force Training Atlantic (CSFTL), Carrier Strike Group 4, Navy Warfare Development Command and U.S. Transportation Command’s (USTRANSCOM) Joint Enabling Capabilities Command.

Aquilino, who commanded NAVCENT and 5th Fleet since September 2017, has been confirmed by the Senate to serve as the next commander of U.S. Pacific Fleet.

“Command of NAVCENT is an extremely demanding duty assignment in what has become the most complex operating environment perhaps in the world,” Gen. Joseph Votel, commander of U.S. Central Command, said in a speech at the Sunday ceremony.
“It’s a position that requires technical and tactical competence, diplomatic finesse and, above all, dependable leadership. Over the past eight months Vice Admiral Aquilino has shown himself the perfect fit for such an assignment, as he provided the purpose, direction and motivation you would expect from the high quality leader he is.”

Stearney said during the ceremony, “I fully intend to carry on the many efforts for building partnerships, interoperability and cooperation between the U.S. Navy and the many allied and partner nations from the Arabian Gulf, and beyond, who do so much to keep conflict out of the maritime and promote security and stability.” 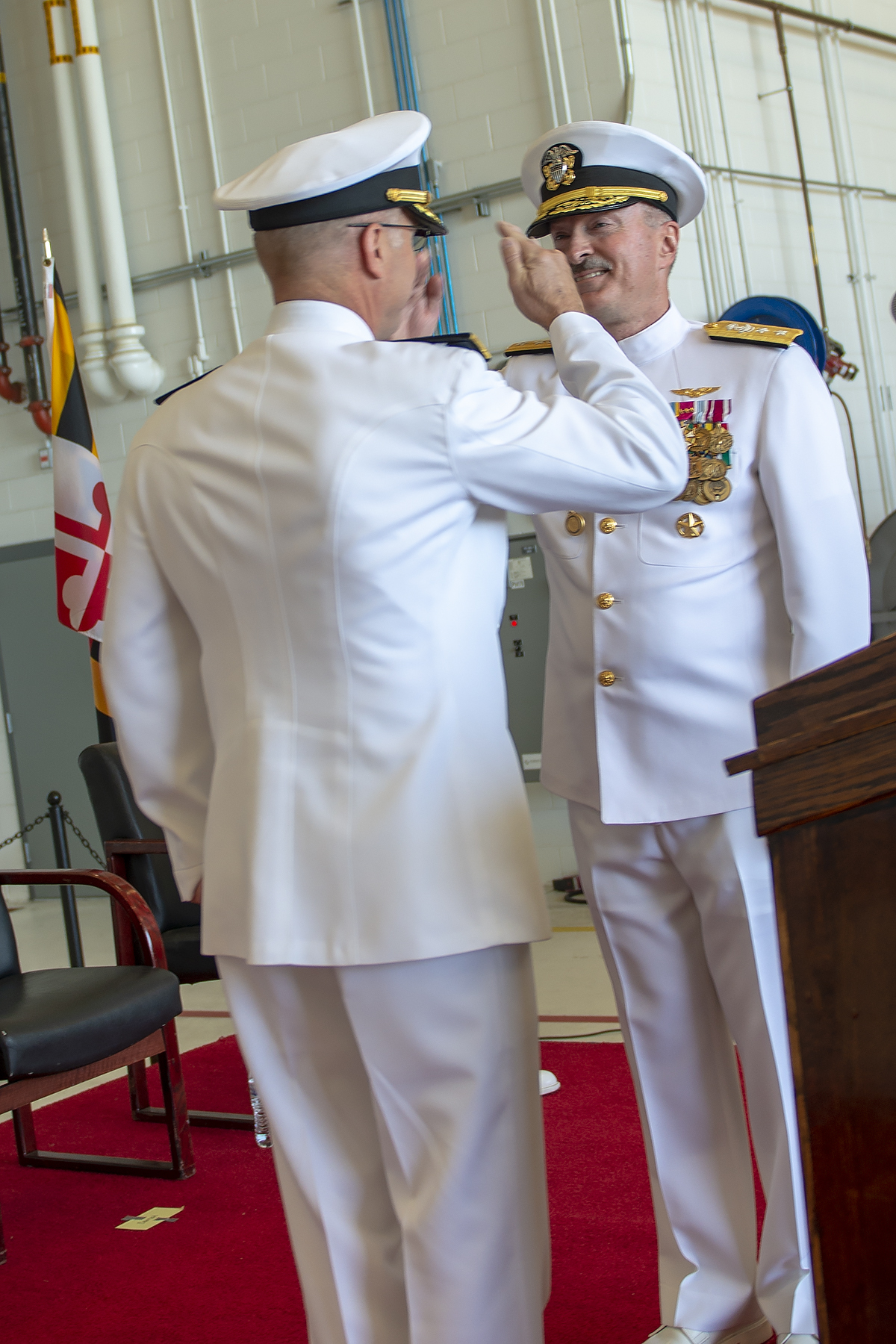 Rear Adm. Mark Darrah (right) turns over leadership of the Program Executive Office for Unmanned Aviation and Strike Weapons (PEO(U&W)) to Rear Adm. Brian Corey during their change of command ceremony May 3 at Patuxent River, Md. US Navy photo.

In another recent change of command ceremony, Rear Adm. Brian Corey took command of the Program Executive Office for Unmanned Aviation and Strike Weapons (PEO U&W) from Rear Adm. Mark Darrah, who will retire from the Navy after 36 years of service.

Corey had served as commander of the Naval Air Warfare Center Weapons Division and assistant commander for test and evaluation at Naval Air Systems Command (NAVAIR) since October 2015. He has more than 3,800 flight hours and 660 carrier arrested landings – primarily in the F/A-18A-D Hornet, though he has also logged hours in more than 20 types of aircraft, including the F/A-18E-F Super Hornet, MiG-29, AV-8B, F-15 and F-16.

Darrah will retire from the Navy after a 36-year career of serving as an electronic attack pilot with more than 3,200 flight hours and 603 carrier landings; the first EA-18G deputy program manager when the program office was established in January 2003; the F/A-18 and EA-18G program manager from 2007 to 2011; the F-35 Joint Strike Fighter weapon system program manager from 2011 to 2012; and commander of Naval Air Warfare Center Aircraft Division and NAVAIR assistant commander for research and engineering from 2012 to 2014. Darrah has led PEO U&W since late 2014.

“In my 36 years, I have had the amazing opportunity to have two careers — 20 years in the fleet highlighted by an operational command and 16 years in the acquisition community,” Darrah said in the May 3 ceremony in Patuxent River, Md.
“You never know where your career is going to take you, but three things that I have carried with me: be direct and courteous, be competent, and operate as a team.”

Under Darrah’s leadership, PEO(U&W) delivered more than 1,400 unmanned aircraft systems and more than 24,000 weapons to the fleet, with the development and test of the MQ-4C Triton and the Long Range Anti-Ship Missile being among his top successes, according to a Navy news release. Corey will now take over the PEO, which manages more than $42 billion in total obligation authority and has a workforce of more than 3,800.

“Mark Darrah and his team have set this PEO on the proper course… looking for faster, cheaper ways to stay ahead of our adversaries,” Corey said at the ceremony.
“I have seen what they have put in place and am confident we are on the right path.”