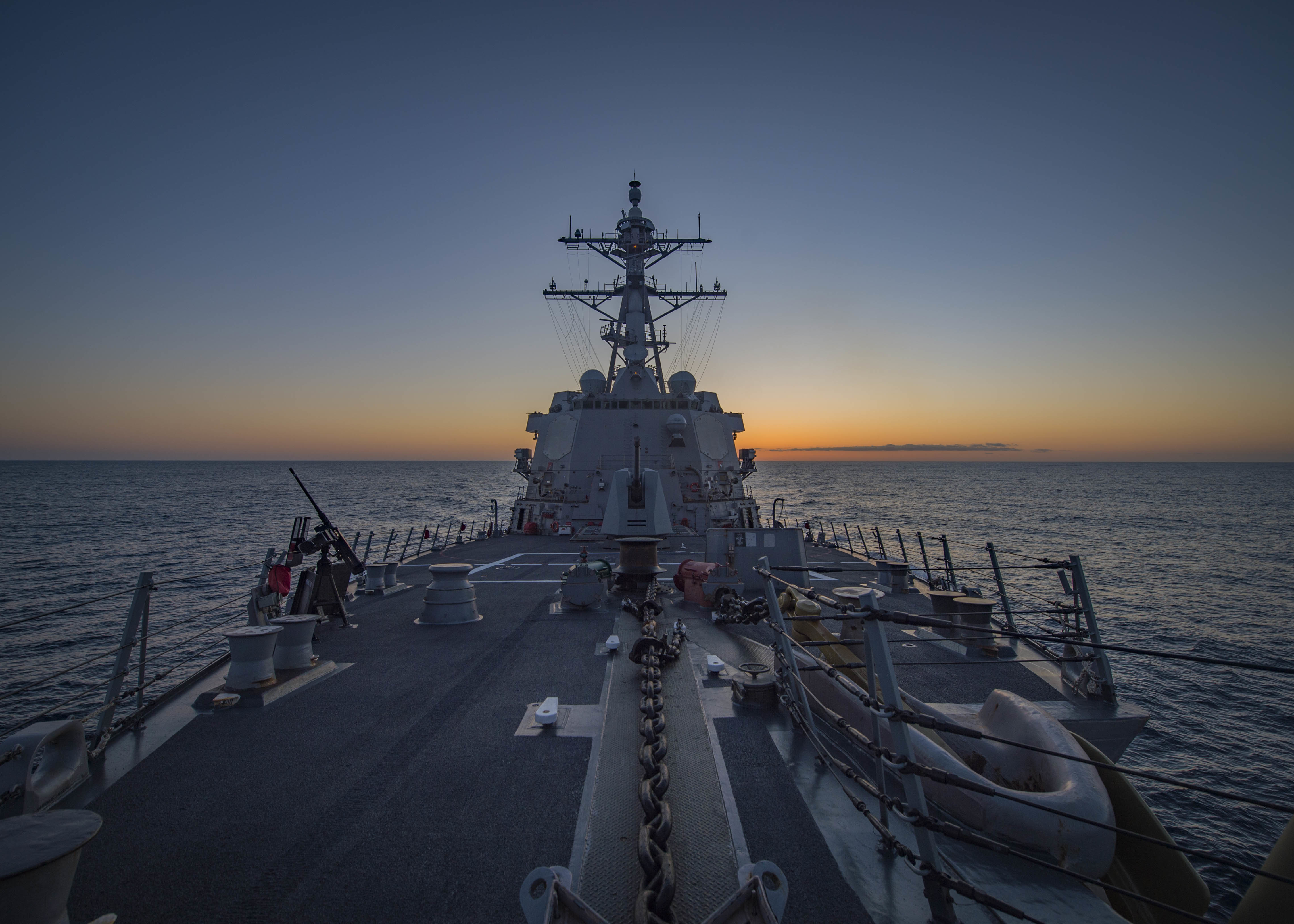 This post has been updated with a statement from Chief of Naval Operations Adm. John Richardson and a Pentagon statement on a potential Joint NATO command in Norfolk.

Faced with a more active Russian fleet and increasing military competition across the world, the Navy has elected to reestablish U.S. 2nd Fleet to manage assets closer to the homeland, according to a memo announcing the command obtained by USNI News.

The memo, signed by Secretary of the Navy Richard V. Spencer earlier this week, approved reestablishing the command in Norfolk, Va., based on a recommendation of outgoing U.S. Fleet Forces Command commander Adm. Phil Davidson and endorsed by Chief of Naval Operations Adm. John Richardson.

“As previously briefed to you by the CNO, the re-establishment of SECOND Fleet was directed to better respond to the changing security environment,” reads the memo.
“Commander, SECOND Fleet will exercise training and operational authorities over assigned ships, aircraft, and landing forces in conducting maritime, joint and combined operations in support of designated Unified and Allied Commanders.”

The command will stand up July 1 and will have an initial manning of 11 officers and four enlisted personnel. The staff will eventually grow to 85 officers, 164 enlisted and seven civilians.

“Our national defense strategy makes clear that we’re back in an era of great power competition as the security environment continues to grow more challenging and complex,” Richardson said Friday during the Fleet Forces change of command ceremony in Norfolk.
“That’s why today, we’re standing up 2nd Fleet to address these changes, particularly in the North Atlantic.” 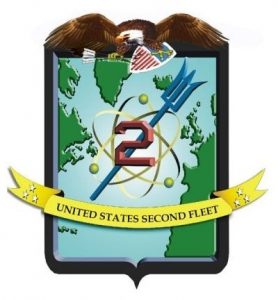 Former crest of US 2nd Fleet. US Navy Image

While the command now exists on paper, the service still needs to work through specifics such as the rank of the commander and how the command and control relationships will work with the joint combatant commands. In its last iteration, a three-star oversaw 2nd Fleet before the command merged with U.S. Fleet Forces in 2011.

USNI News understands specifics of the plan will be worked through Fleet Forces and its new commander Adm. Christopher Grady, with details to be finalized this summer.

While a change in the command and control relationships for warships throughout the Navy was included in the recommendations in the two Navy reviews conducted after a series of fatal collisions in the Western Pacific, the move to stand the fleet back up is rooted in increasing threats in the Atlantic from Russia, several officials familiar with the decision told USNI News.

Before the 2014 seizure of Crimea by Russian forces, the role of U.S. warships operating on the American side of the Atlantic was largely in support of humanitarian aid and disaster relief missions (HA/DR) missions and drug interdiction work in U.S. Southern Command’s U.S. 4th Fleet. 2nd Fleet was shuttered alongside U.S. Joint Forces Command in 2011, and just years later the Navy and Congress began a push to reestablish 2nd Fleet as Russia grew more aggressive over, on and under the Atlantic.

In 2016, now-Naval Forces Europe commander Adm. James Foggo III put the conflict in stark terms when he declared the U.S. and Russia were engaged in the “Fourth Battle of the Atlantic.”

“Russian submarines are prowling the Atlantic, testing our defenses, confronting our command of the seas, and preparing the complex underwater battlespace to give them an edge in any future conflict,” Foggo wrote in U.S. Naval Institute’s Proceedings.
“Not only have Russia’s actions and capabilities increased in alarming and confrontational ways, its national-security policy is aimed at challenging the United States and its NATO allies and partners.”

Moving ahead, it’s unclear what the future will be for U.S. 4th Fleet, the naval arm of Southern Command that was established by the George W. Bush administration in 2008. The role of warships 4th Fleet was largely to play host to Coast Guard law enforcement detachments that had the legal authority to interdict traffickers on the high seas and in countries with law enforcement agreements with the U.S. The role for the Navy was diminished in the last several years, however, as the last of the Oliver Hazard Perry-class frigates retired from service in 2015 and as the Pentagon has oriented its efforts towards high-end warfighting.

Before the establishment of 4th Fleet, the commander of 2nd Fleet was responsible for the central and South American operations.

In addition to standing up 2nd Fleet, the Pentagon announced it had offered Norfolk as a potential location for the proposed NATO Joint Force Command for the Atlantic.

“The new JFC-Norfolk will ensure that NATO can successfully conduct operations across the full spectrum of Alliance missions in the trans-Atlantic region in the northern Atlantic,” read the statement.
“The future Atlantic-oriented JFC represents part of the ongoing NATO effort to adapt its command structure to ensure that the Alliance can meet the challenges in today’s security environment. It will strengthen NATO’s deterrence and defense posture, and its ability to project stability beyond its borders.”

The decision for the final location of the command will be made this summer.

The following is the complete May 4, 2018 statement on the proposed NATO command.

The U.S. Department of Defense announced today that it has officially offered to host the proposed NATO Joint Force Command for the Atlantic at its naval facilities in Norfolk, Virginia.

The new JFC-Norfolk will ensure that NATO can successfully conduct operations across the full spectrum of Alliance missions in the trans-Atlantic region in the northern Atlantic.

The future Atlantic-oriented JFC represents part of the ongoing NATO effort to adapt its command structure to ensure that the Alliance can meet the challenges in today’s security environment. It will strengthen NATO’s deterrence and defense posture, and its ability to project stability beyond its borders.

The North Atlantic Council is expected to make a final determination on the location of the new JFC this summer.