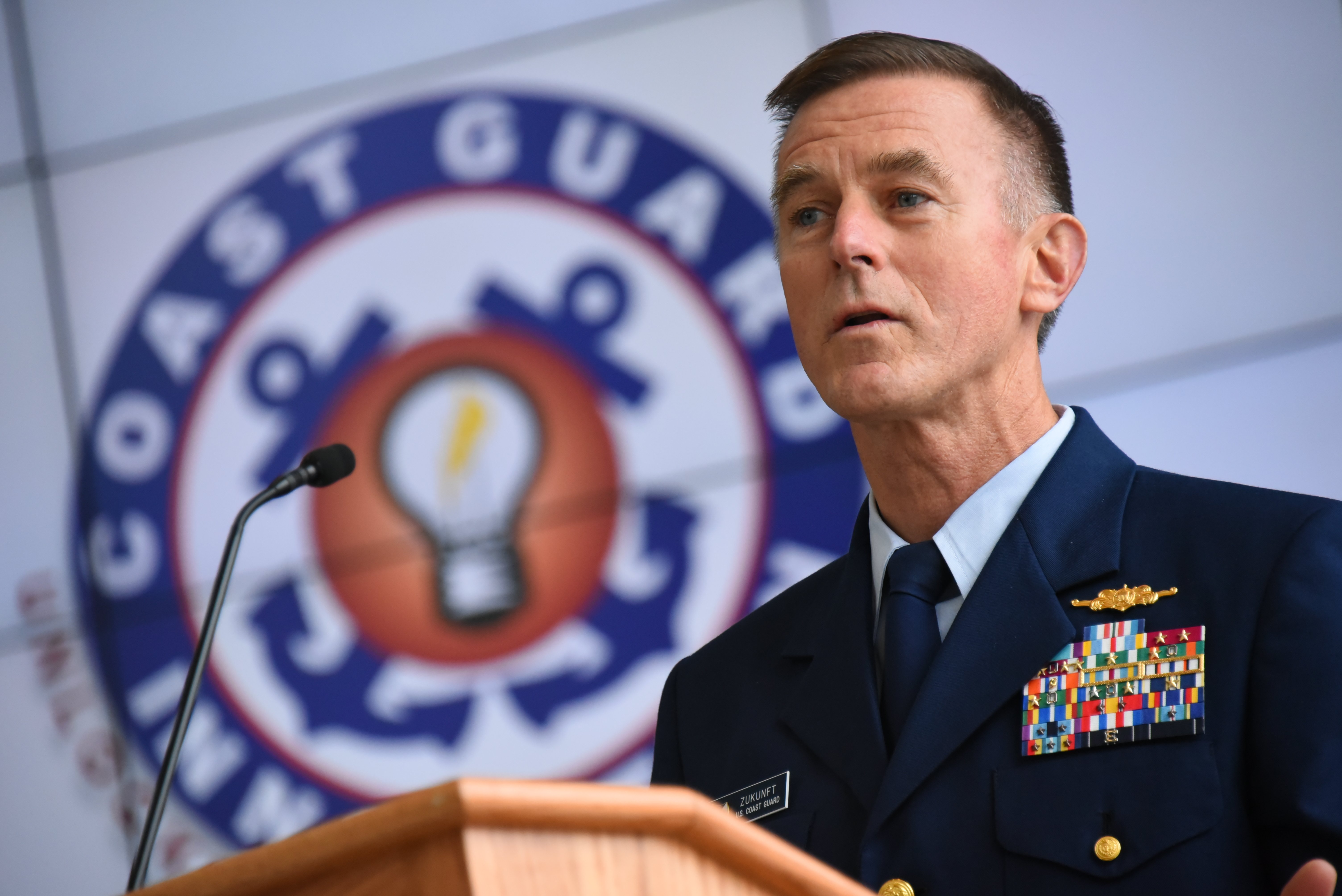 A new Coast Guard heavy icebreaker is still on top of the top of the service’s shopping, USCGC Commandant Adm. Paul Zukunft told lawmakers on Tuesday. He said the domestic shipbuilding industry and Arctic adversaries China and Russia are keeping an eye on the government’s commitment to buying those vessels.

“We have to demonstrate … we are serious about building the icebreaker,” he told the House Appropriations Homeland Security subcommittee. When using the word “serious,” he was referring to both industry as an incentive to remain involved and to China and Russia to demonstrate national sovereignty in the American portion of the Arctic.

The Pentagon has allocated more than $300 million to the design costs for the coming fiscal year for the heavy icebreaker, Zukunft said. Overall, for the coming fiscal year, the administration is seeking $750 million for design costs of the first of three projected replacements for USCG Polar Star (WAGB-10). He said several times in answer to congressional questioning industry is looking for the steady funding necessary to build the three and add two medium icebreakers as crucial to them to make the necessary investment in infrastructure to build these specialized vessels, projects the United States has not undertaken in decades. The first in class for the heavy icebreaker is expected to cost around $1 billion, according to previously reported estimates.

Last week before the Heritage Foundation in Washington, D.C., he laid out the possibility of a block buy as a major incentive to industry that the government is sincere about this shipbuilding program. In its request for proposals, the Coast Guard included that as a consideration for bidding on the first of the class. Zukunft told the think tank audience a selection among the five vendors is expected after the first of the year.

The first heavy icebreaker is to be delivered in 2023.

The Coast Guard’s budget is not included in the congressionally approved increase in defense funds, and this has had an effect on its immediate spending and curbed long-term planning. It operates as part of the Department of Homeland Security. Zukunft and others have noted in testimony the Coast Guard spending has been set below the caps set in the Budget Control Act of 2011, and this has had a direct impact on its modernization program, operations and force structure. He reiterated that point Tuesday.

“You can exert sovereignty with paper,” Zukunft told the panel. He said Russia is now building two corvettes for its navy to add to the far northern operations of its Border Guard’s 44 icebreakers already in operation, giving it the largest maritime presence in the north.

“At the same time, China is building a second icebreaker,” he said.

He told the Heritage audience these moves by Moscow and Beijing mean looking at a changed security environment, including the possibility of a more militarized Arctic in discussing future needs out to possibly 2060.

Possibilities he mentioned last week would include having the new American icebreakers capable of employing directed energy weapons and being able to conduct cyber-related missions.

“I don’t think you’ll see tranquility about to break out” in the Arctic and elsewhere, he said in answer to a question about fleet size and mix, he said at Heritage.

A major reason for the change in the Arctic security environment is the possibilities of energy and mineral extraction and the growing importance of the northern fisheries.

“Vital resources are at stake,” he said.

Before the House panel, he specifically mentioned oil, now trading at about $65 a barrel, untapped fields of natural gas and rare earth minerals in the Arctic seabed as changes affecting the economic environment making the region more attractive for investment in the not-so-distant future.

Zukunft noted in his congressional questioning that China particularly is testing the boundaries of the United States’ extended economic zone in its own energy and mineral explorations in the Arctic. That frontier probing also has large implications for the fishing industry and enforcement with few American vessels on hand to enforce existing laws and regulations. 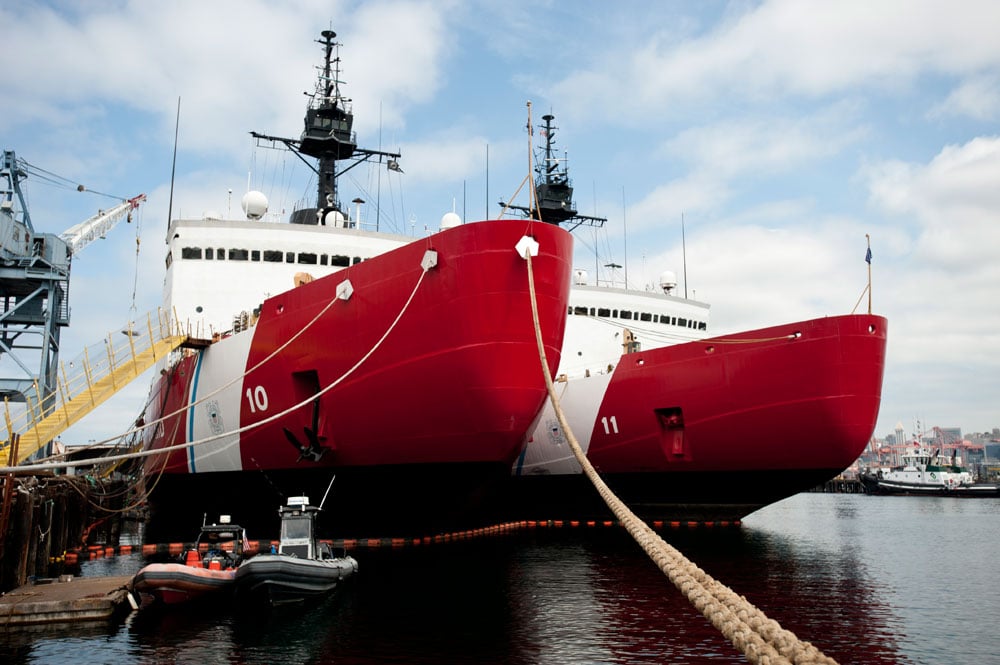 Another hitch in monitoring this activity by China and others in northern waters is the United States’ failure to ratify the United Nations Law of the Sea Convention that defines these extended zones, he added.

“The needle is moving the wrong way” on drugs being produced overseas and flowing into the United States, he said at Heritage.

To the congressional panel and the think tank audience, he said he biggest change has occurred in the dramatic rise in cocaine production in Colombia in the last few years. The Colombian government eliminated aerial eradication of coca fields as part of a peace agreement with rebels there.

“Production is at an all-time worse” in Colombia, he said.

Colombia “needs to resume aerial eradication” and “needs better policing in [its southwestern] riverine systems.” He told the panel Colombia needs to stand up a riverine force to meet this new challenge.

Later, in answer to questions in both sessions, Zukunft said smugglers moved further out into the Pacific — west of the Galapagos Islands — to avoid detection before cutting toward the American coastline, aiming for southwestern Mexico. “There, it is commingled with legal domestic product” and shipped north by car, van or truck or carried by humans.

Even with the new National Security Cutters added to the vessel mix, he estimated the Coast Guard is interdicting only about 25 percent of Colombia’s production.

“The challenge is we don’t have enough ships” to interdict every vessel carrying illegal drugs, and that includes the ships from other nations under the 41 bilateral agreements the United States has with them to enforce smuggling laws.

Noting the spike in other drug use domestically, he said, speaking as the chairman of the interagency committee on illegal narcotics at Heritage, “heroin is not moving by sea” into the United States. It is coming in by “mules [people carrying it in packages or bags], cars and trucks.”

As for fentanyl, originally a prescription pain reliever, coming across the Pacific, “I give China a lot of credit. They have stepped up their game” trying to curb production and export. However, he added at Heritage Mexican cartels are now producing it and moving it across the border.

Zukunft said a $2 billion floor in acquisition for the Coast Guard to buy icebreakers, modernize the inland waterways fleet and add unmanned systems to improve operations from drug interdiction to search and rescue “is not a huge ask” of Congress.

To the House panel, the commandant said the Coast Guard needs to add 5,000 active-duty members over the next five years and have 1,100 reserve billets restores to meet mission demands. The reserve billets were cut to keep the service below spending caps imposed by the Budget Control Act of 2011.

“These are the [force] we call back in emergencies,” like hurricane response, he told the committee and promised to send Congress the necessary reports to restore those positions and grow the active force.

He said at Heritage in terms of federal spending what he is seeking for the Coast Guard as he nears retirement, “won’t even buy one Ford [aircraft] carrier.”