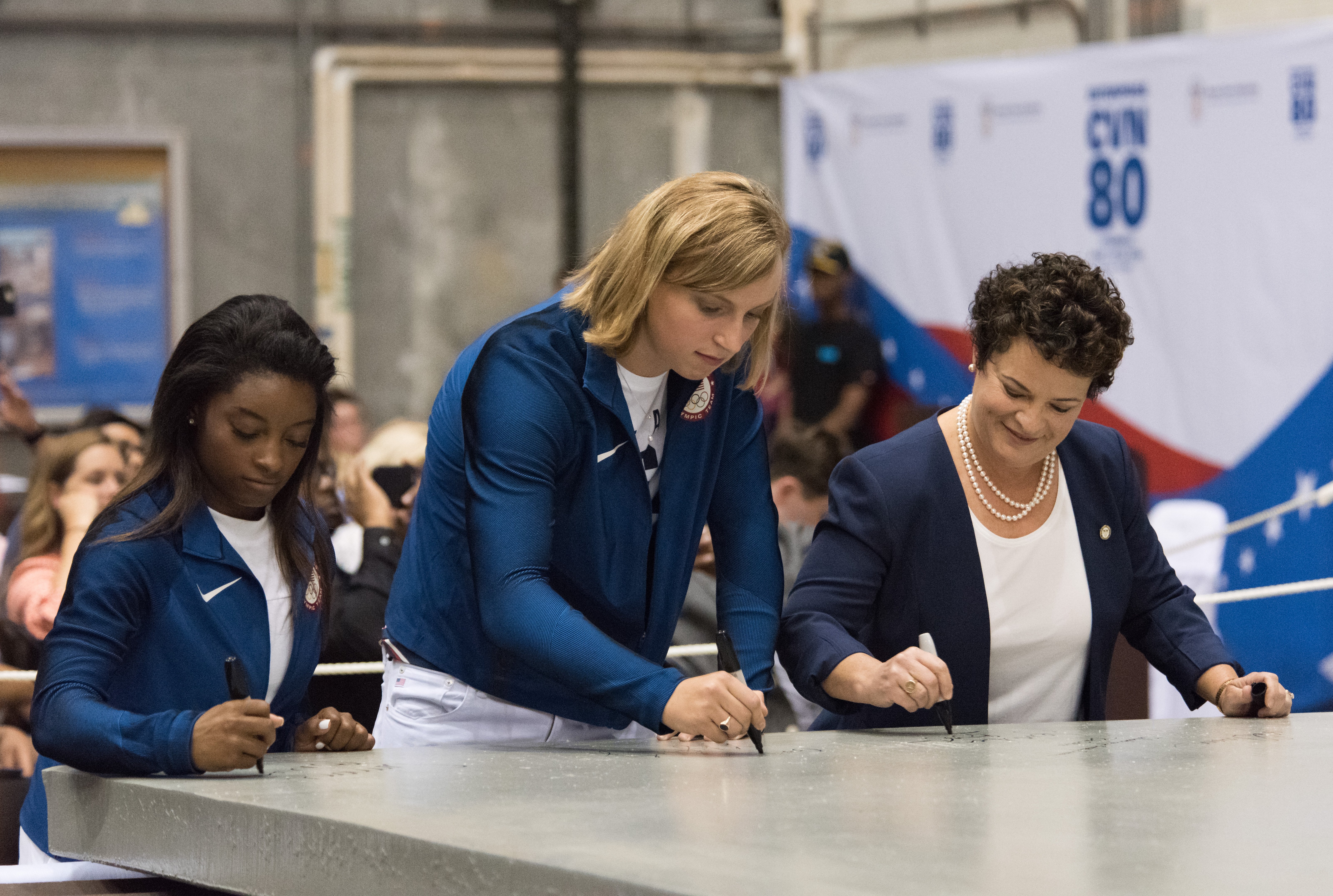 NATIONAL HARBOR, Md. — If the Navy decides to buy aircraft carriers CVN-80 and 81 together, Newport News Shipbuilding will be able to maintain a steady workload that supports between 23,000 and 25,000 workers at the Virginia yard for the next decade or so, the shipyard president told reporters last week.

Part of the appeal of buying the two carriers together is that the Navy would also buy them a bit closer together: the ships would be centered about three-and-a-half or four years apart, instead of the five-year centers for recent carrier acquisition, Newport News Shipbuilding President Jennifer Boykin told reporters.

Boykin said the closer ship construction centers would allow her to avoid a “labor valley” where the workforce levels would dip down after one ship and then have to come back up, which is disruptive for employees and costly for the company.

If this two-carrier buy goes through, the company would avoid the labor valley altogether and ensure stability in its workforce, Boykin said in a company media briefing at the Navy League’s Sea Air Space 2018 symposium. That workforce stability contributes to an expected $1.6 billion in savings on the two-carrier buy from Newport News Shipbuilding’s portion of the work alone, not including government-furnished equipment.

The yard’s workforce is about 22,000 now, with the company hiring more than 400 new employees a month. That pace of hiring will drop in August, when the workforce will hit about 23,000, she said, and new hires will just be needed to cover attrition. In the coming years, the yard will grow to about 25,000 employees – will support the construction of the two carriers, two or three Virginia-class attack submarines a year and the Columbia-class ballistic-missile submarine, as well as ongoing Refueling and Complex Overhaul work on the in-service carriers and additional fleet support work maintaining carriers and subs.

Boykin said there are no major decreases in the workforce planned for the next decade or beyond, with the Navy’s ramp-up into a 355-ship fleet and insufficient repair capacity at public shipyards providing significant and stable work for the company.

Boykin said four main things contribute to the expected $1.6 billion in savings from the two-carrier buy. First, “if you don’t have the workforce valley, there’s a labor efficiency that represents savings.” 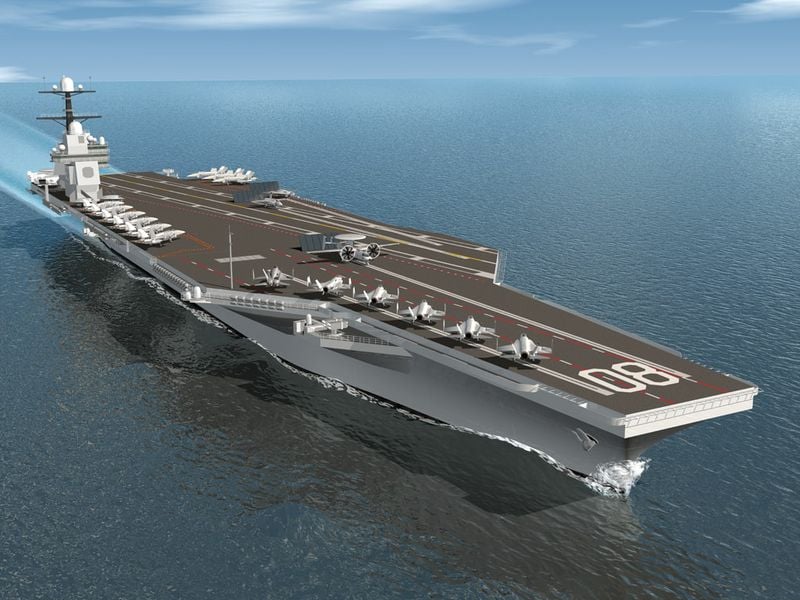 The third savings is a value of money over time issue, she said, and fourth is economic order quantity savings throughout the entire supply chain.

Overall, she said, the two-carrier buy “significantly increases the backlog of work that we have, it provides work and stability into the year about 2032 for ships that will serve the Navy until about 2082. The opportunity for cost savings is really based on that stability, and we know that not just for our workload stability but for many if not the majority of our suppliers. The stability for our whole industrial base is critical as we kind of lead the way forward to help the Navy build the larger and more capable navy the nation needs.”

Navy acquisition chief James Geurts told reporters after a hearing on Thursday that about a third of the cost of a carrier comes from government-furnished equipment that the Navy would contract for separately, and the service is working with its contractors to understand the potential for savings on that part of the overall carrier contract cost. When combined with the shipyard’s expected $1.6-billion in savings, Geurts has previously said the savings could approach $2.5 billion.