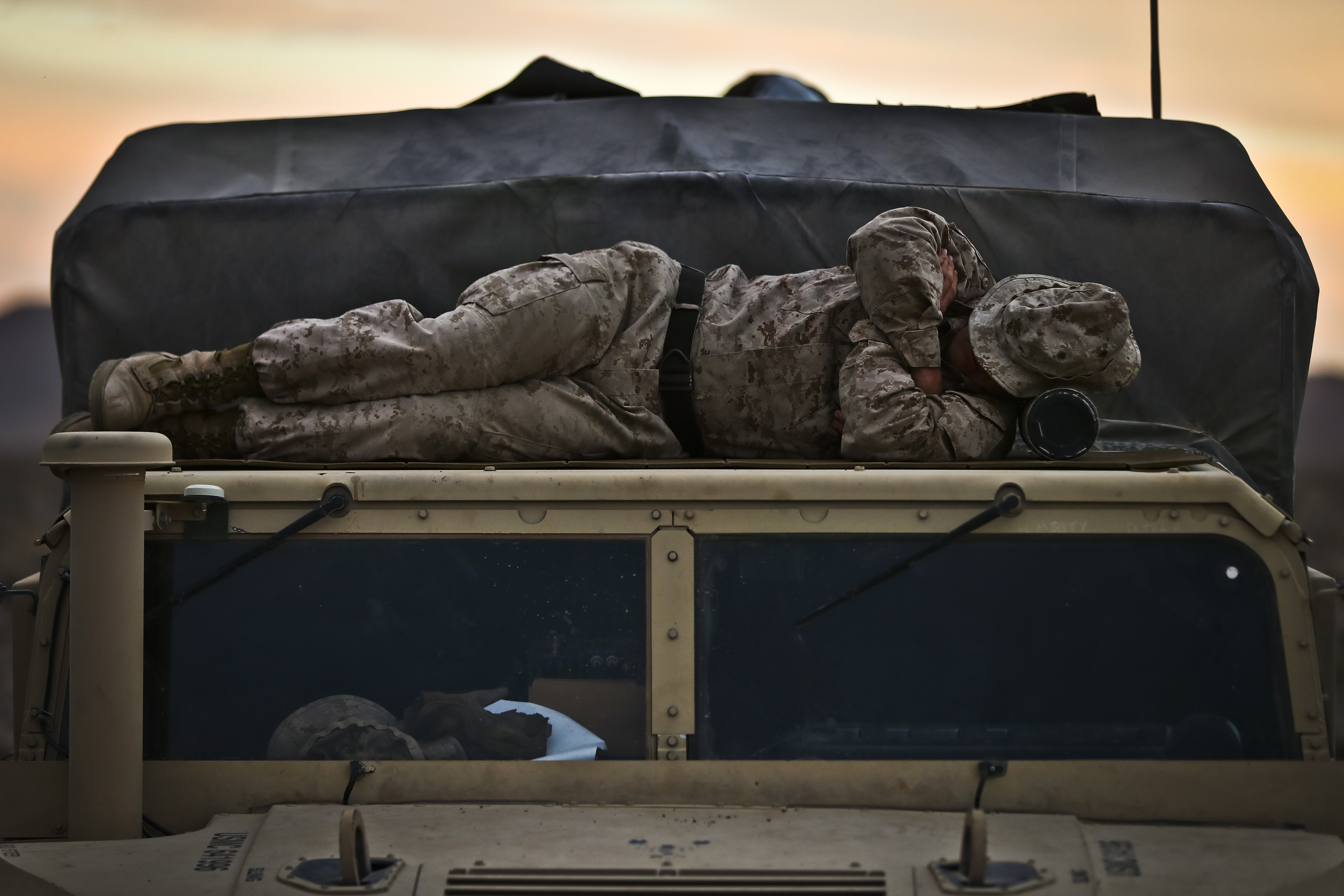 NATIONAL HARBOR, Md. — Among the most important lessons learned from the deadly ship collisions in the Pacific, aviation crashes and training accidents ashore came down to lack of sleep, the sea services top enlisted leaders told attendees at the Navy League’s 2018 Sea Air Space exposition on Wednesday.

Master Chief Petty Officer of the Navy Steven Giordano said, sailors “talk about working hours” and how they need time for rest in addition to the times set aside for the mission, training and themselves. The idea now is to implement better schedules because they have got to have the certainty of sleep. When sailors are rested, they perform better, he said.

Sergeant Major of the Marine Corps  Ronald Green said when talking about sleep and scheduling, “we’re going to talk about the most important thing … the human being,” he said.
Don’t forget, “they drive the stuff.”

Rest and better scheduling builds readiness in the individual, the unit and the family. “It’s like a three-legged stool” that needs to remain balanced.

“We’re straight up and to the point” in telling leaders what they need to know about what is happening in their units, including scheduling, Green added.

Using the long hours of work the Coast Guard was performing during this hurricane season from Puerto Rico to Texas, Master Chief Petty Officer Steven Cantrell said members of his service sometimes refer to the loss of balance between the mission and their personal lives as “the curse of Semper Paratus.”

He said this is very real factor because “they joined a humanitarian service; they want to be there” when needed in those kinds of emergencies. But service members also need to realize they have to keep that in balance with their own needs and their family needs.

“We talk about risk assessment a lot more,” he said. That includes bringing into the discussion sleep, fitness, training and “overall resiliency.”

Cantrell, who will be retiring next month, said, chiefs “put pressure on ourselves and our leaders not to let those things go.”

When a Naval Academy midshipman asked the panel their advice for junior officers, Giordano said, “Don’t take [the enlisted ranks] for granted. Go listen to them [and] know their skills. You’ve got to know them as people.”

Green said, “You’ve got to get past the fear” of ordering someone to do something; and yes, there are consequences for those orders. He said, “Every headstone [in a cemetery] has a story” about that person’s life and how it ended. “Always think about them [the individual in the command]” But in the military, “we’re always going to take risks.”

“Remember, you’re the decision-maker at the end of the day,” Giordano said.