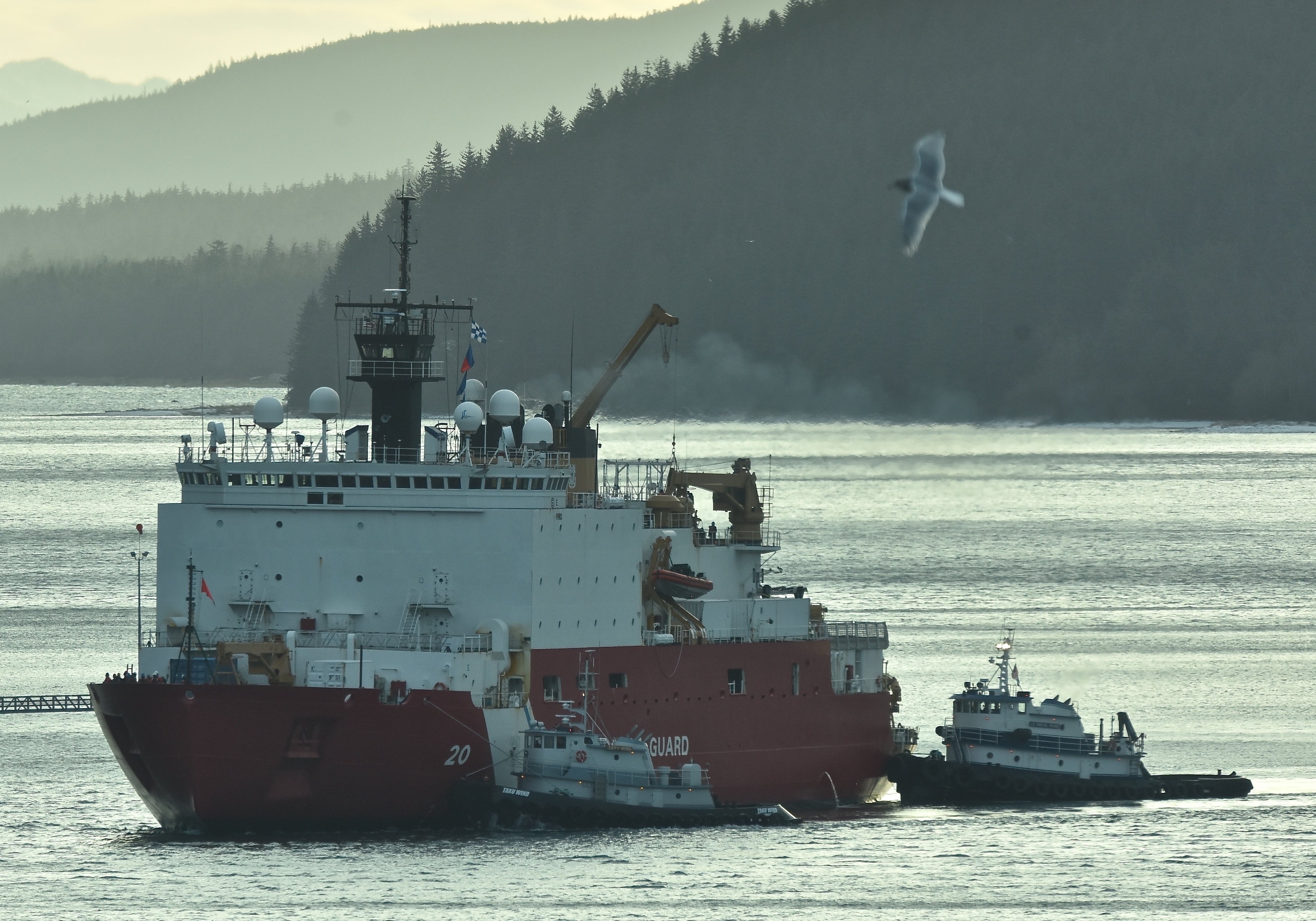 NATIONAL HARBOR, Md. — The Arctic is not a set of obstacles to be conquered but a region where nations should cooperate, a panel of international maritime experts at Monday’s 2018 Sea Air Space exposition said on Monday.

For the United States, the challenge translates to “less ice” and “more traffic,” said Michael Emerson, the Coast Guard’s senior policy adviser for the Arctic.

As a result of the new challenges, an update to the nation’s Arctic strategy is planned to be released next month.

How we support commerce will be a major focus of the strategy, Emerson said. That includes looking at Alaska’s desire to expand economic opportunities for the state in its waters. He mentioned possibly building privately owned icebreakers as one way for the state to pursue that goal.

Retired U.S. Navy Rear Adm. Timothy Gallaudet, acting undersecretary of Commerce for oceans and atmosphere, said the private sector is outspending the government in research and development in the region. He said Washington needed to leverage those private investments in topics like unmanned surface and undersea gliders to unmanned aerial systems to monitor wildlife, fisheries, and changing ice conditions.

“We have an NOAA charting plan for the Arctic,” he said. Only about five percent of its waters are now charted and NOAA is looking to private industry to help with the effort.

Maj. Gen. Ilkka Laitinen, deputy chief of the Finnish Border Guard, said Arctic nations need to share findings in the realm of situational awareness, search and rescue and best operating practices to make the Arctic a safer place to operate.

Korea, France and Japan, as well as China, all sent research vessels into northern waters last year.
“We need to welcome that kind of cooperation,” Emerson said.
“There is a great amount of knowledge we can draw from China.”

While there are border disputes in the Arctic, nations have worked to minimize points of conflict, said Commissioner Jeffery Hutchinson, of the Canadian Coast Guard.

The region “provides an opportunity for shared research and understanding,” he said.
“The Arctic is not a place where we have a race [to determine] who gets what.”

Likewise, Laitenin said Finland and Russia which share more than a 1,600-mile border work together to handle affairs in that area. “It is a given fact that we are in touch with our neighbor.”

The northern polar route, closest to Russia, has seen the greatest increase in traffic, several panelists noted. The traffic is most commonly petroleum or liquefied natural gas shipments where the shipping season in longer and less obstructed with islands.

In a shift of emphasis in Ottawa, Hutchinson said Canada is also looking to draw on the historical knowledge of the indigenous people in the Arctic as it looks at development and challenges. “We have to find room for traditional knowledge.”

One new factor in looking at maritime operations in the Arctic is the two-pronged Polar Code now in place. The first prong covers shipbuilding and design; the second covers master and crew training and operations.

“The Coast Guard will be enforcing that,” Emerson said, as well other Arctic Council nations. While “no one told [the Crystal Serenity cruise ship] not to go through” the Northwest Passage this year as it has in the past, he added that no American ship has yet received a “certificate of operation” for those waters. “This is not a –come-as-you-are-waterway.”