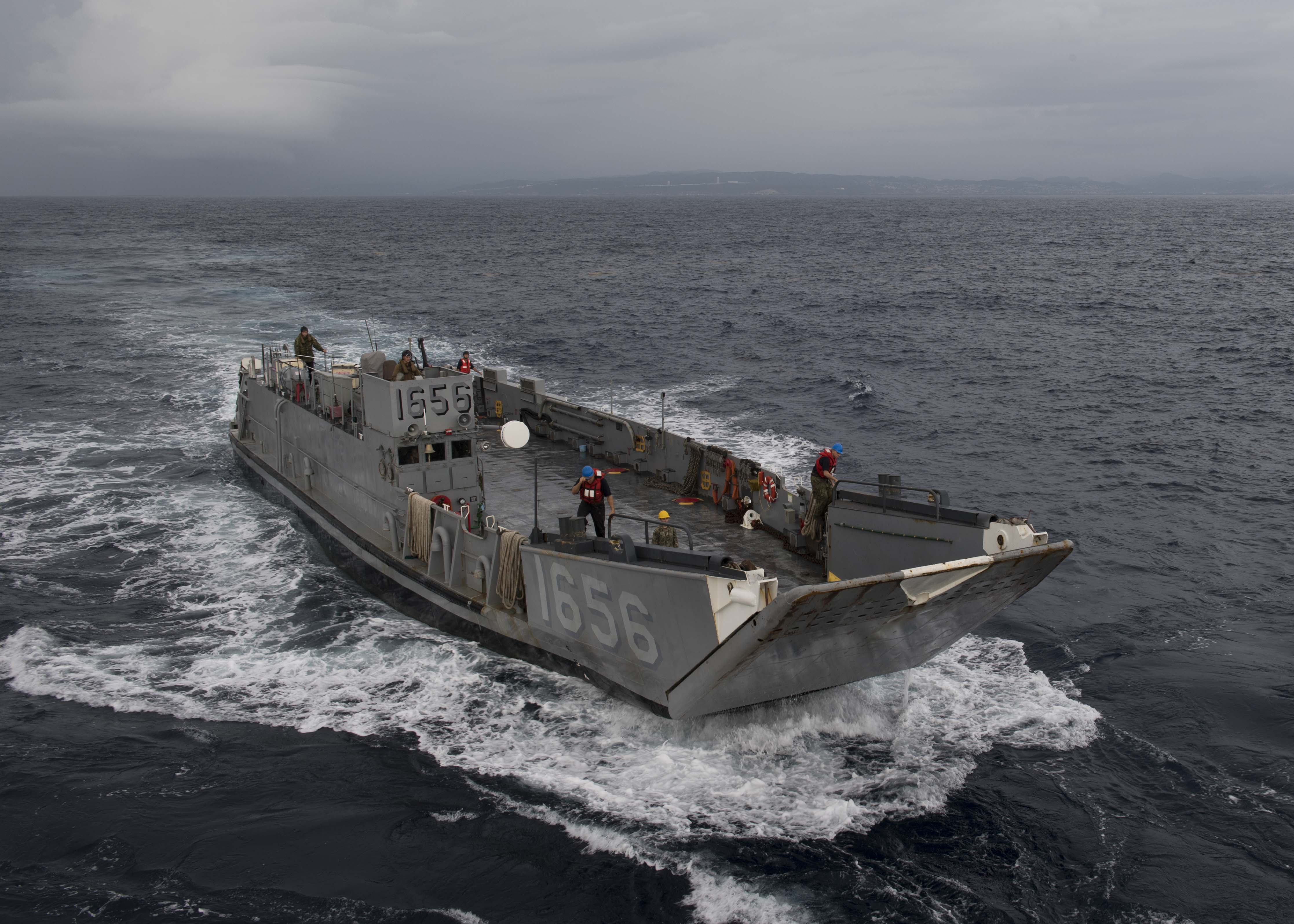 Landing Craft Utility (LCU) 1656 approaches the well deck of the amphibious dock landing ship USS Oak Hill (LSD 51) on Oct. 5, 2017, in the Caribbean Sea. The Department of Defense is supporting the Federal Emergency Management Agency, the lead federal agency, in helping those affected by Hurricane Maria to minimize suffering and is one component of the overall whole-of-government response effort. US Navy Photo

The Navy awarded Louisiana-based Swiftships, LLC an $18-million contract for the detail design and construction of the first Landing Craft Utility (LCU-1700) surface connector, a program that has seen both timeline acceleration efforts and some slow-downs over the past two years.

The LCU-1700 is meant to be a “modified repeat” that looks and functions much like its predecessor, the LCU-1610 that dates back to the late 1950s, with the addition of some improvements to boost reliability and maintainability, according to the service

The LCU replacement effort had been slated to start in 2018, but in late 2015 lawmakers chose to bump up the funding and get started on design efforts with Fiscal Year 2016 dollars – at that time, the average age of the 32 LCUs in the fleet was 43 years, well beyond the 25-year life the craft were built for, creating a readiness challenge for the amphibious force.

To further speed up the design, construction and delivery of the new craft, the program office chose to skip the conventional contract design process and instead conduct a government-led design effort that incorporated industry feedback via a “modified performance specification” strategy throughout the design effort.

Naval Sea Systems Command spokeswoman Colleen O’Rourke told USNI News this week that, “as part of the transition to a modified performance specification strategy, the Navy awarded design studies and analyses contracts in May 2016 to eight industry partners. These efforts studied the Government-developed indicative design, focusing on several areas of interest to the Government design team with specific emphasis on affordability. Together the Navy and Industry identified areas for improvement within the draft statement of work and craft specification.”

Coupled with ongoing affordability studies and model testing run by the program office, “input from all sources was used to inform the development of the final [request for proposals] and craft specifications, which the Government is confident can be transitioned into a successful detail design by the Contractor,” O’Rourke said.

Despite all those efforts to speed up the delivery of the LCU-1700 craft, the contract was just awarded on March 30, compared to an original FY 2017 date and then a January 2018 award date that Navy officials cited when discussing possible effects of an ongoing continuing resolution that funded the government for most of this fiscal year.

“A number of factors protracted the source selection beyond the originally intended schedule, including the need for discussions with the offerors, which resulted in contract award in FY18,” O’Rourke said. 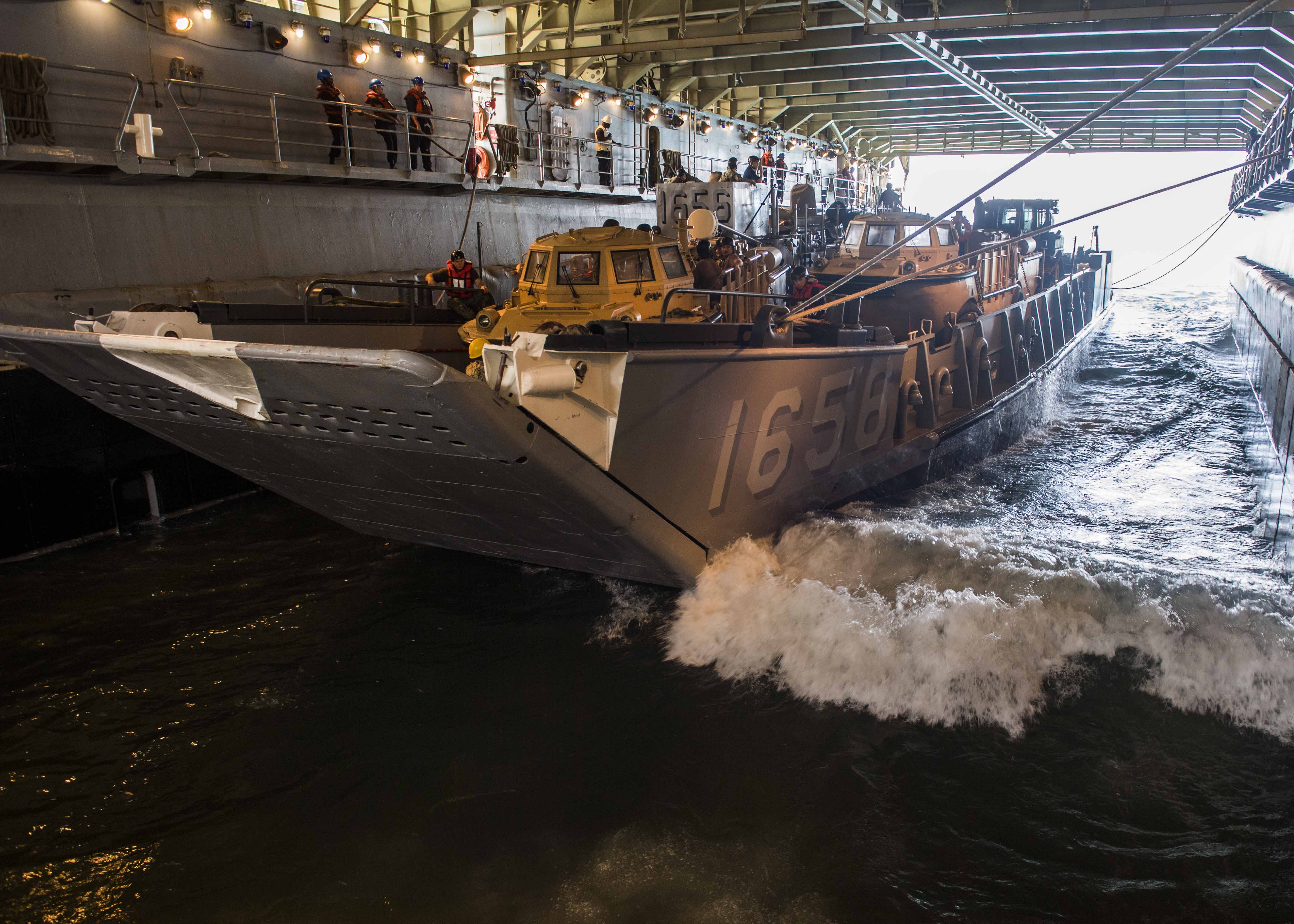 The March 30 contract award is an $18-million fixed-price incentive contract for detail design and construction of one LCU-1700 craft, which is set for delivery about 31 months from the date of the contract award. Options for up to 31 more craft are included, which, if executed, would continue LCU delivery through 2027. The contract also includes options for product support, technical manuals, engineering services and more – which, if exercised in full, would bring the value of the total contract for the LCU-1700 program to more than $429.4 million.

Though the Navy told USNI News in December that it was expecting to award a $32-million contract for the LCU program early this year, O’Rourke said this week that the $18-million award to Swiftships only covered design and one craft, not “product support, special studies, initial spares, interim support or the procurement of Government Furnished Equipment” that may contribute to the total $32 million in planned FY 2018 spending.