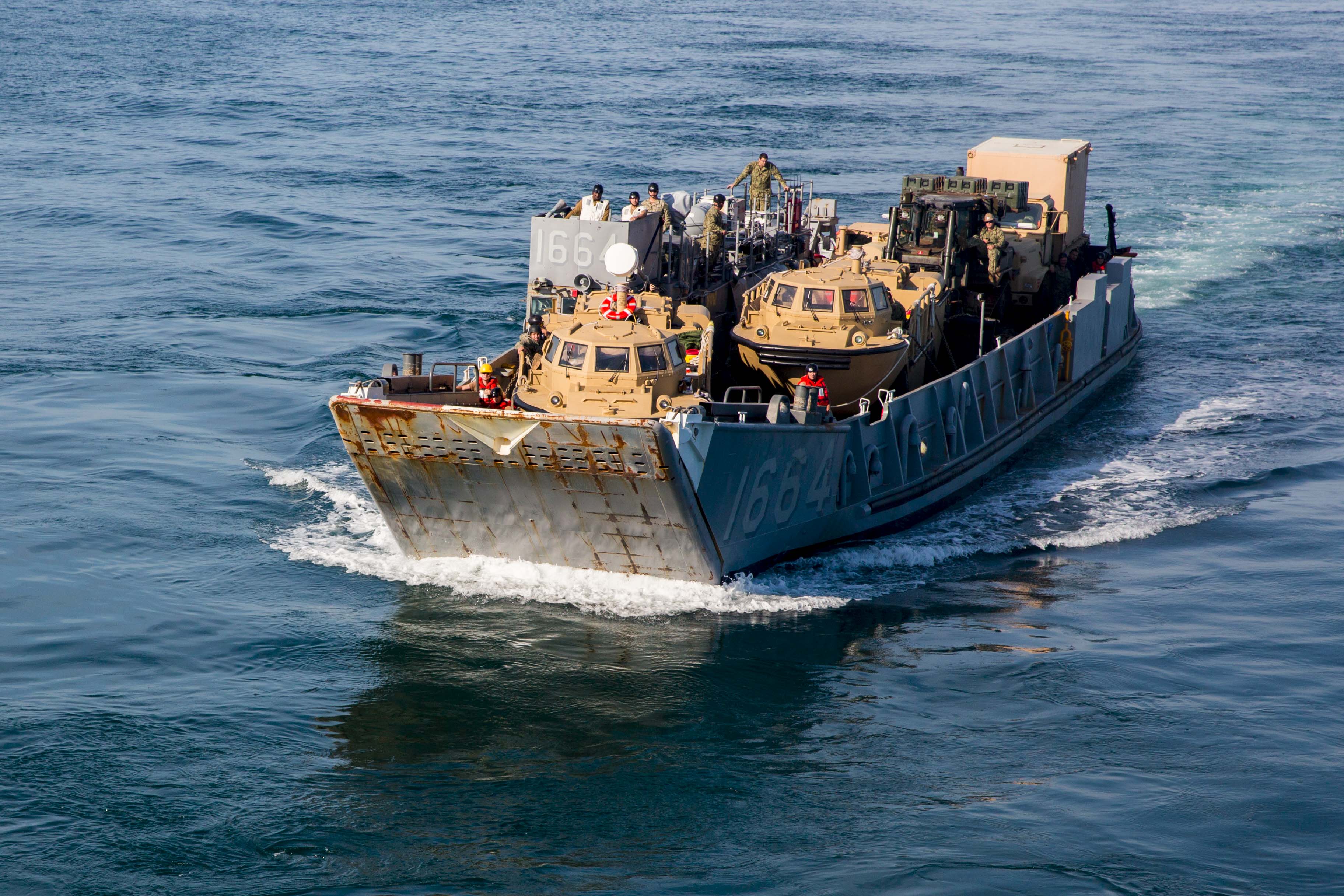 The Navy and industry will soon begin work on the Landing Craft Unit replacement program two years ahead of the original schedule, forcing some concurrent design and model testing but delivering a much-needed replacement sooner.

The new LCU 1700 program, to replace the legacy LCU 1610 craft, was supposed to start in Fiscal Year 2018, but Congress included funding in the current FY 2016 budget to accelerate the delivery of the new landing craft.

Tom Rivers, amphibious warfare program manager in the Program Executive Office for Ships, said at a briefing at the annual Surface Navy Association national symposium that he had intended to follow a traditional acquisition route: “Navy preliminary design, contract design, request for proposals.” That acquisition strategy has been altered to support a compressed schedule.

Instead, he told USNI News after his presentation, the program office will skip contract design and instead bring in industry during the Navy’s preliminary design phase.

“With our approach to do the affordability studies now, what we’re hoping to do is, the only [research and development] program we had left was to do some model testing and some bare hull resistance,” he said. “And so we’ll do that in parallel to the affordability [studies] and then share our results of the model test and the hull with industry” so everyone has all the information as the government designs the follow-on LCU.

Rivers said during his presentation that an announcement would go out on Federal Business Opportunities (FBO.gov) in three to four weeks, with the goal of working with industry early this calendar year, issuing a request for proposals later in the year and awarding a contract in FY 2017.

Replacing the LCS 1610s is important to the Navy because sustaining the legacy craft has become so expensive. The craft are an average of 45 years old, and one is 56 years old – despite the craft being designed for only 25 years of service. Rivers said during his presentation that corrosion has become the biggest cost driver of maintaining the LCU fleet. Hull plating has to be removed and replaced, leading to the Navy spending about $3 million per availability per craft – “basically throwing money away,” Rivers said.

The LCU 1700 craft will be “very very similar in capabilities and in … appearance” to the legacy craft. The footprint has to be the same, since the LCUs will still have to fit in amphibious ships’ well decks. The payload, however, will increase from 140 short tons to 170 so they can once again carry two M1A1 tanks – which have been uparmored since operations in Iraq began, so much so that the old LCUs can only carry one tank ashore at a time. The service intends to buy 32 LCUs to replace the old craft one for one.