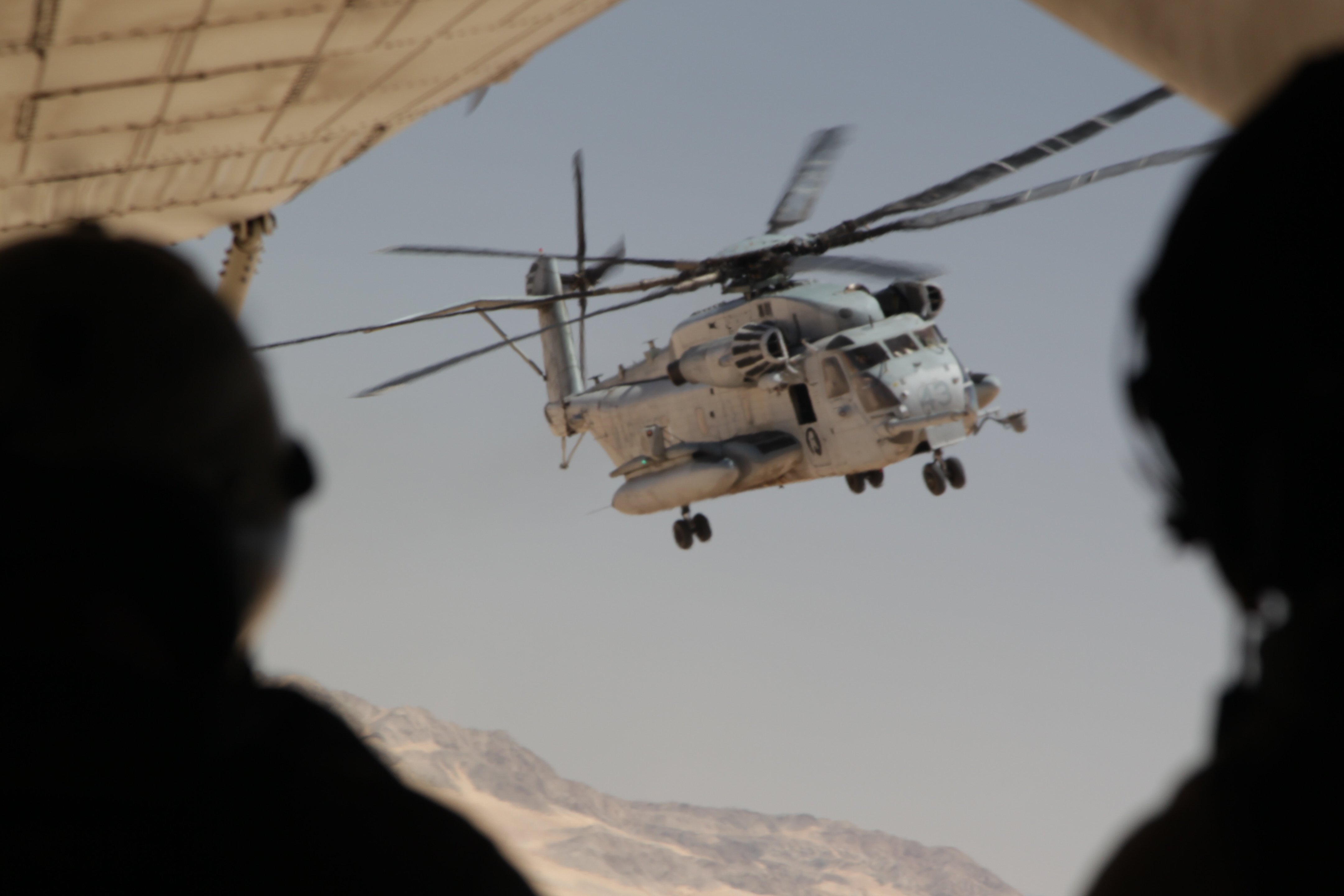 Four Marines were killed in a CH-53E Super Stallion heavy-lift helicopter crash near the U.S. border with Mexico, according to a statement from the 3rd Marine Aircraft Wing.

The helicopter crashed about 15 miles west of El Centro around 2:30 p.m. during a routine training mission, according to the statement. Two local medevac helicopters from nearby Reach Air Medical were dispatched, according to a report in The Desert Review.

“The aircraft departed the Strategic Expeditionary Landing Field at Marine Corps Air Ground Combat Center Twentynine Palms, California, to conduct squadron training consisting of aircraft landings in unimproved zones,” according to a 3rd MAW statement.
“The cause of the crash is currently under investigation.”

The Marines are withholding the names of the dead until 24 hours after the notification of next-of-kin. 3rd MAW’s original statement classified the four Marines as being “presumed dead pending positive identification,” but a news release this evening states the four Marines onboard were killed in the crash.

The incident is the deadliest CH-53E crash since 12 Marines died in early 2016 after two of the helicopters collided off the coast of Hawaii.