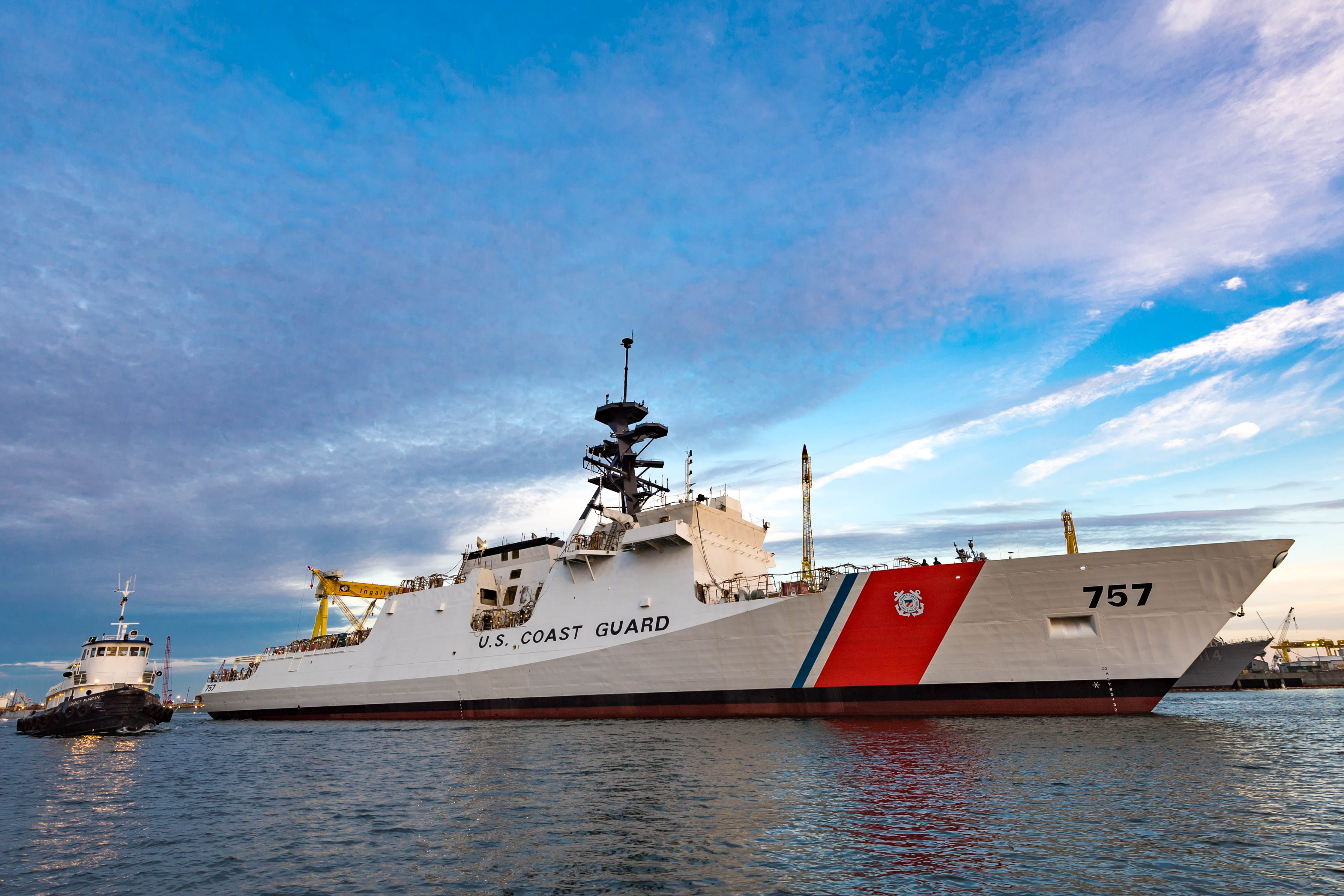 Shipbuilder Huntington Ingalls has been awarded a $94 million long-lead material contract for the tenth Legend-class National Security Cutter for the U.S. Coast Guard.

“The advance procurement funds will be used to purchase major components for NSC 10, such as steel, the main propulsion systems, generators, electrical switchboards and major castings,” the company said in a statement this week.

The money was included by Congress as part of the Fiscal Year 2017 Department of Homeland Security budget and approved earlier this year, according to the Congressional Research Service.

“These ships are enabling the Coast Guard’s missions in not only defending our shores, but also in the detection and interdiction of drugs and other contraband,” said Ingalls president Brian Cuccias.
“Our shipbuilders in Mississippi look forward to continuing this hot production line and producing additional high-quality, state-of-the-art cutters for the men and women of the Coast Guard.”
HII’s Ingalls shipbuilding in Pascagoula, Miss. is currently building the seventh, eighth and ninth National Security Cutters, Kimball (WMSL-756), Midgett (WMSL-757) and Stone (WMSL-758).

The 4,500-ton Legend-class cutters average about $695 million a hull and were originally planned to replace the legacy 12 Hamilton-class high-endurance cutters. The original plan of eight cutters grew to ten with Congress directing more funds toward the program. The Legend-class ships are 40 feet longer, have more sophisticated Command, Control, Communication, Computers, Intelligence, Surveillance and Reconnaissance (C4ISR) equipment, and have added small boat and aviation operations capabilities.