Africa was the topic for the Senate Armed Services Committee on Tuesday, but what China was up to from one end of the continent to the other was its members’ recurring concern during Tuesday’s hearing.

The sharpest congressional focus zeroed in on Beijing’s maritime business interests in Djibouti, the Horn of Africa Nation where China’s positioned its first overseas base. There it is a close neighbor to the United States.

Marine Corps Gen. Thomas Waldhauser, the senior officer of Africa Command, told the panel in that crucial country near the Suez Canal, the United States could face significant consequences if China expanded its control of port operations there.

As matters stand now, the Chinese already control two portions of the country’s largest port operations, its own military facility and a container cargo handling facility that provides American, French and other forces spare parts and provisions, he said. “We also use the fuel port quite a bit” for ground and air operations.

Djibouti seized control of a third part of the port from a Dubai corporation that it said was failing to meet its contract. Dubai has protested the move.

But the point raised Tuesday and during last week’s House hearing on Africa Command was Djibouti’s announced intention to bid the third port out for a new contract that the Chinese are expected to make an offer on.

This build-out on the Horn of Africa would be in keeping with recent moves by Beijing in its “One Belt, One Road” economic initiative across Asia into the Middle East to the Mediterranean and the port and maritime business expansion in Pakistan, Waldhauser said. 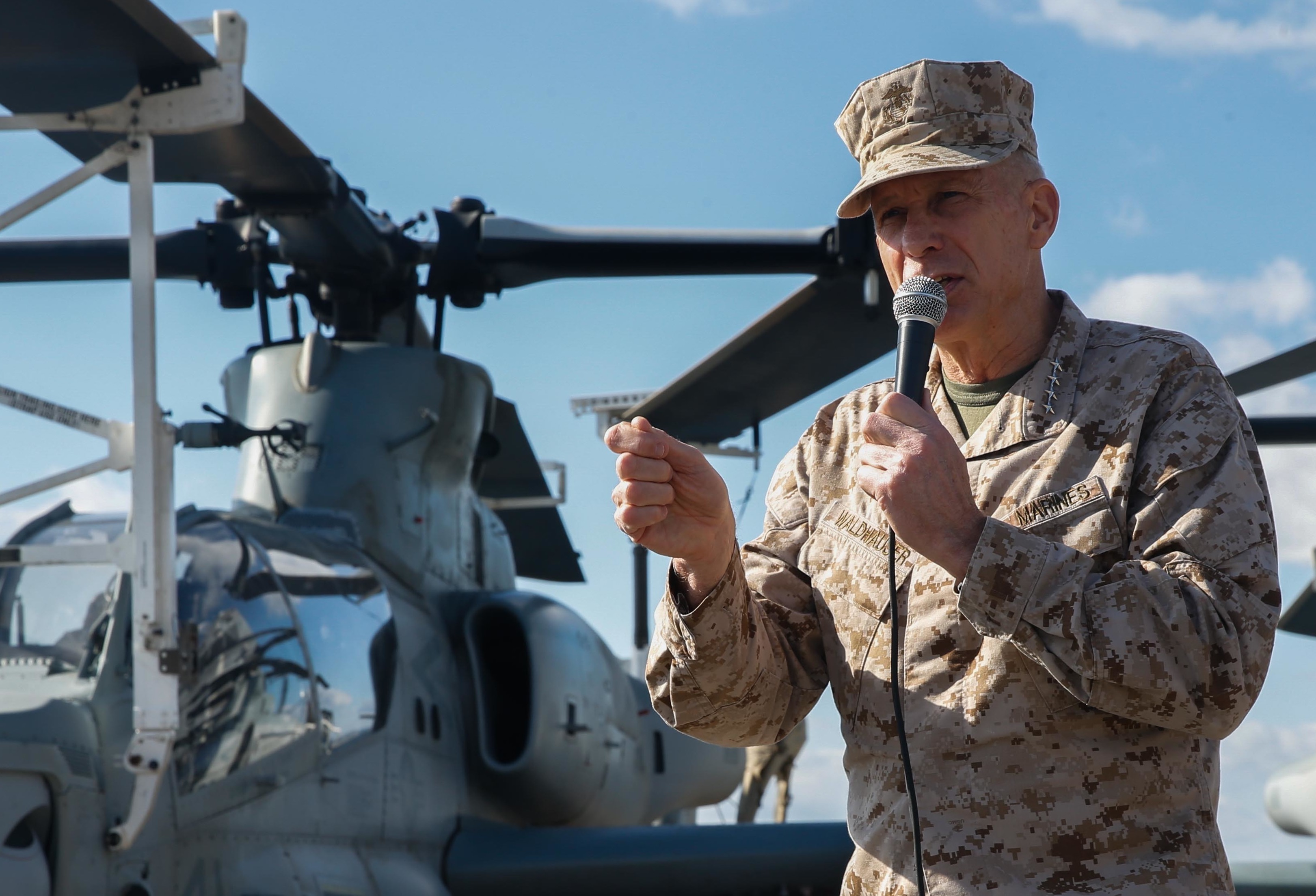 In prepared testimony, Waldhauser noted, “U.S. Africa Command views security and access to Djibouti as a top priority. Consequently, we continue to monitor this development to ensure U.S. interests are not deterred.”

The American base houses about 4,000 service members, including special operations forces, and is a staging area for operations across the Red Sea in Yemen and also against the al Shabaab Islamic extremists in Somalia. European and Central Commands also use Camp Lemmonier.

In addition to its opening of a military base that it also uses in regional and international humanitarian, peacekeeping and anti-piracy efforts, China has made large infrastructure investments on the continent, such as hospitals, schools and government offices in Zimbabwe.

The attempt to spread influence extends into the military.

Waldhauser said China’s National Defense University “graduated about 100 foreign students” from Africa. By contrast, he said the United States had about 850 African military graduates from its schools and attend professional military conferences in the last year.

“Very few if any on the challenges on the African continent can be solved by military” means alone, he said in his opening statement. Using a “by-with-and-through” strategy with nations like Chad, Nigeria, Somalia, the goal is “keeping pressure on violent extremist organizations” like al Shabaab, who launched a truck bomb attack in October that killed 500 in Mogadishu, and Boko Haram, operating in a number of countries from a Nigerian border region and infamous for its campaigns of kidnapping, rape and murder.

Although a number of key diplomatic posts have not been filled on the continent, including the ambassadorial position in Somalia, Waldhauser said the command continues to work with State Department officials in Africa. One example he cited is how it “works very closely with the charge’ [who] does a great job” with the Mogadishu government in building up its capacity in delivering services and the capacity of its military to control extremists.

Waldhauser described many of the nations on the continent as being “fragile states” from Libya where Russia is playing a larger role in trying to influence events there to the Sahel, a broad stretch of territory below the Sahara desert from the Atlantic Ocean to the Red Sea where Islamic State-affiliated groups have taken root.

The dangers from violent organizations, such as “ISIS West” in the Sahel, is their professed goal of operating well outside the region — Cameroon, Chad, Niger and Nigeria — in spreading terror to advance extremist ideology — into Europe and the United States.

“All the countries on the continent, for the most part, want us” to be there economically, diplomatically and to provide support militarily. “A little [investment of capital and manpower] goes a long way,” Waldhauser said.

As the hearing began, Sen. James Inhofe, (R-Okla.), filling in as chairman, said the committee would defer questions on Waldhauser’s report on the deaths of four special operations soldiers in Niger until after Defense Secretary James Mattis has had time to review.

“We want time for the families to know what happened,” he said.