The last Flight IIA Arleigh Burke guided-missile destroyer will be named for an Irish-born Marine who earned the Navy Cross during the Vietnam War, Navy Secretary Richard V. Spencer announced in a Washington, D.C. ceremony on Monday. 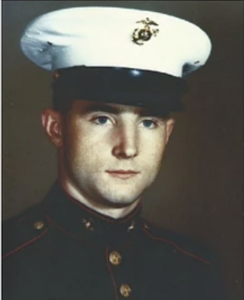 The future USS Gallagher (DDG-127) will be named in honor of Lance Cpl. Patrick Gallagher. An immigrant from Ballyhaunis in West Ireland, Gallagher joined the Marines in 1966 and shortly after shipped out to Vietnam with 2nd Battalion, 4th Marine Regiment.

Early in the morning on July 18, 1966 near Cam Lo an enemy soldier threw a grenade in his defensive position.

“Lance Corporal Gallagher, awake and displaying keen presence of mind, immediately kicked the grenade out of the position where it exploded at a safe distance,” read the citation for Gallagher’s Navy Cross.
“Another enemy grenade followed and landed in the position between two of his comrades. Without hesitation, in a valiant act of self-sacrifice, Lance Corporal Gallagher threw himself upon the deadly grenade in order to absorb the explosion and save the lives of his comrades.”

Miraculously, the grenade did not detonate until his squad leader told him to throw it in the water where it immediately exploded. He was killed a year later near De Nang on March 30, 1967. He was one of 30 Irish citizens killed during the war. 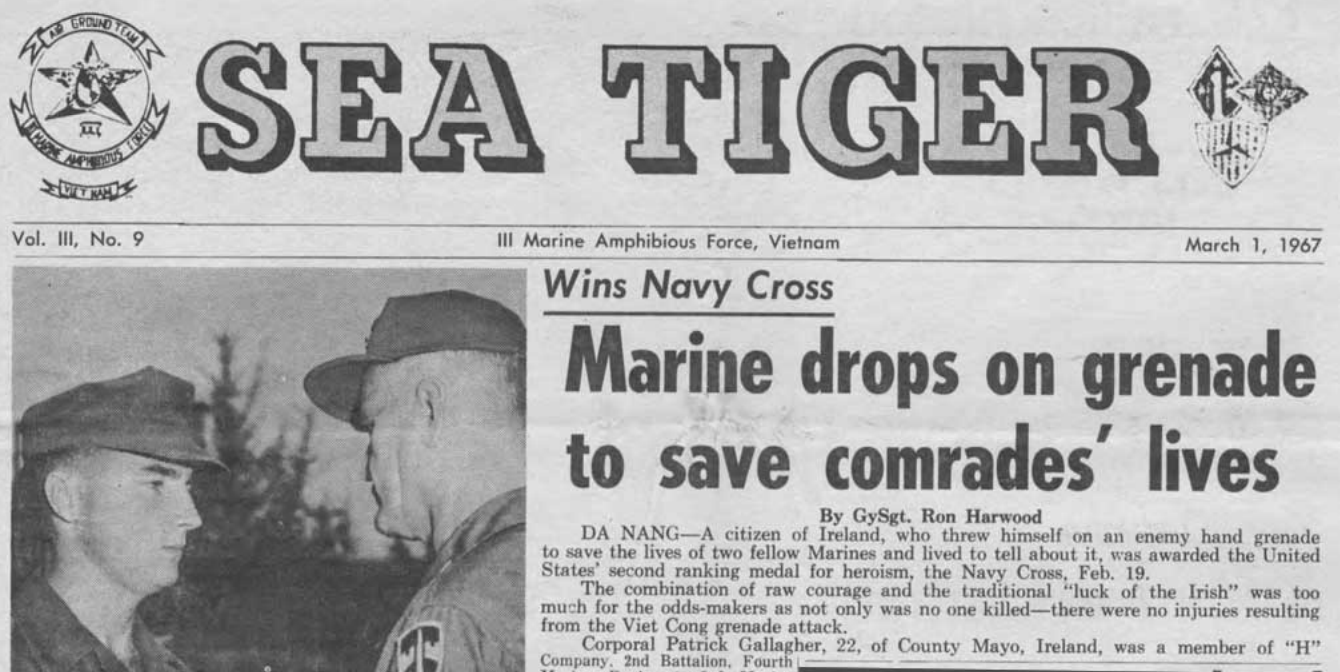 “Lance Cpl. Gallagher is an American hero. His exemplary service in defense of our nation and his strength and sacrifice leaves an example for all servicemen and women to emulate,” Spencer said in a statement.
“His legacy will live on in the future USS Gallagher and his heroic actions will continue to inspire future sailors and Marines.”

The ship will be built at the General Dynamics Bath Iron Works shipyard in Bath, Maine. The destroyer will be the last Flight IIA configuration of the Burke destroyer-class before the Flight III configuration.

The numerical mismatch is due to nature of how the contracts for the ships were awarded by the Navy and funded by Congress.

“DDG-126 was awarded under the contract that was part of a multi-year competition for DDG 51-class destroyers in 2013. DDG-127 was approved by Congress under separate legislation,” read a statement from General Dynamics in September.