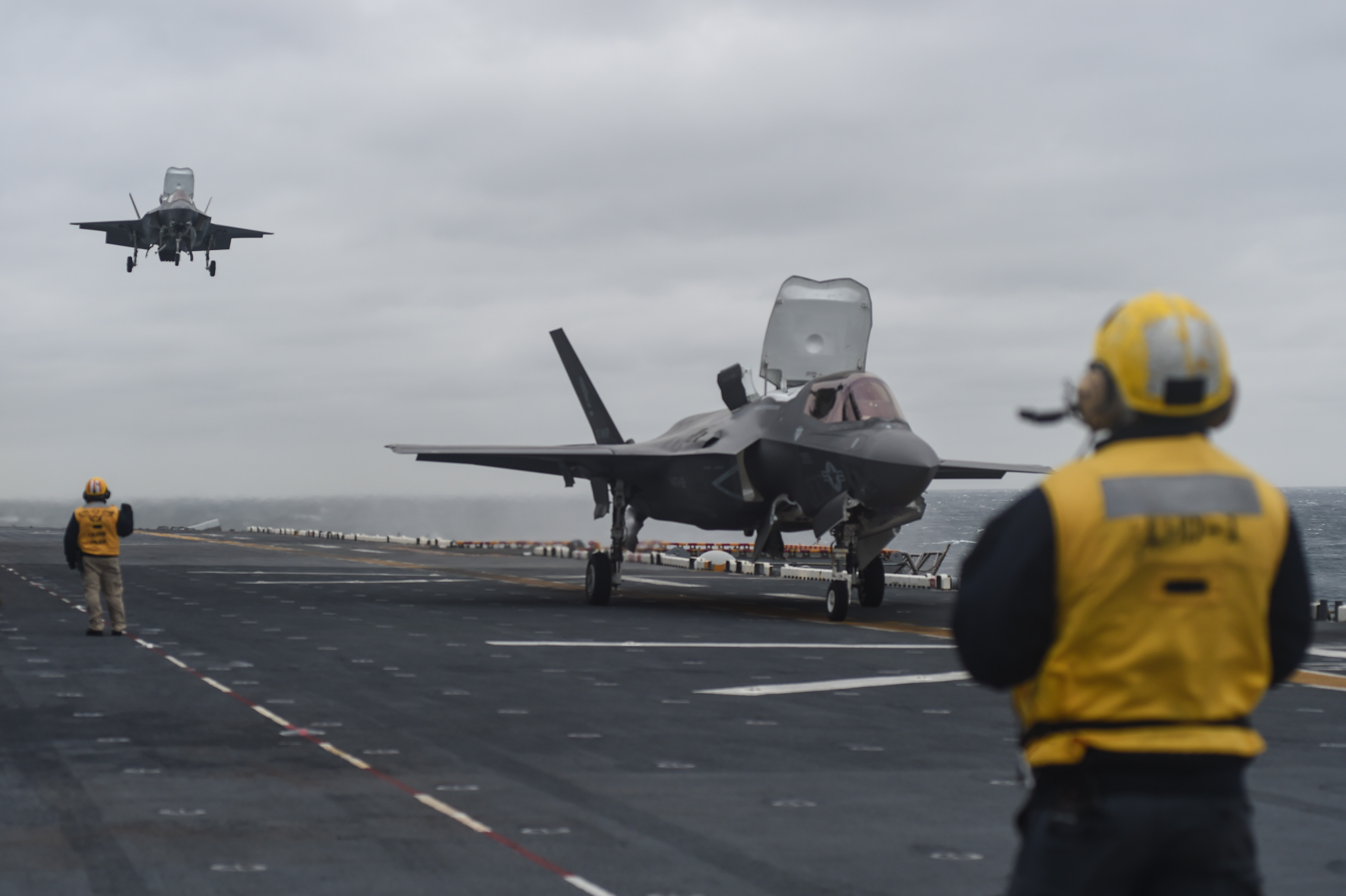 “We understand that the F-35 program needs to reduce F-35 operations and supports costs by about one-third to meet service budget goals for affordability,” said Rep. Mike Turner (R-Ohio) on Wednesday.

Turner, the chair of the House Armed Services subcommittee on tactical air and land Forces, summarized the mood of lawmakers from both sides of the aisle and from both chambers of Congress.

The current production price runs between $94 million and $120 million per jet, depending on the variant. Pentagon officials are in negotiations with primary contractor Lockheed Martin to sign the contract for the next batch of F-35 fighters.

“With price, I’m encouraged, but not satisfied with reductions,” said Vice Adm. Mat Winter, the Department of Defense director of the F-35 Joint Strike Fighter program, during the Wednesday hearing.

The F-35’s builder, Lockheed Martin, also recognizes the current cost per jet is not sustainable. Lowering the F-35 cost per jet to $80 million by 2020 is driving Lockheed Martin’s production strategy for the next two years, said Chief Executive Marillyn Hewson, while speaking with reporters on Monday.

As the company increases production to near full capacity, Hewson said the cost per jet will drop because of savings achieved through economies of scale. In 2017, Lockheed Martin delivered 66 F-35 aircraft, and expects to deliver 90 F-35 aircraft in 2018.

“The F-35 it’s always a complex negotiation, it’s a very large program and it’s a very important program for our customers,” Hewson said. “Our goal is to work directly with our customer and provide the information they need and have the appropriate look at what the cost is for the aircraft, so we can get to closure with the negotiation.”

Both Hewson and Winter have said negotiations are continuing in good faith. After Wednesday’s hearing, Winter said he expected to announce an agreement next month and an award in May.

On Tuesday, members of the Senate Armed Services subcommittee on seapower quizzed Navy and Marine Corps aviation leaders about the cost of building and maintaining the F-35.

A lot of the parts of that aircraft are very expensive. If there a component fails or parts need replacing, the Pentagon has to go to the manufacturer to create new parts. Funding for a components and parts replacement program was included in the pending FY2019 budget, said Vice Adm. Paul Grosklags, the Navy’s commander of Naval Air Systems Command.

In a few situations, a part could be covered by a warranty, but Grosklags said for the most part, the Pentagon’s ability to negotiate warranties is limited by congressional language dating back several years.

The cost of spare parts and components, though, is partly why the F-35 is expensive to fly. On Wednesday, when asked a similar question in the House hearing about maintenance costs, Winter explained the first batches of F-35 aircraft built are more expensive to keep in the air, in part, because they were built when capabilities were still being developed and now need updating.

Controlling maintenance costs has also been a challenge because of problems getting spare parts delivered in time, especially to forward locations. The Autonomic Logistics Information system, known as ALIS, was described by Pentagon officials as being hard to use and requiring the use of contractors for longer periods of time than originally expected.

“There are many things contractors do that our sailors can and should do,” said Rear Adm. Scott Conn, the Navy’s director of air warfare during Wednesday’s hearing.

“Looking back knowing what you know, was it a good idea?” Wicker asked.

As of now, the Navy is on track for the F-35C to be tested later this year and early in 2019, Grosklags said, with initial operational capability to be achieved before a planned Fiscal Year 2021 deployment.