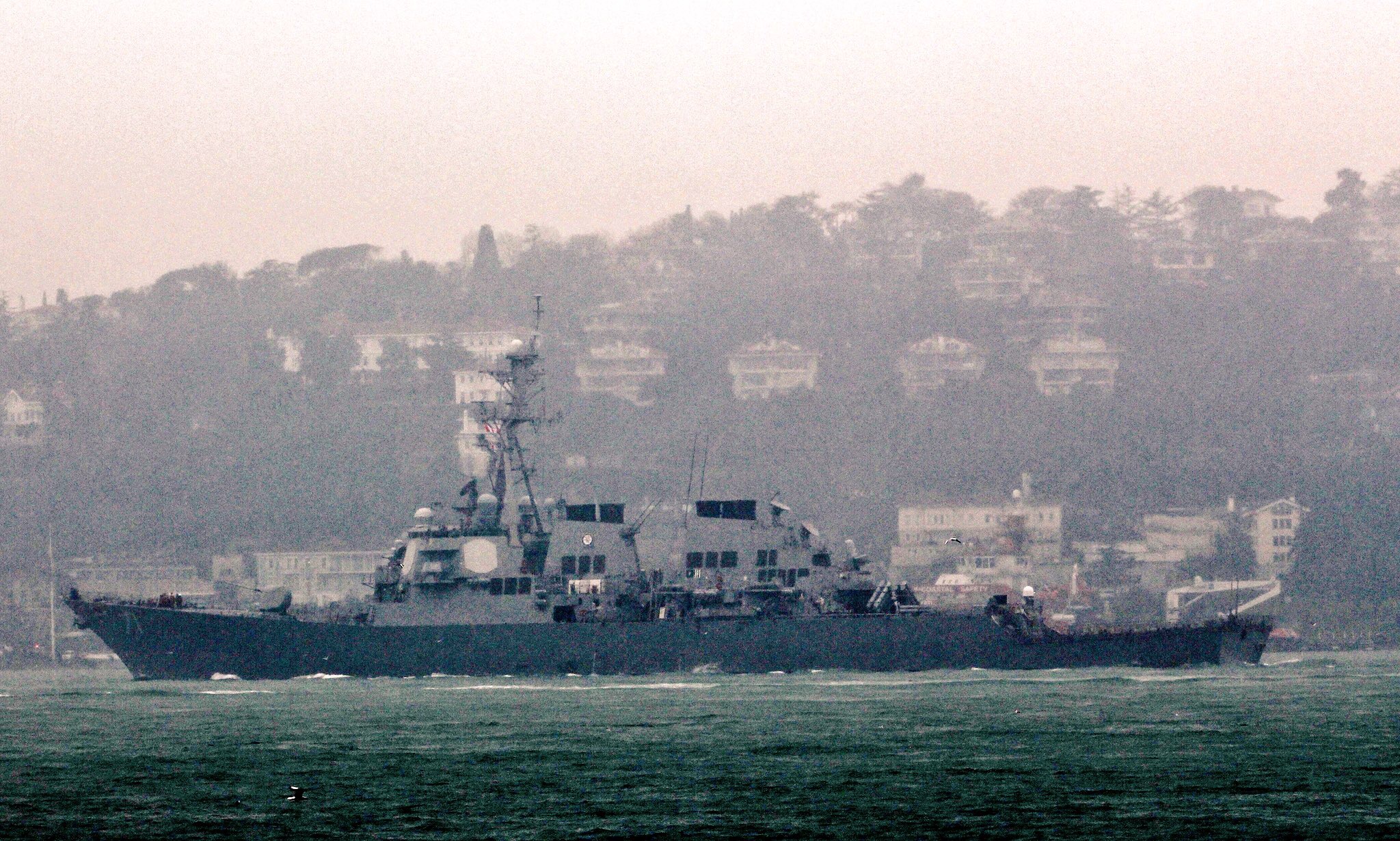 During its Black Sea cruise, Ross conducted a refueling at sea with oiler YCG Yuzbasi Kudgret Gungor (A-595) from NATO ally Turkey, paid a port visit to NATO ally Romania, and accomplished several routine weapons exercises including an “all guns” exercise, according to a release from U.S. 6th Fleet.

USS Carney (DDG-64) joined Ross in the Black Sea. The ships were operating as part of an unspecified regional “proactive” presence mission in the sea bordered by Russia, according to the Navy.

“Entering and operating in the Black Sea allows us to capitalize on the inherent flexibility and capability of naval forces, which in turn allows us to maintain the right presence where it’s needed, when it’s needed,” said Cmdr. Bryan S. Gallo, commanding officer of Ross in a statement.
“The United States stands together with our NATO allies and partners to maintain a safe, secure and prosperous European region and global security environment. I believe strong relationships support an increase in peace and prosperity throughout the region.”

Ross’ visit to Romania occurred as the country is putting the finishing touches on the new headquarters for the NATO Multinational Division South East. “When fully operational, it means that it has all the capabilities needed to act as a two-star Command to conduct a military action in the area of responsibility,” said Gen. Nicolae Ciucă, the chief of the Romanian General Staff, in a November interview with Radio Romania.

Russian officials, according to Russian media reports, sounded skeptical of Ross’ stated mission of promoting safety and security in the Black Sea.

“The US is seeking a reaction to its provocative behavior, which could serve as an excuse for more serious action on the part of the Americans and their allies,” said Yury Shvytkin, the deputy head of the Russian State Duma Defense Committee in an interview with the Russian state-owned station RT.

In the past, U.S. ships have had close calls with Russian fighter jets. In 2015, Ross was treated to a series of Russian fly-bys. The several encounters between Ross and Sukhoi SU-24 Fencer fighters over the course of three days were described by Navy officials at the time as “normal and safe.”

During the February operations, a Navy spokesperson said the patrol went according to plan and there was no interaction between Ross and Russian forces.

Ross is forward-deployed to Rota, Spain, and is currently on a routine patrol in the U.S. 6th Fleet area of operations, which includes the Adriatic, Baltic, Barents, Black, Caspian, Mediterranean and North seas, and approximately half of the Atlantic Ocean, from the Arctic Ocean to the coast of Antarctica.