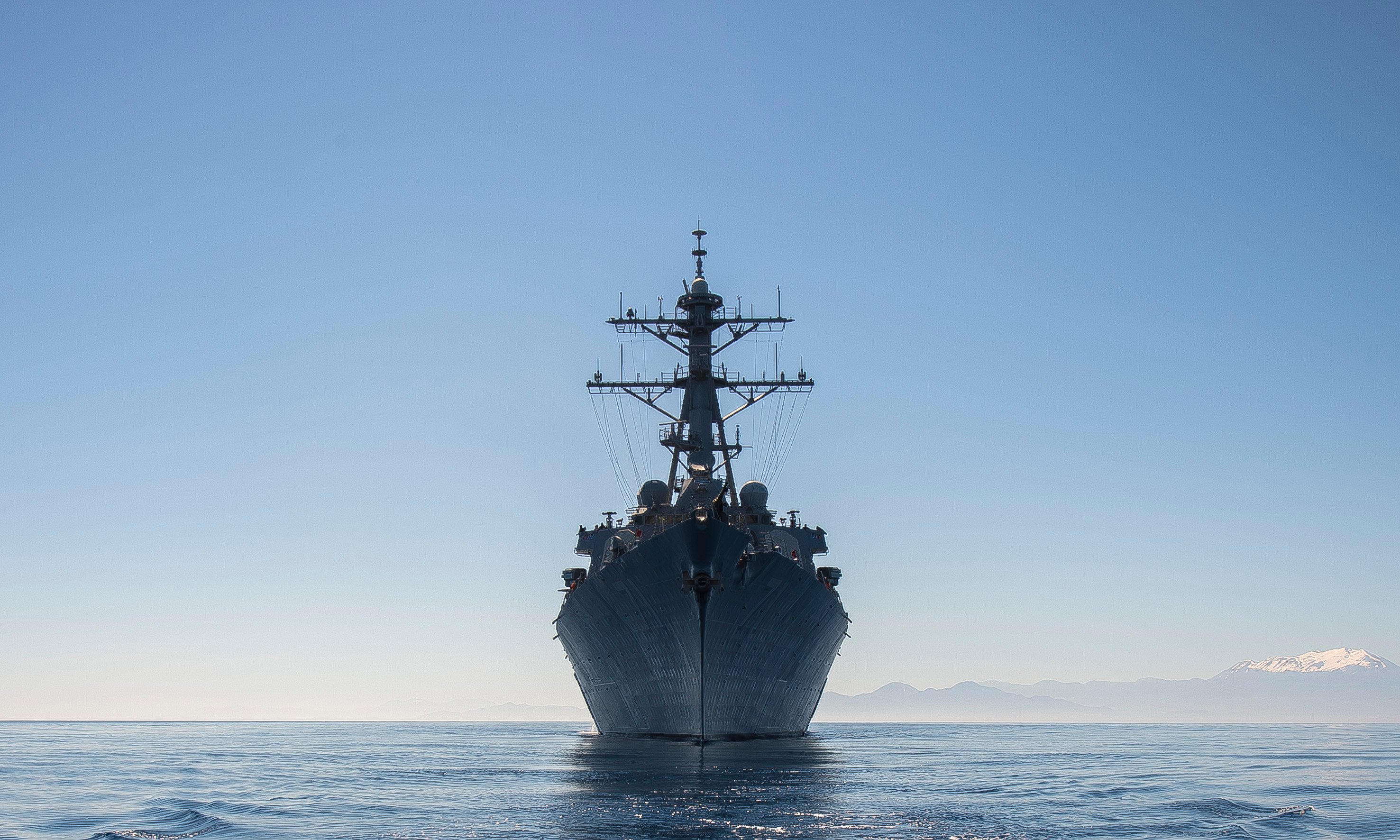 The Pentagon is pushing back against anonymously sourced reports in state controlled Russian media that guided missile destroyer USS Ross (DDG-71) was chased from Russian controlled waters in the Black Sea by Russian fighters over the weekend, U.S. officials told USNI News.

Several Russian reports —citing military sources in Crimea and the Russian defense ministry — claimed the destroyer was approaching or had entered Russian territorial waters in the Black Sea and had prompted a scramble of an unknown number of Sukhoi SU-24 Fencer fighters.

“The crew of the ship acted provocatively and aggressively, which concerned the operators of monitoring stations and ships of the Black Sea Fleet,” state news agency RIA Novosti quoted a Russian military official in Crimea.
“[Launching of the Fencers] demonstrated to the American crew readiness to harshly prevent a violation of the frontier and to defend the interests of the country.”

Russia seized the Crimean peninsula last year in March from Ukraine and has since built up its military power in the region. Since the seizure the U.S. and NATO ships have stepped up their own patrols in the Black Sea sending a mix of warships and surveillance vessels into the region. Ross entered the Black Sea on May 23.

U.S. Navy officials — reached by USNI News on Monday and Tuesday — said Fencers had safely over flown Ross on May 29, May 30 and on Monday in encounters the service described as “normal and safe.”

“From our perspective it’s much ado about nothing,” Navy spokesman Lt. Tim Hawkins told USNI News on Monday morning.

In a Sunday statement, U.S. 6th Fleet said Ross and the Fencers had “no interaction” when they were both operating near each other in the Black Sea.

“Ross continued on her mission after observing the aircraft return to base. At no time did Ross act aggressively nor did she deviate from her planned operations. The conduct of her crew has been and continues to be professional,” read the statement.

A video released by 6th Fleet, shows a Fencer, not carrying missiles, take a pass near Ross on Saturday when the ship was about 25 nautical miles from the Crimean peninsula Navy officials told USNI News.

Russian sources also connected the most recent incident to the April 2014 Fencer over flight of USS Donald Cook (DDG-75) — an incident the Pentagon characterized as, ”provocative and unprofessional” at the time.

“Apparently, the Americans have not forgotten the April 2014 incident when one Su-24 practically ‘blacked out’ all of the electronics on board the newest American destroyer Donald Cook,” the source told RIA Novosti.

Following the 2014 Fencer flyby, reports in fringe Russian language blogs claimed the SU-24s were armed with a new jammer that rendered the SPY-1D radar inoperable on Cook — one of the Navy’s older guided missile destroyers.

At the time of the reports in 2014, USNI News investigated the possibility of a Russian super jammer capable of being fielded by a Fencer.

Several aviation and radar experts told USNI News the likelihood of a Russian fighter sized aircraft fielding a jammer capable of rendering a SPY-1D completely inoperable — as some Russian publications have claimed — was extremely remote.

The following is the complete May 31, 2015 statement from U.S. 6th Fleet on the encounter with Russian fighters.

USS Ross (DDG 71), forward-deployed to Rota, Spain, is on a routine patrol conducting naval operations with allies and partners in the U.S. 6th Fleet area of operations in order to advance security and stability in the Black Sea region.

Ross observed the routine flights of SU-24 aircraft and had no interaction while both operated in international waters. Ross continued on her mission after observing the aircraft return to base. At no time did Ross act aggressively nor did she deviate from her planned operations. The conduct of her crew has been and continues to be professional.

The U.S. Navy operates ships in the Black Sea on a routine basis, consistent with the Montreux Convention and International Law.