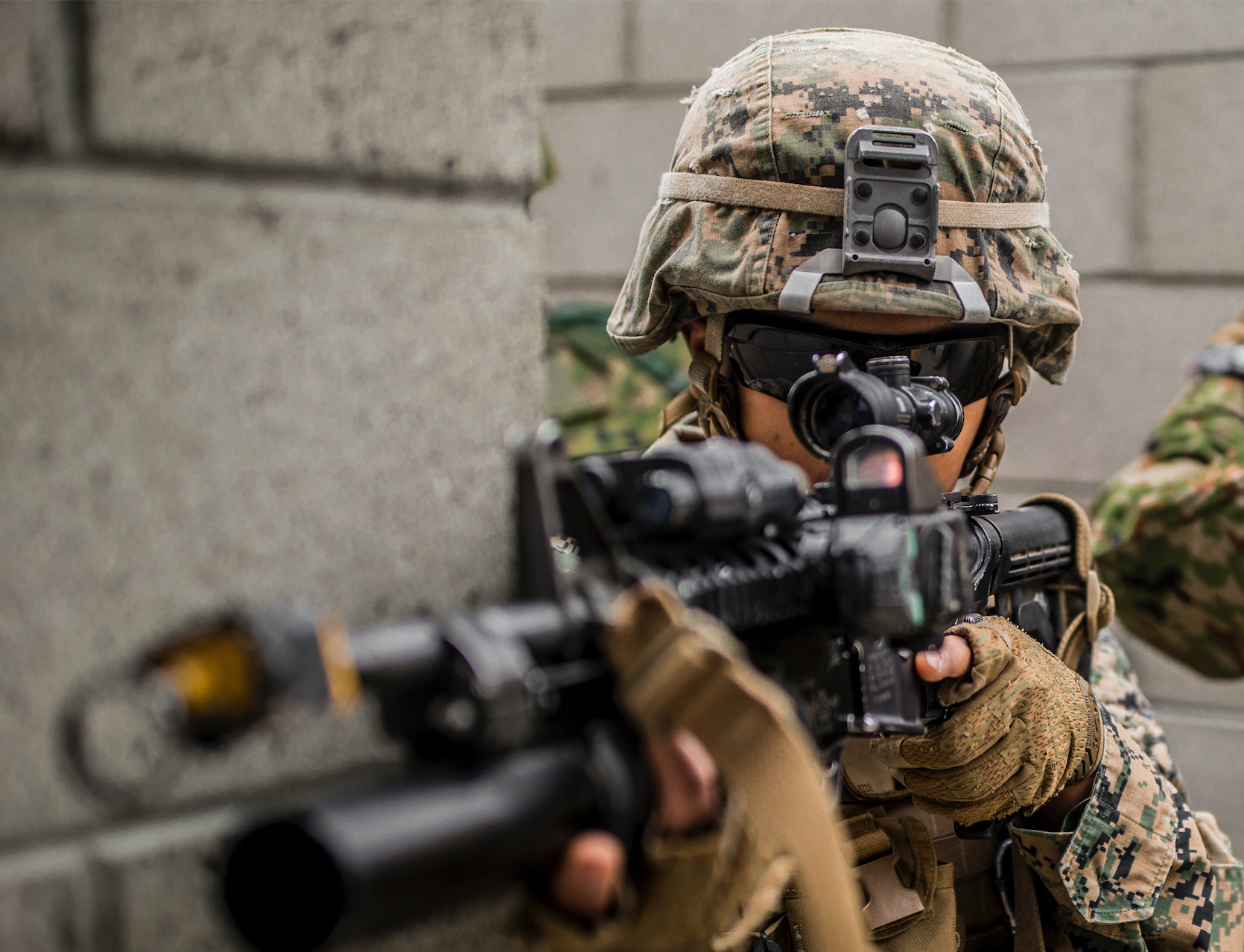 SAN DIEGO, Calif. — Navy type commanders have boosted the quality of their training events to prepare for battle against a peer or near-peer competitor and continue to look for ways to make their training more complex and operationally relevant.

1st Marine Division Commanding General Maj. Gen. Eric Smith said earlier this month at the WEST 2018 conference that all his training is now based on actual operational plans – a departure from previous training against notional adversaries that starts on the lower end of the warfare scale and works up the range of military operations.

“All of our training scenarios are against a peer or near-peer competitor. They’re all based on O plans. If it’s not based on an O plan, then don’t do it,” he said at the conference cohosted by the U.S. Naval Institute and AFCEA.
“There’s added incentive for the young Marines to actually go out and execute in a training that has a real name, not the Dakotians or whatever else you make up in some of our scenarios – it’s got to be an O plans-based scenario so that you have skin in the game.”

The Marines are also including scenarios in their training events now that had been overlooked for nearly two decades, while the service was focused on a counter-insurgency and stability operations mission set.

“We’re trying to make sure the Marines are instilled with the confidence to be able to go against a peer competitor. Some of it is as simple as air threats: we haven’t had a bomb dropped on us in almost 70 years, you have to begin to prepare yourselves for an aviation threat which we haven’t faced since the ‘50s. We’re doing that,” Smith said.
“Chemical, biological, radiological, nuclear responses: we’re prepping for that in a significant manner, with the proliferation of chemical weapons. So the basics of putting that individual Marine in his MOPP (mission-oriented protective postures) suit, MOPP 4 gas mask and entire suit and leaving him there for eight, 10, 12 hours, that is something that hasn’t been done for a while but you have to do it.”

Additionally, even as new and more capable gear is added to the Marine Corps – the F-35B Lighting II Joint Strike Fighter with significant data collection, computing and sharing capabilities, and advanced radios and command and control systems to keep up in an information-based environment – the service is also training for a communications-denied environment.

Smith said the Marine Corps is expecting “a fight of signatures” and is excited for this type of battle because “if we go to a completely comm-degraded environment, I win all day long because it’s about training – because if nobody’s talking, I win because I will guarantee you the Marines that we have are far better trained than the soldiers or Marines we’d go up against. If they can’t talk and I can’t talk, I win all day long.”

Vice Adm. Joseph Tofalo, commander of U.S. Naval Submarine Forces and U.S. Naval Submarine Force Atlantic, said the submarine force is increasing its submarine-on-submarine training time to help prepare crews for not only peacetime operations but also for the potential for a higher-end event. The force is also renewing its focus on tactical development – after performing just five tactical development exercises in 2015, SUBFOR conducted 24 in 2016. Those exercises were also performed in a more realistic environment and brought in the Undersea Warfighting Development Center to help develop and refine the tactics. 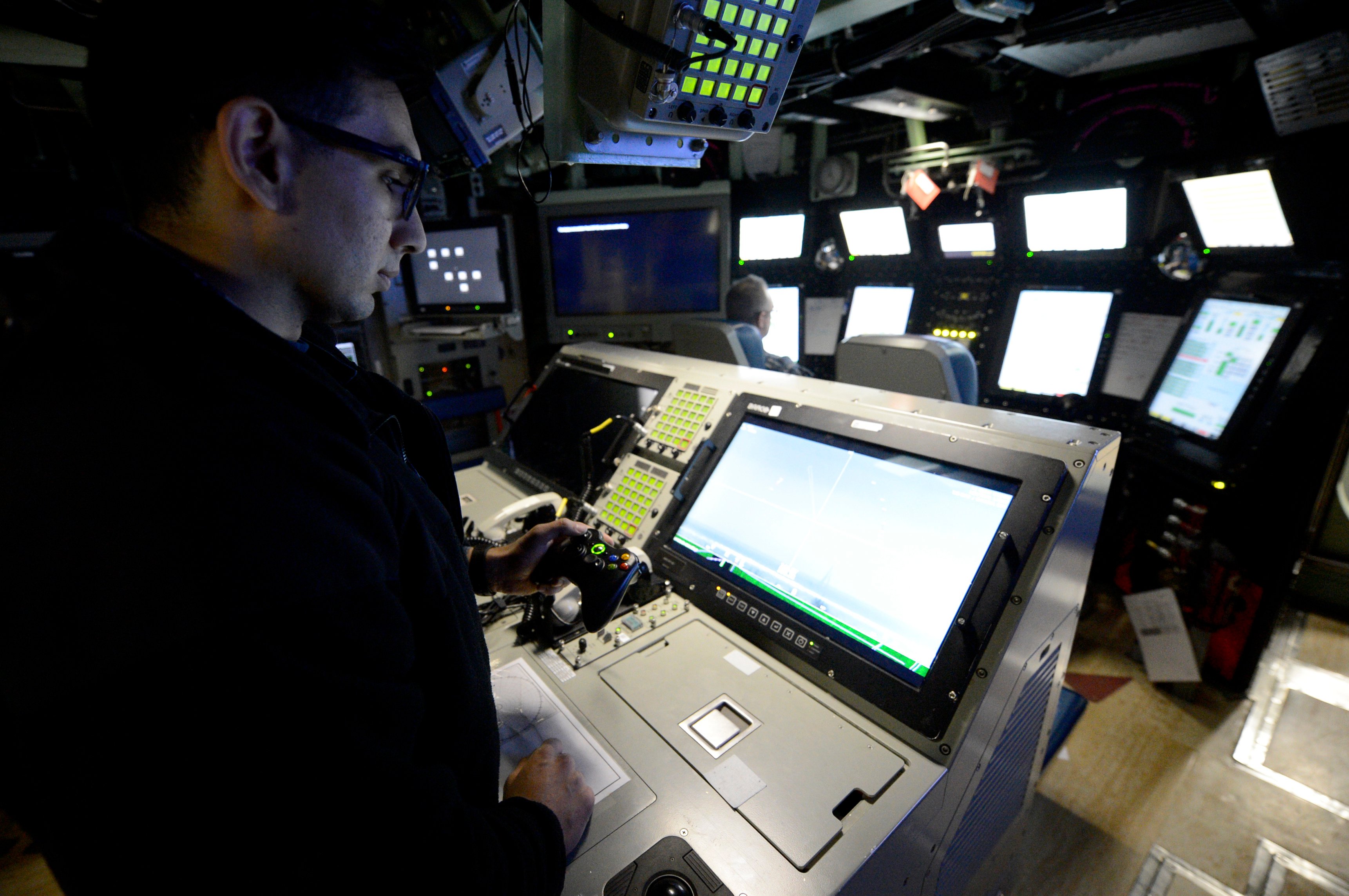 Additionally, Tofalo said, the submarine force has been working on an electronic warfare campaign plan to ensure the policy, doctrine, training, materiel and support systems are all focused on and prepared for a potential EW fight.

On the aviation side, Vice Adm. DeWolfe Miller, who recently took over as commander of Naval Air Forces and Naval Air Force Pacific, said acquisition and, more importantly, training are focused on a high-end peer competitor.

“I don’t like to call it a near-peer threat, I like to call it a peer threat,” Miller said.
“Growing up, the Soviet Union was 10 feet tall, and I like training against that 10-feet tall adversary. So that’s the same way I approach it” today with potential adversaries such as Russia and China.

Miller rattled off a list of current naval aviation acquisition programs that support “the Navy the Nation Needs”: the introduction of fifth-generation airplanes, the F-35B on amphibious ships and F-35C on aircraft carriers, will make the force more lethal; the Next-Generation Jammer on the wings of the EA-18G Growler will make the carrier strike group more survivable; E-2D Hawkeyes and enhanced datalinks make the fleet more networked; the upcoming transition from the C-2 Greyhound to the CMV-22B Osprey, and the additional flexibility that brings for logistics afloat, makes the Navy more sustainable; the MQ-4C Triton and in-development MQ-25 Stingray make the fleet more autonomous; and the Ford-class carrier will help keep the fleet relevant for decades to come, Miller said.

But, he made clear, “our strategic advantage is in our training” so that those systems can be best put to use. The Air Boss said ranges such as Naval Air Station Fallon are being upgraded to be more representative of a high-end fight, and virtual and constructive training opportunities are being leveraged to ensure all pilots and squadrons are ready for whatever they may face while on deployment. 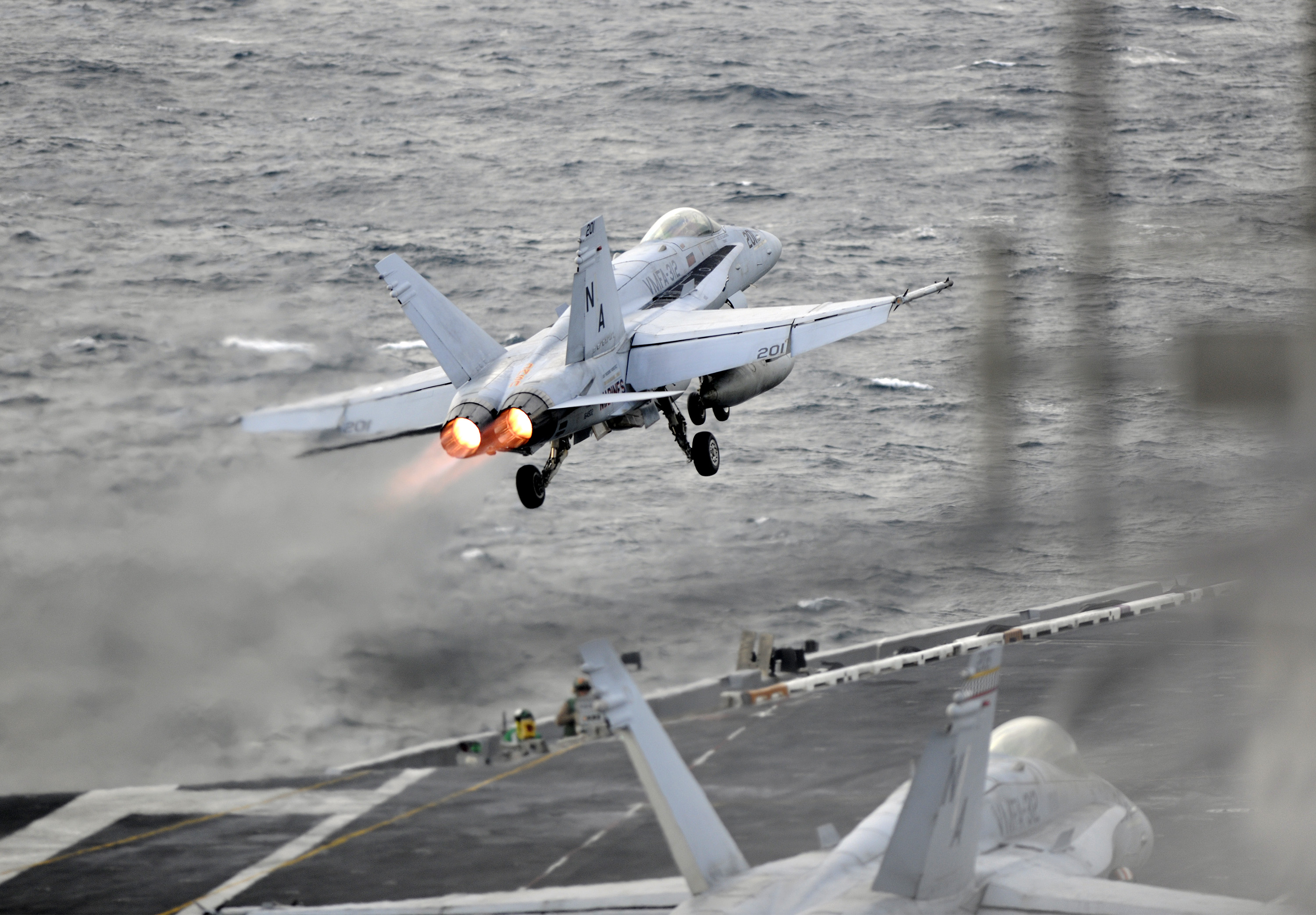 An F/A-18E Super Hornet, assigned to the Stingers of Strike Fighter Attack Squadron (VFA) 113, launches from the flight deck of the aircraft carrier USS Theodore Roosevelt (CVN-71) in the western Pacific Ocean. US Navy Photo

Miller said that, in particular, training has to be updated to ensure pilots are prepared to operate as a carrier strike group or an even larger battle group, rather than just at the squadron level – and be prepared for all the information-sharing that is required to operate that way.

USNI News has previously reported that pre-deployment training events for carrier strike groups have become more complex, to include P-8A Poseidon maritime patrol and reconnaissance aircraft and live submarines, and the Navy has sought opportunities to bring two and even three carrier strike groups together for training opportunities overseas when deployment schedules allow.

Smith, the 1st Marine Division commanding general, made clear that training needs are great and resources are limited, so every training event needs to count.

“The most pressing need that we have is time. Period. Stop. Our training, exercise and employment plan is full, our dance card is full. So what we’re shooting for is opportunities to do basic, repetitive training that will allow Marines to thrive and survive the first 30 days of combat against a peer competitor. We have to have the time to do that,” he said.
“When we continue to be filled up with exercise after exercise after exercise, some of the exercises can become a show – for us, it’s a training opportunity, it cannot be a show. We have to fail here because we can’t fail in combat. So for us it is absolutely 100-percent time, so that that individual Marine, that battalion commander, squadron commander, regimental commander, group commander can reset the force, try it again, try it again, try it a a new way. If he’s successful, god forbid he actually reset and try it a new way until he does fail in training so that he knows the first way was the correct way. But it is absolutely time and the ability to reset yourself against that peer, near-peer competitor.”