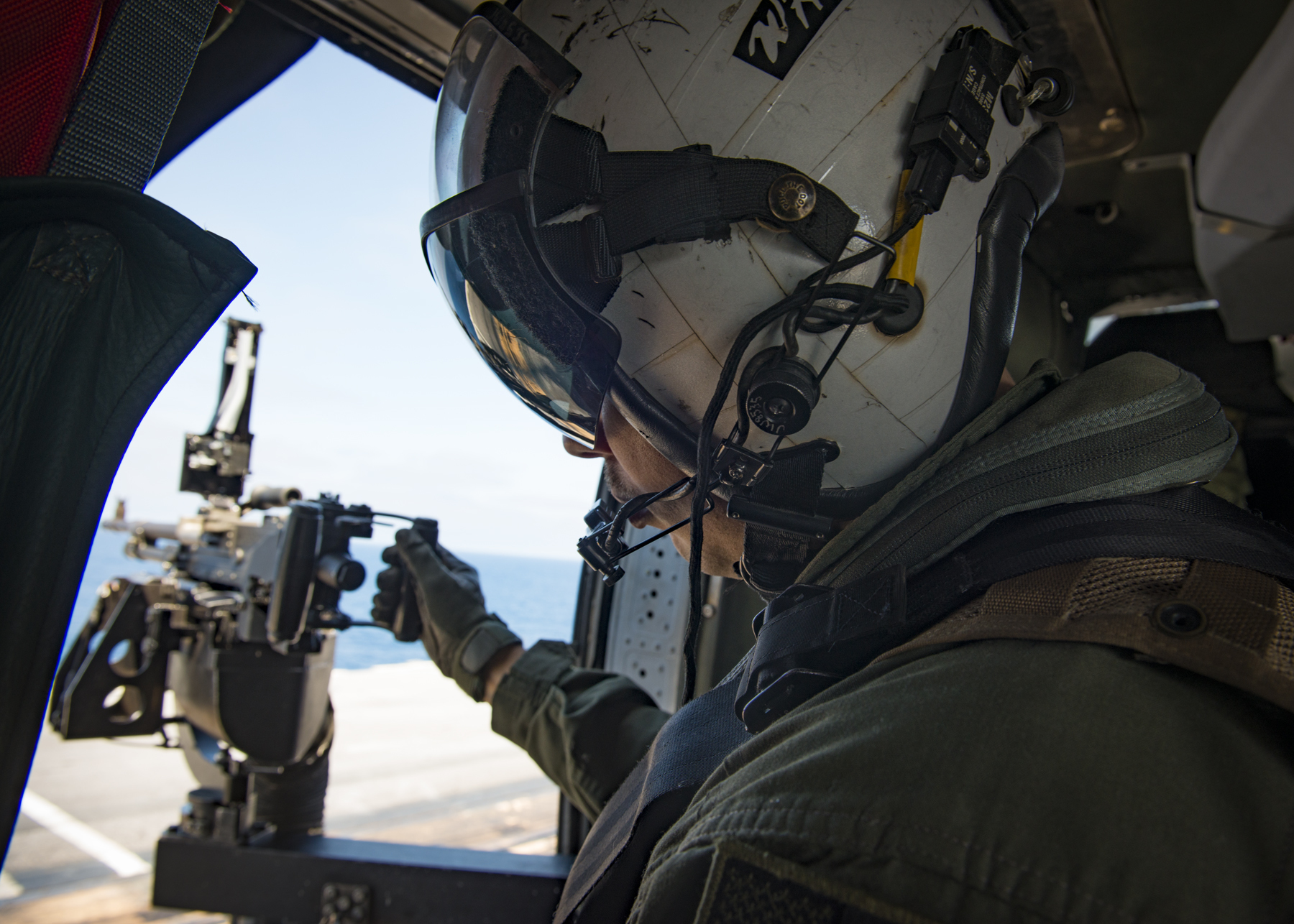 The Navy’s top two aviation safety priorities could benefit from a half-billion-dollar bump in funding for aircraft modification kits if the service’s fiscal year 2019 budget request is approved.

For the upcoming fiscal year, the Navy proposes spending $3.15 billion on aircraft modification kits, a 16 percent increase from the $2.71 billion proposed spending this year. A Navy spokesperson told USNI News the increase is due in part to addressing physiological episodes in the F-18 and T-45 series of jets and developing a new gunner seat to alleviate back and neck problems for MH-60S Knighthawk helicopter aircrews — the service’s top two aviation safety issues.

The modification kits are supposed to correct deficiencies and improve operational capabilities of in-service aircraft. Other projects benefiting from the proposed funding increase include installing infrared search and track in the F-18 series, a quick reaction capability for the Boeing P-8A Poseidon aircraft, sustainment work for H-53 A/C helicopters, and production upgrades to the CH-53K helicopters. 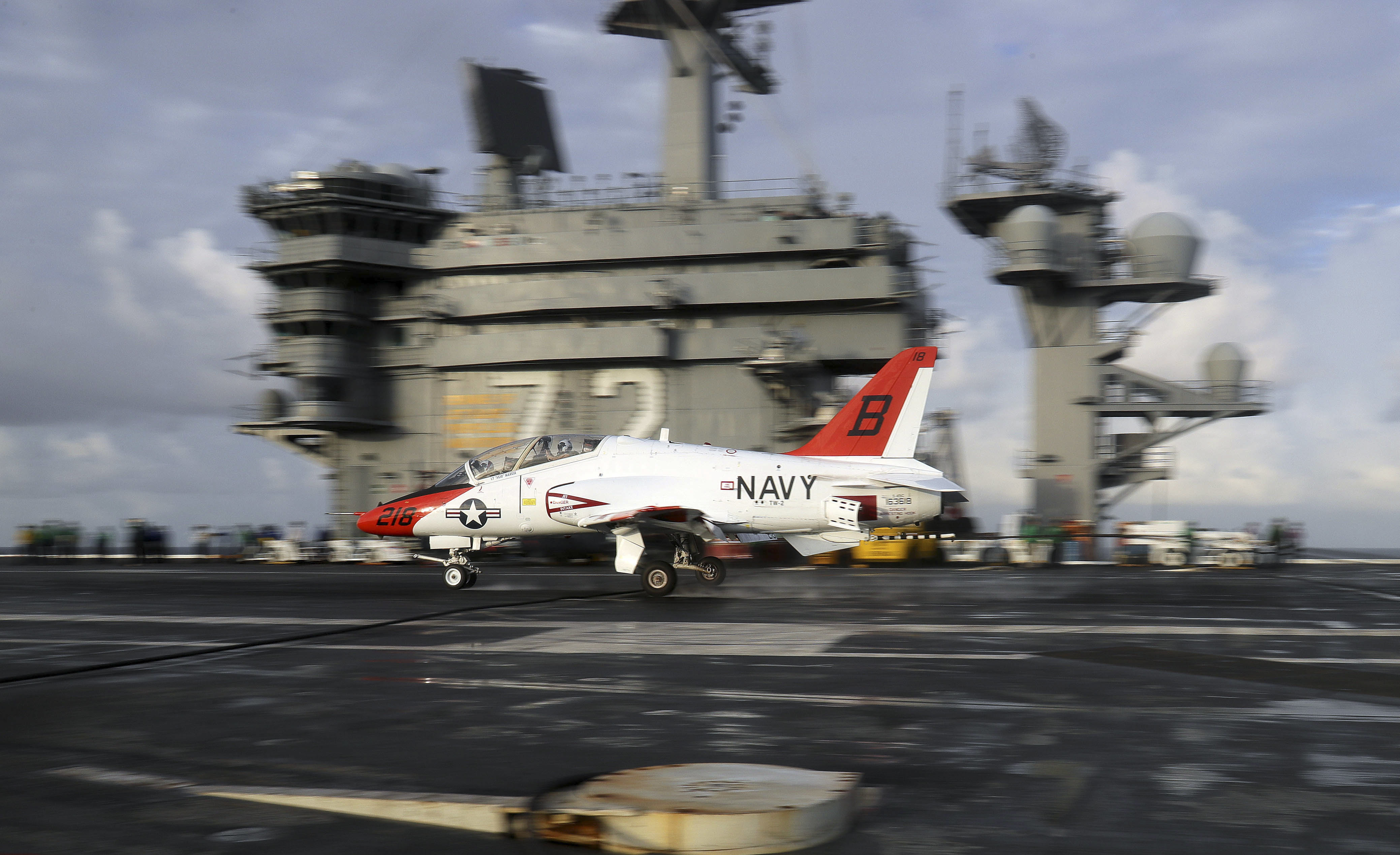 The Navy has been working on fixing the physiological episodes plaguing F-18 and T-45 aircrews. The frequency had been increasing for a decade, culminating in March when 94 flights were canceled due to pilot concerns with the oxygen systems onboard T-45 Goshawk trainer aircraft.

In June, the Navy’s Physiological Episodes Comprehensive Review reported, “The integration of the onboard oxygen generation system (OBOGS) in the T-45 and F/A-18 is inadequate to consistently provide high quality breathing air. To varying degrees, neither aircraft is equipped to continuously provide clean, dry air to OBOGS — a design speciﬁcation for the device. The net result is contaminants can enter aircrew breathing air provided by OBOGS and potentially induce hypoxia.”

Earlier this month, Rear Adm. Sara Joyner, the head of the Navy Physiological Episode Action Team (PEAT), provided the House Armed Services Committee with an update to how the Navy is addressing physiological episodes.

The Navy has installed CRU-123 solid state oxygen monitoring units on the T-45 trainer fleet, Joyner said. These units alert the aircrew if oxygen pressure falls and allows them more time to take correction action to prevent a physiological episode.

With the F/A-18 Hornets, Super Hornets and EA-18G Growler electronic attack aircraft, the Navy plans to overhaul the Onboard Oxygen Generation Systems (OBOGS) or pilot breathing gas, and Environmental Control Systems (ECS). Also, based on a NASA report, the Navy is installing more precise monitoring equipment to gauge pilot breathing.

Meanwhile, the increased funding should help deliver a new gunner seat to the MH-60S helicopters, which is needed to help keep aircrews from being grounded.

Over time, helicopters pilots and aircrews experience sustained whole body vibrations, frequently causing a host of back and neck problems. In the most severe instances, Navy officials say pilots and crew members are grounded for weeks or even months.

The Naval Air Systems Command is currently testing new gunner seat designs. Work started in 2016, with concepts being tested and refined for the past year. Navy officials have previously stated the next round of testing with aircrews is expected to occur within the next few weeks.

Before the fiscal year 2019 budget request, though, the Navy had not dedicated funding to this project, said an email from Rob Koon, a public affairs officer with the Naval Air Warfare Center’s Aircraft Division, to USNI News.