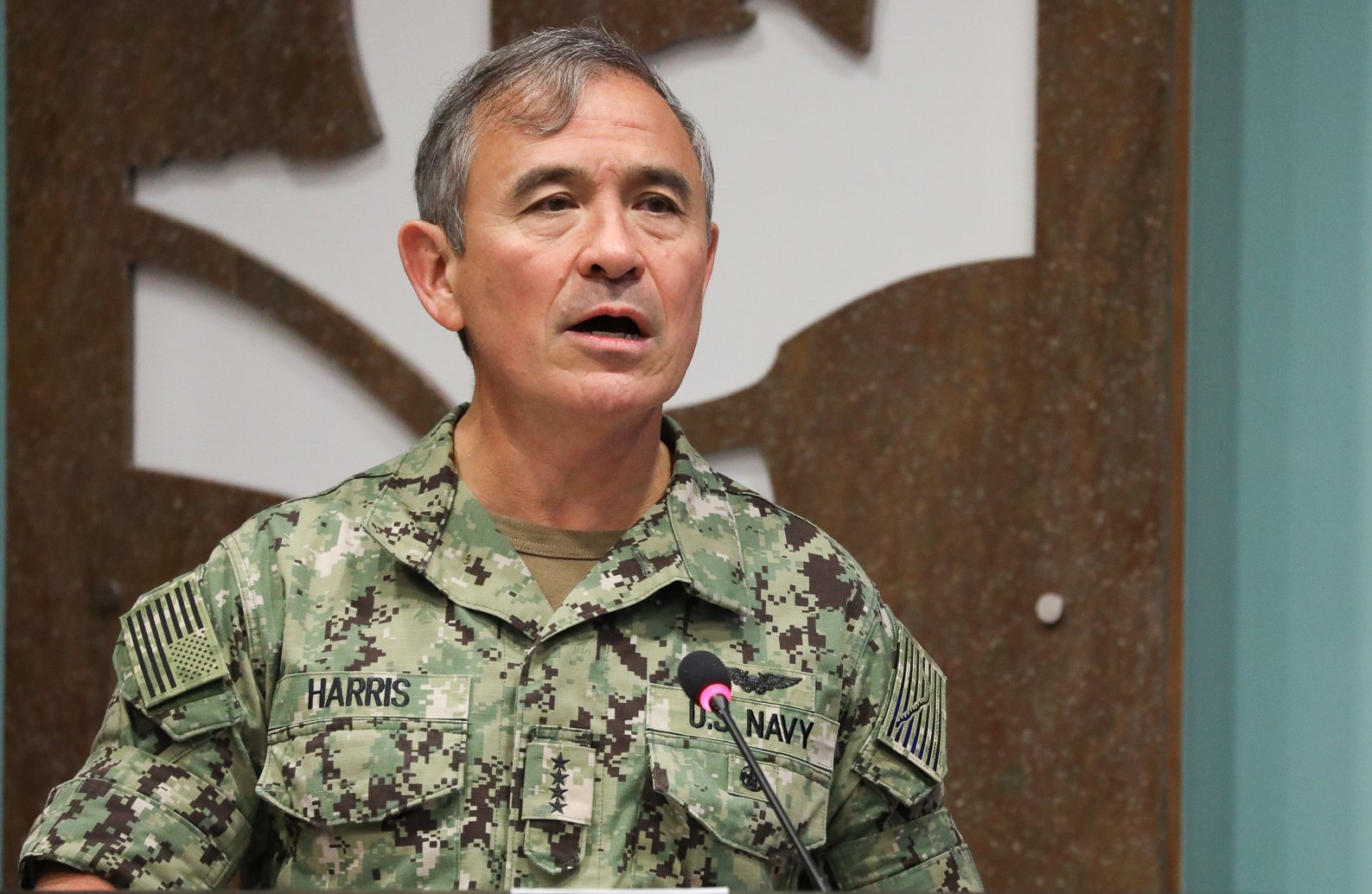 The head of the U.S. Pacific Command said Wednesday that the United States is hampered in keeping pace with China’s ground-based missiles thanks to treaties it has signed to limit its stockpiles.

In particular, the 1987 Intermediate-Range Nuclear Forces (INF) Treaty between the United States and Russia is “self-limiting,” Adm. Harry Harris told the House Armed Services Committee, particularly since “over 90 percent of China’s ground-based missiles would violate the treaty.”

The Cold War-era pact bans nuclear and conventional ground-launched ballistic and cruise missiles with ranges of 500 to 5,500 kilometers. Both Moscow and Washington accuse the other of violating the treaty.

Harris did not advocate for the United States to pull out of the treaty, but his pointed comments will no doubt be noted both in Moscow and Beijing, as the Pentagon moves out on a new military buildup to counter the technological military advances being made by those two countries.

In particular, Harris expressed alarm over Chinese advances in hypersonic missiles, which could be fired and hit U.S. aircraft carriers and land bases in the Pacific almost before American radars could pick them up.

“We need to continue to pursue that in a most aggressive way,” and “develop our own hypersonic offensive weapons,” Harris said.

In photos leaked last month, it appears that the Chinese navy is preparing to test a ship-mounted hypersonic railgun, which would be capable of launching projectiles along electrically-charged rails. Testing done by the U.S. Navy has sown that such projectiles could reach speeds of up to 7,800 km an hour, with a range of up to 150 km.

Harris also took something of a contrarian view of the motivations of North Korean leader Kim Jong Un, telling the panel that the mercurial leader isn’t building ballistic missiles and a nuclear capability merely to deter the United States, but “I do think that he is after reunification [of the Korean peninsula] under a single communist system.”

North Korea’s advances in its nuclear and ballistic capabilities are “rapidly closing the gap between rhetoric and capability,” Harris warned. “The Republic of Korea and Japan have been living under the shadow of [North Korea’s] threats for years, and now the shadow looms over the American homeland.”

To counter those threats, the admiral advocated for putting ballistic missile interceptor silos on Hawaii, while discounting the effectiveness of the Aegis Ashore and THAAD systems in protecting Hawaii in the event of a North Korean ballistic missile attack.

Harris has been in the Navy for nearly four decades and has led the U.S. Pacific Command since May 2015. Last week, the Trump administration announced Harris’ nomination to be U.S. ambassador to Australia. The post requires Senate confirmation.