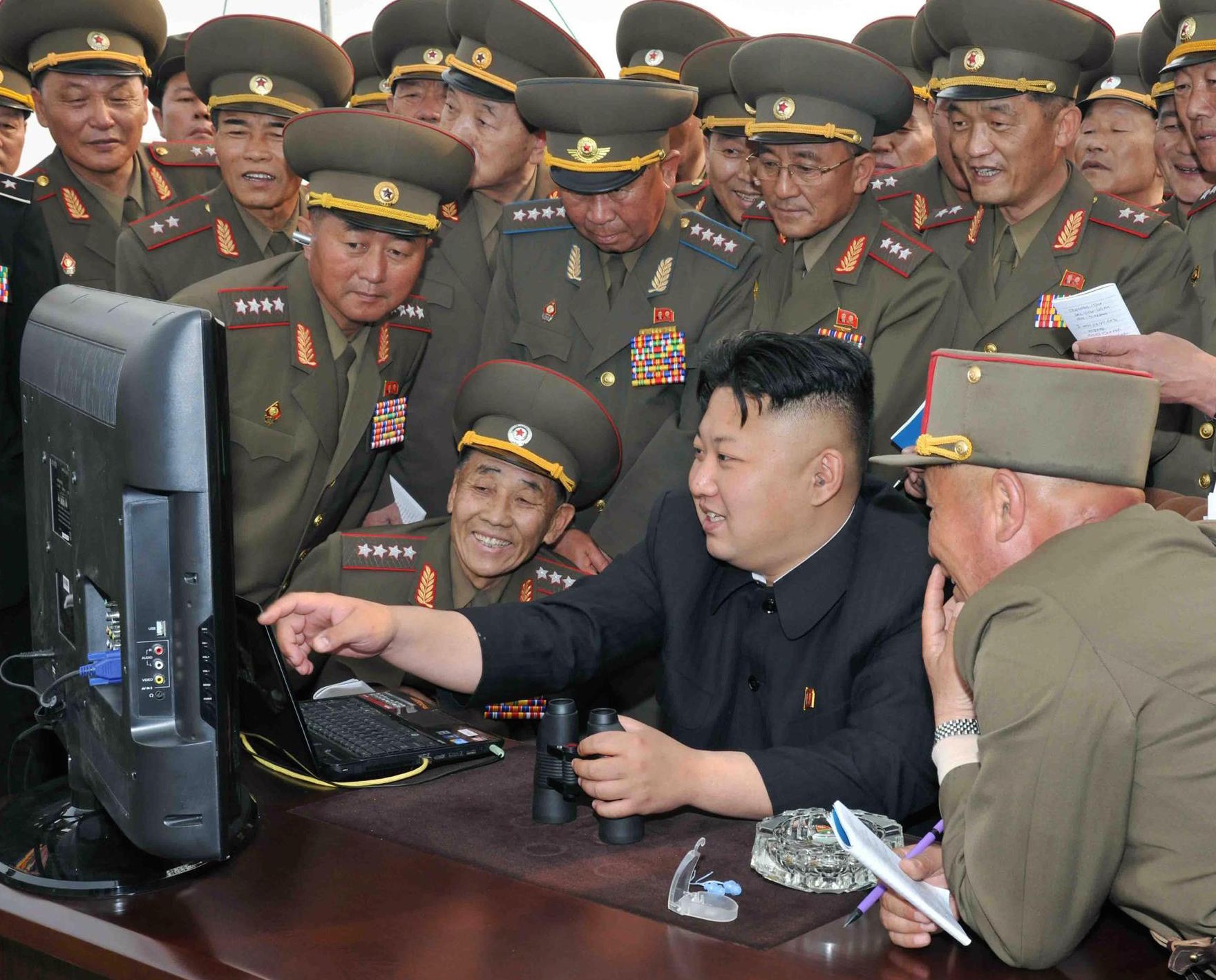 Sen. Lindsey Graham (R- S.C.) said “it’s just a matter of time” before North Korea crosses a red line — like testing another warhead on an intercontinental ballistic missile — that the Trump administration sees compelling it to take military action on the peninsula.

The senior member of the Armed Services and Appropriations committees, said in answer to a question Wednesday that if you are the president, “you’ve got to make a decision” that in your mind and the intelligence community’s assessment the danger line has been crossed and show “he means it” when it comes to preventative use of military force.

Several times during the presentation, Graham emphasized, “If you say denial [of nuclear weapons is the policy], you better mean it.” He said based upon past American responses to their missile and weapons program advances, the North Koreans “don’t believe we’ll use force.”

North Korea believes that as a country with nuclear weapons “they are home free” and have Ukraine as an example of what can happen to a nation that removes its nuclear force.

Speaking at the American Enterprise Institute in Washington, D.C., he added that decision is fraught with risks. That starts with: “It’s hard to gather good intelligence in an authoritarian regime,” a reference to an assessment of Saddam Hussein’s possession of weapons of mass destruction. “You can be wrong.” 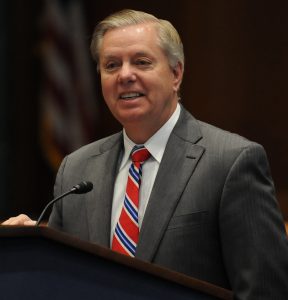 Several times during the presentation, Graham emphasized, “If you say denial [of nuclear weapons is the policy], you better mean it.” He said based upon past American responses to their missile and weapons program advances, the North Koreans “don’t believe we’ll use force.”

At the beginning of the session, he said, “A war with North Korea would be devastating. I don’t think you can surgically strike North Korea,” which could lead to retaliation against South Korea and/or Japan and a wider war.

As to whether Seoul and Tokyo should embark upon their own nuclear weapons programs as a hedge, he said, “I don’t think having Japan and South Korea go nuclear protects us.”

Graham said, “I wouldn’t put any conditions on talking” with North Korea and more actively engaging China in containing Kim Jong Un’s nuclear ambitions. But in addressing several earlier questions, he said that he believes inviting North Korea to the Winter Olympics, scheduled to open next month, “is a very bad message to send” to Kim. He compared it to Adolf Hitler’s using the 1936 Games to promote Nazi Germany.

The choice comes down to containment or denial of North Korea’s nuclear weapons program. “I’d do the second… Anything they build they’ll sell” to other states such as Iran or to terrorist organizations. He termed the North Korean regime “cash-starved and crazy” in its willingness to sell weapons of mass destruction to any buyer.

In discussing the theocratic regime of Iran as a long-range threat to the United States and immediate threat to Israel, Graham said he was willing to re-impose sanctions on Tehran for its continuing efforts to destabilize the Middle East through proxy wars in Yemen, support for the Bashar al-Assad regime in Syria with its own forces and Shi’a militias and through allies such as Hezbollah from Lebanon and its political meddling in Iraq.

Graham suggested leaving a “residual force [of Americans] in Iraq … at least 10,000” to show the United States’ commitment to the Sunni tribes, especially in Anbar Province, and the government in rebuilding the country.

In Syria, he said the United States “needs a credible [Sunni] option to Assad” and not just the Kurds in opposing his regime and finding ways of reducing Russian influence in the country.

“I’m not willing to give another Arab capital to the Iranians,” a reference to their limited success in Yemen and strong hand in Lebanon and Iraq, a majority Shi’a country. He added, “We’ve got to get ahead of them” in exerting influence in the Middle East and keeping their nuclear program in check, so it doesn’t become a weapons program.

He added that cutting the State Department ‘s budget by about 30 percent was not going to fly in Congress. As a member of the Appropriations Committee, he put back money that had been cut in last year’s budget and is prepared to do the same for the coming year.

“The soft power component is essential to winning the war” against Islamic extremism. he used the example of building “a small schoolhouse for girls” as an example.

Graham said he was encouraged by the Trump’s administration’s more assertive foreign policy. “Compared to a year ago, I’m the happiest guy in the world.”