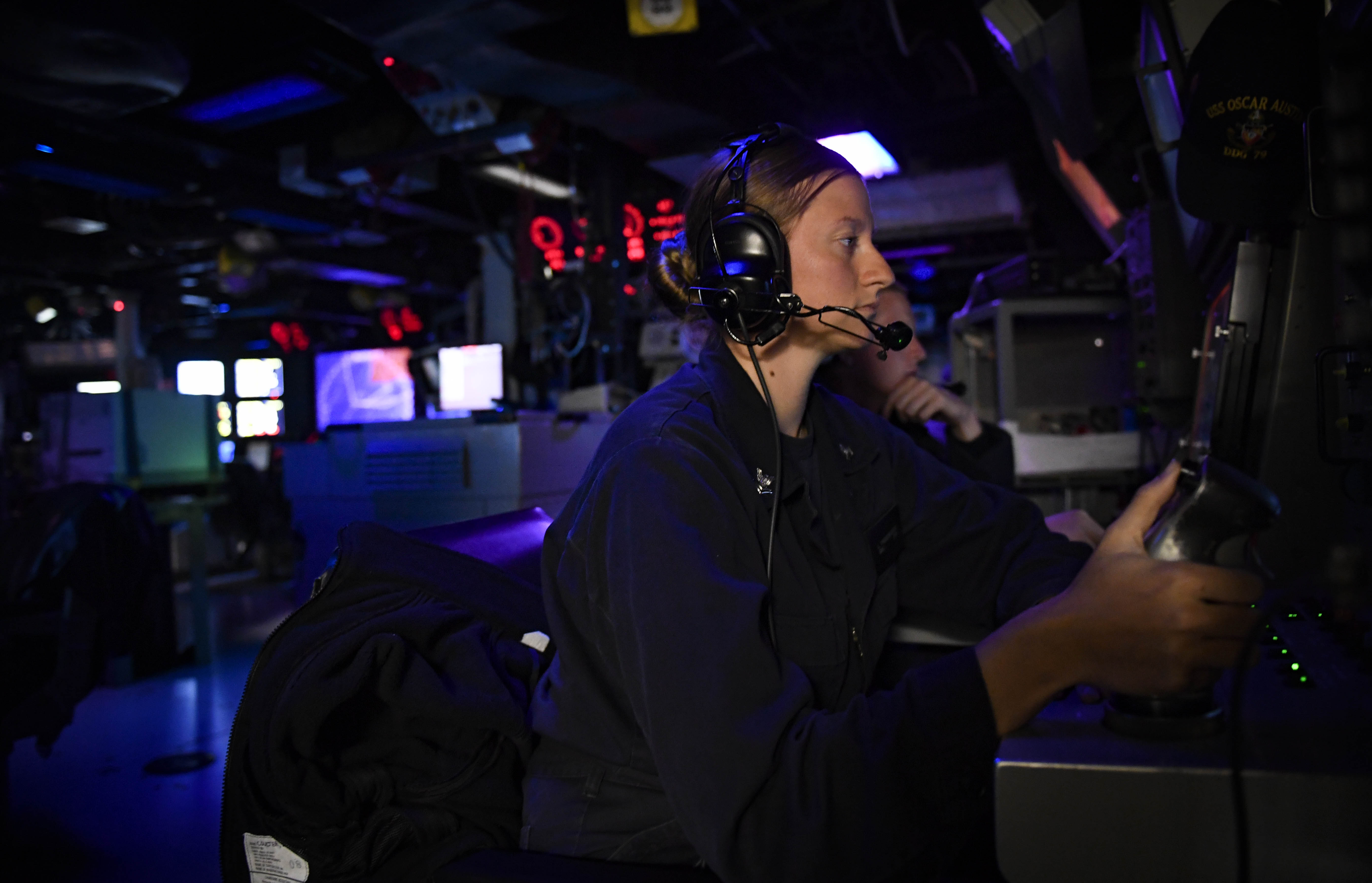 The Navy established new rest guidelines for surface ship crews and is exploring whether specially tinted eyewear can help sailors fall asleep faster during scheduled downtime, after a recent deep-dive into surface force readiness showed that crews were overworked and under-rested.

Navy leadership acknowledged over the summer that poorly rested crews on deployment saw degraded performance due to insufficient sleep. After the Comprehensive Review of Recent Surface Force Incidents also noted the link between work performance and sleep, the Navy has sought to take measures to help sailors get more and better rest.

Based on initial testing, Navy researchers think wearing specially tinted glasses for an hour or two before bedtime can make falling asleep easier.

Using currently available materials, the Naval Ophthalmic Support and Training Activity, based at Naval Weapons Station Yorktown, crafted a tint for safety lenses that blocks about 70 percent of blue light, according to a Military Health System news release.

Testing the new lenses comes as the Navy is focusing on sleep, and specifically circadian rhythms. Following this year’s two fatal guided-missile destroyer collisions, Navy investigators found both incidents were caused in part by the prevalence of over-worked and under-rested sailors in the fleet.

“Sleep deprivation has been a significant and well-documented issue for service members,” Cmdr. Marc Herwitz, the chief ancillary informatics officer for the Navy’s Bureau of Medicine, said in the news release.
“It has been especially problematic for those on changing shift work schedules and those who work continuously under artificial lighting.”

The operational navy is seeking to address sleep deprivation through a new sailor rest and workday guideline, which requires commanding officers to incorporate circadian rhythm principles into their watchbills and shipboard routines.

Vice Adm. Tom Rowden, commander of Naval Surface Forces, released a statement explaining that the Comprehensive Fatigue and Endurance Management Policy fulfills one of the recommendations provided by the comprehensive review.

Rowden directed cruisers, destroyers and amphibious warships to implement circadian rhythm watchbills and shipboard routines by Dec. 20. Smaller platforms, such as Littoral Combat Ships, Mine Countermeasure Ships and Patrol Coastal Ships have until Mar. 31 to implement the policy.

“The intent of the policy is to provide specific direction to achieve optimal crew endurance, performance, and safety,” Rowden said in his statement.

Better-rested sailors are more productive and more resilient to mental and physical stresses, Rowden’s statement said. Commanding officers operating with sailors who are not rested are essentially conducting operations with impaired sailors. 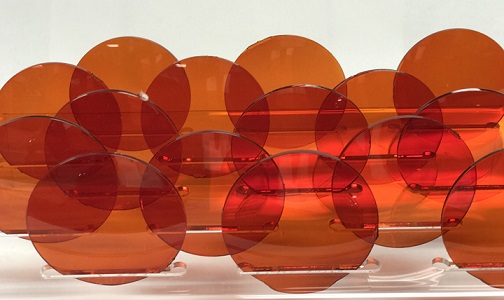 Navy sleep researchers think the specially tinted lenses can help implement this guidance, which includes charging leaders with training sailors to take advantage of their protected sleep periods. Navy researchers say anecdotal evidence suggests the lenses are a relatively inexpensive and effective way to help bring on the body’s natural urge to sleep as a work-day winds down.

“We just completed a preliminary study with the use of these blue-light-blocking lenses in a group of active duty military members deployed in military facilities,” Nita Shattuck, a fatigue and sleep expert at the Naval Postgraduate School, said in the news release.
“We’re still evaluating all the data and creating control measures to test, but the results are very promising so far.”

More study is required before the military would consider widespread distribution of the specially tinted lenses. But according to Shattuck’s preliminary research, people who wore the glasses for two hours before going to bed fell asleep about 30 percent faster than those who didn’t use them. If successful, Shattuck thinks the lenses could make a big difference in the amount and quality of sleep warfighters get, especially those who do shift work and have to sleep during hours that go against the body’s natural rhythms.

“They’re getting more sleep which improves their mood and makes them less likely to be drowsy when we need them to be alert, such as when they perform security duties. Nodding off is just not an option,” Shattuck said in the news release.

Depending on the results of Shattuck’s research, Herwitz said in the news release, “this eyeglass application has the potential to enhance the readiness, safety, and productivity of service members and improve their quality of life. We can help them sleep, wherever they might be.”