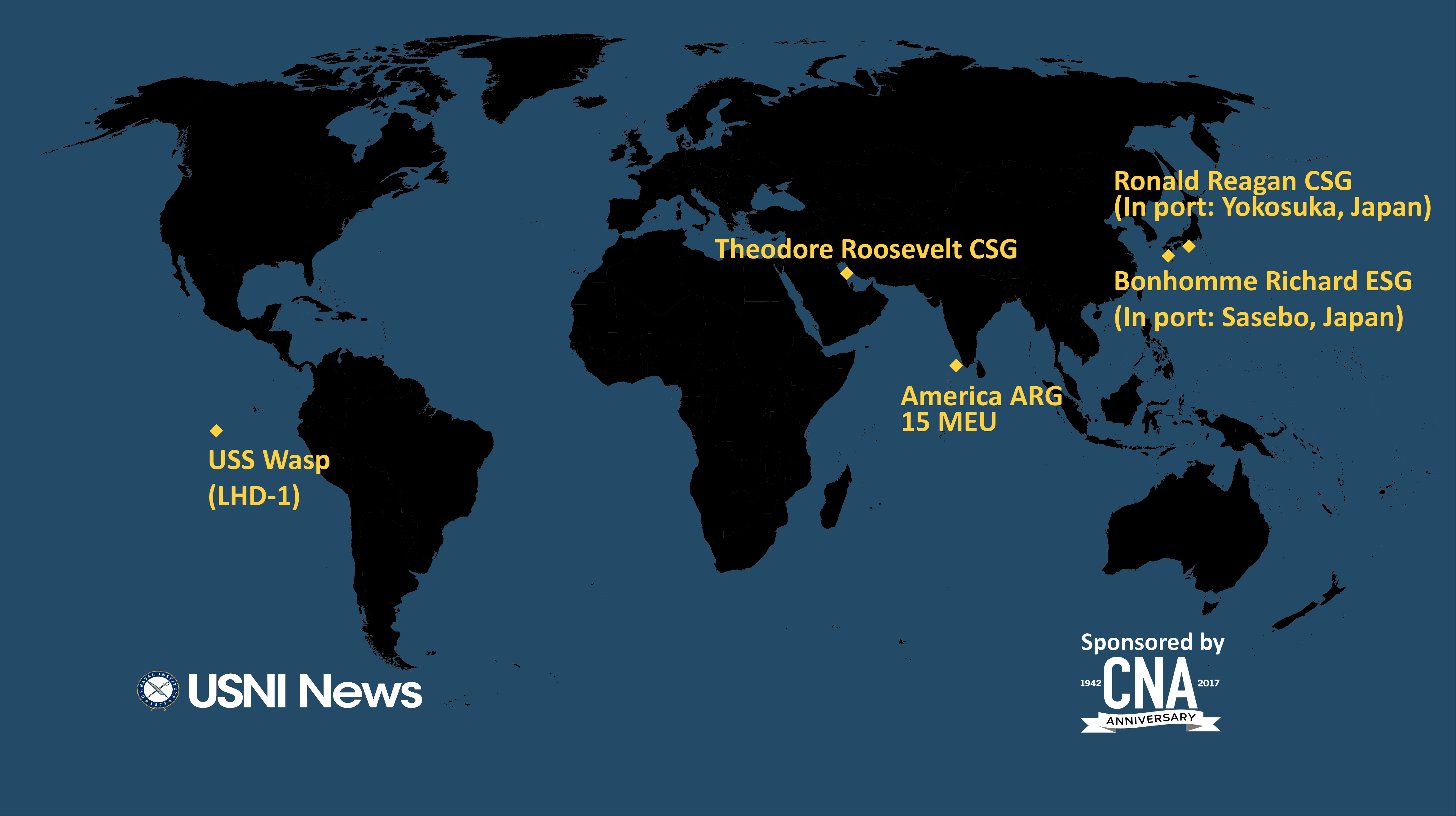 The USNI News Fleet and Marine Tracker is sponsored by CNA.
These are the approximate positions of the U.S. Navy’s deployed carrier strike groups and amphibious ready groups throughout the world as of Dec. 18, 2017, based on Navy and public data. In cases where a CSG or ARG is conducting disaggregated operations, the map reflects the location of the capital ship. 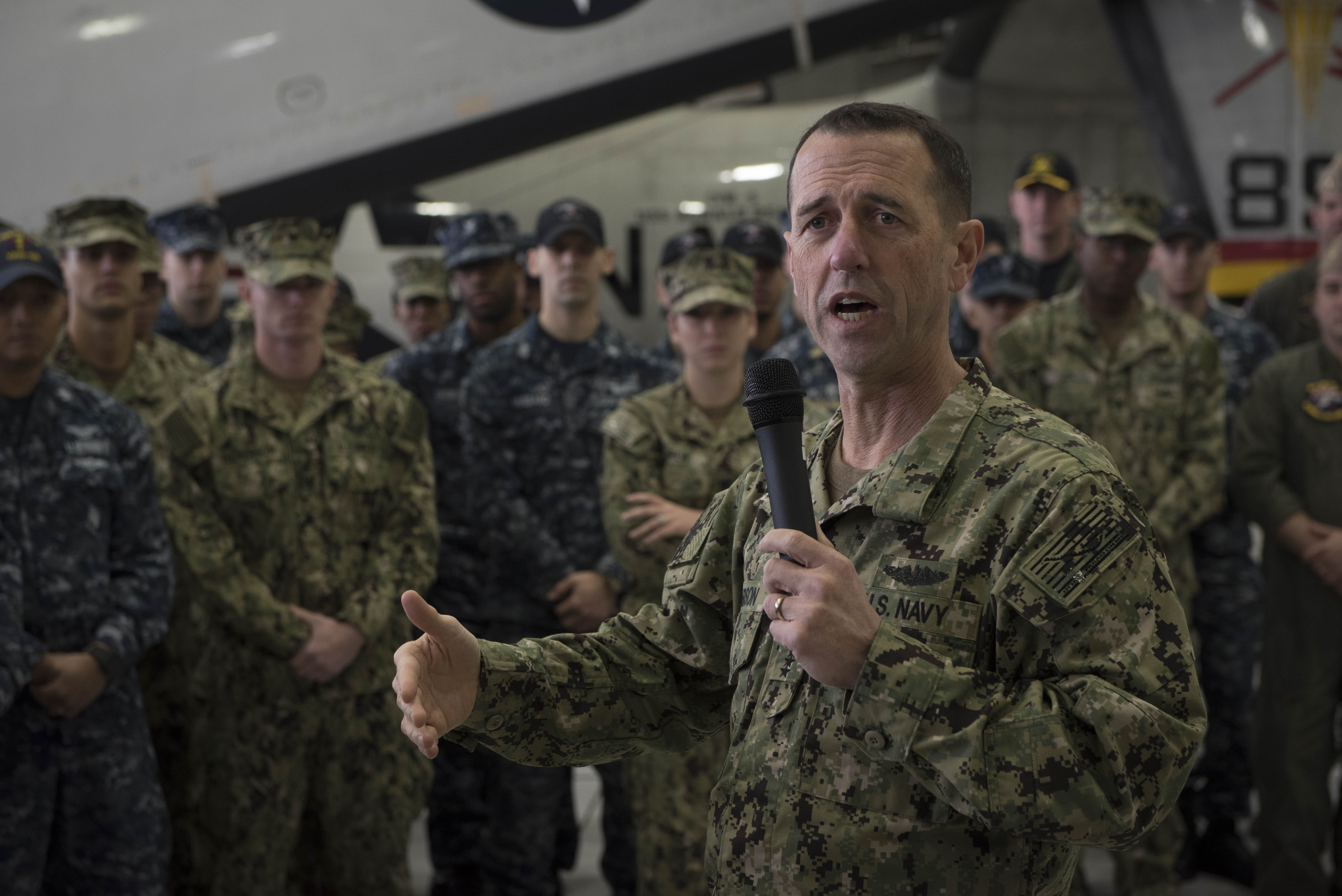 The Ronald Reagan Carrier Strike Group (CSG) is in port in Yokosuka, Japan.

“During his time aboard, CNO Richardson was able to interact with deckplate sailors and receive feedback from key leaders on the recently released comprehensive review, as well as thank those serving forward as the holidays approach,” according to a statement from the service. 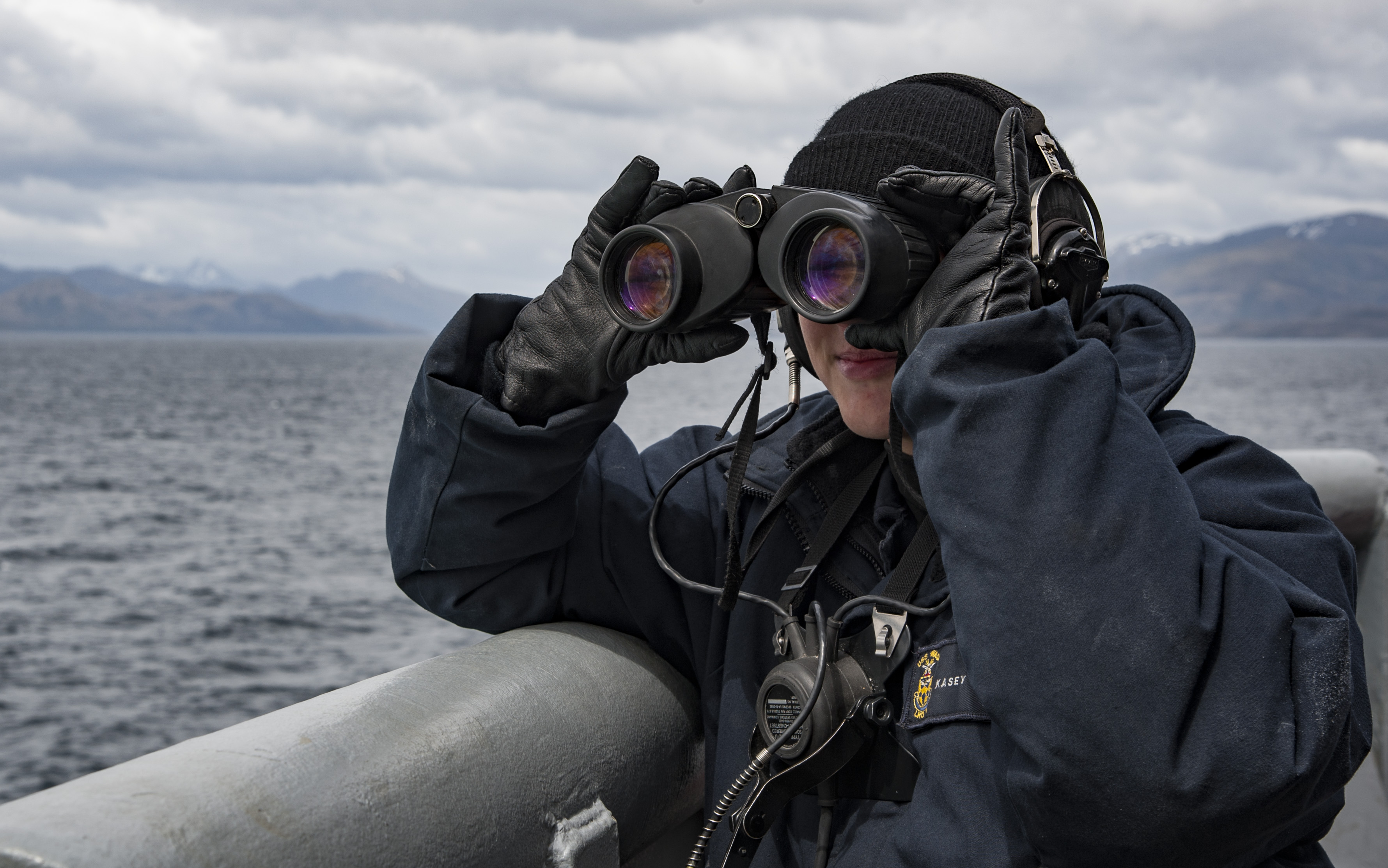 Seaman Kasey Finley stands watch on the fantail of the amphibious assault ship USS Wasp (LHD-1) during a transit of the Strait of Magellan on Dec. 11, 2017. US Navy Photo

USS Wasp (LHD-1) is in the Pacific and has chopped into U.S. 3rd Fleet.

Wasp is transiting to Sasebo, Japan, to conduct a homeport shift with USS Bonhomme Richard as the flagship of amphibious forces in the U.S. 7th Fleet area of operations. When Wasp joins the Forward Deployed Naval Forces in Japan, the big deck will be the first FDNF ship capable of operating the Marine variant of the F-35B Lighting II Joint Strike Fighter. 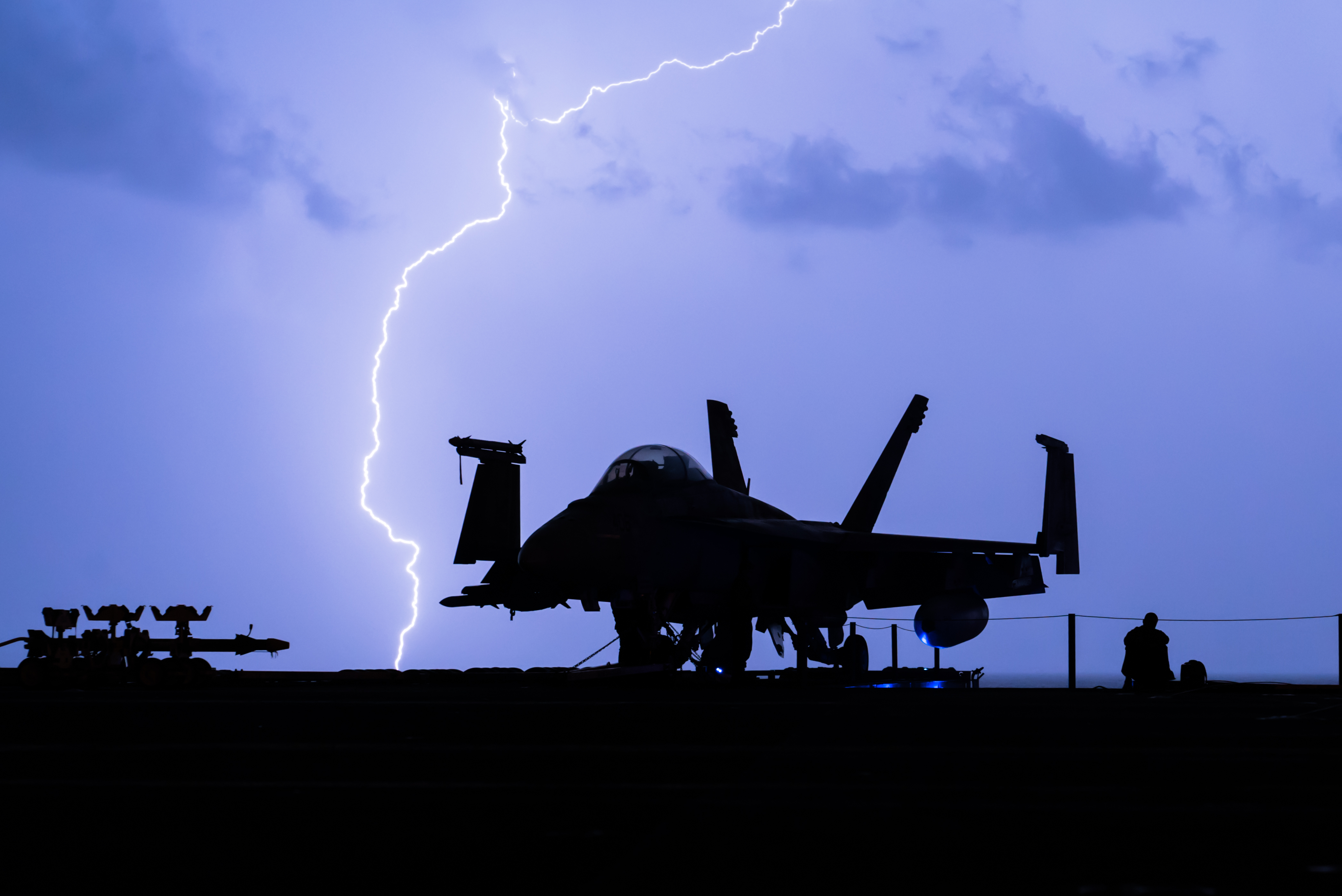 Lightning strikes near the aircraft carrier USS Theodore Roosevelt (CVN-71) as it transits the Persian Gulf on Dec. 16, 2017. US Navy Photo

“The US airstrikes also intend to maintain pressure on the Taliban throughout the winter period,” according to a statement from the service. 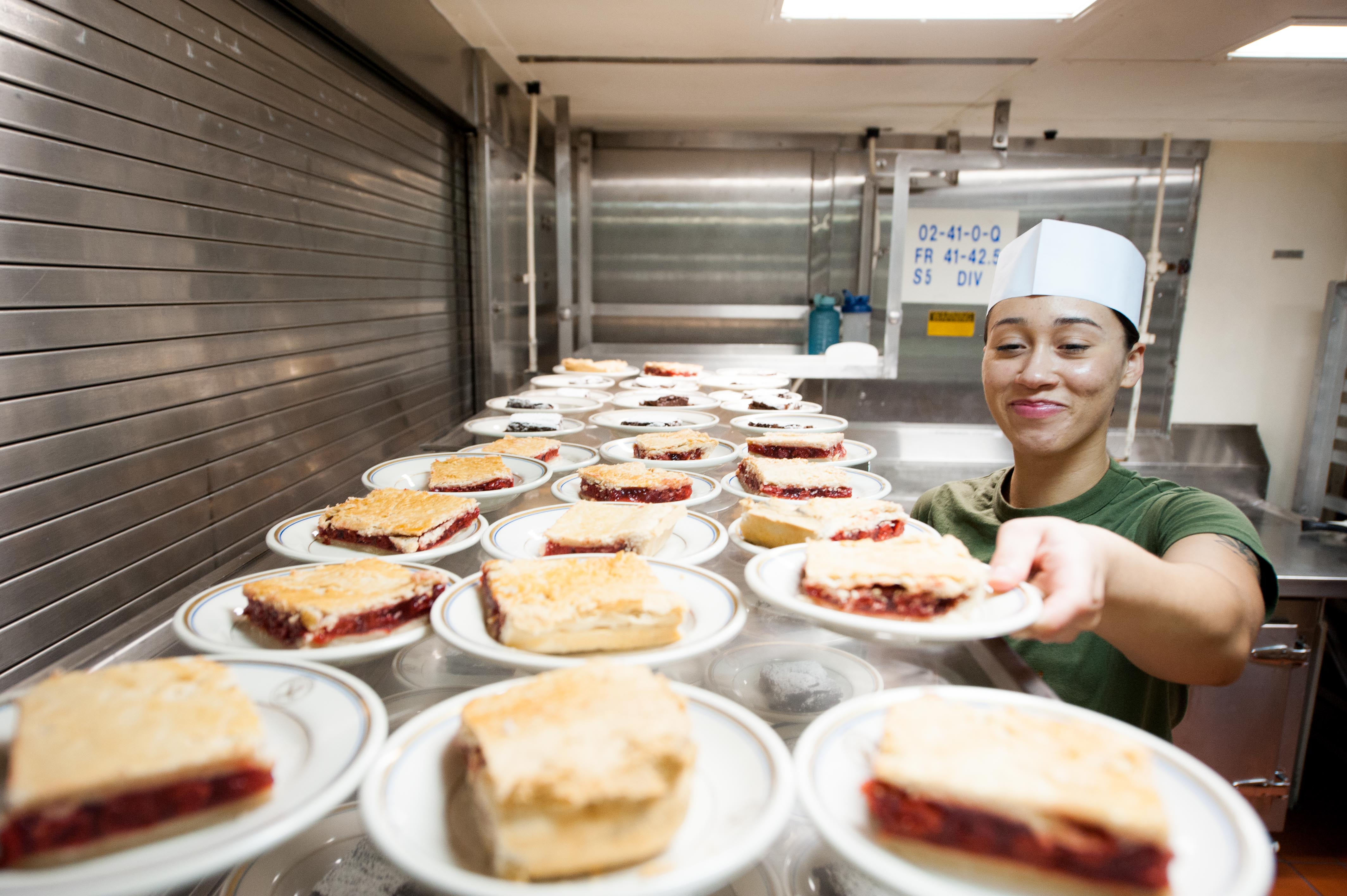 The America ARG departed the U.S. Central Command/U.S. 5th Fleet area of responsibility (AOR) and is now chopped into the U.S. Pacific Command/U.S. 7th Fleet AOR and heading east across the Indian Ocean. 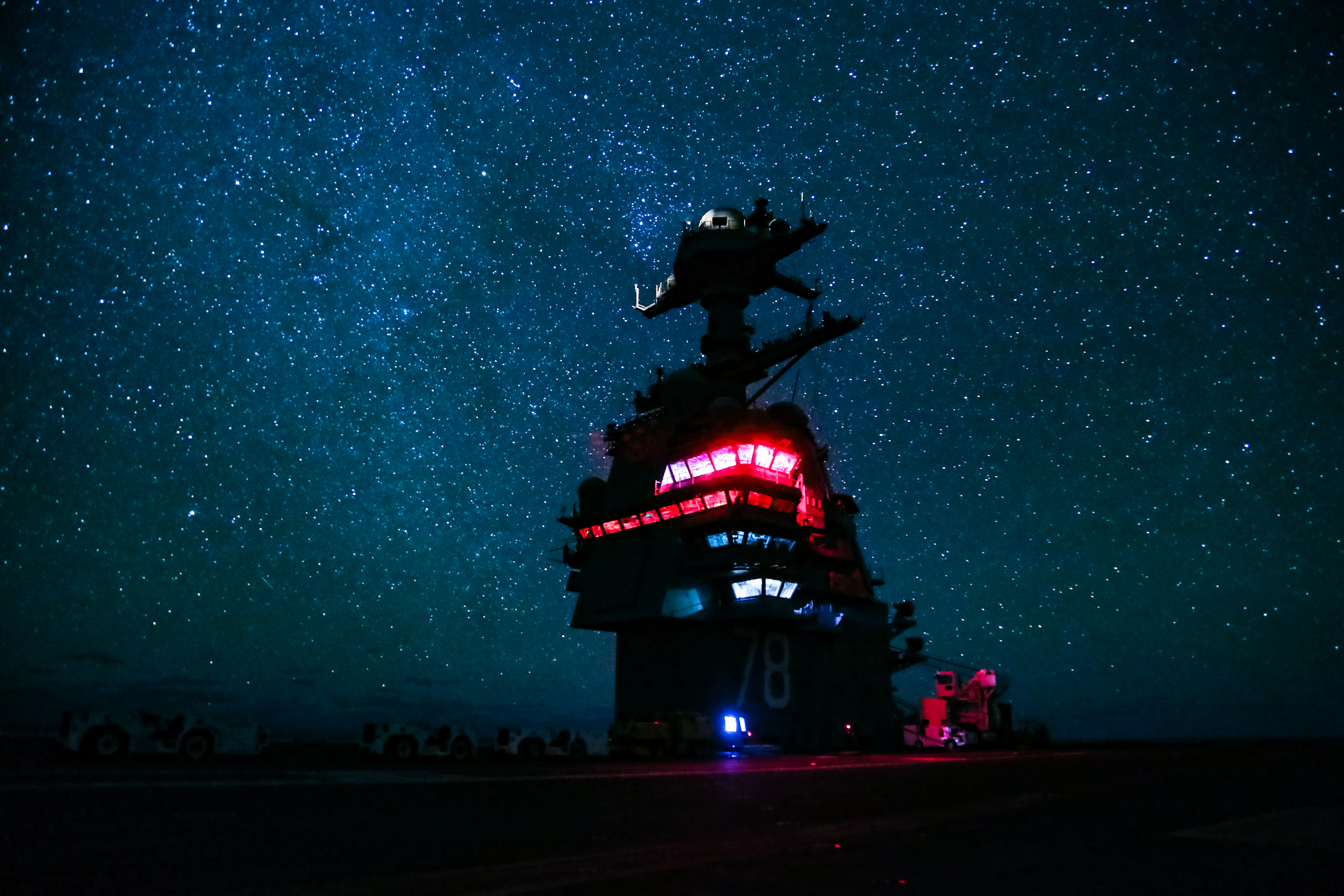 USS Gerald R. Ford (CVN-78) pulled into port in Norfolk, Va. on Sunday. Ford had been steaming independently for a test and evaluation period. Disney flew a copy of the film Star Wars: The Last Jedi to the ship this weekend so the crew could view the latest Star Wars movie on the film’s opening weekend. 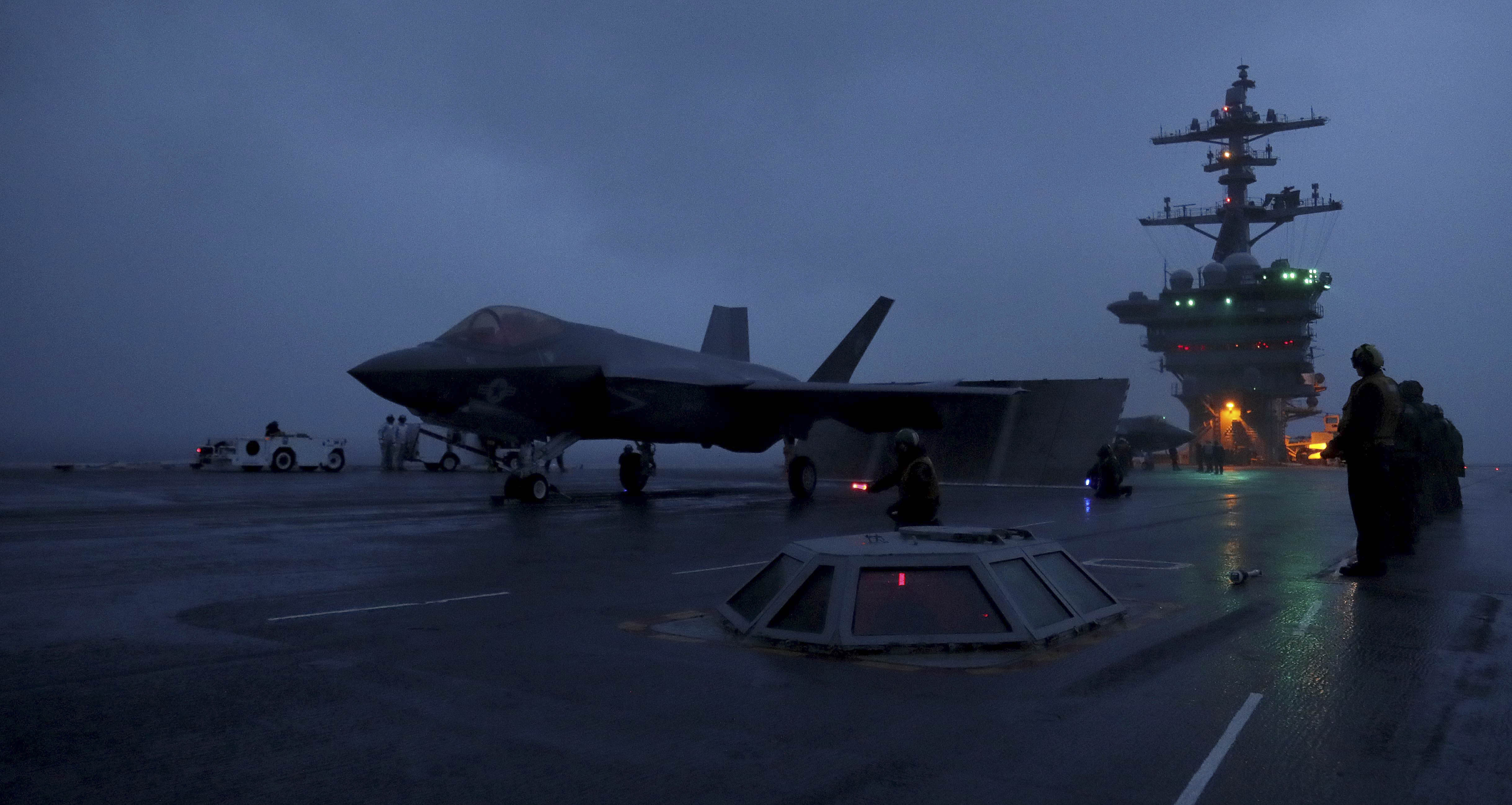 Along with Abraham Lincoln, the “Rough Raiders” of Strike Fighter Squadron (VFA) 125, the “Grim Reapers” of VFA-101 and the “Vampires” of Test and Evaluation Squadron (VX) 9 successfully tested the Autonomic Logistic Information System (ALIS) aboard a carrier and used the Joint Precision Approach and Landing System (JPALS) in an operational setting.

“Thanks to the tireless work from the VFA-125, VFA-101, VX-9, CVN 72, and the [Lockheed Martin] Team, this detachment was able to successfully complete numerous milestones that will set the foundation for the future 5th generation employment of the F-35C into the Carrier Air Wing,” Cmdr. Scott Hulett, VFA-125’s executive officer, said in a report on WTVR.