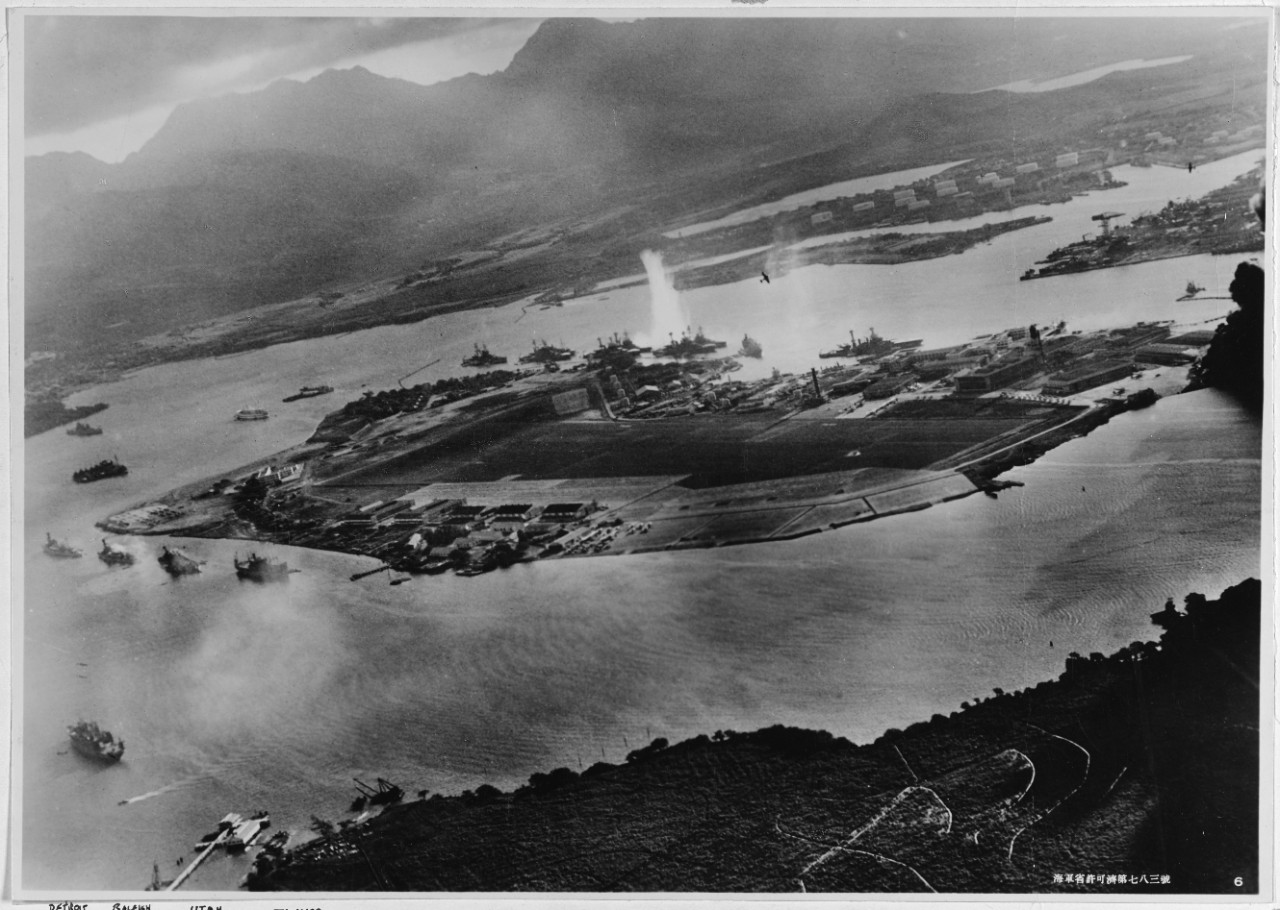 On the 76th anniversary of the Japanese surprise attack on Pearl Harbor, the Navy is posthumously honoring two sailors from USS Oklahoma (BB-37) and USS Vestal (AR-4) for bravery.

Earlier this week, Secretary of the Navy Richard V. Spencer awarded the Silver Star Medal to Chaplain Lt. j.g. Aloysius H. Schmitt for gallantry in action against the enemy while serving on the battleship Oklahoma. Spencer also awarded the Bronze Star Medal with V device for valor to Chief Boatswain’s Mate Joseph L. George for heroic achievement while serving aboard the repair ship Vestal.

Family members of Schmitt and George will receive the medals during ceremonies scheduled to occur Thursday. 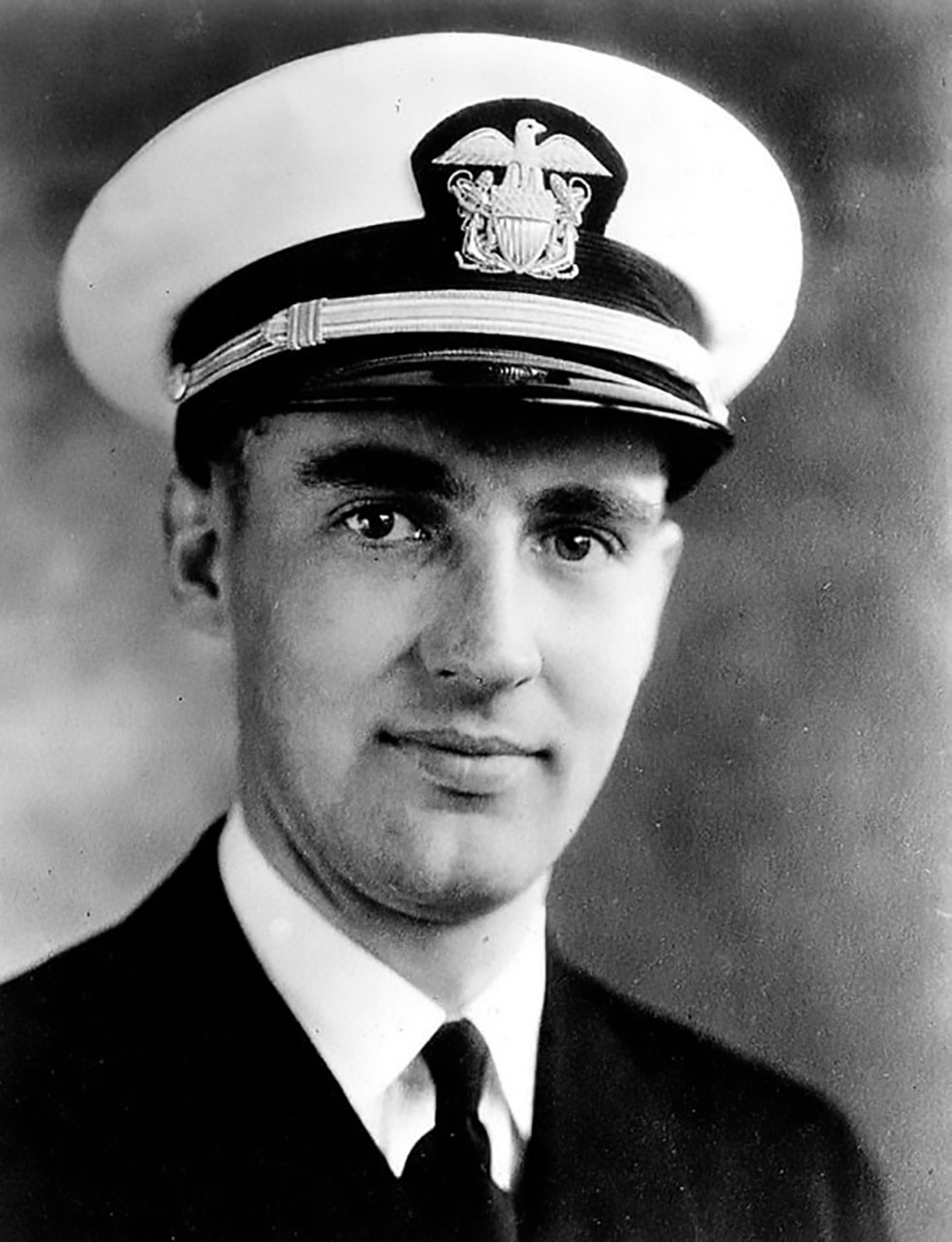 Navy Chief of Chaplains, Rear Adm. Margaret Kibben will present the Silver Star Medal to Schmitt’s family during a ceremony on the campus of Loras College in Dubuque, Iowa.

Last year, Schmitt’s remains were positively identified using DNA testing and were are re-interred at the Loras College chapel, which was dedicated to Schmitt, a 1932 graduate. A memorial to Schmitt in the chapel includes his chalice, prayer book, military medals and more of his personal belongings recovered in the ship’s wreckage. The book is still marked with a page ribbon for Dec. 8 prayers, according to Loras College. 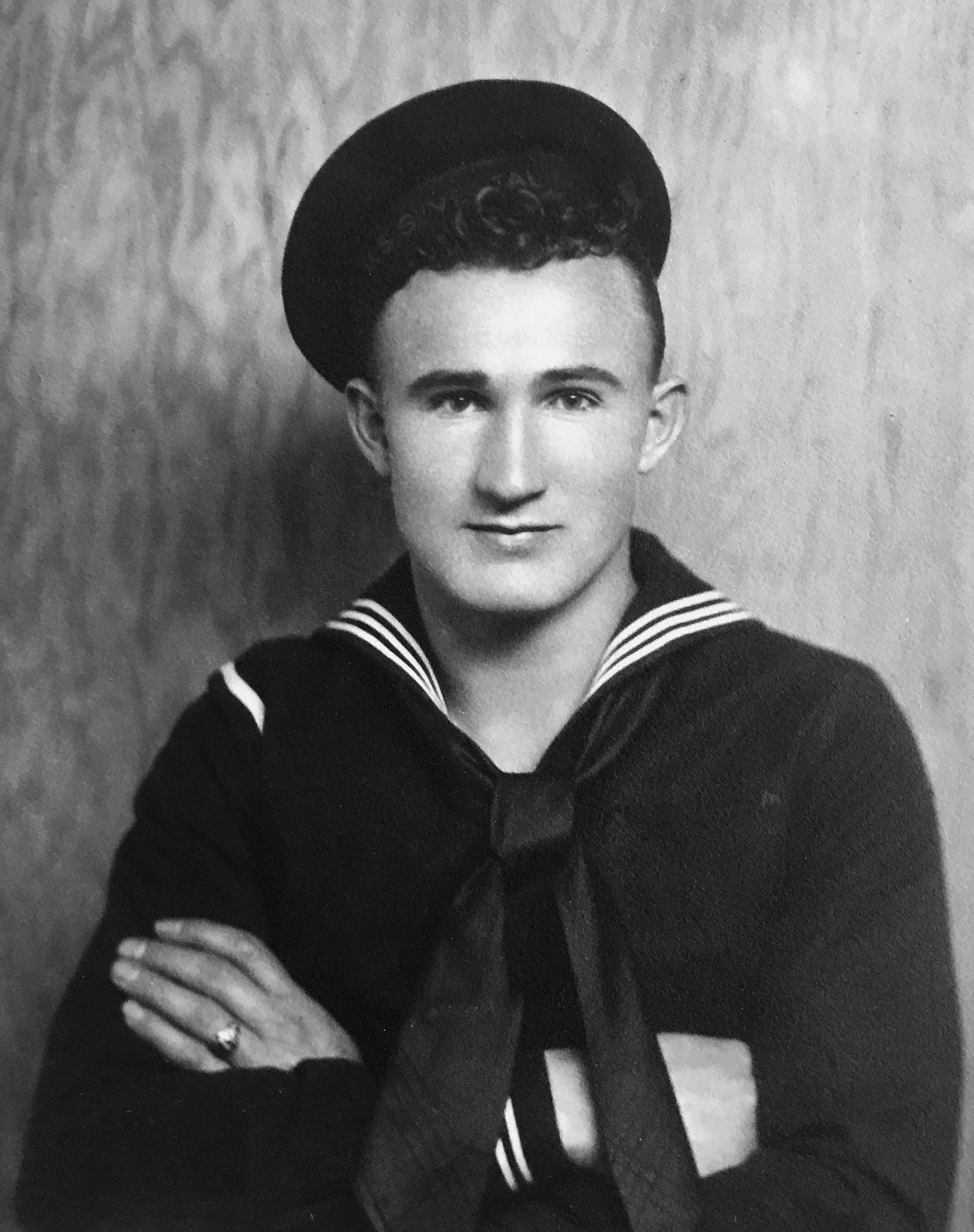 An undated photo of Chief Boatswain’s Mate Joseph L. George from early in his career. George was assigned to the repair ship USS Vestal (AR-4) which was moored alongside USS Arizona (BB-39) when the Japanese attack began on Dec. 7, 1941. Photo Courtesy of George Family

“The presentation of the medals is not only appropriate but simply the right thing to do,” said a statement released by Spencer. “One of my highest priorities is to honor the service and sacrifice of our sailors, Marines, civilians and family members and it is clear that Lt. Schmitt and Chief George are heroes whose service and sacrifice will stand as an example for current and future service members.”

As Oklahoma was capsizing, Schmitt sacrificed his own life to assist many of his shipmates’ escape through an open porthole. Schmitt had been hearing confession when Oklahoma was hit by four torpedoes, according to the Navy.

Schmitt helped a small group of sailors escape, before he attempted getting through the porthole. He was struggling to get through when he noticed more sailors had entered the compartment he had been in, according to the Navy.

Schmitt realized the water was rapidly flooding the compartment, and soon this exit would be closed. Schmitt asked to be pushed back into the compartment, so others could escape, urging the sailors with a blessing, according to Navy. Oklahoma continued filling with water and capsized. More than 400 sailors, including Schmitt, died on Oklahoma.

On the morning of Dec. 7, George, a second class petty officer at the time, was reading the Sunday newspaper when general quarters sounded on Vestal. He went outside to see what was happening and saw a Japanese plane go down. Torpedoes passed under Vestal and hit battleship USS Arizona (BB-39), according to the Navy.

George helped another sailor remove the awning covers off Vestal’s guns and then helped fight fires onboard. As sailors jumped off the heavily damaged Arizona, moored next to Vestal, George secured a line to Vestal and through it overboard to help Arizona’s sailors escape, according to an oral history George recorded with the University of North Texas in 1978.

When it became apparent Arizona was doomed, George assisted with getting Vestal underway and away from the burning and fast-sinking battleship. Arizona lost 1,177 crewmembers during the attack. Vestal lost seven. George’s actions saved the lives of several sailor from Arizona, according to the Navy. George survived the war, retiring after 20 years in the Navy in 1955. He died in 1996.

In October 1942 Schmitt was posthumously awarded the Navy and Marine Corps Medal, the Navy’s award for non-combat heroism. The Navy later published a clearer definition of combat for award purposes, making Schmitt retroactively eligible for the Silver Star Medal, the military’s third-highest personal decoration for valor in combat. Schmitt’s family petitioned the Navy to upgrade his recognition to a combat valor award, according to the Navy.

While George was officially commended in 1942 by his commanding officer following the attack, he wasn’t awarded any medal. Lauren Bruner and Don Stratton, two of the Arizona sailors saved by George’s actions, petitioned for him to be presented a medal.