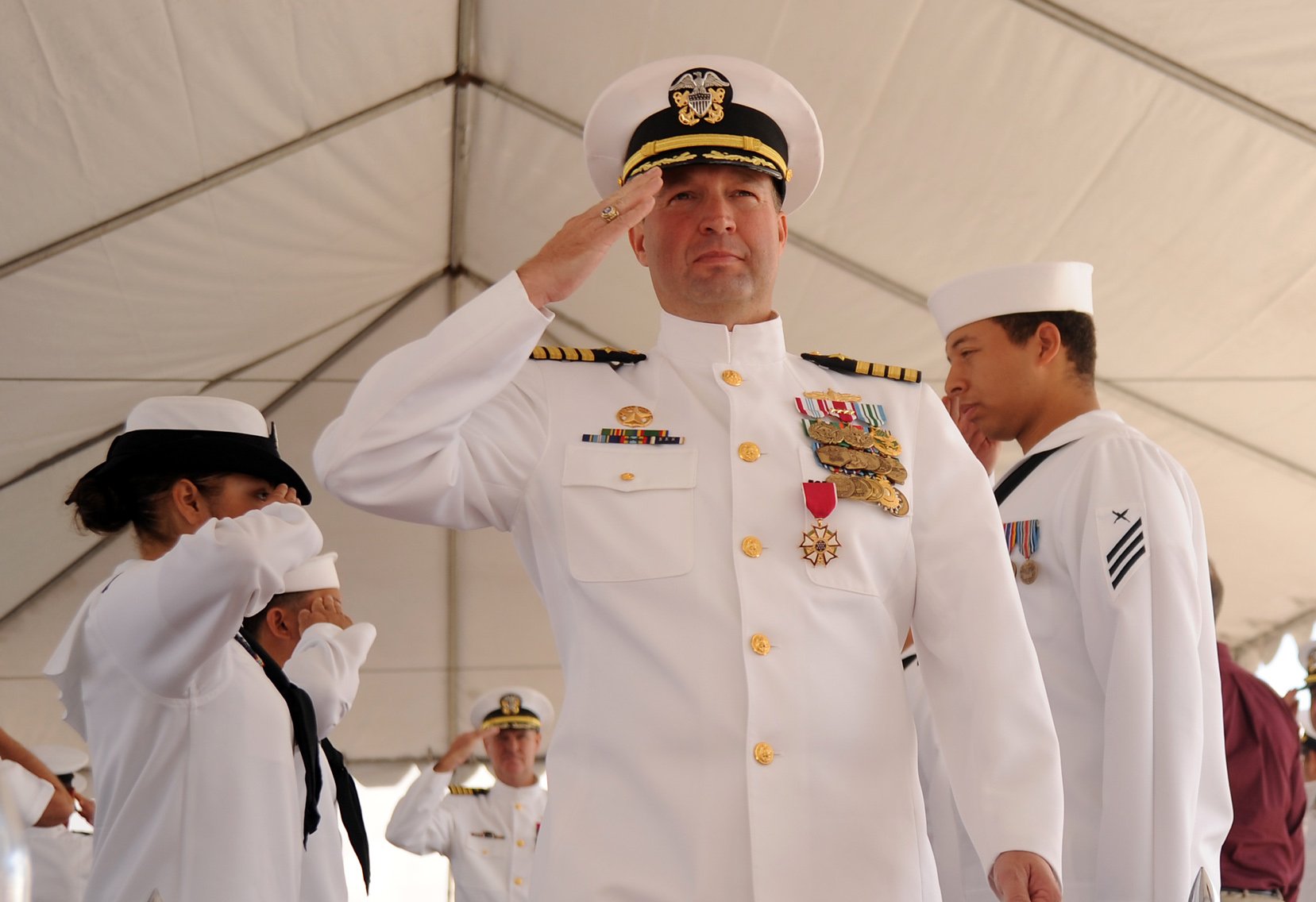 Side boys salute Capt. John Steinberger, the off-going commander of Destroyer Squadron One, following the unit’s change of command ceremony on Naval Base San Diego in California Oct. 12, 2012. US Navy Photo

NAVAL STATION NORFOLK, Va. — The former commander of a West Coast destroyer squadron was arraigned on charges related to the sprawling ‘Fat Leonard’ investigation in a military courtroom on Tuesday.

Capt. John Steinberger, former commander of DESRON One based in San Diego, Calif., appeared via a video teleconference in a Norfolk courtroom for the hearing.

Steinberger, a career surface warfare officer with several deployments to the Pacific, faces charges related his time as the commander of DESRON One from Jan. 22, 2011 to April 27, 2012. During the period, Steinberger accepted gifts, free or reduced-price hotel accommodations and the services of prostitutes from locations varying from Malaysia to the Philippines to Hong Kong to Australia, allege prosecutors.

The charging document alleged the gifts were in trade for providing Leonard ‘Fat Leonard’ Francis – who ran the husbanding business Glen Defense Marine Asia – intelligence on business competitors and for advance notice of Navy ship movements.

Prosecutors say he provided, “information to Mr. Francis that would assist his business interests and encouraging use of certain foreign ports and husbanding service providers, … and that said conduct was prejudicial to good order and discipline in the armed forces and of a nature to bring discredit upon the armed services,” read the charging document.

Steinberger, currently assigned to Undersea Warfare Development Command, did not enter a plea during the half-hour hearing and deferred a decision to have his case heard before a military judge or a jury to a later date. If convicted of all charges, he faces up to 14 and a half years in prison. The trial is scheduled for June.

He is the fourth sailor to appear before a military judge as part of the ongoing investigation that began in 2013. Steinberger’s case is one of the hundreds of names of service members the Department of Justice has collected but has declined to prosecute. Those cases are passed to a Consolidated Disposition Authority, in this case, U.S. Fleet Forces commander Adm. Phil Davidson.

“The Navy has reviewed evidence in 318 of those and have substantiated allegations in 48,” read a statement to USNI News.
“Another 164 are pending review.”