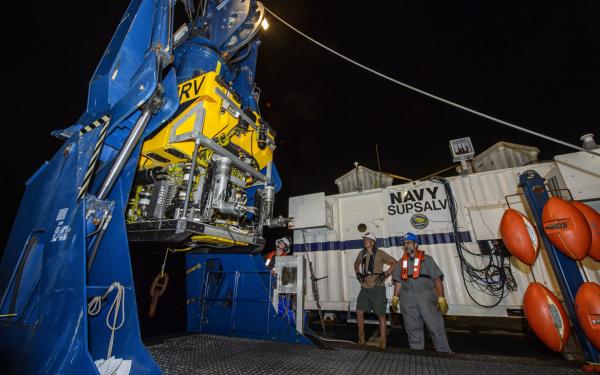 The U.S. Navy’s Cable operated Unmanned Recovery Vehicle (CURV), in this 2015 photo, is a 6,400-pound Remotely Operated Vehicle (ROV) that is designed to meet the U.S. Navy’s deep ocean salvage requirements down to a maximum depth of 20,000 feet of seawater. US Navy Photo

The U.S. Navy is providing deep-dive search and recovery assistance to the Argentine Armada as the international effort continues scanning the depths for remains of its missing submarine.

Thursday afternoon, an Argentine spokesman announced there was no longer any hope of rescuing the 44 sailors onboard the ARA San Juan — missing for more than two weeks — and was focusing all efforts on locating the wreckage.

Argentine officials believe San Juan’s last known location was right at the edge of the continental shelf. Anticipating the sub could have entered a deep uncontrolled dive, the U.S. Navy sent to Argentina a Cable operated Unmanned Recovery Vehicle (CURV) 21 which can dive to 20,000 feet below the sea surface, according to a Navy spokesperson.

The search for the sub has focused on an area near where an explosion was detected having occurred shortly after San Juan’s final communication. The explosion, analyzed by U.S. and international nuclear test monitors, occurred at about the point where the continental shelf drops-off into deep ocean, according to the Argentine Armada. Some naval experts believe the explosion could really have been an implosion of the sub diving to a depth beyond its limit.

The CURV is a 6,400-pound Remotely Operated Vehicle (ROV) equipped with continuous transmission frequency modulation (CTFM) sonar for target detection and a high-resolution digital still camera, black and white and color television camera. It arrived in Argentina on Friday morning, and was being loaded onto a ship to be transported to the search area by afternoon, according to a U.S. Navy spokesperson.

The two Navy Boeing P-8A Poseidon aircraft that were part of the search have returned to their home bases. Also, the Navy’s undersea search and rescue teams started packing their equipment on Friday to return to their home bases, according to a Navy spokesman.

“When you look at the Thresher, we still don’t have a lot of answers,” Wertheim said, referring to the 1963 sinking of nuclear attack submarine USS Thresher (SSN-593) which killed 129 crew members. 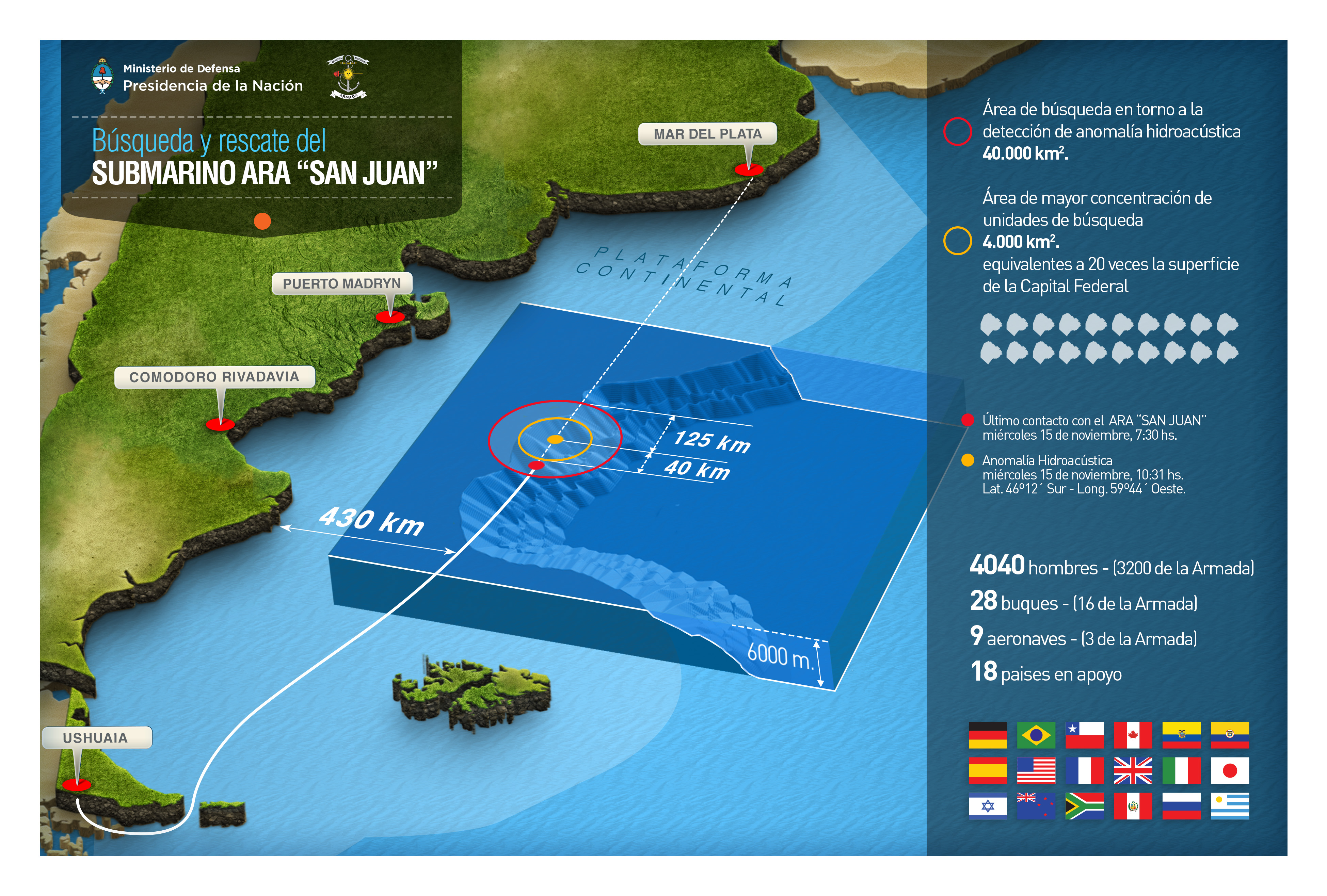 According to the last communication received by the Argentine Navy from San Juan, the submarine experienced a short-circuit in its forward battery compartment after sea water entered through the snorkel. Smoke and possibly fire occurred, but the sub announced it intended to continue to port submerged.

Wertheim said one of the questions investigators will likely try answering is why San Juan didn’t remain on the surface.

“You could have a release of chlorine gas. Fire is a tremendous risk on submarines,” Wertheim said. “In these situations, it’s not just one thing goes wrong, but a cascade of errors.”

In 2004, saltwater entered the Canadian Victoria-class submarine HMCS Chicoutimi, causing a short circuit and fire aboard. Nine sailors suffered smoke inhalation and one died. The Chicoutimi incident was really caused by a series of errors, including poor maintenance, poor construction, and the submarine’s age, according to a recent Canadian Naval Review article by Michael Byers, a professor at the University of British Columbia.

Operating a submarine fleet is hard and expensive, Byers states. In Canada’s case, its submarine fleet uses four subs bought used from the U.K., and currently only one is operational – with a limited diving depth. Australia, which has six submarines, is often left with one or none being operational due to maintenance problems. 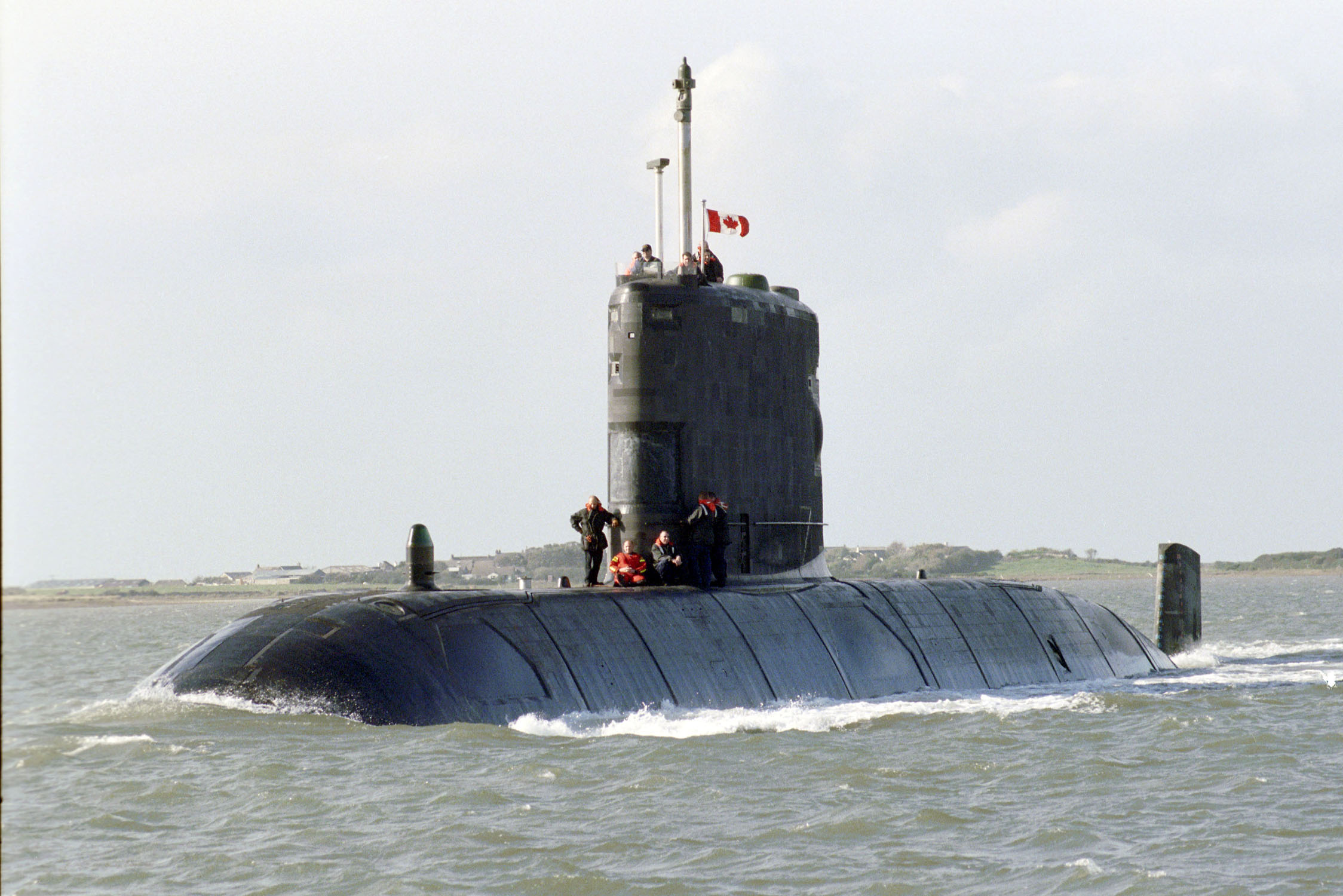 “The new submarines would have been cheaper to maintain, and been much more reliable, and they could have included useful new technologies such as air-independent propulsion (AIP_for operations under Arctic sea ice,” Byers wrote.

Argentina recently completed a lengthy refit of San Juan, which is a German-built TR-1700 attack sub launched in 1983. The mid-life overhaul, completed in 2014, repaired San Juan’s propulsion batteries, diesel engines, and propulsion generators, according to a statement released by shipyard performing the work. New battery computers were installed, along with new periscopes, radar, and communications equipment.

The number of navies buying submarines is increasing, Wertheim said, but he questions the need for such expensive and hard to maintain fleets. After all the work and money spent trying to modernize San Juan, something still went wrong, causing a catastrophic loss of life.

“I do think this is an important wake-up call for small navies,” he said.