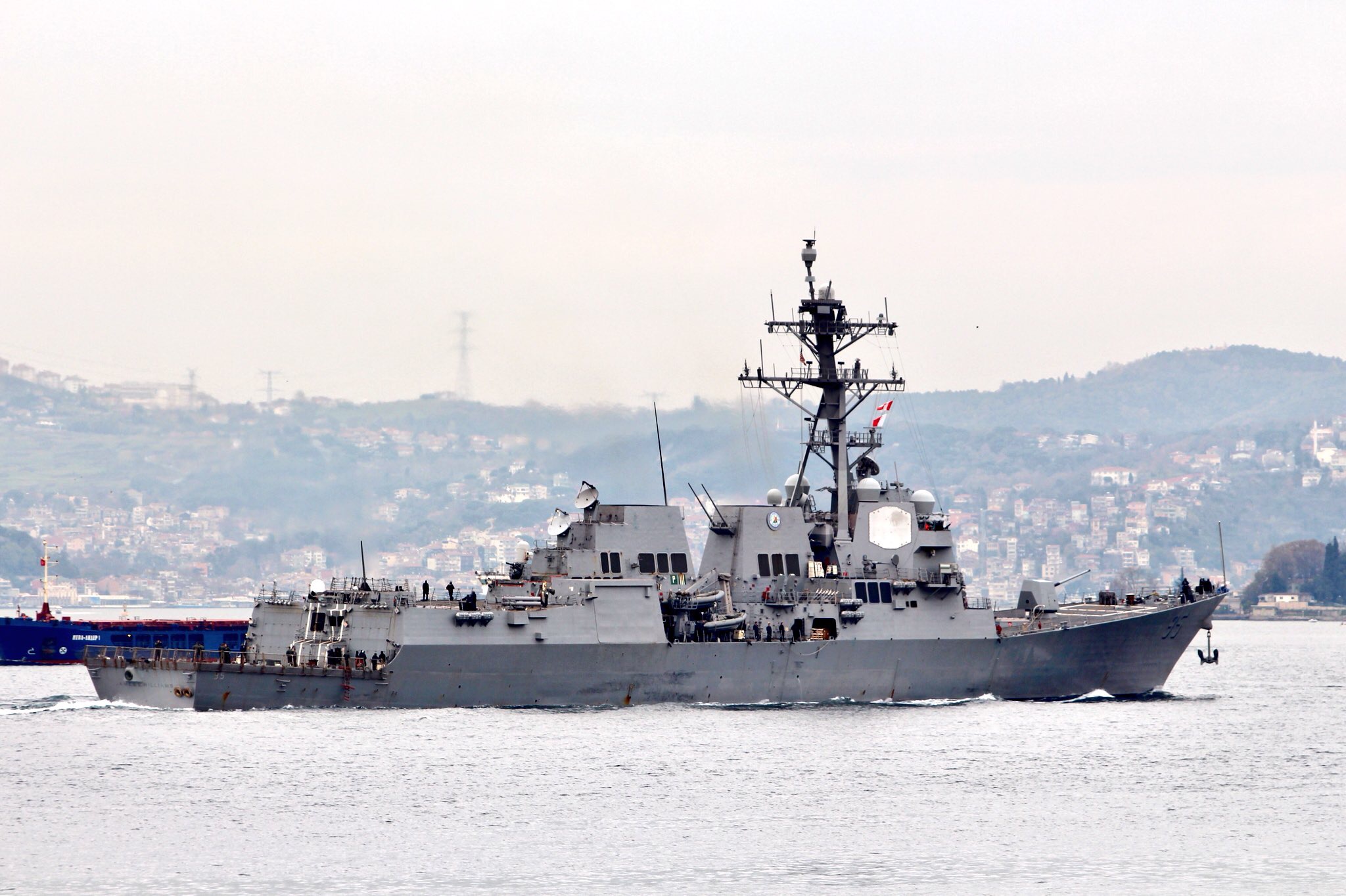 USS James E. Williams (DDG-95) was spotted transiting the Bosporus Strait over the weekend, heading into the Black Sea.

While heading to the Black Sea, photos of the guided missile destroyer were tweeted Sunday by amateur ship spotters in Istanbul. The ship is expected to make a port call to Odessa, Ukraine, a Navy spokesperson told USNI News.

James E. Williams deployed from homeport in Norfolk on May 23 and has been sailing in both the Navy’s 5th and 6th Fleet areas of operation. According to the 1936 Montreux Convention, the international agreement regulating sea traffic through the Bosporus Strait, James E. Williams can only remain in the Black Sea for a maximum of 21 days. When the ship left Norfolk in May, the crew expected to be home for Christmas, according to news reports.

The last U.S. Navy ship to visit the Black Sea was USS Porter (DDG-78), which departed on September 1 after finishing the Operation Atlantic Resolve exercise in August, according to a Navy statement.