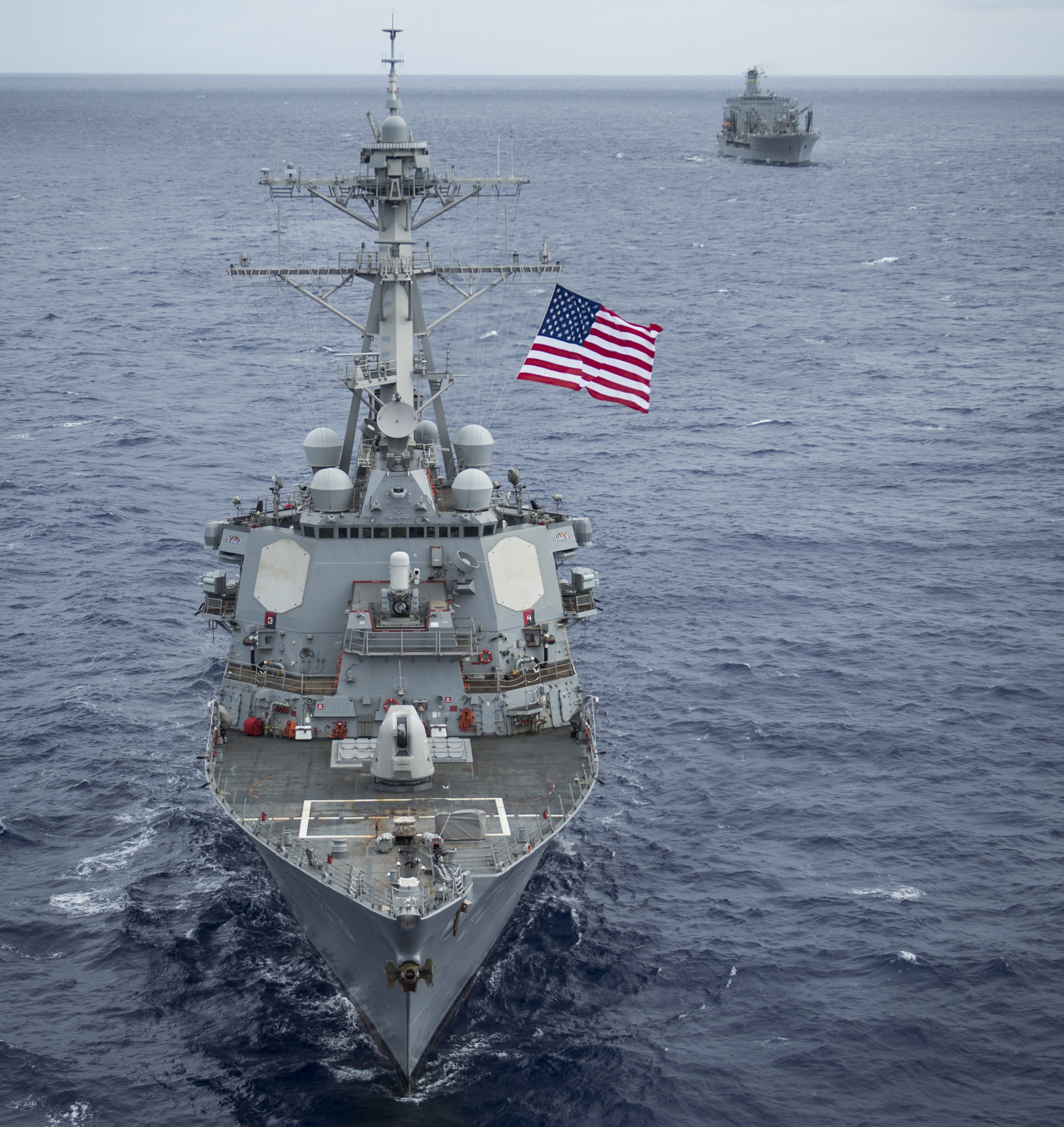 The guided-missile destroyer that collided with a tugboat off the coast of Japan is back at its homeport on Monday, a U.S. 7th Fleet spokesperson told USNI News.

USS Benfold (DDG-65) returned to Yokosuka, Japan after the warship collided with a tugboat during a towing exercise in the Sagami Bay on Saturday.

An evaluation of the damage on the warship found “minimal scrapes” and a “slight dent” in the starboard slightly aft of amidships, according to 7th Fleet.

USNI News has learned that the collision occurred while both ships were moving at low speeds while the towline between the two ships was loosened. The loose line became wrapped in the propeller of the Japanese tug and caused it to lose propulsion and drift into Benfold. The incident is under investigation and it is unclear how long the ship, assigned to the forward-deployed Destroyer Squadron 15, maybe pier side.

While the collision is minor, it comes as the Navy is struggling with the aftermath of two fatal collisions between destroyers and merchant ships in the Western Pacific that claimed the lives of 17 sailors. The collisions of USS Fitzgerald (DDG-62) USS John S. McCain (DDG-56) also caused hundreds of millions in damage to the ships and will keep them sidelined for months for repairs.

The Navy is instituting changes found in a fleet-wide comprehensive review of the surface navy that was released in early November. A strategic review of U.S. surface forces, led by the Secretary of the Navy Richard V. Spencer, is due out early next month.