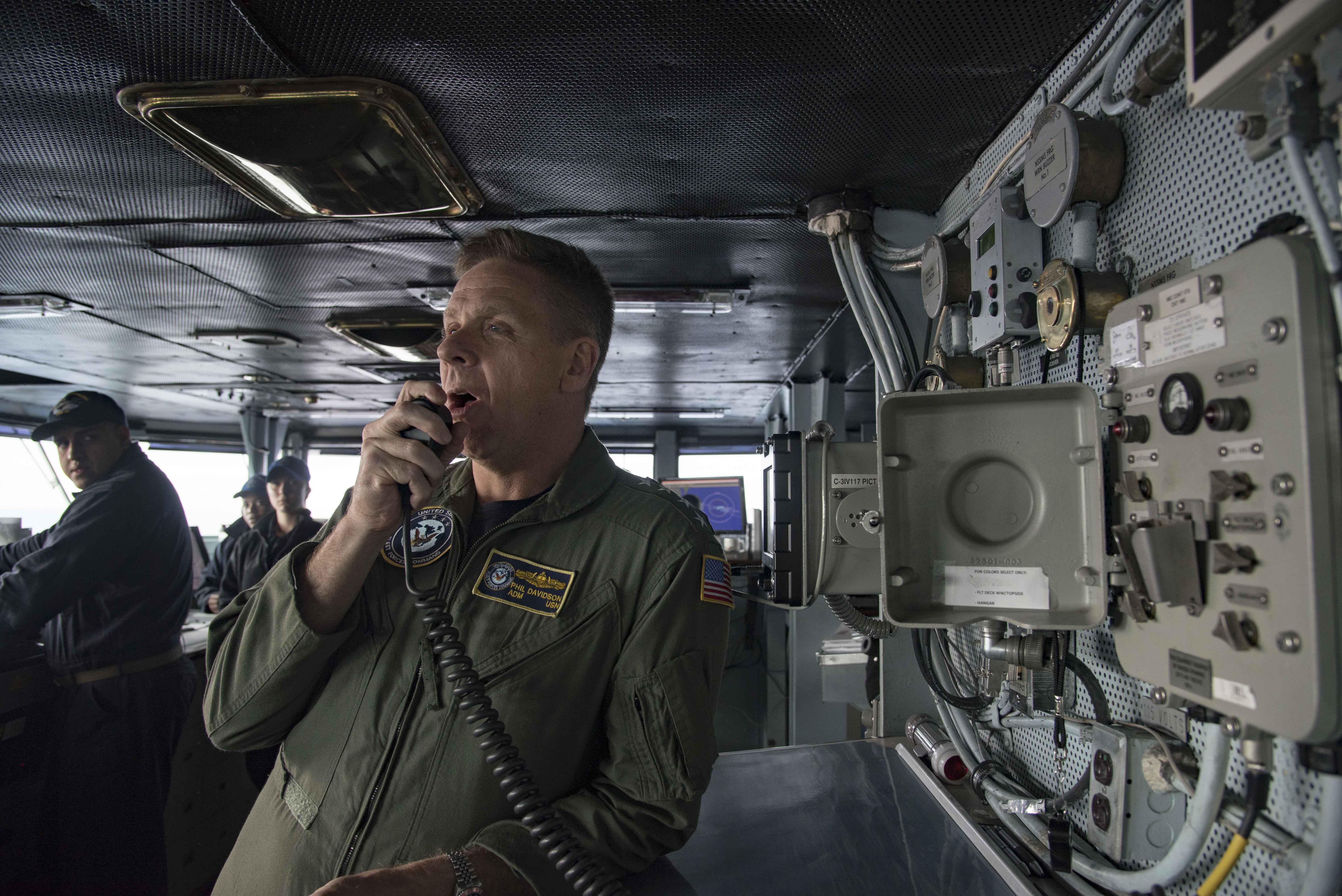 THE PENTAGON — The Navy released lengthy Comprehensive Review of its surface fleet’s operations in the wake of four dangerous and deadly incidents at sea this year that claimed the lives of 17 sailors.

Chief of Naval Operations Adm. John Richardson tasked Adm. Phil Davidson, commander of Fleet Forces, with creating the report, which looked at the entire surface fleet, but with an emphasis on U.S. 7th Fleet where this year’s deadly incidents occurred.

“Over a sustained period of time, rising pressure to meet operational demands led those in command to rationalize declining standards; Standards in fundamental seamanship and watch standing skills, teamwork, operational safety, assessment and professional culture,” Richardson said during a briefing with reporters when the report was released. “This resulted in the reduction of operational safety.”

Davidson, who attended the briefing but did not make a formal statement, led a 33-person team, including members of all branches of the military and industry experts, spent two months evaluating a wide range of factors believed to contribute to the spate of deadly incidents.

“There is a mismatch between a sustainable level of naval power that we can generate with the current assigned forces in 7th Fleet and the mission set, the growing mission set, that is emerging out there,”

Weaknesses were found in such areas as funding, training, certifications, risk management, training and maintaining such onboard electronic systems including navigation, radar, propulsion, and steering systems.

“The demand for ready and certified ships to support operations exceeded the quantity that could be supplied,” Richardson said. “Steadily increasing risks were not understood or appropriately mitigated as these ships were routinely assigned to high priority short notice tasking.”

Key Takeaways from the Comprehensive Review include: