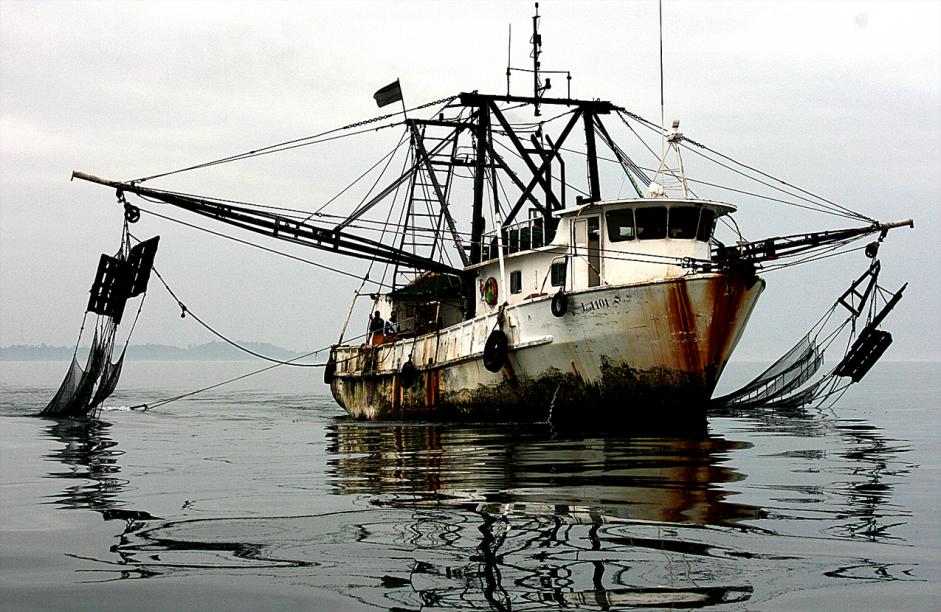 Illegal and unregulated fishing supports transnational crime, piracy, insurgency and terrorism and should be treated as a national security issue, a new report from the National Geographic Society and the Center for Strategic and International Studies says.

Although illegal, unreported and unregulated fishing provide pathways for a host of criminal activities, “it doesn’t have the consciousness of government imagination” not only in the United States but globally, John Hamre, CSIS chief executive officer said on Wednesday.

Transnational criminal networks become involved through the use of large fishing vessels staying at sea for a year or more, said Daniel Myers, of the National Geographic Pristine Seas project. In reality, “You have slave labor” working on these ships. Often a two-step “trans-shipping” system is used. In the first step, the smaller boats unload illegal catches onto a large mother ship. The mother ship, in turn, refuels and resupplies the smaller fishing vessels, allowing them to remain out from port for months and keep the crews working, often against their will.

Additionally, “you have illegal fishing boats used as cover for narco-trafficking,” Myers said. The stomachs of illegally-captured sharks or other fish are filled with cocaine. The results are profits from the illegal catch and the drug smuggling.

Lt. Jessica Conway, of the U.S. Coast Guard’s Living Marine Resources Enforcement office, said, transnational criminals and others illegally fishing succeed because they “exploit the gaps in government structures.” Gaps in surveillance and enforcement exist in the United States. With 42,000 active-duty Coast Guardsmen, Conway noted its force is smaller than the New York City Police Department with a variety of missions spread over the nation’s and world’s waterways.

With that small force, 11 percent of the service’s time is “devoted to various fishing protection and enforcement.” She said one way to expand enforcement is link it with other Coast Guard activities such as counter-narcotics.

“We’re kind of the red-headed stepchild when it comes to funding,” Conway said.

But, she added illegal and unregulated fishing “has the potential to become the crisis of the next century” because stocks are dwindling and population requiring protein are increasing.

Fish provide a large part of the protein consumed by 4 billion people now, said Myers. Historically, he added, “national resource conflict is one of the most common sources of conflict”

He said the question many nations becomes how can they can provide adequate surveillance in their own economic zones and is the criminal law strong enough “to capture bad guys in your ports or your neighbor’s ports” and prosecute them.

Xiao Recio-Blanco, director of the Ocean Program at the Environmental law Institute, compared the situation to “carving a large sculpture without final agreement on what the final sculpture will look like” in combating illegal fishing by local fishermen and large fishing enterprises, often subsidized by governments.

Compounding the problem of what is legal or illegal is the direct impact on local communities and governments who are losing livelihoods and revenue for services from illegal fishing.

“Countries need to know which agency will lead and what are their main priorities,” Recio-Blanco added.