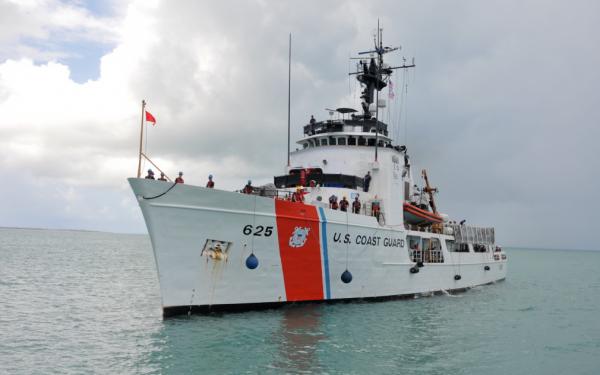 Venturous transited more than 8,000 miles patrolling the waters around Puerto Rico as part of the federal effort delivering humanitarian aid and disaster relief supplies to the region following Hurricanes Irma and Maria, according to a Coast Guard statement.

Venturous is a 210-foot Reliance-class cutter carrying 76 crewmembers. Medium endurance cutters such as Venturous, are slated for replacement by the new Offshore Patrol Cutter (OPC). Last year, Florida-based Eastern Shipbuilding was awarded an initial $110.3 million contract to build the first OPC hull with options to build up to eight more on a contract that could be worth as much as $2.38 billion. Ultimately, the program calls for 25 OPCs built.

This new class of cutter, expected to first be delivered in 2021, will have the ability to operate more than 50 miles from land, providing surface and air pursuit capabilities which are intended to operate with other military and federal partners.