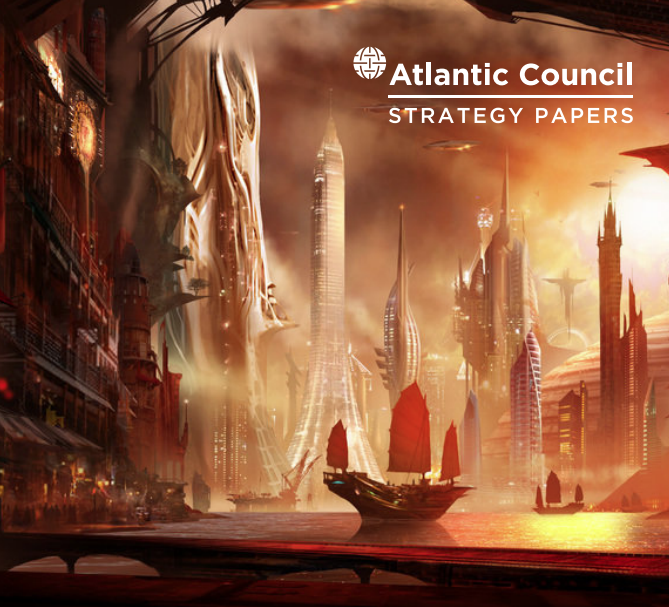 The U.S. involvement in the Western Pacific is necessary to reestablish a rules base order in the region to address the “bookend dangers” of excessive accommodation and aggressive containment of China, according to a new report from The Atlantic Council.

Matthew Kroening, one of the paper’s authors, said the United States’ allies and partners feel “we’re not selling out their interests” in maintaining that balance with Beijing in security and trade. The underlying premise was to obtain regional buy-in by writing the paper and have them understand they were part of the process “rather than imposing a strategy from outsiders,” Miyeon Oh, the other author added during a presentation last week.

With a new administration in place, the authors said it was time to review existing agreements and arrangements and offer ways forward.

The feeling among political and economic leaders in the region is the “United States [and the European Union] should not stay on the sidelines” as China advances its One Belt/One Road infrastructure initiative for Asia to the Middle East, Oh said Thursday. She noted there has not been a single hearing focused on the Chinese initiative in this congressional session even though the administration of President Donald Trump has announced it is pulling out the American-led Trans-Pacific Partnership trade arrangement.

Oh asked rhetorically how does “America First work in an open trading environment” and still modernize existing trade agreements. Kroenig added the administration is not alone in questioning the fairness of agreements with China. American businessmen are voicing their concerns over China’s mercantilistic practices in trading with the United States, severely limiting their access to markets.

Later, Oh said in answer to a question there is a growing concern in the Asia-Pacific over the United States’ willingness to continue to be the security provider in the region with its “America First” emphasis.

Beijing is not the only power disrupting the Asia-Pacific security order.

“Russia has also posed a great challenge to the rules-based order” internationally with its seizure of Crimea and open backing of separatists in eastern Ukraine, Paula Dobriansky, a senior fellow at Harvard’s Future of Democracy Project, said.

They “would like a clear message from the United States” about where it stands and how it would honor its commitments to allies and arrangements with partners.

Another reason to relook the Asia-Pacific is the differences in how the region views agreements and how the administration does.

The Trump administration sees the existing trade agreements as not favorable to the United States, but Asia-Pacific nations also see them as security arrangements, H.E. Ashok Kumar Mirpuri, Singapore’s ambassador to the United States said at the event. Inside the administration, he said they are debating whether they should separate the two issues. He pointed to agreements between Singapore and the United States as how to economic and security arrangements can be intertwined. For example, use of military facilities –ports, shipyards — for forward stationing vessels are included in a trade agreement with Washington.

“We keep an even balance between” the United States and China. “These are the two largest players in the world” economically and increasingly militarily and “countries have to adjust to that; institutions have to adapt to that.” He mentioned the Bretton Woods monetary system as an example of an institution.

Mirpuri added Asian-Pacific nations “really look at the United States as a model” for innovative business. There is a “soft power element and a hard power element” to American involvement in the region.

The paper also envisions a more active role for Europe in the Asia-Pacific. “Europe also has an interest in Freedom of Navigation” issues now in dispute in the South China Sea. They need to see it “not as a regional issue but a global issue,” Kroenig said in answer to a question.

He added Europe, as it did in the negotiations with Iran over its nuclear weapons program, could play a useful role in peacefully settling the various nations’ territorial claims in the South China Sea. Kroening said Beijing would pay closer attention to settling that dispute if a large trading bloc joined the United States in calling for meaningful talks.

All agreed the Trump administration has not turned its back on the region, and they were encouraged by his upcoming visit to the Asia-pacific next month.