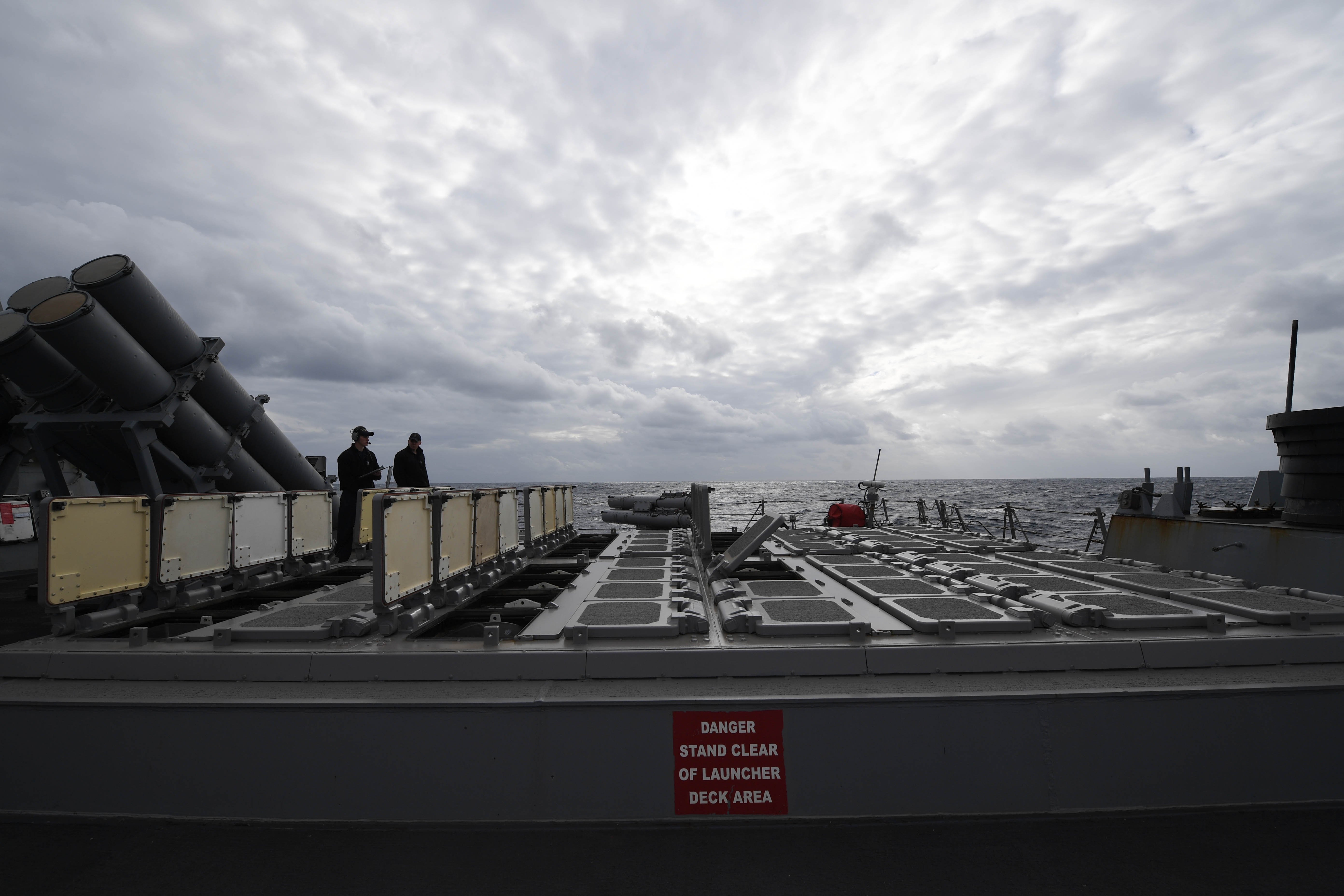 Gunner’s Mate 3rd Class Taylor Monroe, left, and Gunner’s Mate 2nd Class Marcus Benavides conduct maintenance on the aft vertical launching system aboard the guided missile destroyer USS Porter (DDG 78) on Jan. 5, 2017. Open and modular systems, like the Vertical Launching System and the Aegis Combat System, will become even more important as technology rapidly advances and the Navy is tasked with operating in high-end environments, the deputy assistant secretary of the Navy for research, development, test and evaluation said. US Navy photo.

A renewed focus on sea combat and rapidly advancing technologies mean the Navy will have to leverage open architecture in its future ships, weapons and other systems, the Navy’s new deputy assistant secretary of the Navy for research, development, test and evaluation said today.

On the job for about 45 days, William Bray detailed his vision for his new post in the Pentagon at the Defense Daily Open Architecture Summit on Thursday. The Navy is becoming more of a sea combat navy, Bray said – something he said hadn’t been the case for more than a decade – which means bringing ships and sailors into harm’s way in places such as the South China Sea.

Responding to a threat today means using unmanned systems to collect data and then delivering that information to surface ships, submarines, and aircraft, Bray said. The challenge is delivering this data quickly and in formats allowing for quick action.

“I don’t know how you do that unless you have open systems,” he said.

Using his history with the Aegis Combat System and the Ship Self Defense System development as an example, Bray described the importance of open architecture. In 2006, he worked on upgrading these programs as the director of Integrated Combat Systems for the Program Executive Office for Integrated Warfare Systems.

At the time, the Navy was sinking ships that were too costly to upgrade. After just 17 years in service, the $1-billion Aegis cruiser ex-Valley Forge (CG-50) was used for target practice. When built, Valley Forge was a technological marvel, but the ship wasn’t designed to change, retired Rear Adm. Nevin Carr wrote in a 2016 Naval Institute Blog post. Carr introduced Bray to summit audience Thursday.

Bray’s team worked to open what it could with the both Aegis and SSDS. They separated the hardware and software. The end result wasn’t a completely open system, he said, but they were able to drive down costs because of changes to space and weight and through using common source software, thus passing on savings to shipbuilders.

The Navy has to get away from creating lists of requirements when developing new designs, Bray said. If there’s a set list, then designers will deliver something matching the list, but without considering how to adapt the end product to changing mission needs. Instead, he wants the Navy to provide designers with ranges of options. This way, once a system is developed, designers can evaluate a system’s overall capability with warfighters, and quickly make adjustments when needed.

“Open system architecture is the foundation of where we go forward,” Bray said.