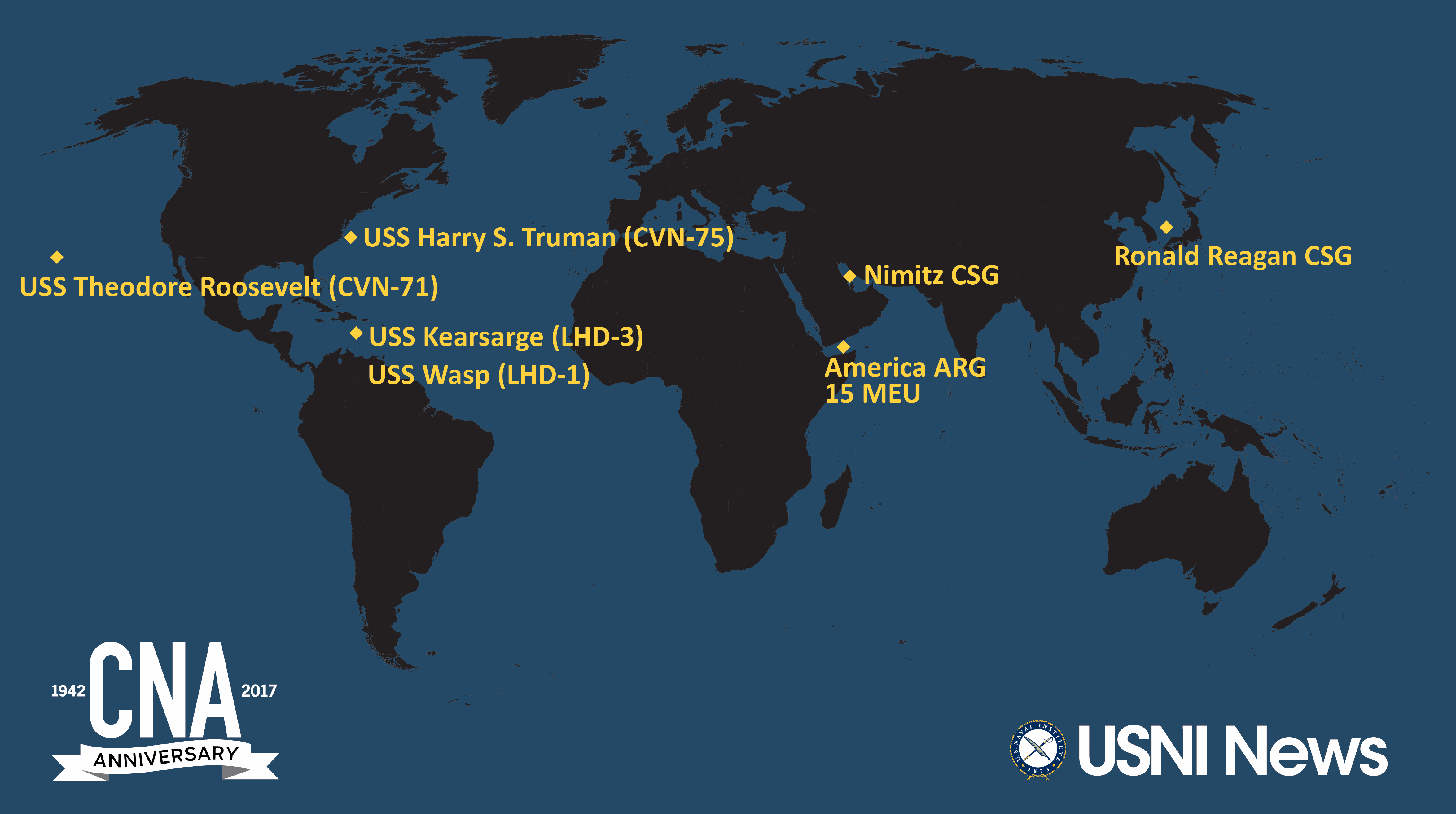 The USNI News Fleet and Marine Tracker is sponsored by CNA.
These are the approximate positions of the U.S. Navy’s deployed carrier strike groups and amphibious ready groups throughout the world as of Oct. 16, 2017 based on Navy and public data. In cases where a CSG or ARG is conducting disaggregated operations, the map reflects the location of the capital ship. 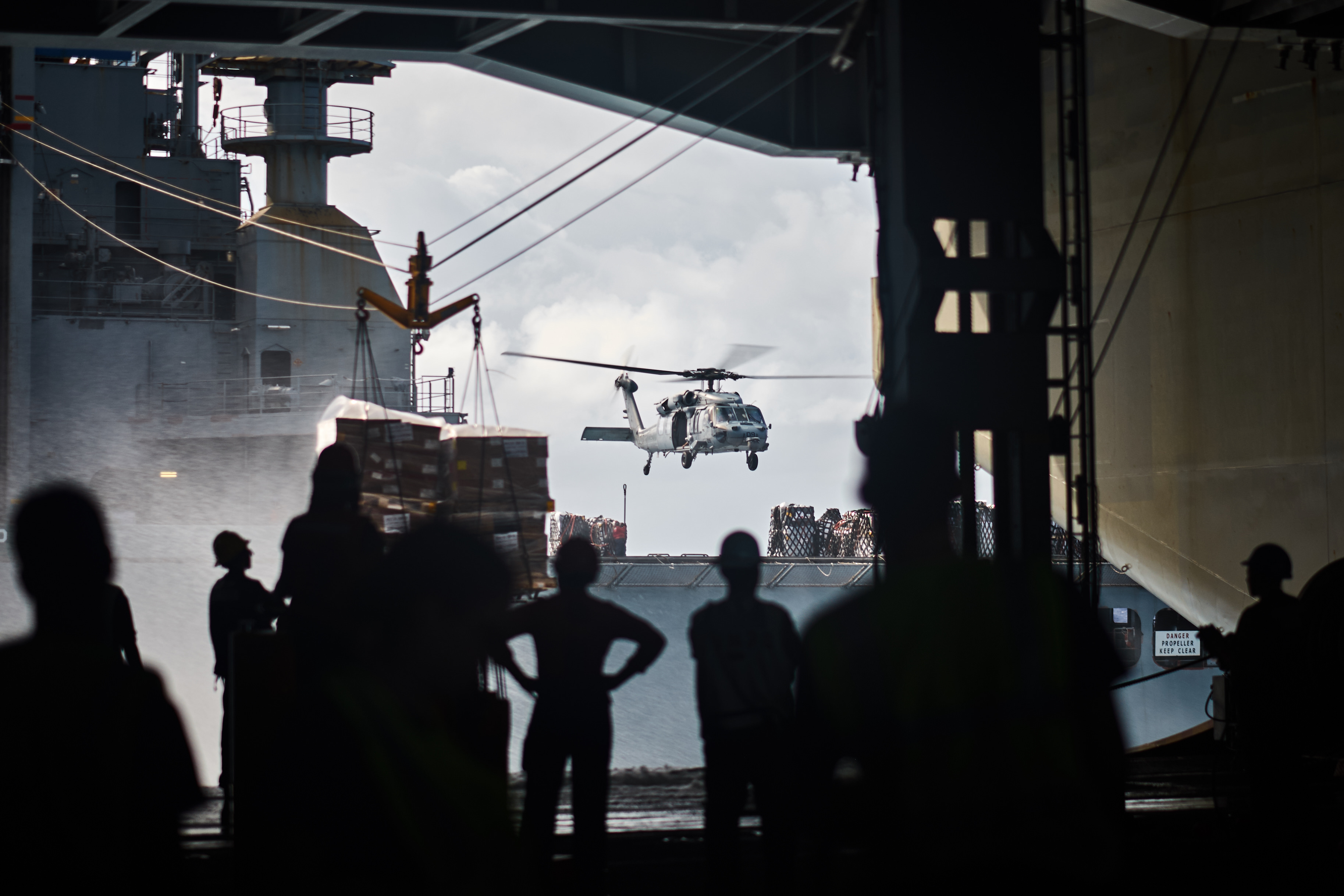 An MH-60S Sea Hawk helicopter assigned to the dry cargo and ammunition ship USNS Charles Drew (T-AKE-10) hovers over the ship during a replenishment-at-sea with the aircraft carrier USS Ronald Reagan (CVN-76) on Oct. 11, 2017. US Navy Photo 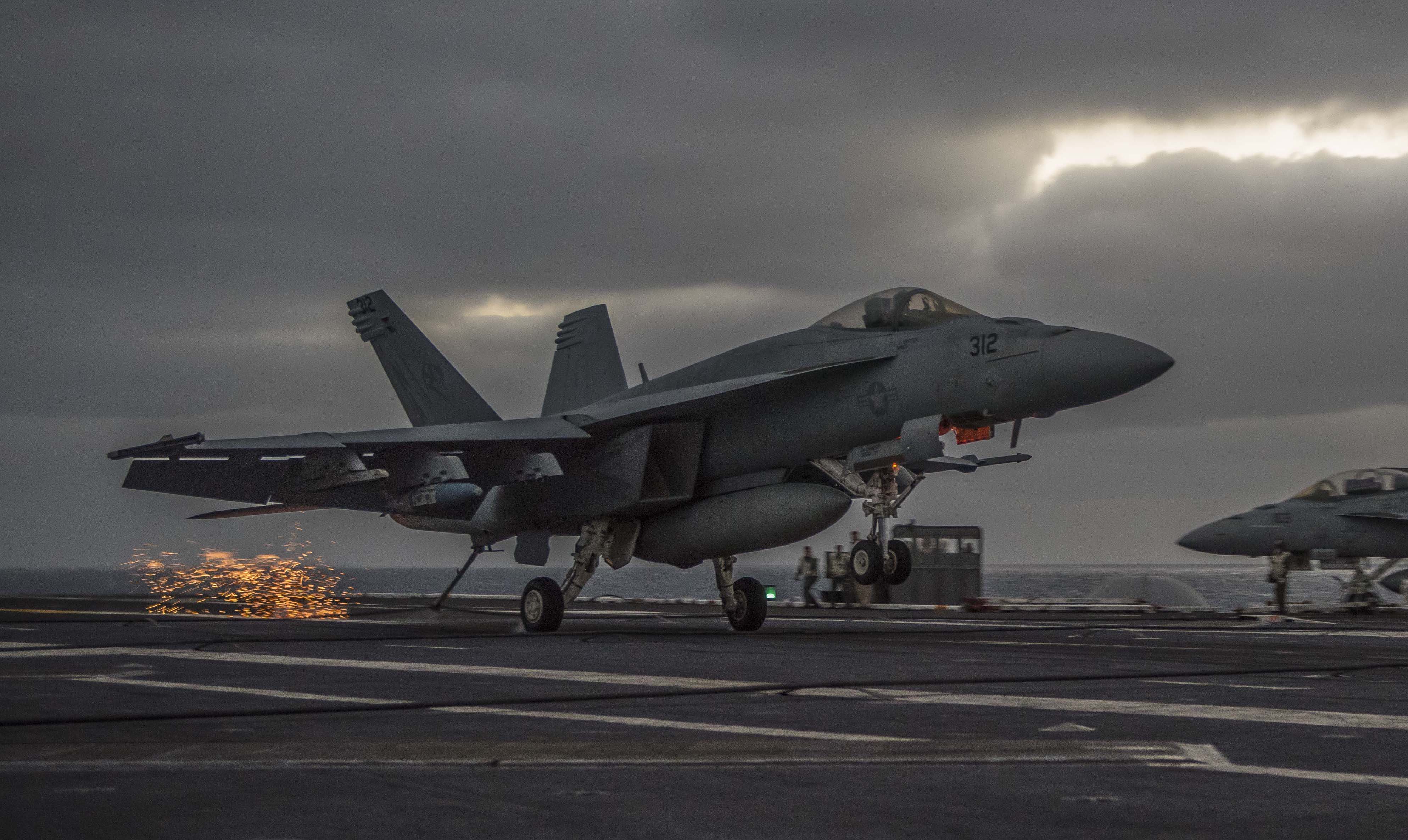 An F/A-18E Super Hornet assigned to the Stingers of Strike Fighter Squadron (VFA) 113 lands on the flight deck of the aircraft carrier USS Theodore Roosevelt (CVN-71) on Oct. 10, 2017. US Navy Photo

About 7,500 sailors and Marines with the Theodore Roosevelt Carrier Strike Group departed Oct. 7 from San Diego for a scheduled deployment to the Western Pacific and the Middle East.

They are steaming west and are currently about halfway to Hawaii. 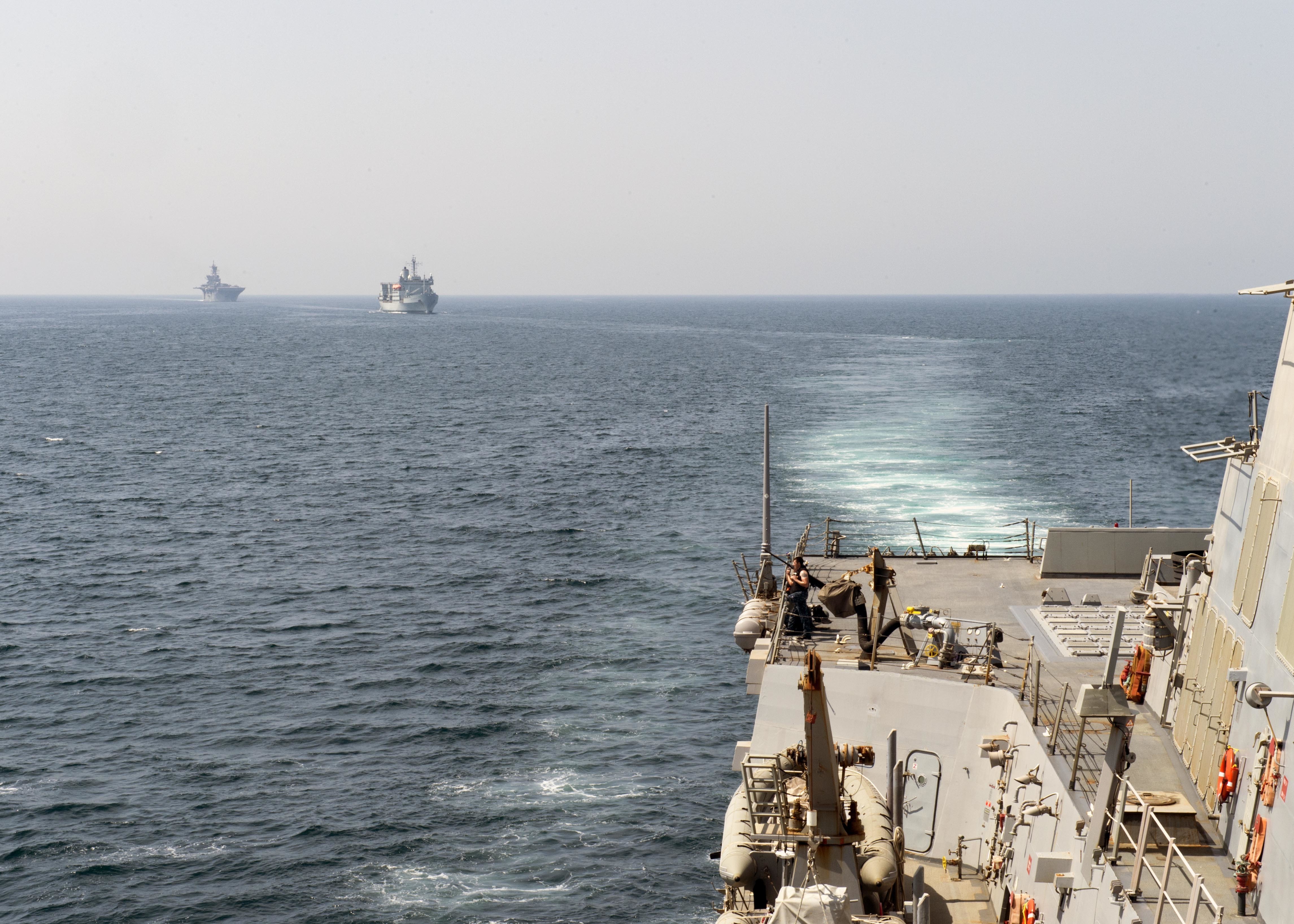 The America Amphibious Ready Group (ARG), 15th Marine Expeditionary Unit (MEU) and Amphibious Squadron (PHIBRON) 3 have transited the Bab-el- Mandeb from the Red Sea into the Gulf of Aden. The Bab-el-Mandeb is a strait between Yemen on the Arabian Peninsula and the Horn of Africa and is about twenty miles across. In Arabic, Bab-el-Mandeb translates to the “Gate of Tears.” 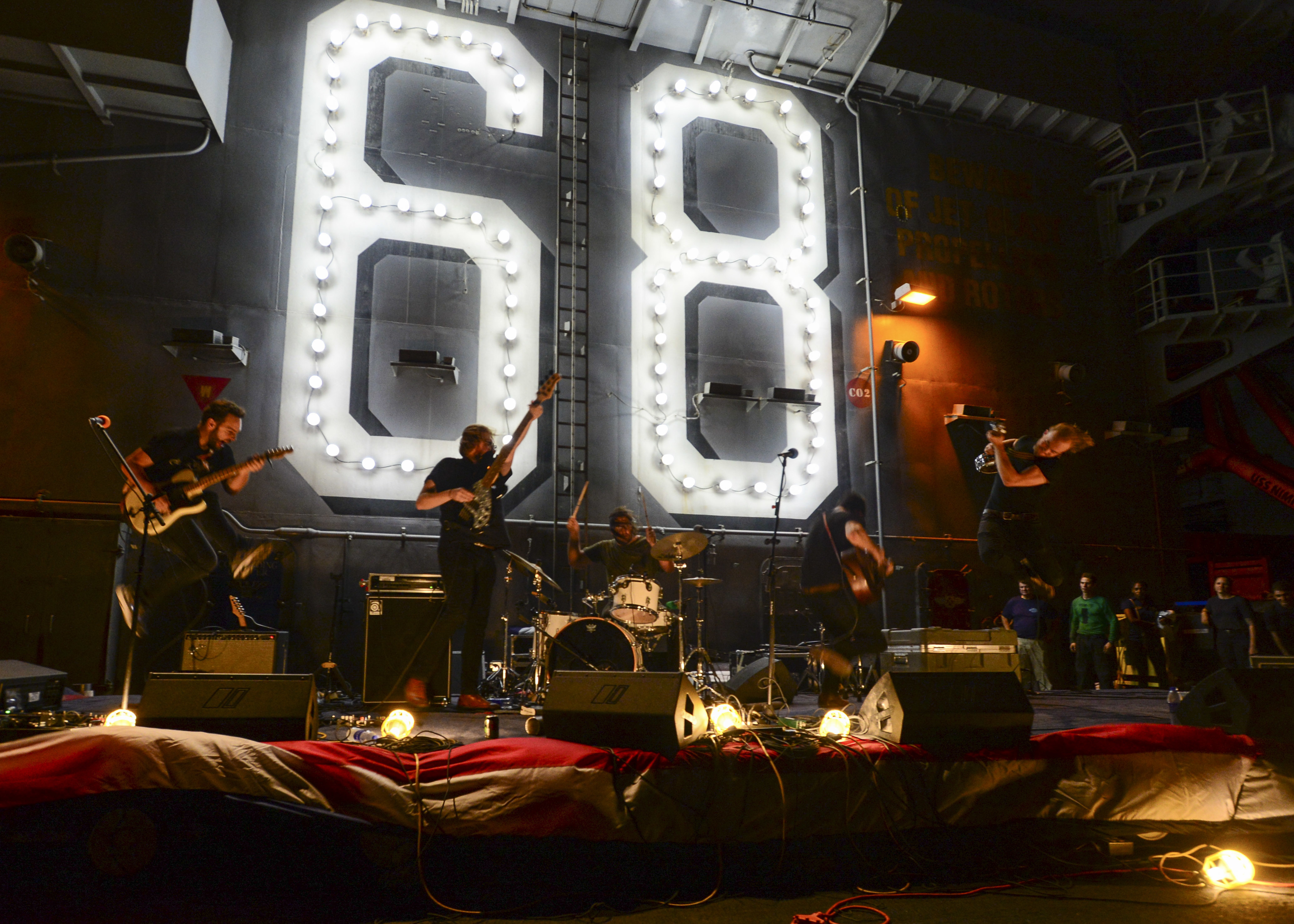 The band ‘Jared and the Mill’ performs for the crew aboard the aircraft carrier USS Nimitz (CVN-68) in the Persian Gulf on the occasion of the Navy’s 242nd Birthday on Oct. 13, 2017. US Navy Photo

The Nimitz Carrier Strike Group continues to conduct anti-ISIS strikes in Syria and Iraq in support of Operation Inherent Resolve. 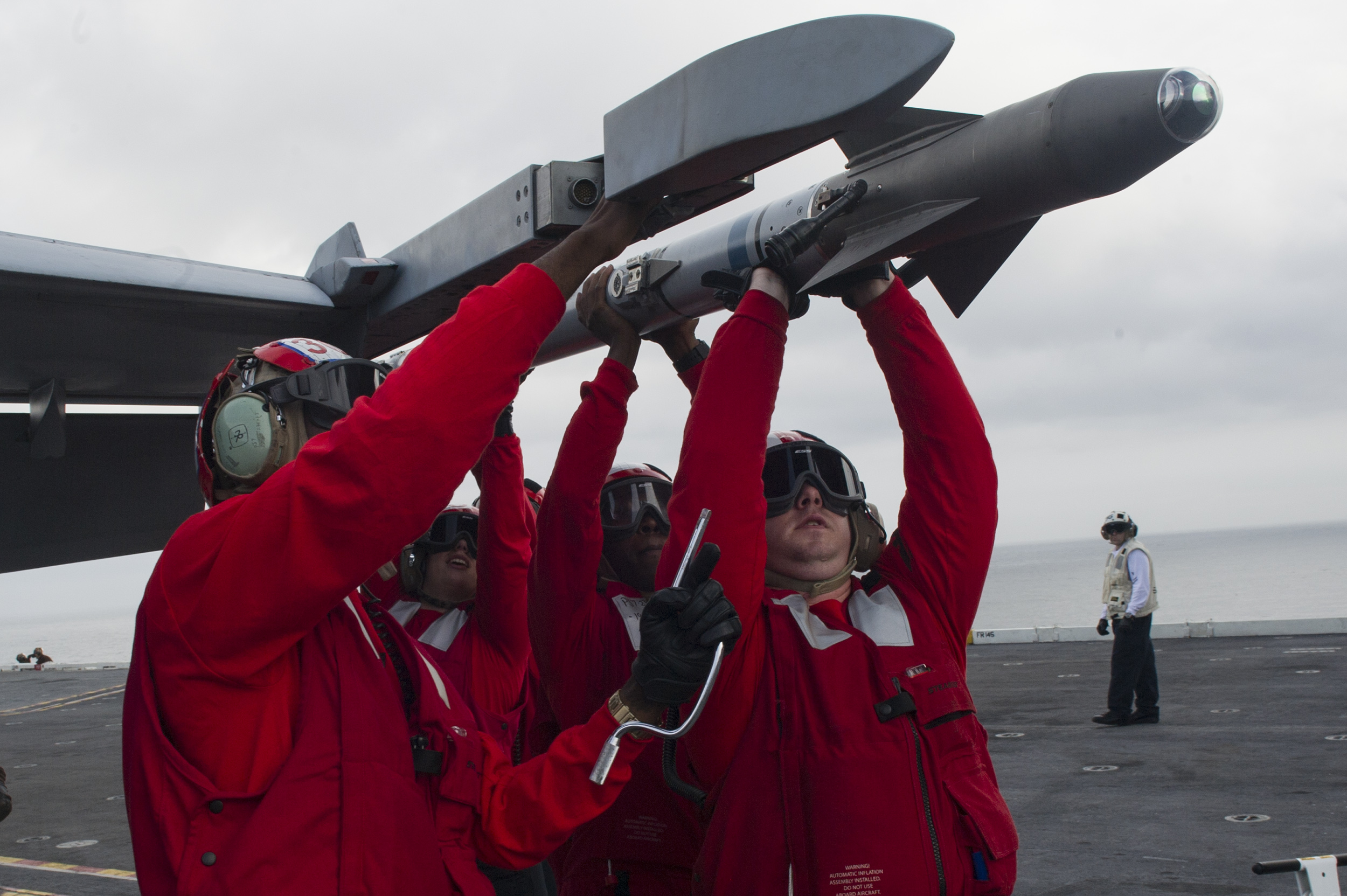 USS Harry S. Truman (CVN-75) is underway in the fleet operations areas off of Norfolk, Va., conducting a Tailored Ship’s Training Availability (TSTA). This is the final step in the individual ship training period and culminates in a Final Evaluation Problem (FEP). The next underway phase of the carrier’s training will integrate other ships as Truman continues deployment work-ups. 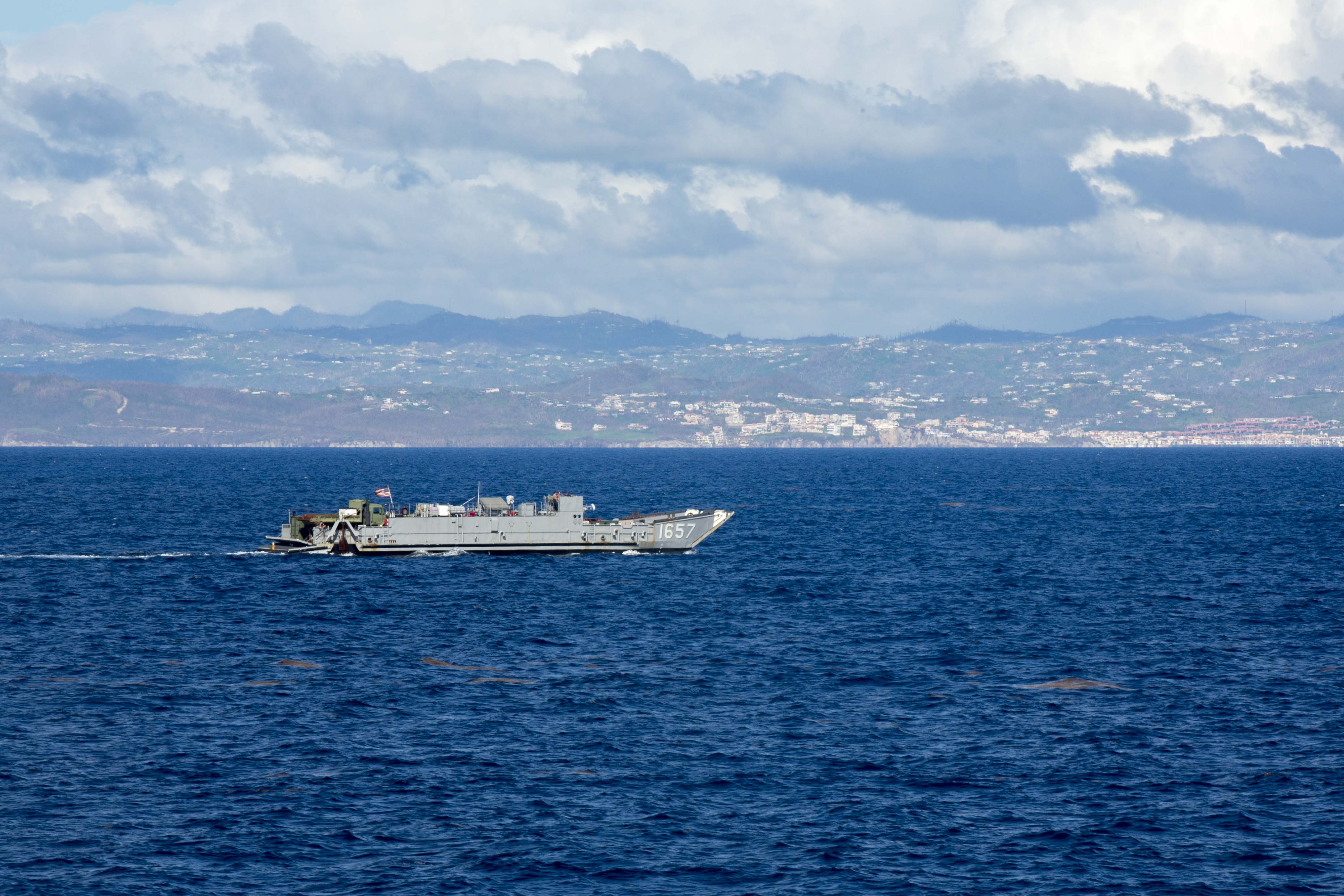