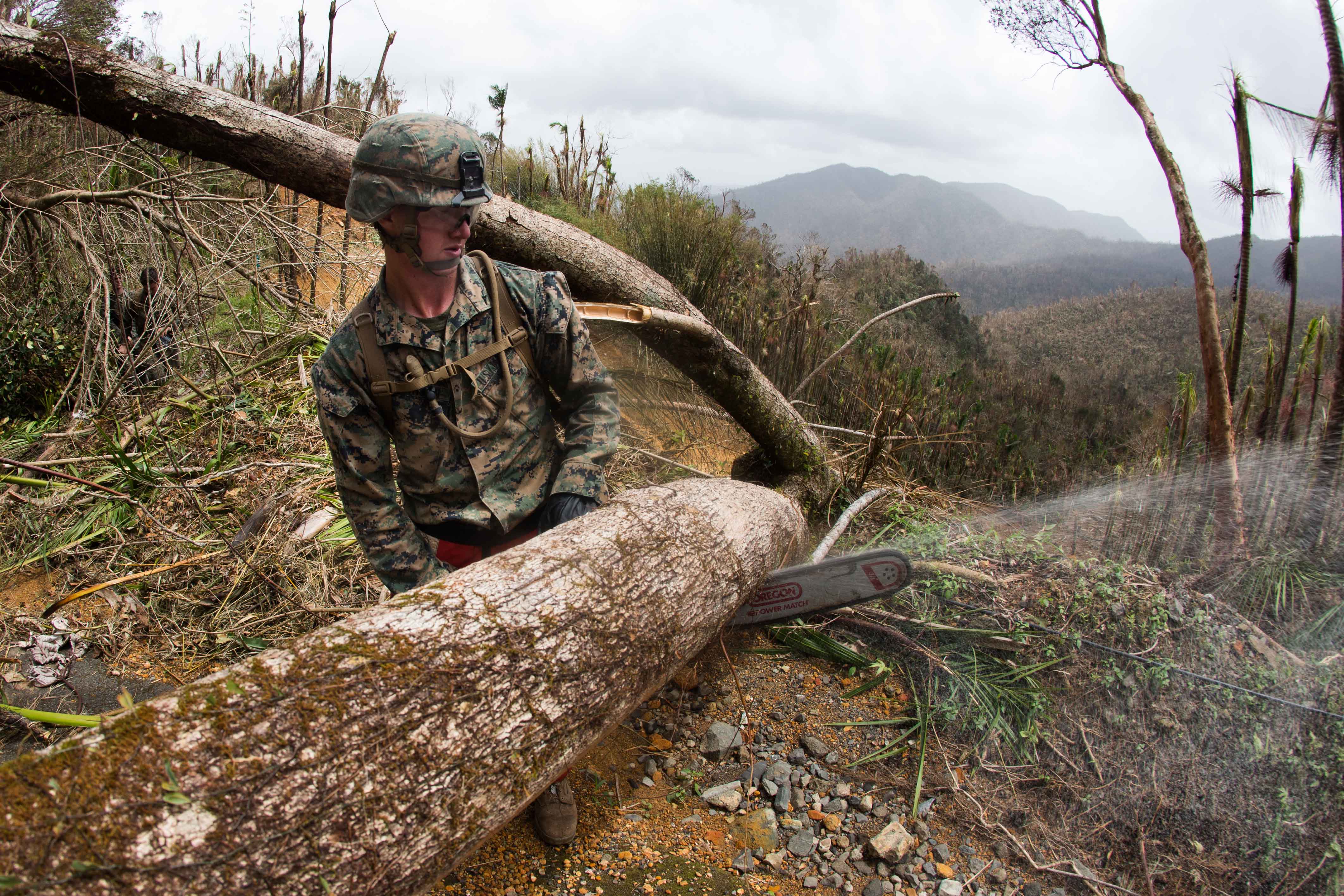 Elements of the 24th Marine Expeditionary Unit are in the process of traveling to Puerto Rico, to provide disaster relief in the wake of Hurricane Maria.

Ultimately, more than 300 Marines from the 24th MEU will embark on USS Kearsarge (LHD-3), relieving elements of the 26th Marine Expeditionary Unit which has been providing in the region for six weeks. The swap in place is occurring over the course of several days, ensuring the ongoing relief efforts in Puerto Rico are not interrupted. 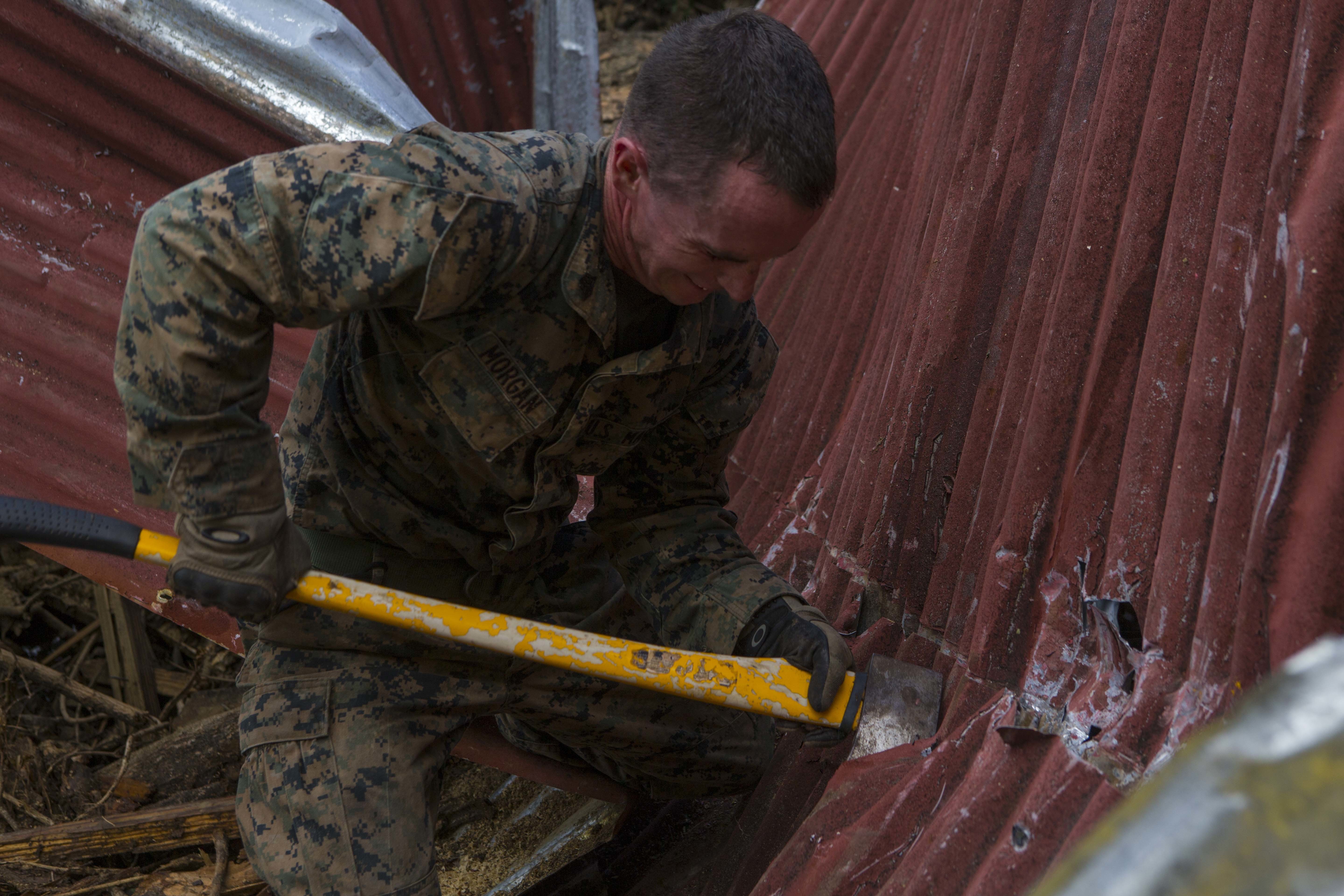 Marines from the 26th MEU departed with the Kearsarge Amphibious Ready Group when it left Norfolk on August 31. USS Oak Hill (LSD-51) has also been in the region with Kearsarge since leaving August.

At the time, the ARG was headed to the Gulf of Mexico to provide logistical and medical assistance, if requested, to the Texas coast after Hurricane Harvey made landfall. When two more Hurricanes – Irma and Maria – made landfall in the U.S. and Caribbean, the Kearsarge ARG’s help was requested elsewhere, but the mission remained the same – providing disaster relief following deadly and destructive storms.

In Puerto Rico and the U.S. Virgin Islands, Marines from the 26th MEU, along with Navy Seabees from Amphibious Construction Battalion 2 and Construction Battalion Maintenance Unit 202, cleared main roads to ease the flow of emergency personnel, food, supplies, and fuel, according to a statement released by the Marine Corps.

Marines and sailors also set up a staging base for supplies delivery and medical evacuations at Roosevelt Roads, the former Navy base now operated as a civilian airport, according to U.S. Northern Command. 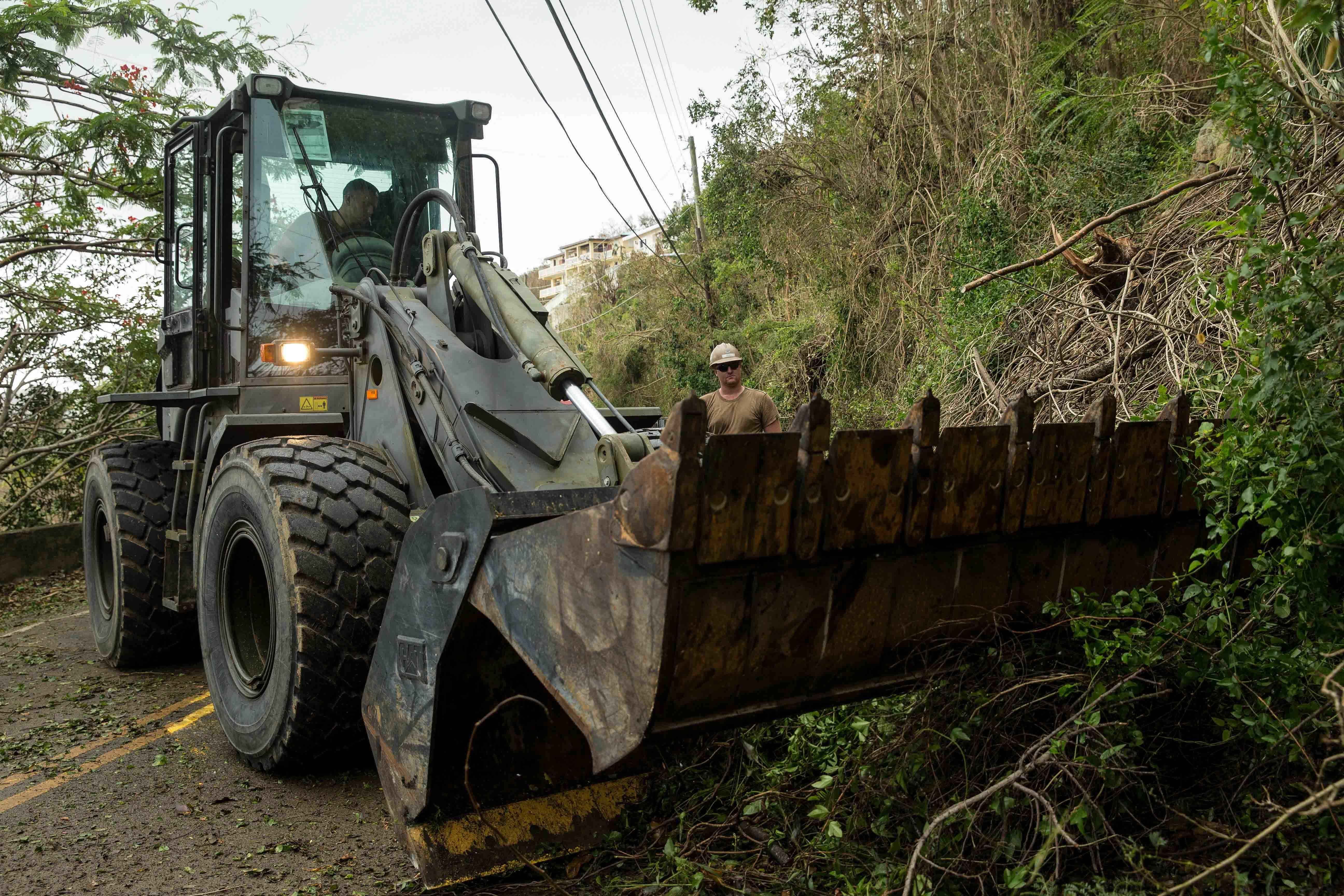 Since arriving in Puerto Rico and the U.S. Virgin Islands, Marines from the 26th MEU, delivered more than 750,000 pounds of aid, cleared more than 60 miles of road, flew approximately 350 flight hours, assessed 43 hospitals of the Puerto Rico’s 69 hospitals, and delivered 326 pallets of food and water, according to a statement released by the Marine Corps.

Marines from the 24th MEU will continue this work, as part of the 7,000 service members the Department of Defense has focused on providing logistical support, distributing food and supplies, and continuing to bring more of Puerto Rico’s hospitals back online, according to a statement released by the Marine Corps.

As of Thursday, U.S. Northern Command reported the Department of Defense had delivered more than 7.8 million meals, 6.4 million liters of water, and 271 generators to Puerto Rico in support of the Federal Emergency Management Agency’s relief efforts.