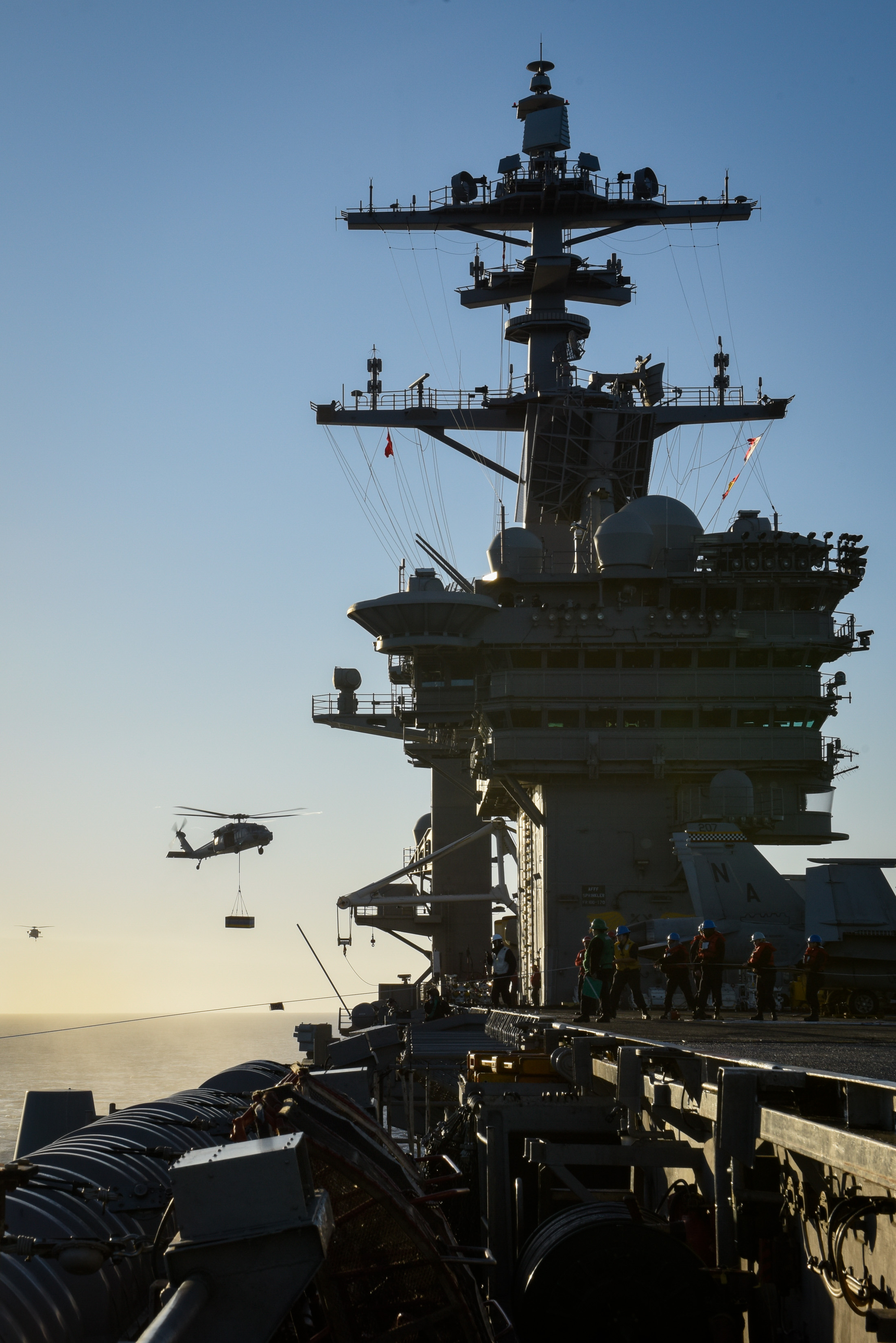 About 7,500 Sailors and Marines with the Theodore Roosevelt Carrier Strike Group left San Diego Friday morning from San Diego for a scheduled deployment to the western Pacific and Middle East.

Guided-missile cruiser USS Bunker Hill (CG 52) departed on Saturday after suffering a delay due to repairs for a last minute mechanical failure.

The Roosevelt CSG will focus on maritime security operations and theater security cooperation efforts in the 7th Fleet and 5th Fleet regions, the San Diego-based 3rd Fleet said in a statement announcing the deployment.

“The U.S. Navy carrier strike group is the most versatile, capable force at sea,” Rear Adm. Steve Koehler, who commands Carrier Strike Group 9, said in a statement. “After nearly a year of training and integration exercises, the entire team is ready as a warfighting force and ready to carry out the nation’s tasking.”

The operational deployment is the first for Roosevelt since the “Rough Riders” arrived in San Diego in November 2015 in a homeport change from Norfolk, Va., to North Island Naval Air Station in Coronado, Calif. The carrier serves as the flagship of San Diego-based Carrier Strike Group 9, which was certified to deploy after completing COMPTUEX, or the Composite Training Unit Exercise, in late August.

“It is a privilege and joy to lead this magnificent crew out on deployment,” Roosevelt’s commander, Capt. Carlos Sardiello, said in the statement. “We are grateful for the steadfast assistance provided by those responsible for manning, training and equipping this ship and air wing team, as well as the support and sacrifice of our families and friends in San Diego and beyond.” Sardiello took command of the carrier in July.

Roosevelt came to San Diego as part of a three-carrier hull swap along with the USS Ronald Reagan (CVN 76), which moved to Yokosuka, Japan, as the Forward Deployed Naval Force carrier, and USS George Washington (CVN-73), which in late August began the four-year mid-life refueling complex overhaul at Newport News Shipbuilding in Virginia.

“I have every confidence the Sailors aboard Bunker Hill will carry out their duty meritoriously,” said Capt. Joe Cahill, Bunker Hill’s commanding officer. “We have trained for this, and we are ready to go.” The cruiser will depart from San Diego Naval Base.

The carrier will join up with Sampson, which left Wednesday from its homeport at Everett Naval Station, Wash., and the Hawaii-based Preble and Halsey.

The staff of Destroyer Squadron 23 will depart San Diego aboard the Roosevelt.

The carrier strike group includes Carrier Air Wing 17 and nine squadrons and detachments: the “Stingers” of Strike Fighter Squadron 113, the “Mighty Shrikes” of VFA-94 and the “Redcocks” of VFA-22, all based at Lemoore Naval Air Station, Calif.; the “Checkerboards” of Marine Fighter Attack Squadron 312 from Beaufort Marine Corps Air Station, S.C.; the “Cougars” of Electronic Attack Squadron 139 from Whidbey Island, Wash.; the “Sun Kings” of Carrier Airborne Early Warning Squadron 116 from Point Mugu Naval Air Station, Calif.; and the “Providers” of Fleet Logistics Support Squadron 30, the “Indians” of Helicopter Sea Combat Squadron 6, and the “Battlecats” of Helicopter Maritime Strike Squadron (HSM) 73, all based at North Island.