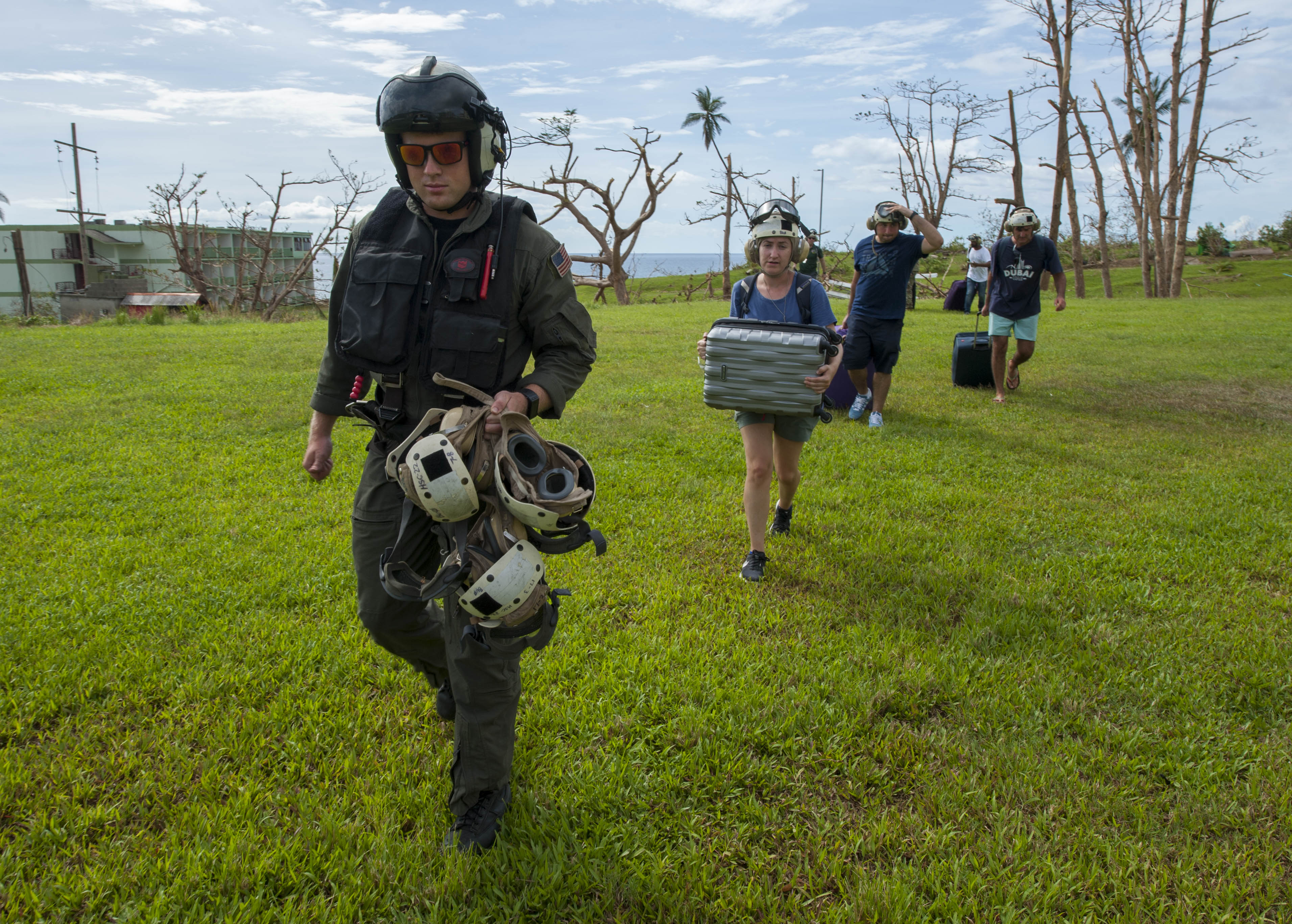 THE PENTAGON — Navy and Marine Corps are working to reopen airfields and clear debris from the main roads of Puerto Rico and the U.S. Virgin Islands, as part of the ongoing Hurricane Maria relief efforts.

“We continue to conduct 24-hour operations, aggressively conducting search and rescue operations, bringing additional essential commodities to the islands, and restoring power at critical facilities with generators and the fuel needed to operate them,” said Col. Rob Manning, director of Defense Press Operations, while speaking with the media Monday.

USS Kearsarge (LHD-3), USS Wasp (LHD-1) and USS Oak Hill (LSD-51) had been in the region providing humanitarian aid to the region, including to Puerto Rico and the U.S. Virgin Islands, following the Hurricane Irma.

Hurricane Maria made landfall early Wednesday with sustained winds of 155 miles per hour, and shortly after it moved out to sea, the Kearsarge Amphibious Ready Group was back on the scene providing medical and technical assistance, according to a Navy statement.

Rear Adm. Jeff Hughes, commander of the Kearsarge ARG, is in contact with the government of Puerto Rico, and Manning said is on the ground to also respond to requests for assistance.

The 26th Marine Expeditionary Unit has air control teams working to open airfields at both St. Croix and St. Thomas, U.S. Virgin Islands, where locations, according to a Navy statement. Opening the airfields will make it easier for disaster relief teams to bring supplies onto the islands. 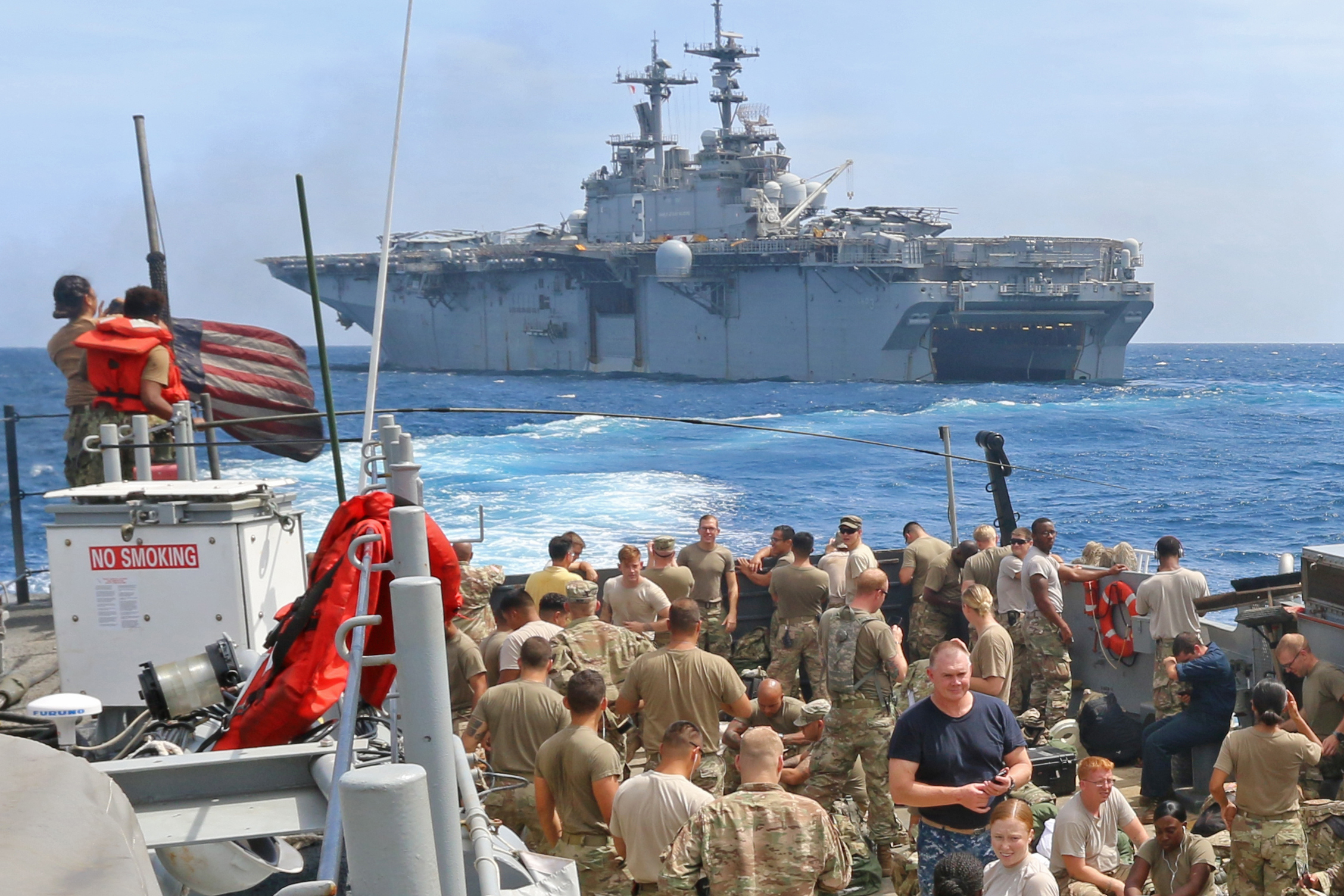 As Maria approached, the ships sailed out to locations away from the storm’s expected path, according to a Navy statement. The ships remained available to respond to the region if asked. Kearsarge, Oak Hill and Wasp returned as the Federal Emergency Management Agency, which is in charge of relief efforts, surveyed the scope of damage to the islands,

Since the returning to Puerto Rico, Manning said the ARG conducted eight medical evacuations, 123 airlifts and delivered 22,200 pounds of relief supplies and cargo to Puerto Rico and the U.S. Virgin Islands.

“This is a long-term effort, it’s a marathon, not a sprint, so DoD will continue to support them as long as support is needed,” Manning said.