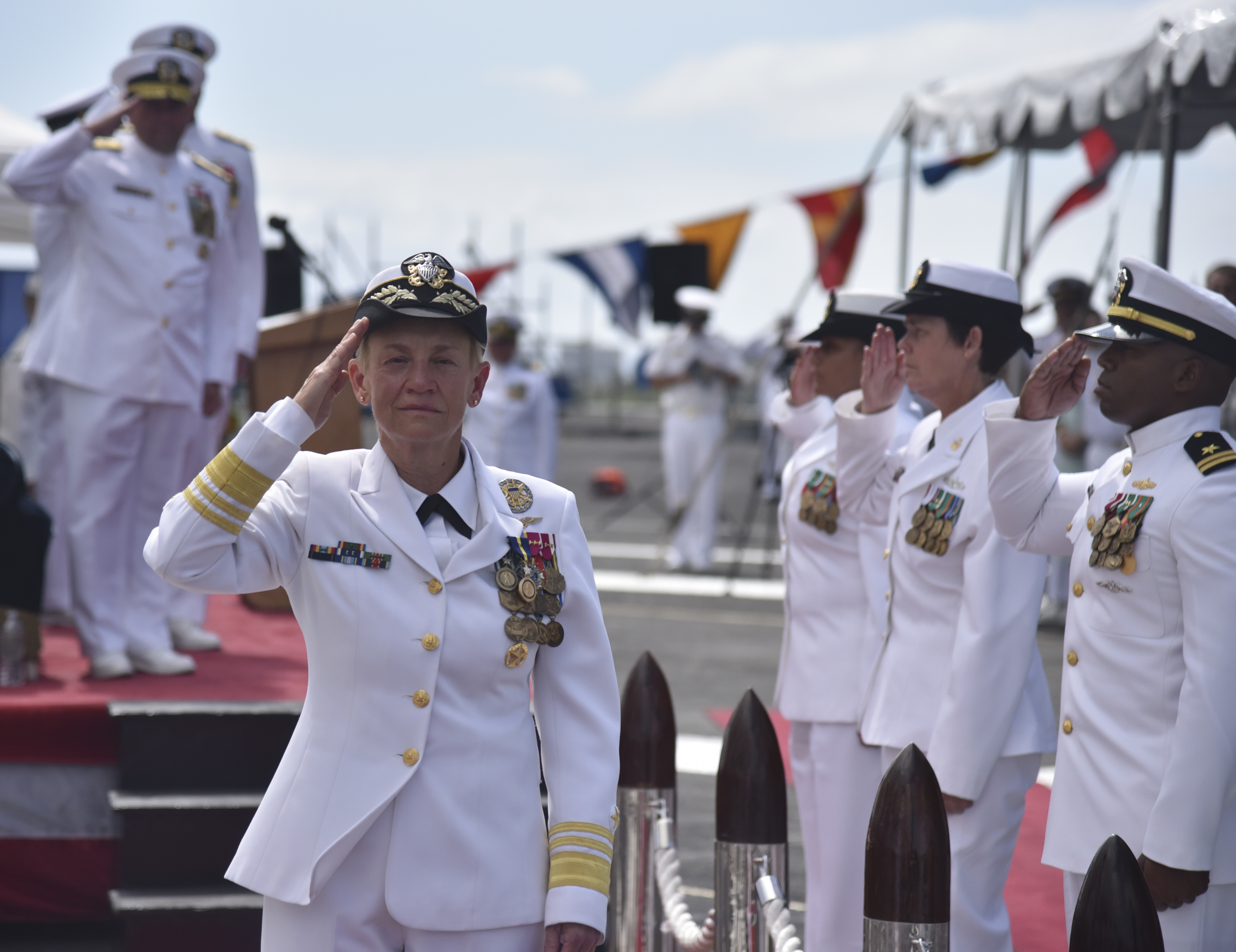 When Vice. Adm. Nora Tyson retired from active duty on Saturday and turned over command of U.S. 3rd Fleet, she left behind a 38-year career highlighted by significant firsts.

Two years later, when Tyson took command of 3rd Fleet in July 2015, she became the first woman to command an operational numbered fleet. When Tyson was commissioned 38 years ago, women were not allowed to serve on combatant ships and had only just been given the chance for sea duty aboard support and auxiliary ships.

During the ceremony, Tyson acknowledged the barriers she’s broken, according to her remarks in a Navy news release. She said that, while she was proud to have been the first woman to command a carrier strike group and command an operational numbered fleet, she was most proud of being a part of a Navy that had moved past those milestones.

The idea behind this concept was to grant the Pacific Fleet commander greater flexibility and options responding to events in 7th Fleet’s area of operation. Earlier this year, speaking at the WEST 2017 conference in San Diego, Tyson explained that the organizational concept allows 7th Fleet to respond to one military threat while maintaining other naval assets in the region ready to focus on another situation, such as a disaster relief effort.