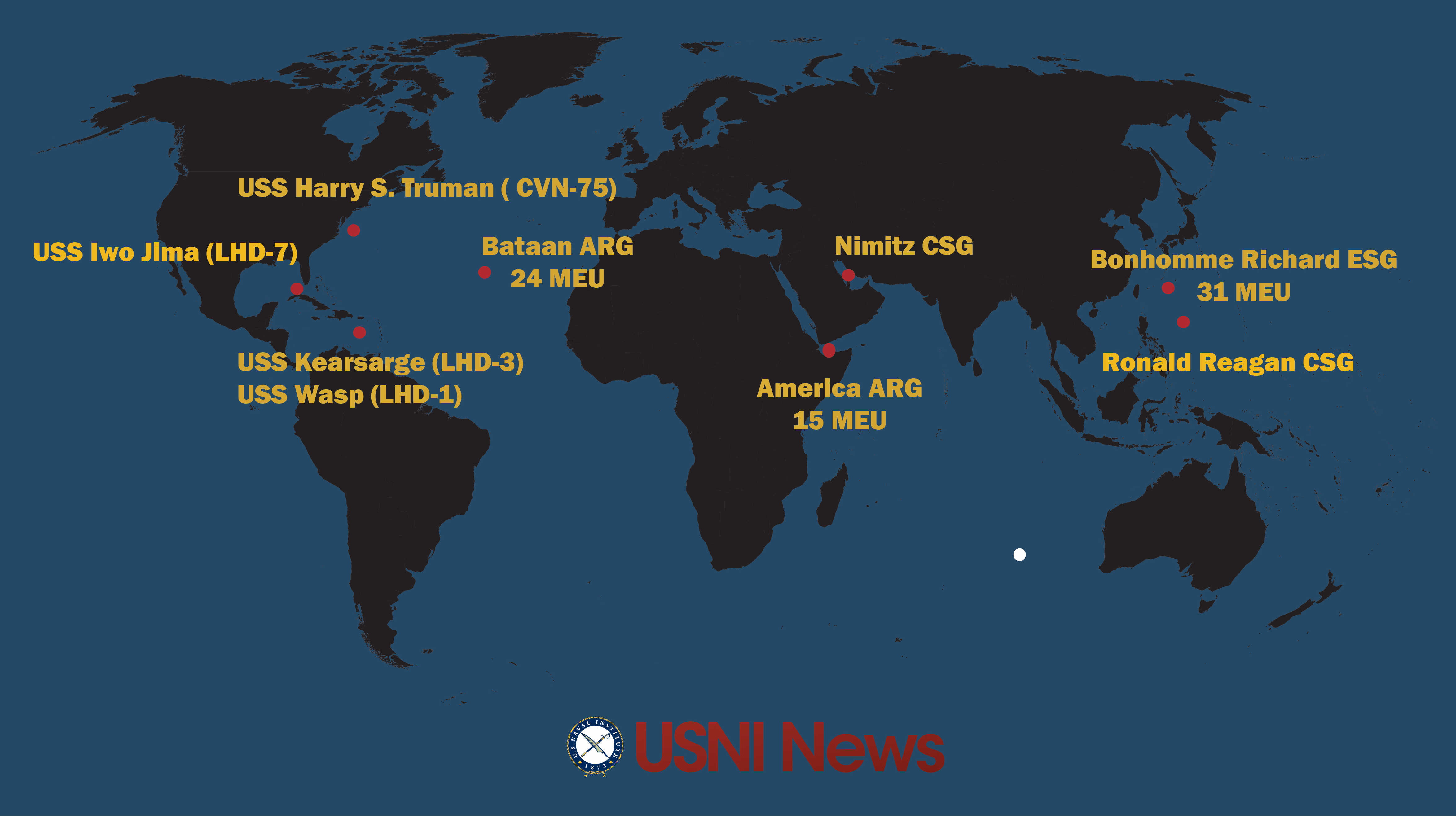 These are the approximate positions of the U.S. Navy’s deployed carrier strike groups and amphibious ready groups throughout the world as of Sept. 18, 2017. In cases where a CSG or ARG is conducting disaggregated operations, the map reflects the location of the capital ship. 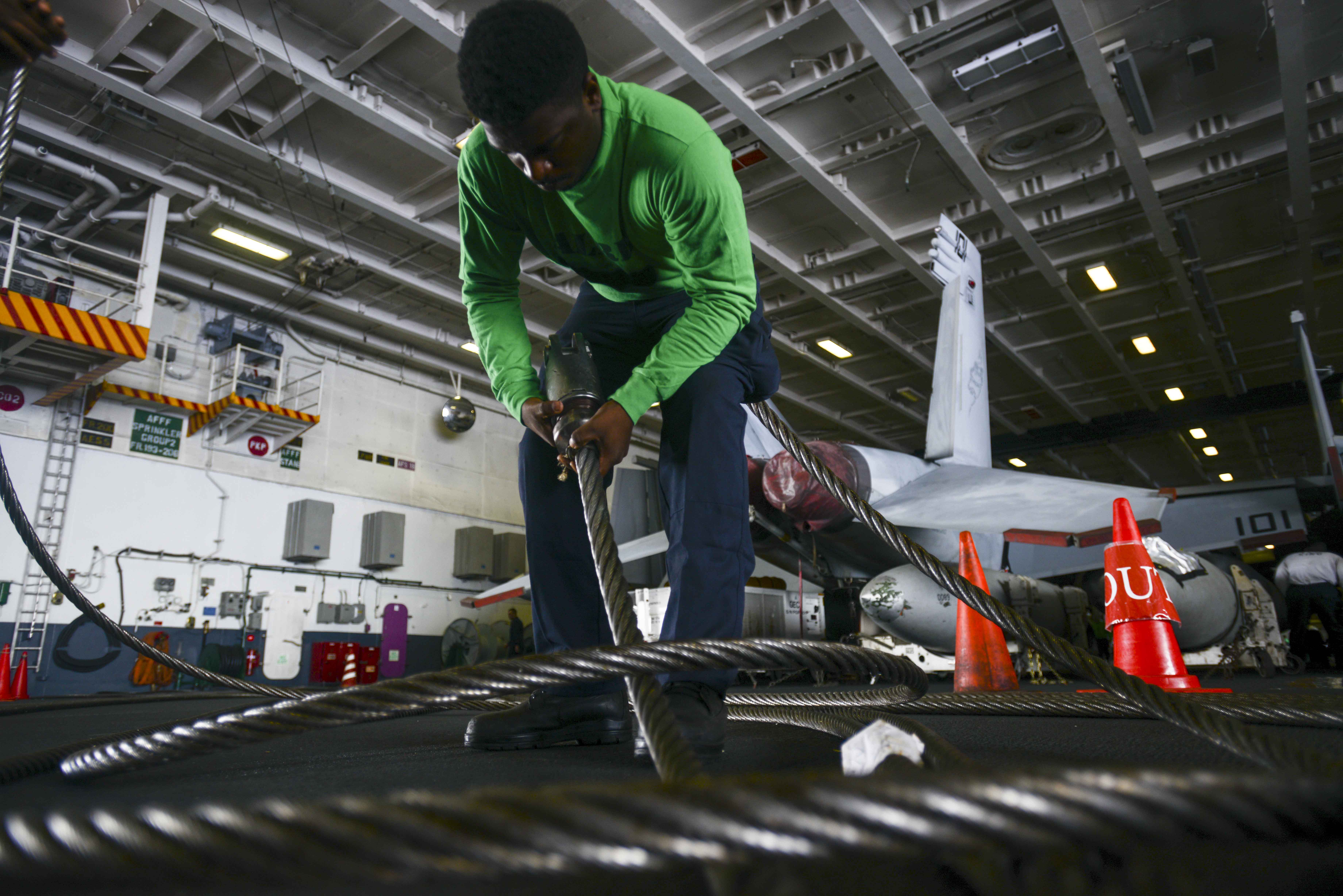 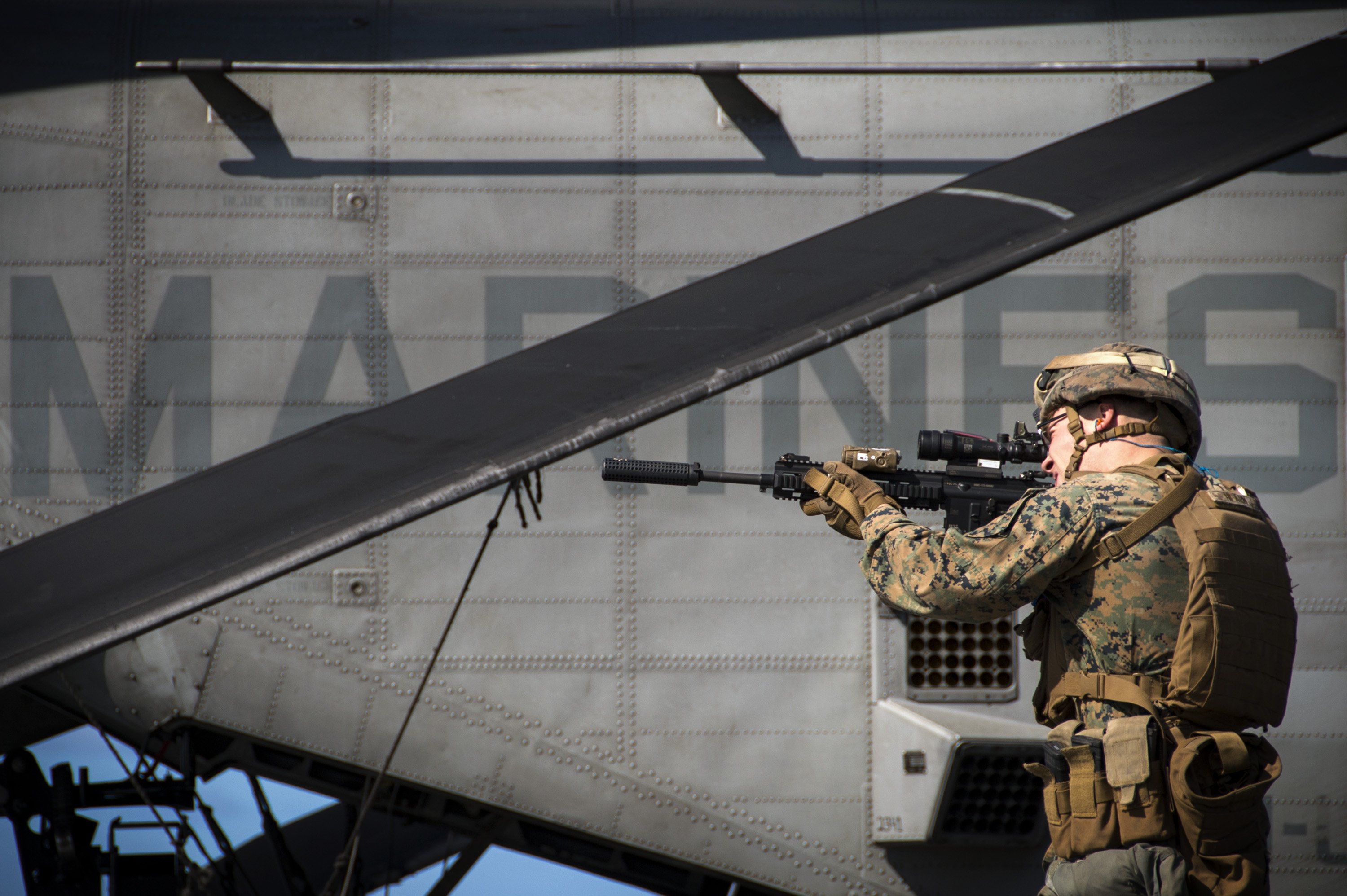 1A Marine, attached to the 31st Marine Expeditionary Unit (31st MEU), fires an M4 carbine during a live-fire exercise on the starboard aircraft elevator of the amphibious assault ship USS Bonhomme Richard (LHD-6). US Navy Photo

The America Amphibious Ready Group (ARG) and 15th MEU are operating in the vicinity of Yemen. 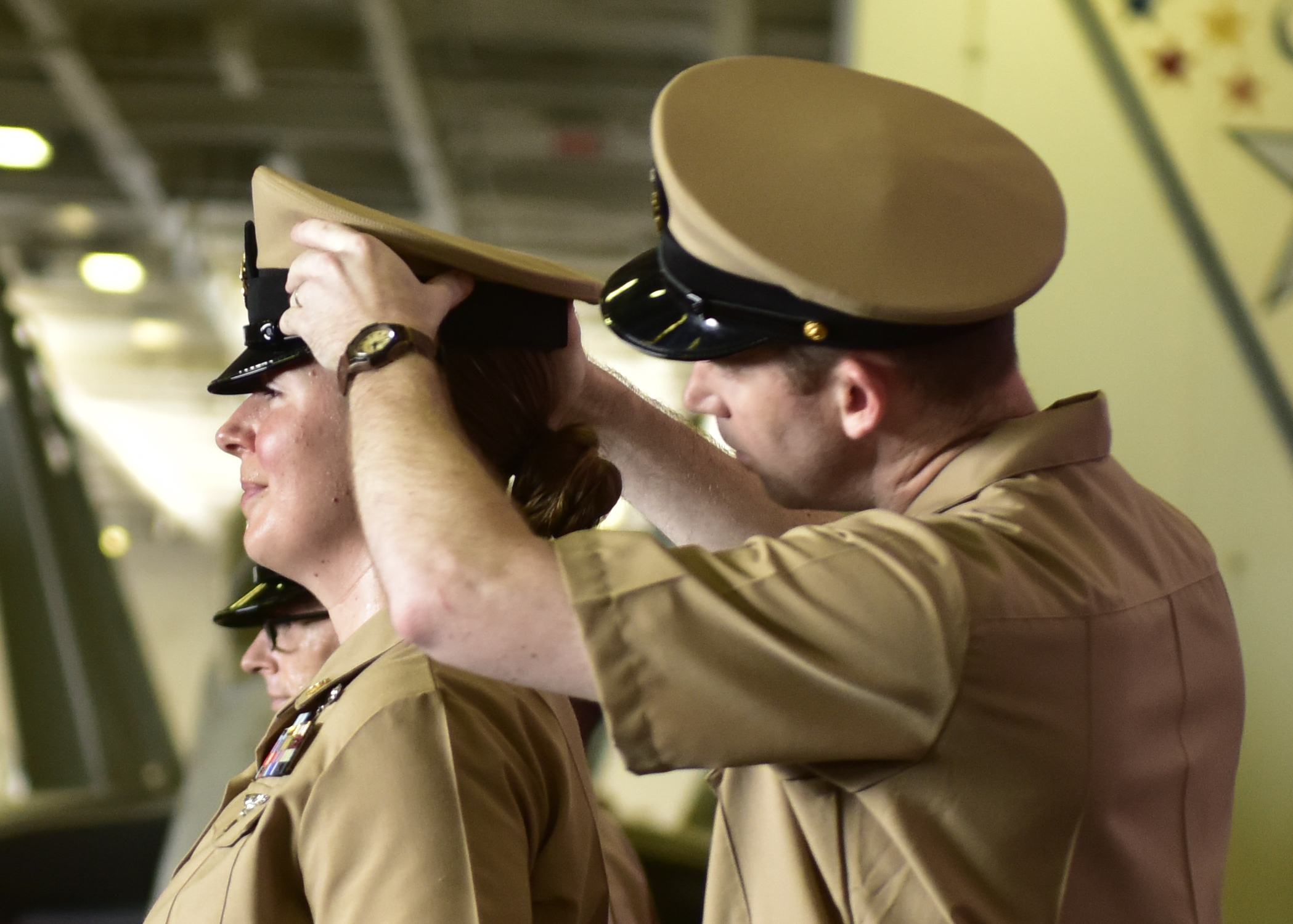 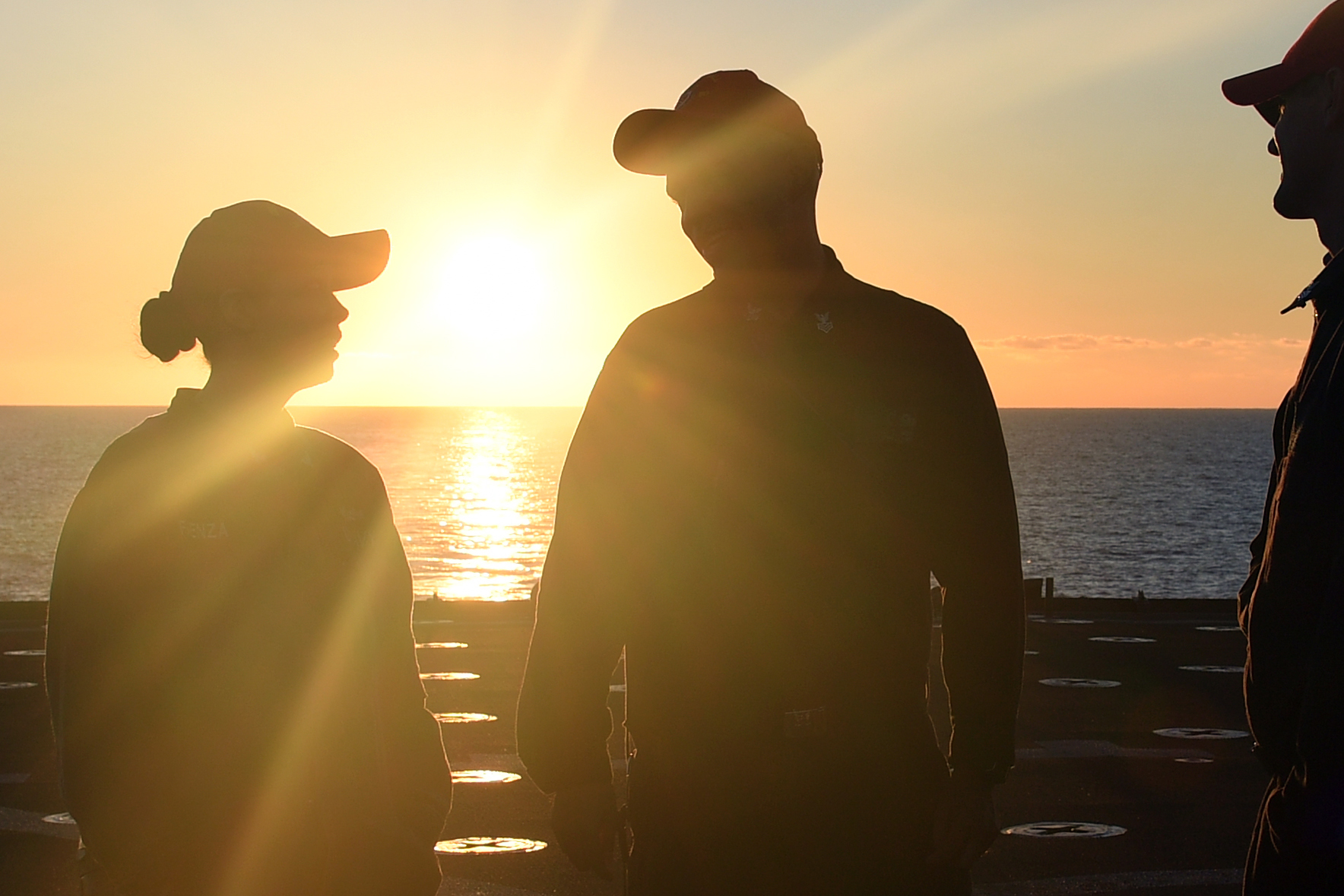 Sailors assigned to the amphibious dock landing ship USS Carter Hall (LSD-50) talk before a crash and salvage drill on the ship’s flight deck. Carter Hall is deployed with the Bataan Amphibious Ready Group on Sept. 8, 2017. US Navy Photo

The Bataan ARG and 24th MEU are in transit back to the United States after stops in the Mediterranean Sea. They will return home to the East Coast by the end of September. 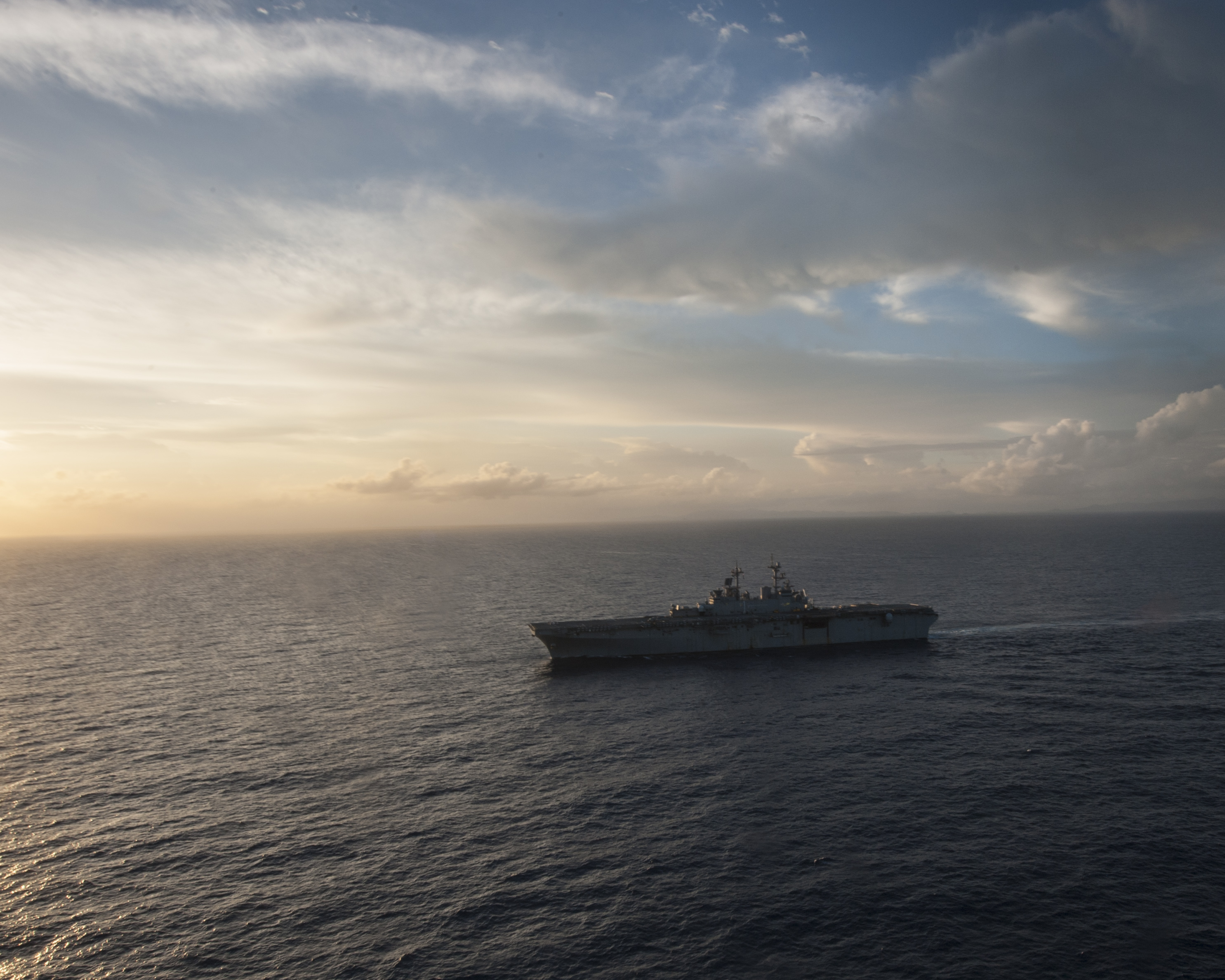 “Wasp, the first Navy platform to arrive in the vicinity of the U.S. Virgin Islands, is providing medium- and heavy-lift helicopters to transport people and supplies. Wasp’s helicopters are conducting medical evacuations for intensive care patients from St. Thomas to St. Croix and conducting site assessments on the initial damage in St. Thomas,” read a release from U.S. Fleet Forces.
“Wasp departed for Sasebo, Japan, on Aug. 30 to assume duties as the forward-deployed flagship of the amphibious force of the U.S. 7th Fleet. The ship was conducting its transit and was redirected to assist with relief efforts.” 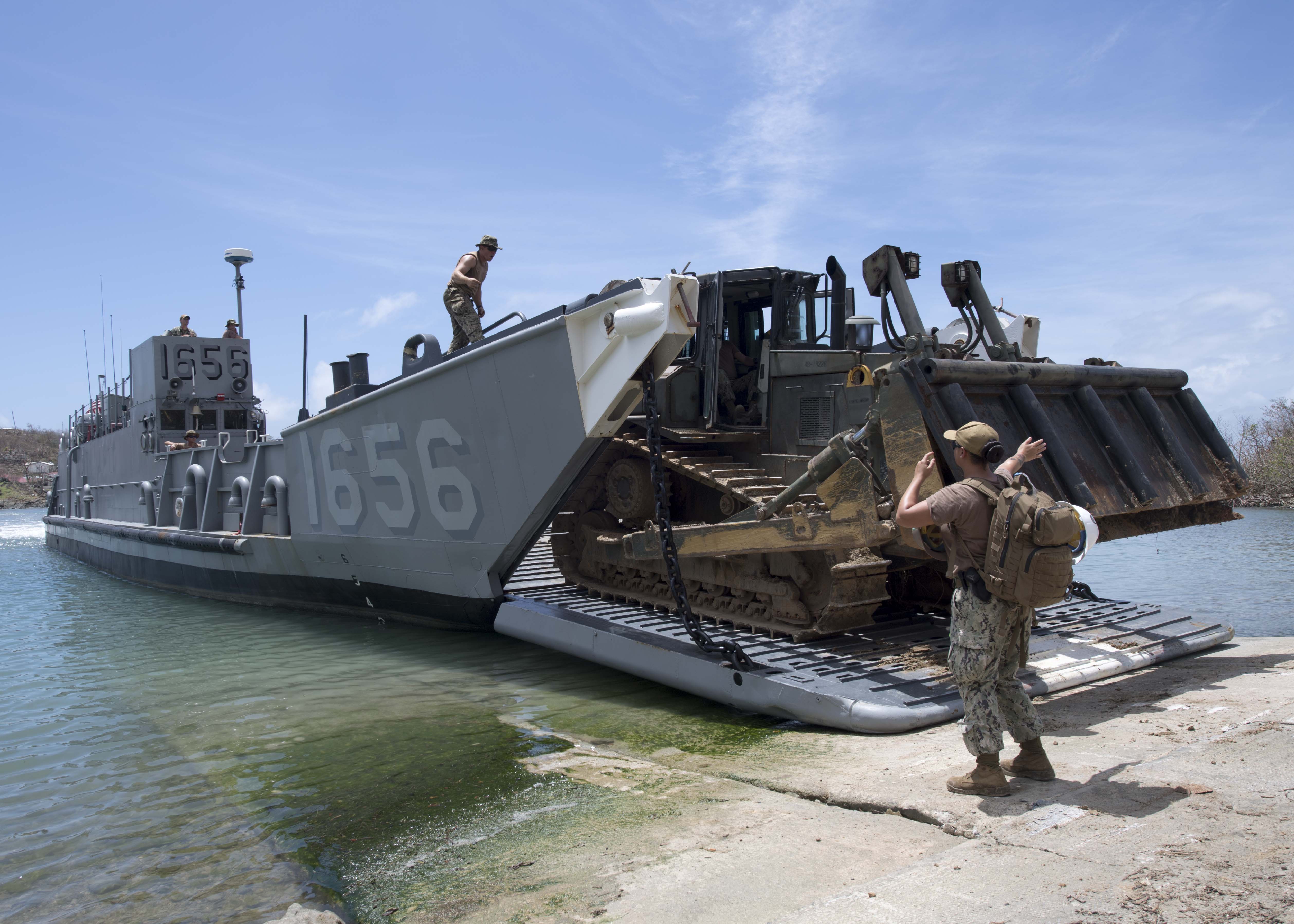 In the Strait of Florida 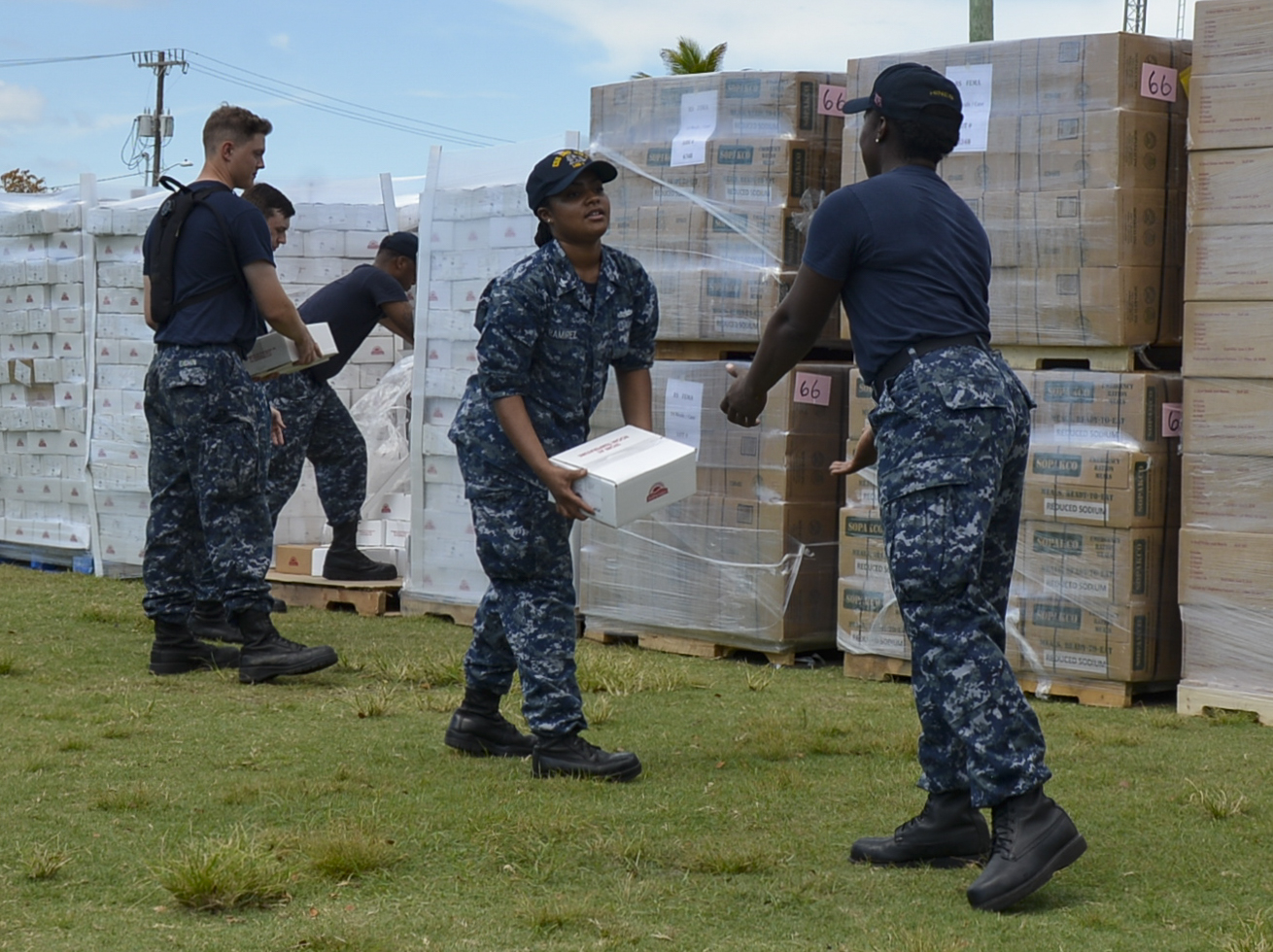