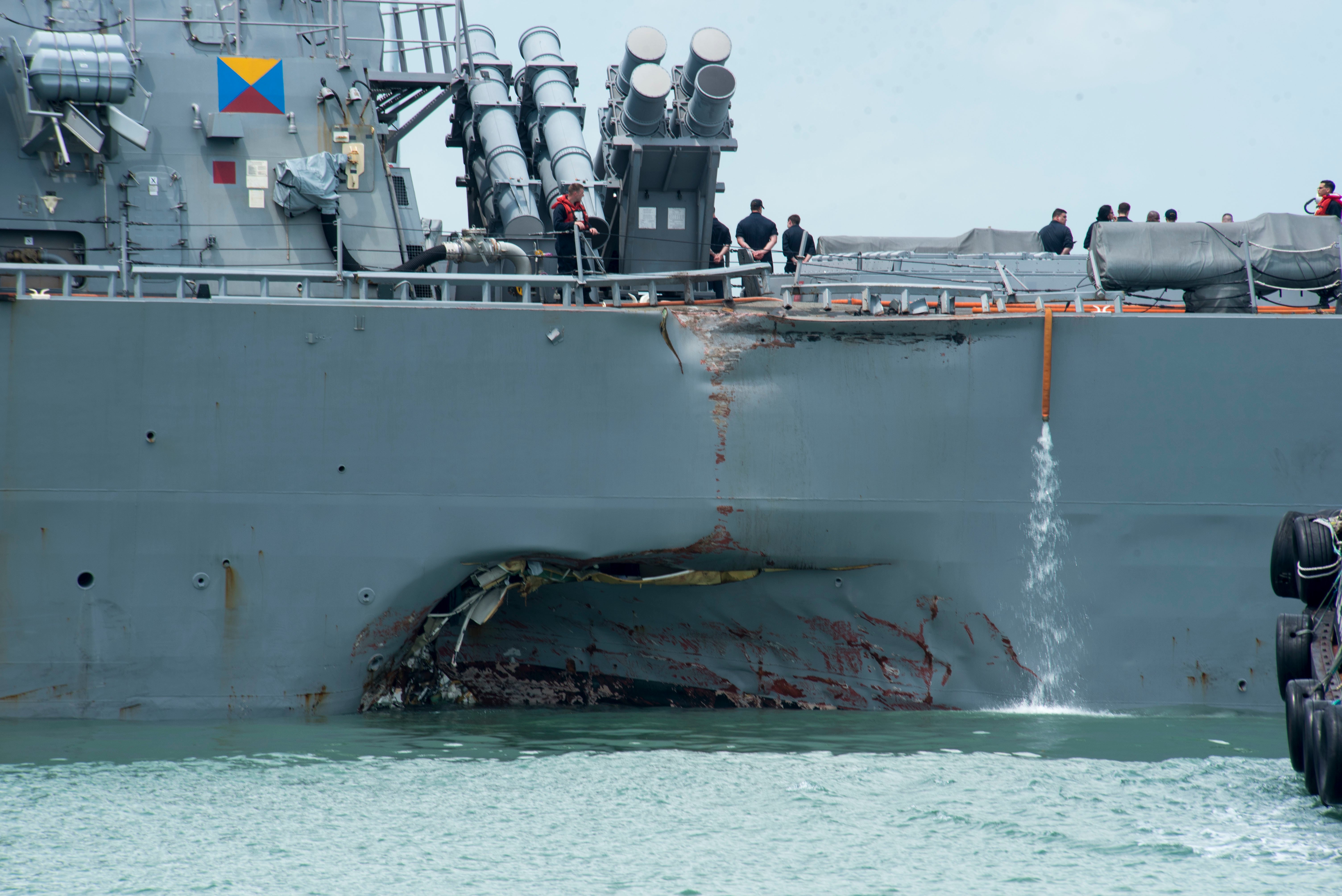 As part of the investigation into McCain’s collision, a team from the Navy’s U.S. 10th Fleet cyber arm traveled to Singapore to see if a reported steering failure of the destroyer was a result of cyber tampering, USNI News reported last month.

Vice Adm. Jan Tighe elaborated on the effort during a U.S. Naval Institute and CSIS maritime security dialogue on Thursday.

“We will look for a couple of things. One, try to confirm cyber did not have anything to do with the collision and then how do we move forward in making sure these are a normal part of these investigations,” she said.
“It is something that we think about a lot and we have to have both the authorities and the human capital ready to respond.”

Last week, Moran told a joint hearing of the House Armed Services readiness and seapower and projection forces subcommittees that the possibility of a cyber intrusion to either

“It’s relatively new ground for us. This is the first time we’ve sent a team from our cyber command here in Washington — commander 10th fleet — sent a team over there to pull as much data from that ship as possible, that records data to see if there were any disruption or interruptions that are abnormal,” Moran said.
“I would also offer to you that just about every three letter agency in Washington, D.C. has looked to see if there were indications of an intent or a potential acknowledgement of a cyber attack. We have seen — I have personally not seen any evidence of that. But we’re not stopping there. The team is in place in Singapore today, has been for several days capturing all of the computer and network information to see if they can find any abnormalities or disruptions.”

The effort, called Operation Orion’s Hammer, focused on the reported failure of the aft steering mechanism that early reports say helped cause the collision between McCain and a chemical tanker off the coast of Singapore on Aug. 21 resulting in the death of 10 sailors, several Navy officials have told USNI News.

Much attention has been paid to the possibility that a cyber attack could have been responsible for not only McCain’s collision but also the June 17 collision between USS Fitzgerald (DDG-62) and a merchant ship off the coast of Japan that killed seven sailors. While investigations into both collisions have not revealed evidence of a cyber attack, the Navy promised to thoroughly investigate the possibility. To allay future concerns of intrusion, the Navy now intends to build in cyber looks into future accident investigations, Moran said.

“This is the first time we’ve done this and we’re not stopping just — we’re — this is to try to institutionalize doing cyber as part of any mishap, aviation, submarine, you name it,” Moran told the panel.
“We need to go look at it as an order of business and not hand wave it to it’s cyber. So that’s where we’re headed.”