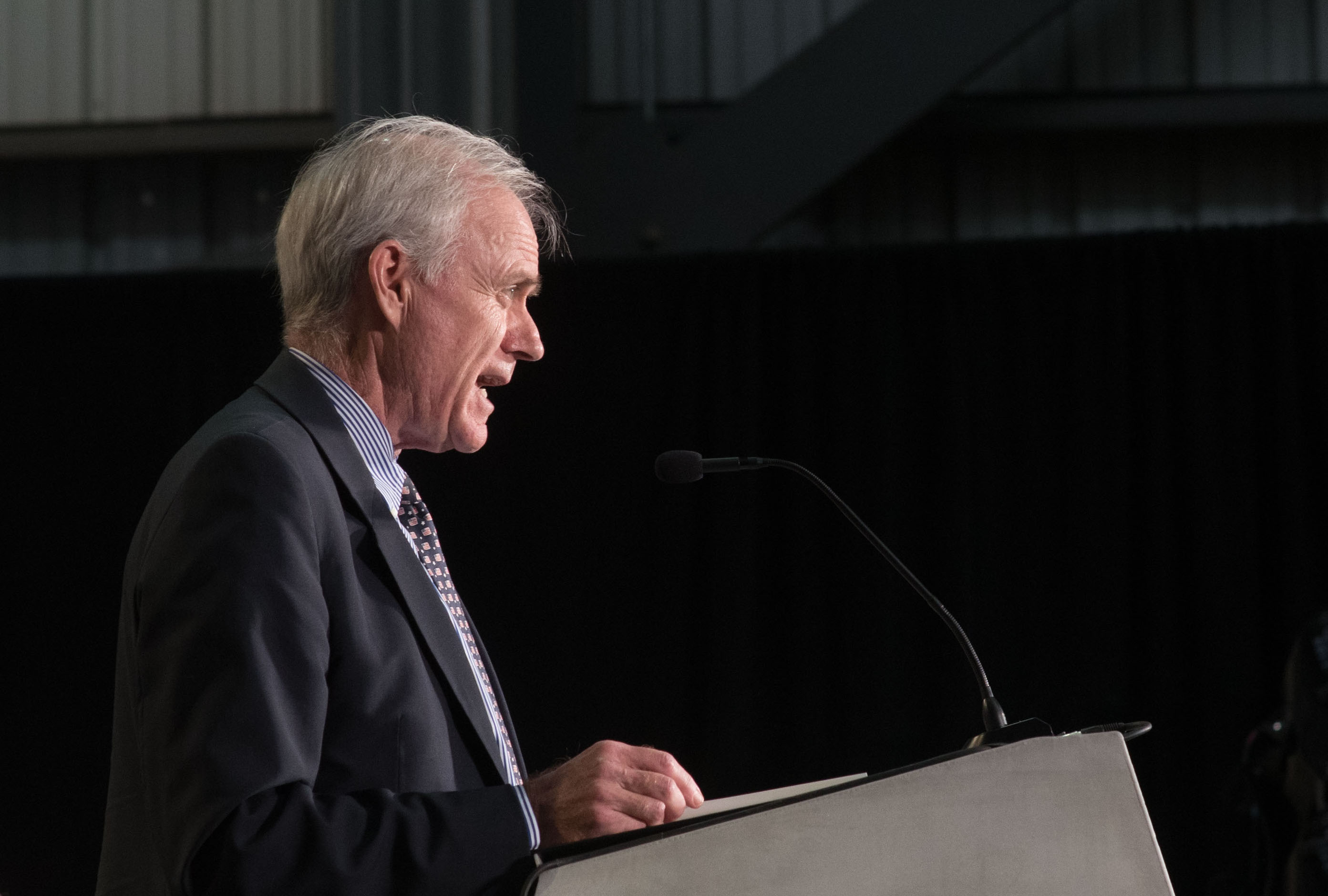 ARLINGTON, Va. — Five companies in the maritime and defense business have been asked to assist with the Secretary of the Navy-directed investigation into underlying causes of the spate of collisions that have cost the lives of 17 sailors and hundreds and millions of dollars in damage.

SECNAV Richard V. Spencer has reached out to at least five companies that have gone through institutional restructuring following “meaningful events” in their history to be part of a larger strategic examination of root causes behind three collisions and a grounding of U.S. Navy surface ships in the Western Pacific this year.

“The review that I have asked to stand up will be chaired by a civilian and a uniform but we have reached out to industries that have gone through various, different meaningful events and have come out through the other side,” Spencer said in brief remarks at the Defense News Conference on Wednesday.
“BP North America with Deepwater Horizon; Crowley Marine, that has created a very admirable safety program called ‘the road to zero,’ turning around their safety record. Maersk has offered to put forth people to help us with operational and safety standards they’ve created. Boeing, Sandia Labs [are also involved].”

Vice Chief of Naval Operations Bill Moran directed Davidson, “to lead a Comprehensive Review of surface fleet operations and incidents at sea that have occurred over the past decade with emphasis on SEVENTH Fleet operational employment to inform improvements Navy-wide.”

Davidson’s 60-day review will include, “detailed recommendations with respect to corrective actions necessary to ensure the safety of our people, safe operations at sea, and the readiness of our forces,” read the Aug. 24 memo.

Spencer said on Wednesday his review would share information with the Davidson review but work toward a larger strategic goal.

“For those of you who might think it’s redundant, it’s not at all. What we intend to do here is have the review that Adm. Davidson is heading up be a tactical review as to operations and safety and how we actually operate within the fleet,” Spencer said.
“We have reached out to industry that have gone through industry various, different meaningful events and have come out through the other side…
We’re going to approach this as best practices for people who come out the other side and we really do expect this to be a learning experience going forward.”

A Navy official familiar told USNI News retired Chief of Naval Operations Adm. Gary Roughead and chairman of the Pentagon’s Defense Business Board Michael Joseph Bayer will be part of the Spencer review.

Early results from the look into the June 17 Fitzgerald collision, resulted in the removal of the command triad of the ship. Following the Aug. 21 collision between McCain, Vice Adm. Joseph Aucoin was removed from command of U.S. 7th Fleet.

Whether or not more in the Navy will be punished is still to be determined Spencer said.

“We’re going to hold those accountable where it’s called for,” he said.
“But more importantly, we’re going to learn from these events.”