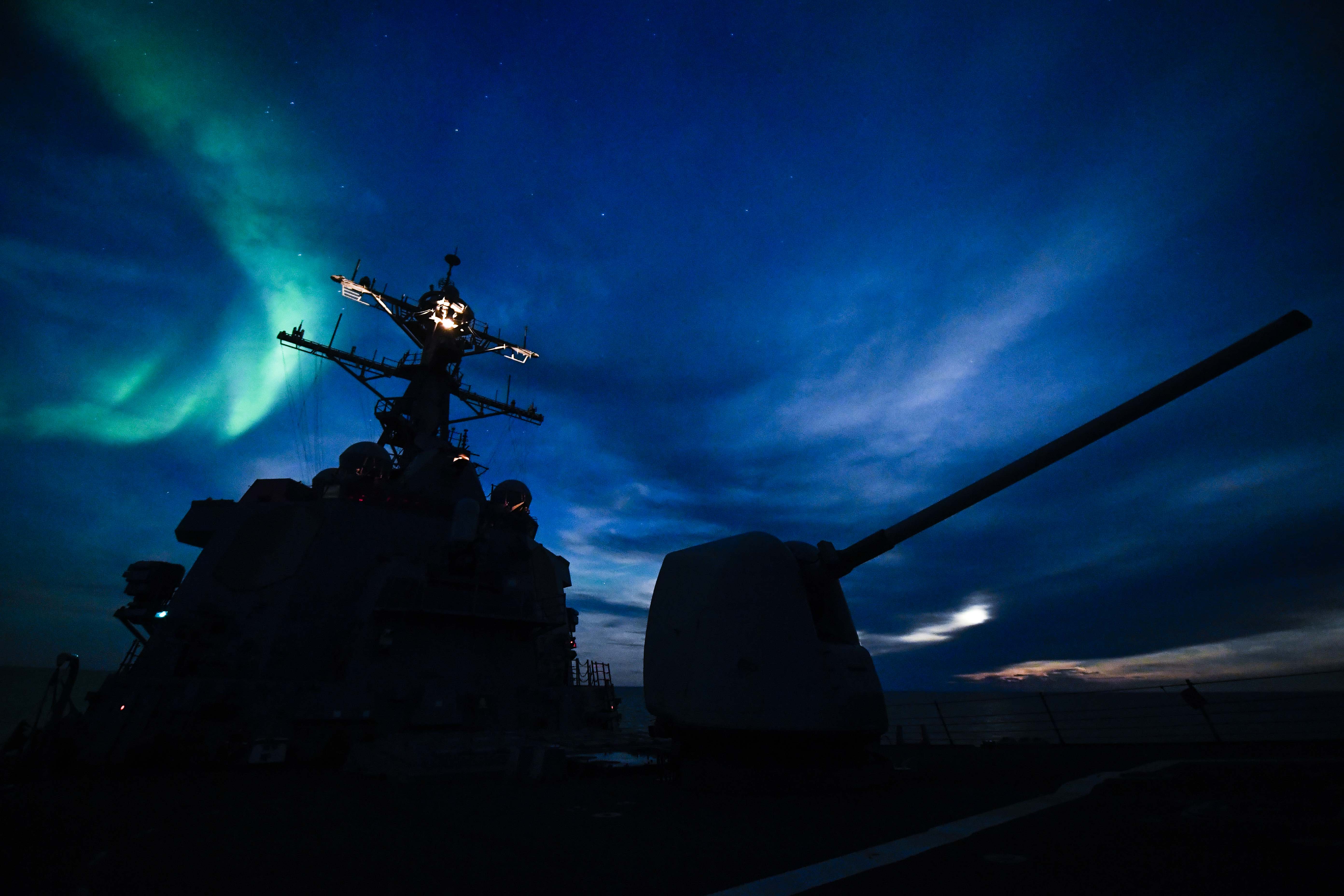 ARLINGTON, Va. — The post-Cold War mentality of unrivaled military superiority must adjust to today’s reality — rivals and enemies are racing to match the U.S. capabilities around the globe, discussed a panel of Navy and Marine Corps experts Wednesday at the 2017 Defense News Conference.

The Department of Defense has to focus on creating a more agile force, one able to share technology with allies, and be smarter about weapons design and purchasing. The reasons are simple – the threats have evolved, so the U.S. military must also, the panel agreed.

After focusing for 16 years in Iraq and Afghanistan, the military is now waking up, opening its eyes, and starting to see other threats, said Lt. Gen. Robert Walsh, Marine Corps Deputy Commandant for Combat Development and Integration.

“The era of uncontested maritime battlespace is really starting to fade,” Walsh said.

Now the threats are operating not just sea to sea but also land to sea. Walsh said developing concepts, such as littoral operations in a contested environment, are now driving the Navy and Marine Corps.

He likened the current thinking process to the sort of testing new ideas that occurred after World War I. Walsh said the Marine Corps first tested advanced base operations in Micronesia during the 1920s. This experience was used successfully in World War II in the Pacific during the island-hopping campaign.

This long-term look at emerging threats extends in many different directions. The Navy needs to consider how its fleet mix will address threats as it builds up to a stated goal of 355 ships, said Jerry Hendrix, with the Center for a New American Security. But along with considering new ships, Hendrix said the Navy needs to think about what these ships carry.

“You have to regain range back on your carrier, by making some investments in the air wing,” Hendrix said.

Doing so, Vandroff said, details for policy makers the costs, both in dollars and in capabilities. For example, important questions can be answered during the design phase, such as what happens to maneuverability if a ship’s size changes?

Rapid prototyping is one way the Navy can quickly make adjustments to designs. Engineers and designers can learn in months, instead of years, what tweaks need to be made.

“Rapid prototyping is great because it gives you very quick failure,” Vandroff said.
“If you’re smart you learn a lot from that rapid failure to go into a sustained success.”

Once new technologies are created, the military has to consider how it uses these technologies and how to share them with allies, to increase their effectiveness helping the U.S. military respond to threats, said Rear Adm. Francis Morely, Deputy Assistant Secretary of the Navy International Programs.

During the post-Cold War era, the military could take time to decide how to share technology with allies, considering how they would use it, whether such technology would be safe. Now, with threats developing quickly, the military needs to speed up the sharing process to respond to emerging threats.

“Out there faster is probably a cultural shift across the workforce,” Morely said.