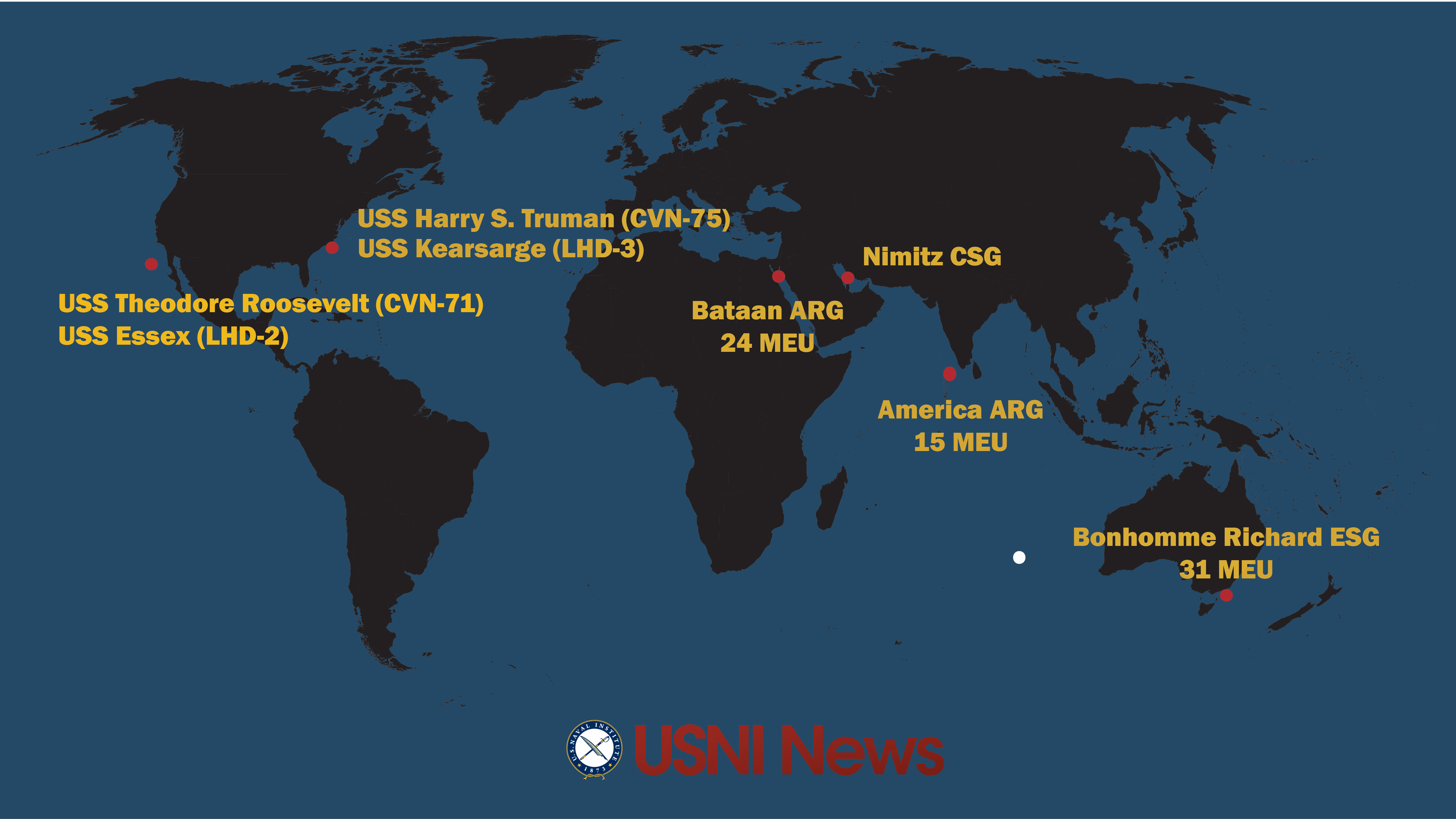 These are the approximate positions of the U.S. Navy’s deployed carrier strike groups and amphibious ready groups throughout the world as of Aug. 28, 2017. In cases where a CSG or ARG is conducting disaggregated operations, the map reflects the location of the capital ship. 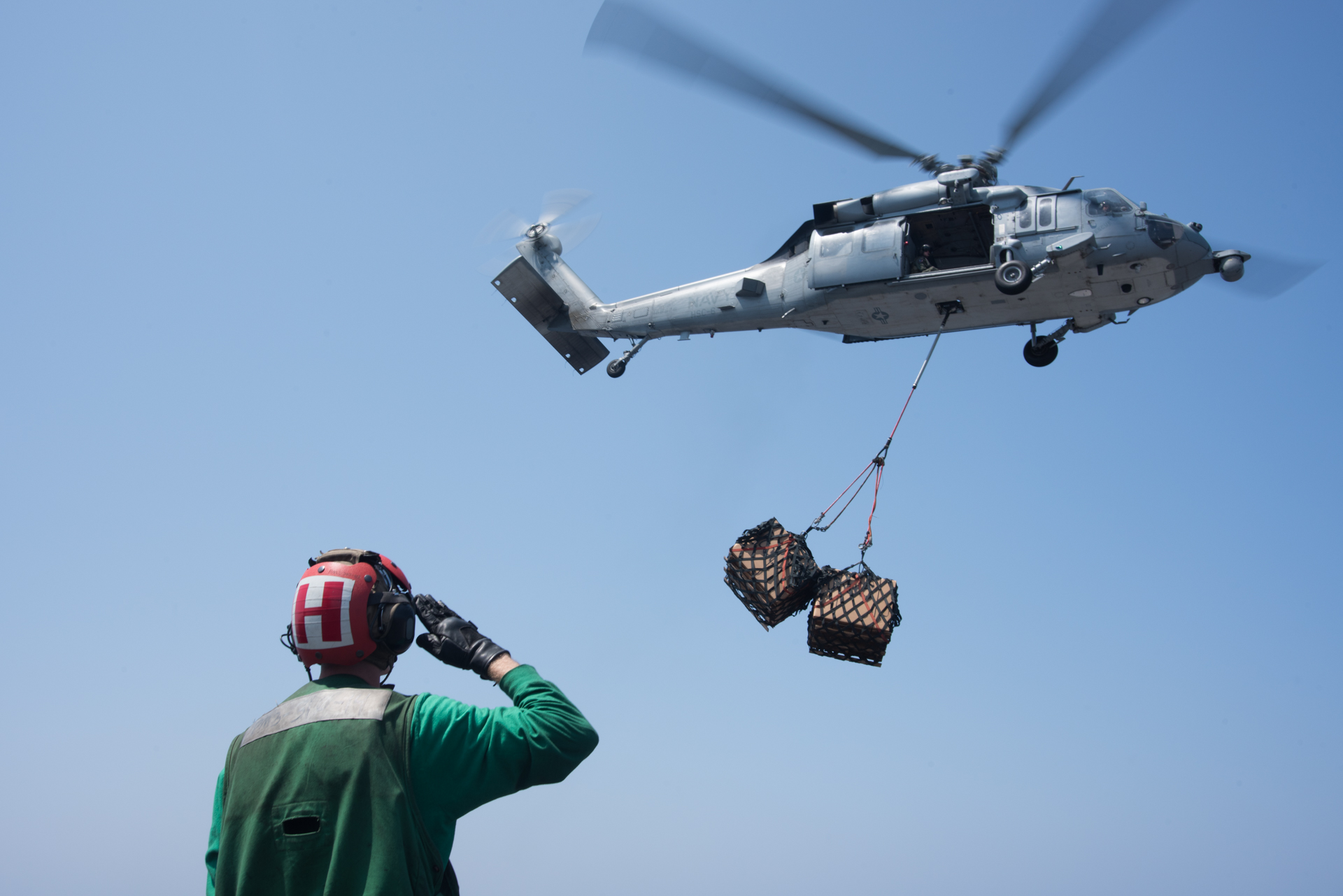 The Composite Training Unit Exercise (COMPTUEX) is usually the first time all elements of a Strike Group – ships plus air wing – come together in preparation for deployment. 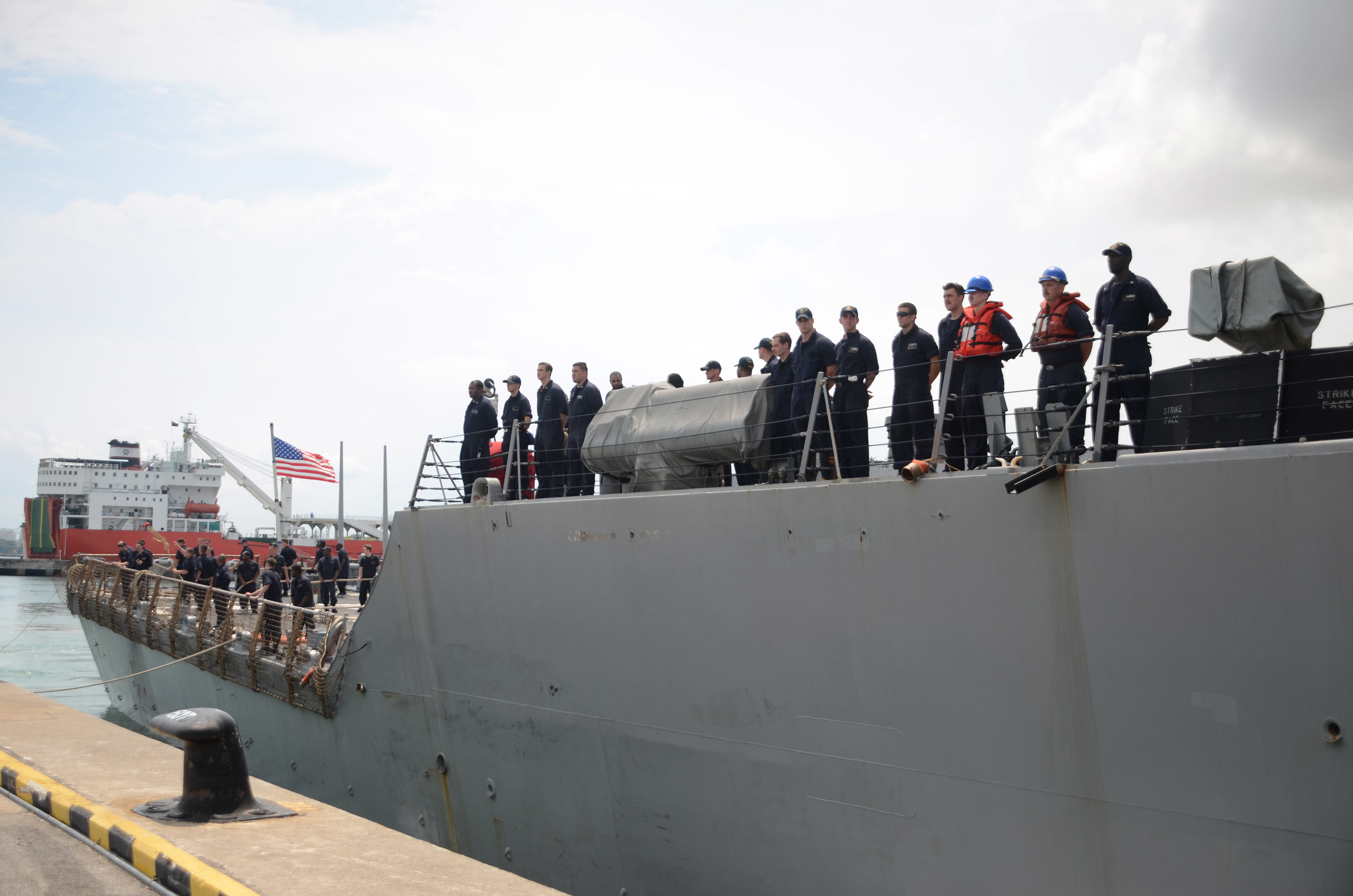 Sailors man the rails as tugboats from Singapore assist the guided-missile destroyer USS John S. McCain (DDG-56) as it steers towards Changi Naval Base on Aug. 21, 2017. US Navy Photo

The Navy has recovered all 10 of the missing sailors following the Aug. 21 collision with guided-missile destroyer USS John McCain (DDG-56) and a chemical tanker near the Strait of Malacca. 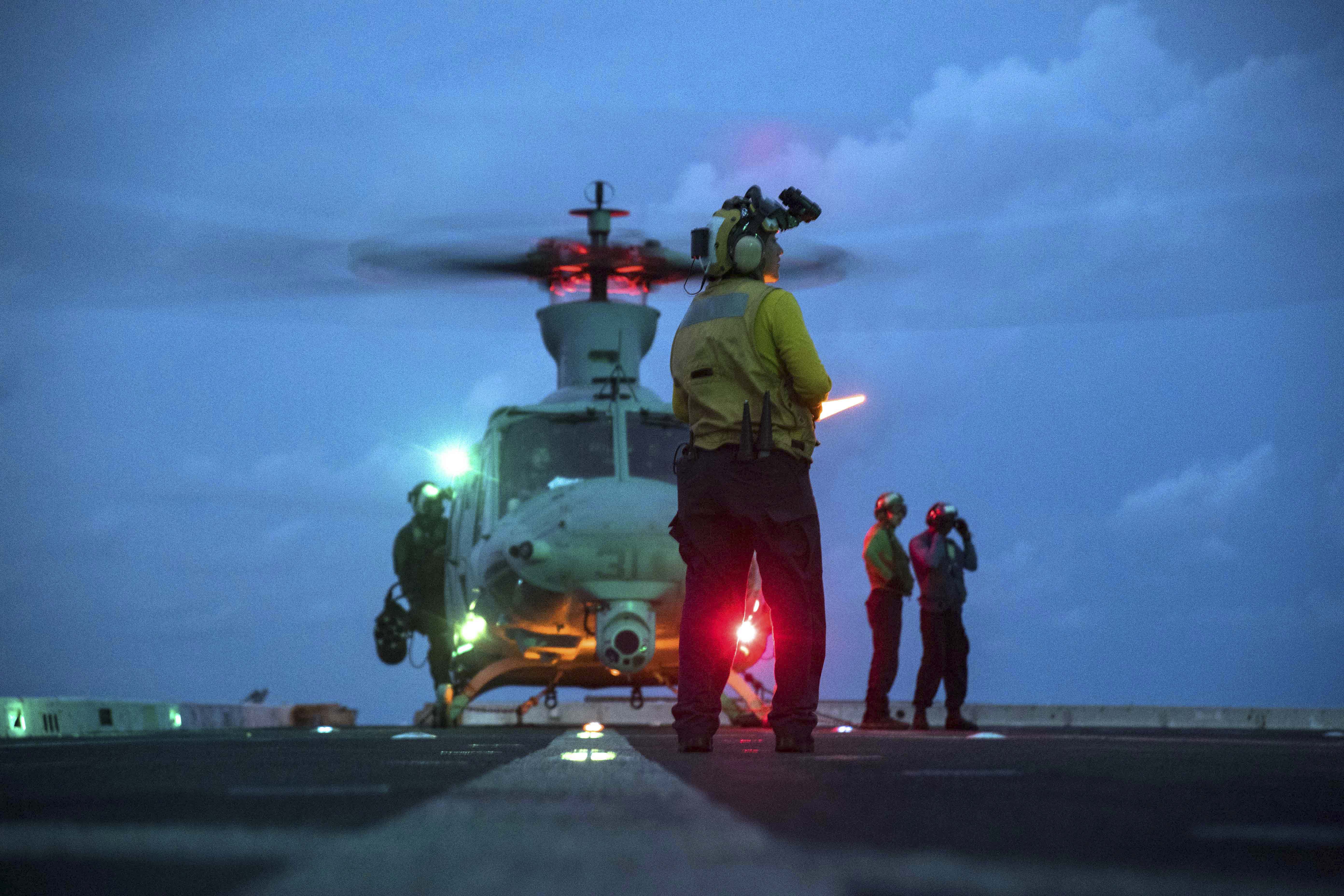 The America Amphibious Ready Group (ARG) and 15th Marine Expeditionary Unit (MEU) have departed Singapore and are steaming west in the Indian Ocean, southwest of India. 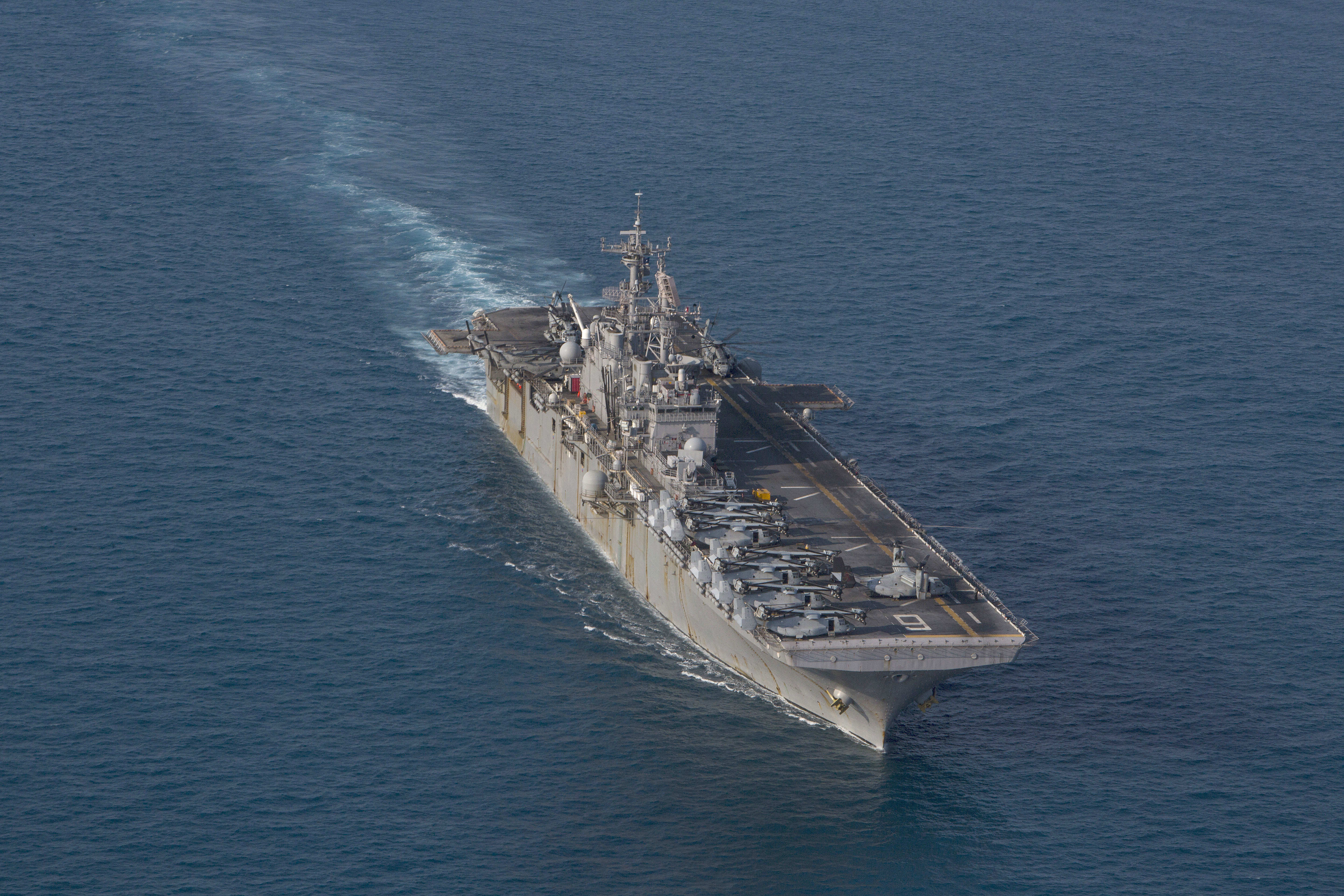 The Marines announced they recovered the remains of the third and final Marine who died in a MV-22 crash off Australia on Aug. 5. 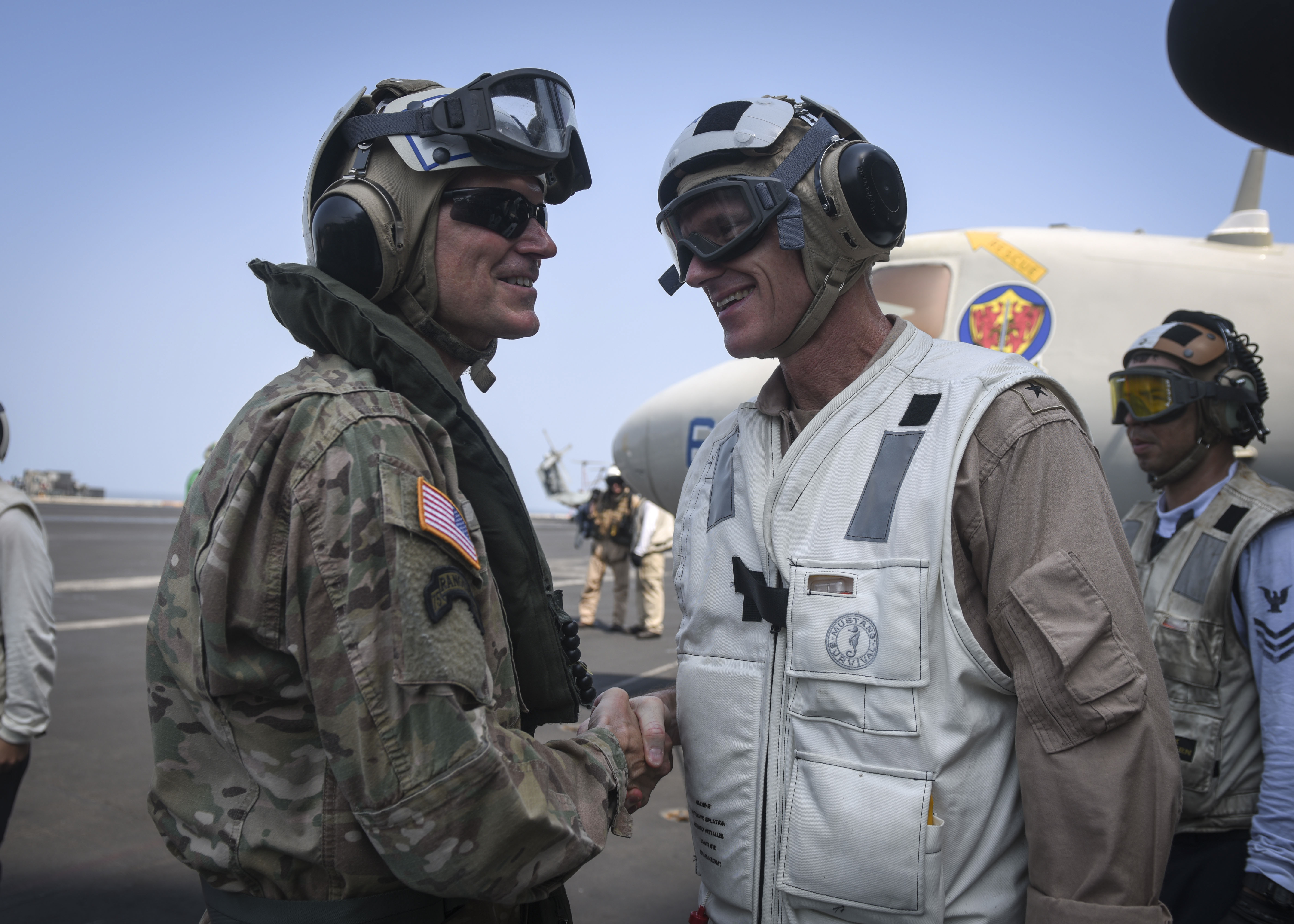 In the Gulf of Aqaba 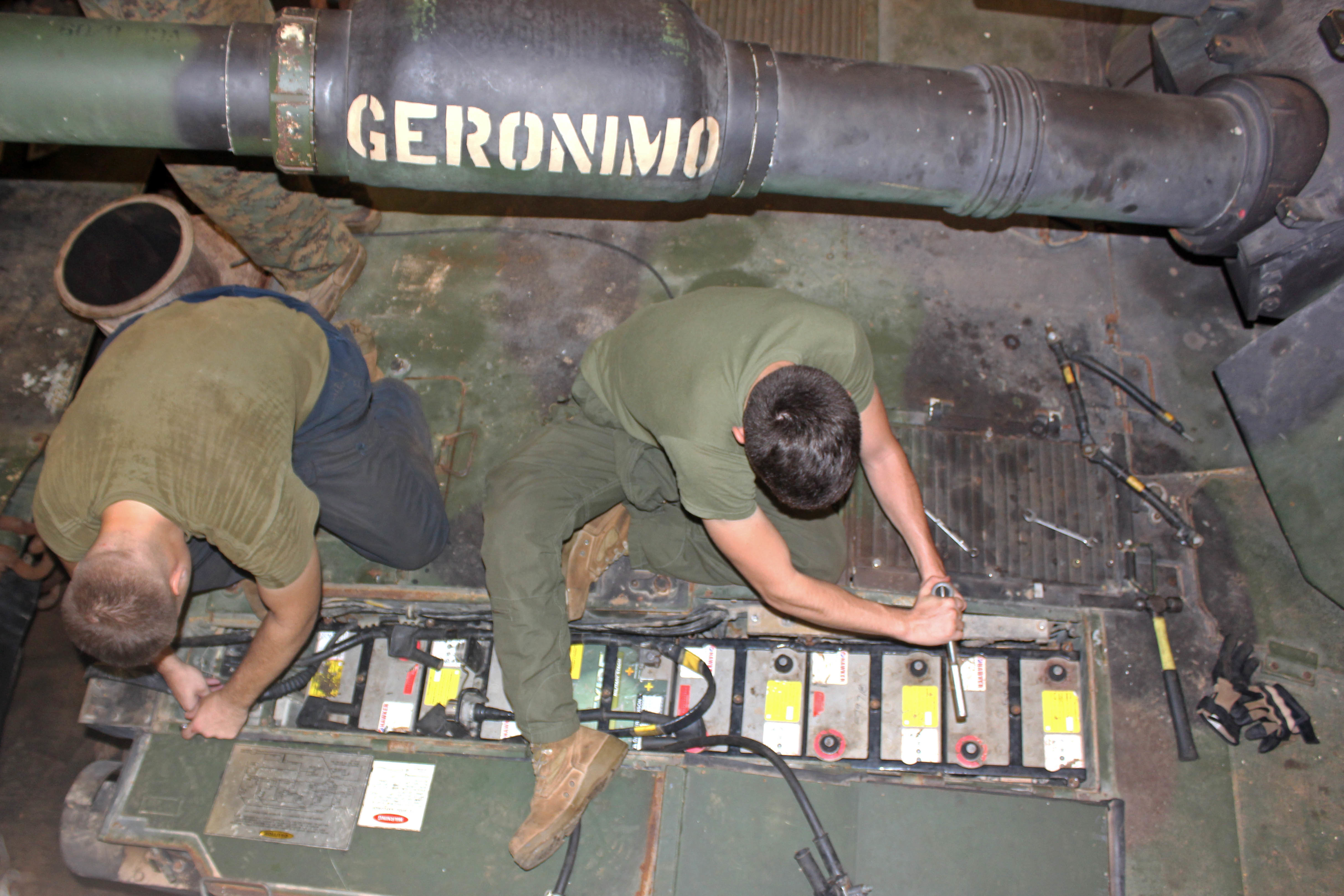 The Bataan Amphibious Ready Group with the 24th Marine Expeditionary Unit are in Aqaba, Jordan. 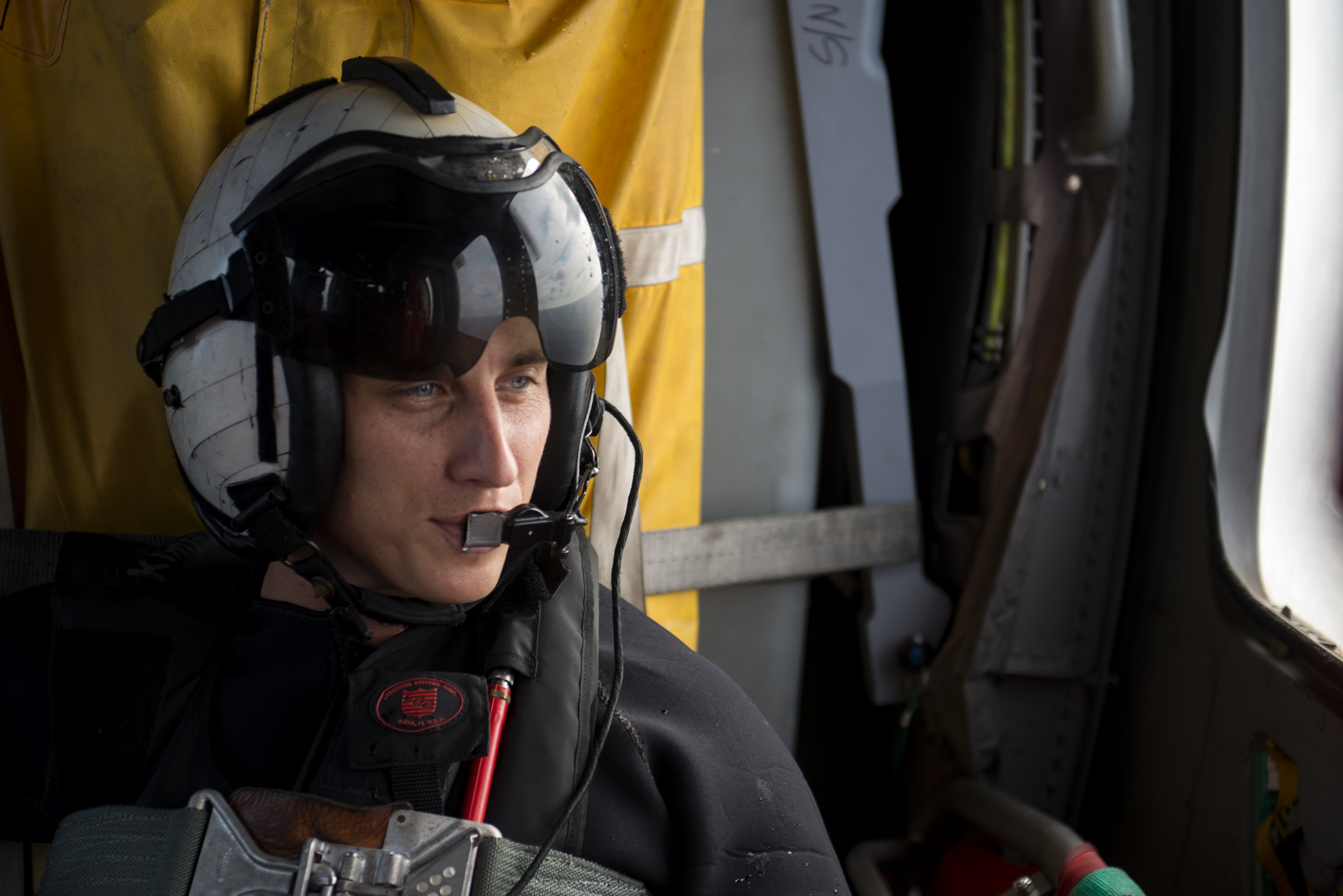