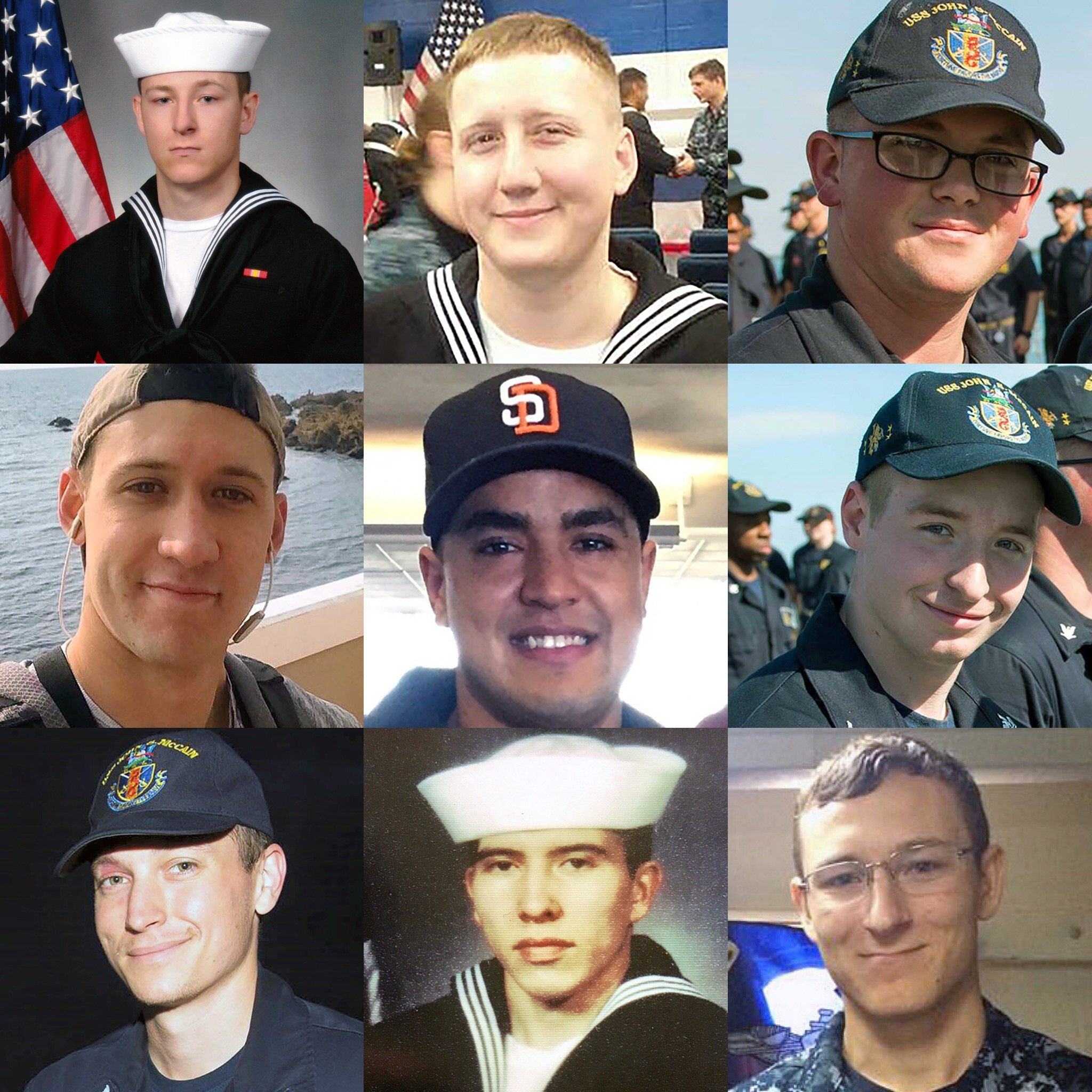 Photos of nine of 10 sailors identified by the Navy that died following the Aug. 21, 2017 collision between USS John McCain and a chemical Tanker. USNI News Image

As of Sunday night, Navy and Marine divers have recovered all 10 sailors that were missing and believed to be in two berthing areas that were flooded after the Liberian-flagged chemical tanker Alnic MC and McCain collided near Singapore.

The sailors that were recovered over the weekend are:

The bodies are due to return to the U.S. in a dignified transfer ceremony at Dover Air Force Base sometime this week, USNI News understands.

On Thursday, the Navy shifted from search and rescue operations near the site of the collision to a recovery effort for remains that were believed to be aboard the damaged ship. A Navy official told USNI News last week that the nature of the damage to the ship has made it difficult for divers to search the spaces.

Following McCain’s Aug. 21 collision with a chemical tanker, America transited to the Changi Naval Base to assist with search and rescue operations and assisting the crew pier-side.

Also last week, the Navy formally started investigations about circumstances surrounding the collision and its operations in the Western Pacific.

“We will determine the causes of these incidents, we will learn from them and we will apply those lessons. What changes need to be made will be made,” U.S. Pacific Fleet commander Adm. Scott Swift said in a Sunday message.
“We have the full support of and forceful backup from our CNO to provide the resources and the oversight necessary to fulfill this pressing requirement.”