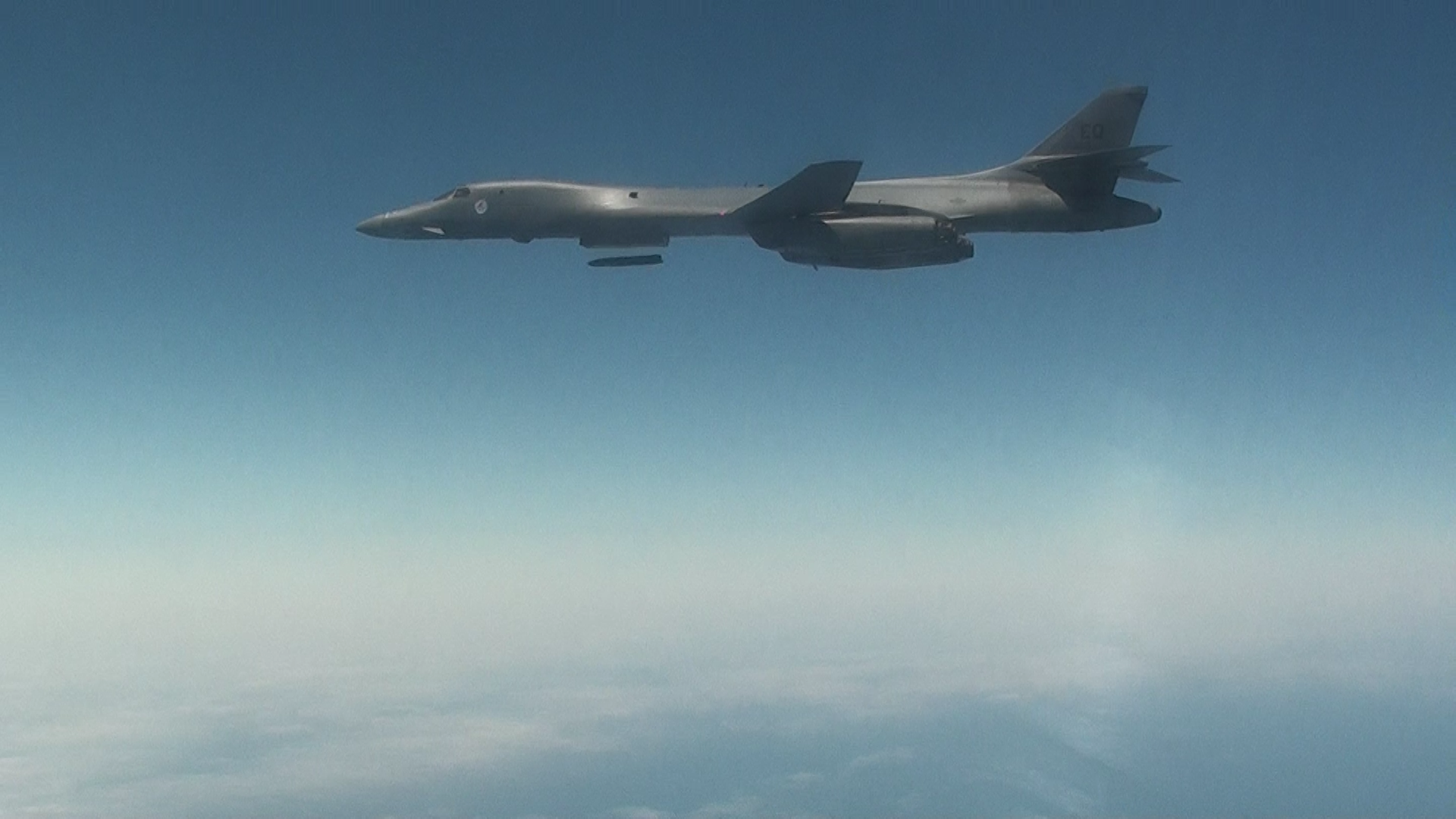 The West Coast test had the Lancer launch a Long-Range Anti-Ship Missile (LRASM) to hit a moving maritime target operating in the Sea Range off of Point Mugu, Calif.

“The missile navigated through all planned waypoints, transitioned to mid-course guidance and flew toward the moving maritime target using inputs from the onboard multimodal sensor,” read a release from the company.
“The missile then descended to low altitude for final approach to target area, positively identified and impacted the target.”

The test comes ahead of an initial operating capability for the missile from the Air Force bombers planed for next year and F/A-18E/F Super Hornets in 2019.

“This was the first flight of a production representative, tactical configuration LRASM,” said Mike Fleming, LRASM director at Lockheed Martin Missiles and Fire Control, said in the Friday statement. “The successful flight continues to prove LRASMs ability to find and prosecute targets at sea.”

LRASM, based on Lockheed’s Joint Air-to-Surface Standoff Missile – Extended Range (JASSM-ER), began as a DARPA program at the 2009 request of U.S. Pacific Command to rapidly field a modern air-launched, anti-ship weapon. The Offensive Anti-Surface Warfare (OASuW) Increment I is set to be followed by an Increment II for surface ships and air platforms.

Lockheed has been pushing LRASM as an option spending internal research and development dollars for a July test that launched an LRASM from a Mk-41 vertical launch cell at sea.

“Increment two was supposed to be a competition for both air and surface platforms. So we’ve been investing to reduce the risk of our surface-launched variant to compete for increment two,” Scott Callaway — LRASM Surface-Launch director at Lockheed Martin Missiles and Fire Control — told USNI News in July.
Lockheed is also, “working on maturing a deck-mounted launcher concept that would enable LRASMs to be integrated into those non-VLS platforms and that’s kind of what’s next for us – maturing that launcher and demonstrating that next year.”

While OASuW II is still an option for the weapon, Lockheed announced it would not compete LRASM for the planned over-the-horizon missile contest for the Littoral Combat Ship and the Frigate.