Giffords sailed from the Austal USA shipyard in Mobile, Ala., to Galveston, Texas, for a June 10 commissioning ceremony, and then headed through the Panama Canal to get to California.

“Our sailors are honored to represent the ship namesake, its homeport in San Diego and the U.S. Navy,” Cmdr. Keith Woodley, Giffords’ commanding officer, said in the news release.
“Every sailor will continue, through USS Gabrielle Gifford‘s service to her nation, to fulfill the ship’s motto, ‘I Am Ready.'” 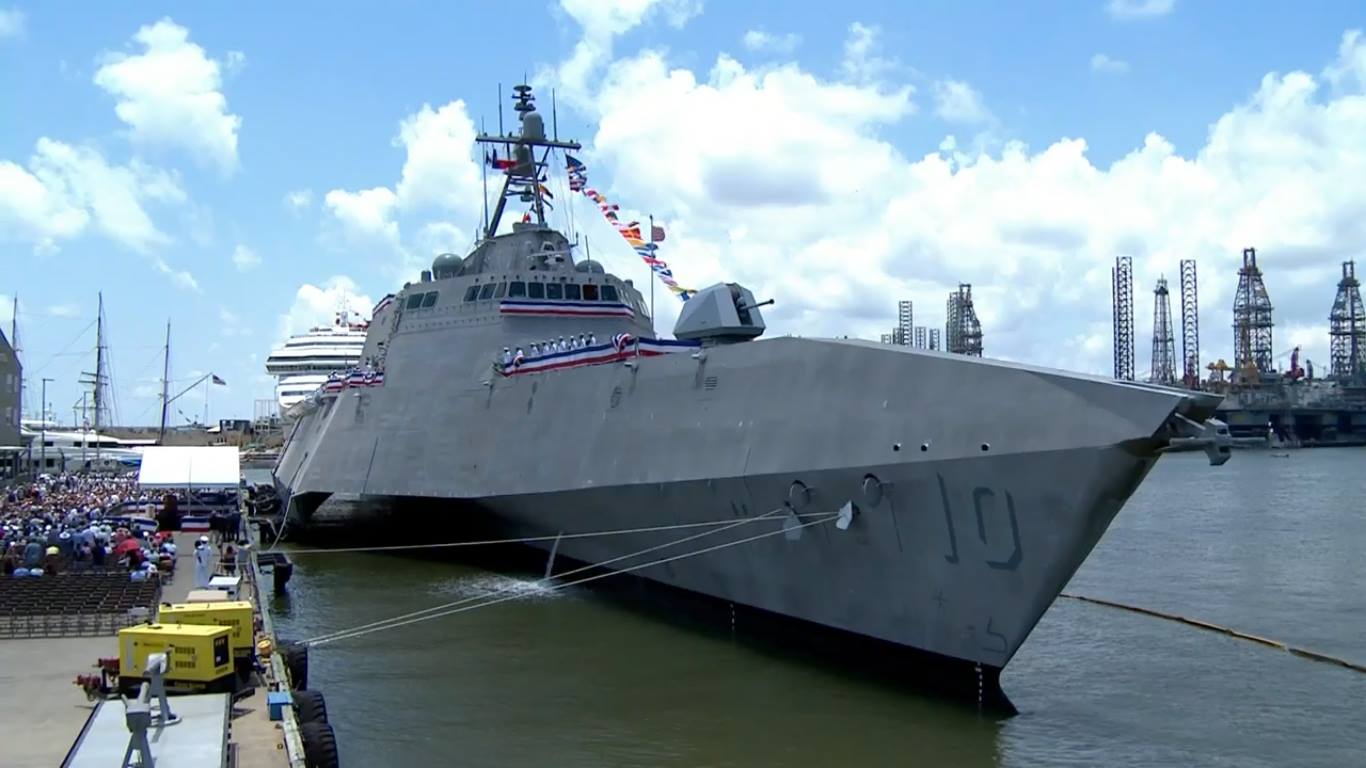 The ship will be homeported in San Diego alongside six of the other eight commissioned LCSs. Two Freedom-variant LCSs operate out of Mayport, Fla.

Gabrielle Giffords is named after the congresswoman who survived an assassination attempt in 2011. Former Navy Secretary Ray Mabus said in selecting the name that Giffords is “synonymous with courage when she inspired the nation with remarkable resiliency and showed the possibilities of the human spirit.”