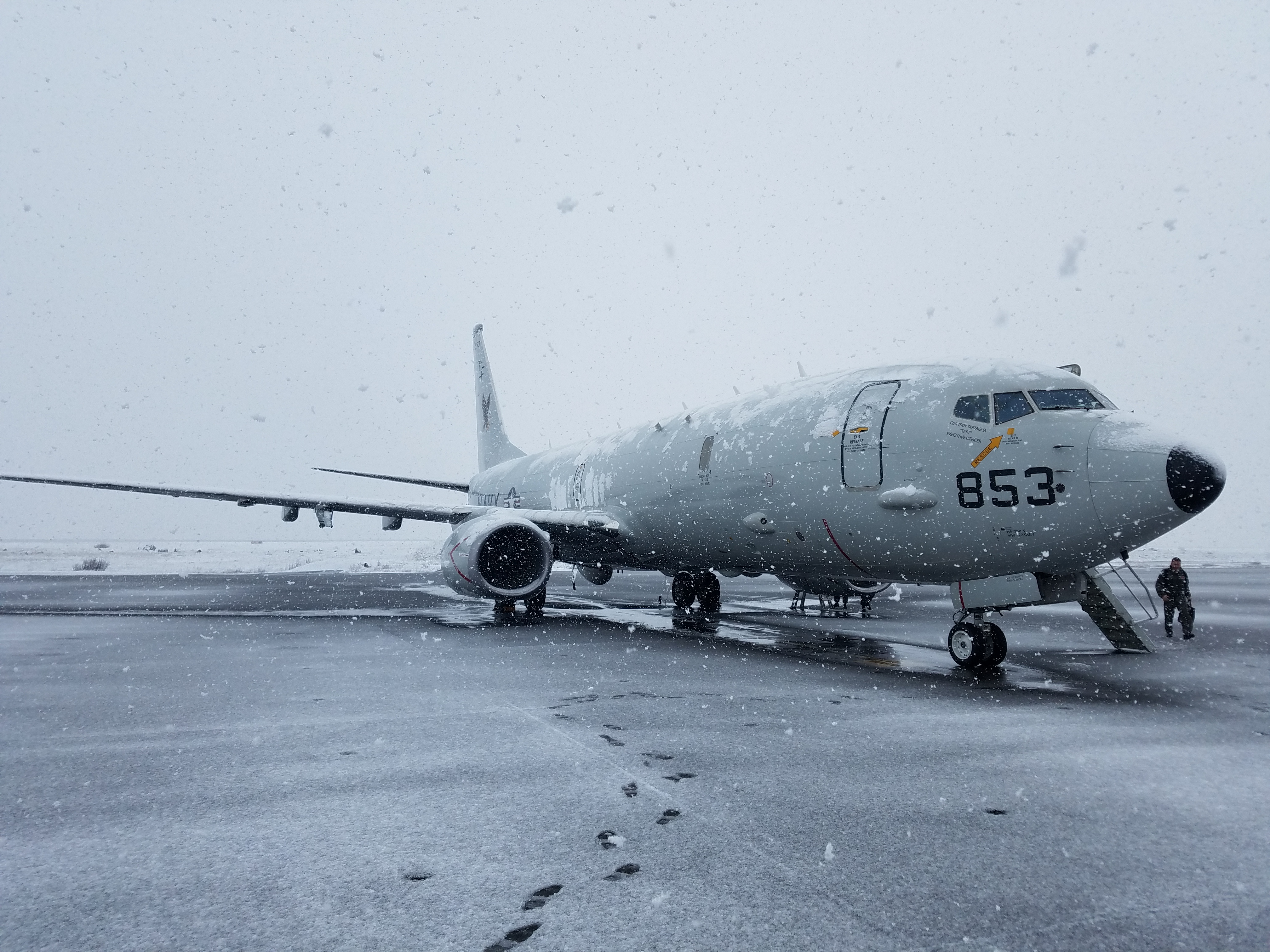 THE PENTAGON — Cold War allies U.K., Norway and U.S. agreed on Thursday to more closely tie operations of the trio’s sub-hunting aircraft together and set the stage for joint efforts to hunt Russian submarines in the North Atlantic.

The Thursday agreement is a “statement of intent to lay out guiding principles for a trilateral partnership with P-8A aircraft to address the changing security environment in the North Atlantic,” read the announcement.
“As the United States, the United Kingdom, and Norway continue to work to advance trilateral maritime security cooperation, this agreement establishes a framework for further cooperation in areas such as readiness, enhancing defense capability, and interoperability.”

The Boeing-built P-8A Poseidon is set to replace the U.S. Navy’s fleet of Lockheed Martin P-3C Orion maritime patrol and ASW aircraft with a platform with upgraded sensors and capabilities that can better detect sub-surface contacts than legacy ASW aircraft.

London and Oslo have signed on to buy the U.S. Boeing P-8A Poseidon maritime surveillance and anti-submarine warfare aircraft that will be a key tool in patrolling the North Atlantic for both countries and the U.S.

A defense official told USNI News on Thursday that the agreement was a foundation for several different possibilities like “coordination of operations in the North Atlantic and other regions as necessary, exchange of information, and exploring opportunities to co-locate maintenance and training assets.”

Those agreements could lead to more basing agreements like the one the U.S. and U.K. signed earlier this year to base U.S. Navy P-8As in Scotland.

While the Pentagon language does not explicitly say Russian forces are the focus of the agreement, Navy leaders have been clear that Russia has been more aggressive on and under the sea since Moscow seized the Crimean region of Ukraine in 2014 and relations with the West deteriorated.

“Not only have Russia’s actions and capabilities increased in alarming and confrontational ways, its national-security policy is aimed at challenging the United States and its NATO allies and partners,” wrote former commander of U.S. 6th Fleet Vice Adm. James Foggo III in Proceedings last year.

Two naval analysts told USNI News on Thursday its clear that recent Russian submarine activity is driving the trio to work more closely together in the ASW realm.

“This planned agreement reflects the increased need for regular maritime patrols to monitor Russian submarine operations and deployments past the G-I-U.K. [Greenland-Iceland-U.K.] gap and coming out of the Baltic Sea,” said Bryan Clark, a naval analyst with the Center for Strategic and Budgetary Assessments.
“With Norway and the UK both buying P-8As, the agreement should enable the three countries to share airfields, maintenance facilities, and equipment in the UK, Norway, and Iceland (which is a U.S.-leased facility). This is important to ensure NATO P-8As can cover the whole set of chokepoints from Greenland to Denmark that Russian submarines would need to pass through.”

Eric Wertheim — author of the U.S. Naval Institute’s Guide to Combat Fleets – told USNI News said that since the Cold War the allied skill in anti-submarine warfare has waned and the resurgence of amore aggressive Russian Navy is prompting the move.

“The geography of these three NATO members now dictates that they will once again be at the forefront of NATO activities responding to Russia’s resurgence and the ongoing Russian attempts to intimidate it’s neighbors,” he said.

“One of the ways that the U.S., U.K., and Norway are attempting to rebuild their capabilities and address these renewed threats is through the acquisition of advanced multi-role maritime patrol assets like the P-8A.”

At least from the start, the U.S. and the U.K. may bare more of the burden of sharing the ASW data, Clark said.

“Norway won’t get their own P-8As until 2022, so the agreement could allow U.S. P-8As to operate out of Norway until then,” he said.
“The U.S. Navy may also bring Norwegian crewmembers out on U.S. P-8As to begin training them in advance of getting their own aircraft.”

The new agreement follows a March trilateral pact between France the U.K. and the U.S. navies. The agreement focused on more cooperation between the three navies in the realm of anti-submarine warfare and carrier operations.