A photo compilation depicting the seven sailors who died during June 17, 2017 collision between a merchant ship and the guided missile destroyer USS Fitzgerald. USNI News Image

Seven enlisted sailors were killed in the June 17 collision between guided-missile destroyer USS Fitzgerald (DDG-62) and the Philippine-flagged merchant vessel ACX Crystal. They ranged from age 19 to 37 and come from communities across the country and overseas. The following is a compilation of media reports about the seven sailors. 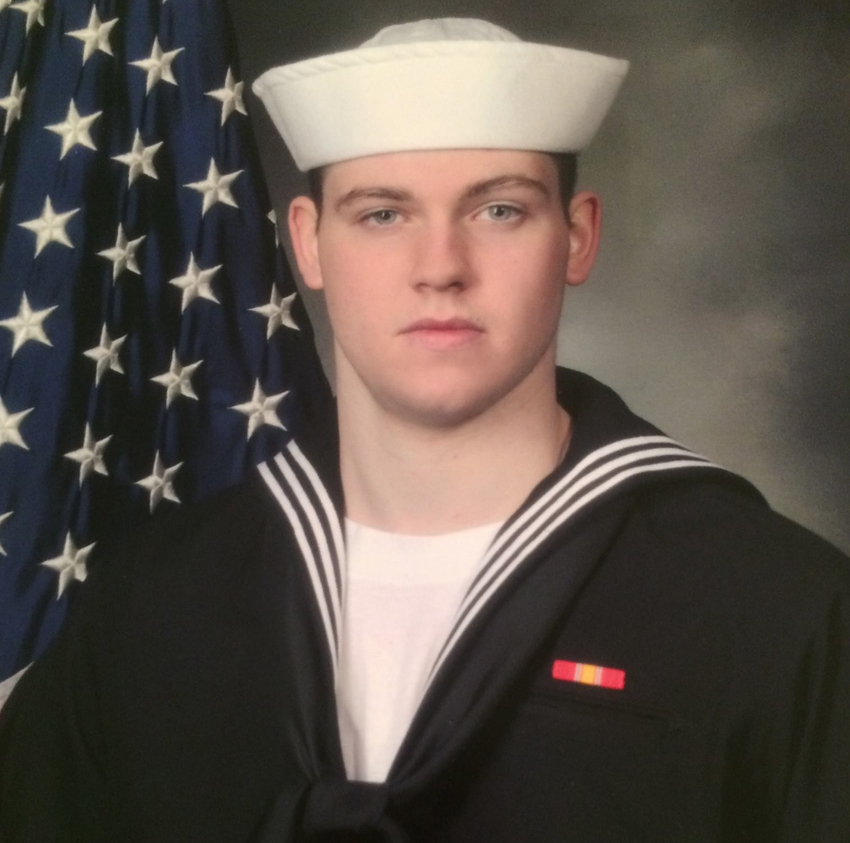 Rigsby was a graduate of Fluvanna County High School outside of Charlottesville, Va. He was a volunteer firefighter with Lake Monticello Fire Department, according to Richmond-area television news channel WRIC. According to an Associated Press article, Rigsby began joined the fire department in 2014, following in the footsteps of his mother. Volunteer firefighter Farrah Brody said Rigsby “was a good kid. He’d give his shirt off of his back for you.” 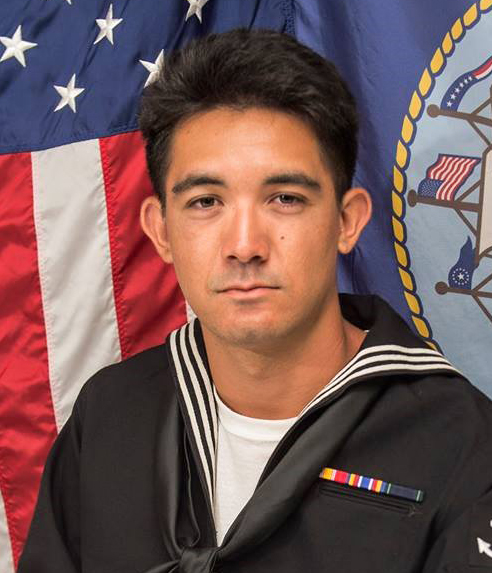 Douglass grew up in Okinawa, Japan, where his father, a retired U.S. Marine Corps master sergeant, served at Camp Foster, according to a Stars and Stripes article. He moved to Oceanside, Calif., and graduated from Fallbrook High School in 2010. The Stripes article describes him as an avid tennis and video game player and a class clown, with a former classmate telling Stripes Douglass was a “class-clown type and everyone loved him for it.”

Douglass enlisted in the Navy on March 5, 2014, and he reported to Fitzgerald on Oct. 14, 2014, according to Navy records. He was profiled in a Navy public affairs spotlight in February 2015 and said, “I enjoy being in Japan, working with the Japanese Navy and getting underway frequently.” 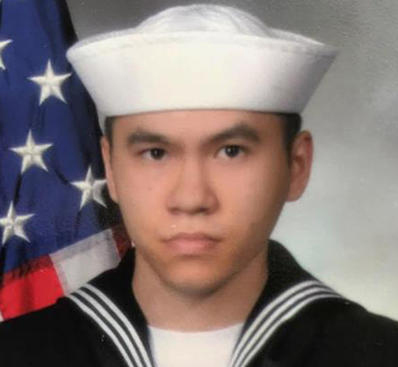 Huynh was the oldest of four siblings raised by a single mother. His family moved to Connecticut in 2005, when he was in eighth grade, and he joined the Navy in on April 21, 2015, after taking some classes at Naugatuck Valley Community College, according to the local Fox 61 and and NBC Connecticut news stations.

The Hartford Courant reported that Huynh, who turned 25 on the day of the collision, joined the Navy as a way to give back to his mother for raising four children alone. “It’s not something he always wanted to do, but he wanted to do something adventurous,” Lan Thi Huynh told the paper.

Huynh was a student at the Fleet Anti-Submarine Training Center from June 2015 to June 2016 and reported to Fitzgerald on June 14, 2016. 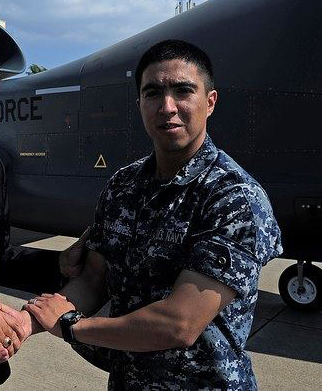 Hernandez joined his high school’s Junior Reserve Officers’ Training Corps (JROTC) program and met his wife, Dora, in that class, his cousin Aly Hernandez-Singer told the Dallas-Fort Worth area CBS news station. “That was his first love… his only love,” she said, adding the couple has a three-year-old son, Leon. Hernandez-Singer added that “We all came from poverty in Guatemala. … He was the one who made it. And we were so proud of him.”

Hernandez enlisted in the Navy on June 18, 2009, according to Navy records. He was attached to the Navy Munitions Command in Sigonella, Italy, from April 2010 to September 2013, Littoral Combat Ship Training in San Diego from September 2013 to July 2015, and the Center for Surface Combat Systems school in San Diego until October 2015. He joined the crew of Fitzgerald on Dec. 7, 2015. 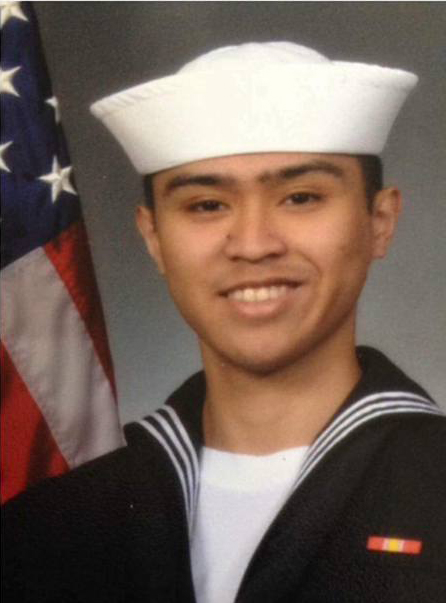 “There was never a time that Carlos wasn’t making people laugh,” fellow NJROTC cadet Chase Cornils told the San Diego Union-Tribune. “He always had a cheerful attitude and a smile on his face. When I think of Carlos, I can only remember an extremely happy guy who was willing to help all of his friends.”

Cornils added that joining the Navy “felt like it was his calling” and that Sibayan “was extremely excited to join and start his career in the Navy and serve our country. He wanted to start as soon as he could.”

Sibayan enlisted in April 2013 and reported to Fitzgerald on July 31, 2014. The Enlisted Surface Warfare Specialist was promoted to Fire Controlman Second Class on Jan. 16, 2016.

The Philippine Star reported that Sibayan’s family is originally from Pasay City, outside Manila. The paper quoted the sailor’s mother, Carmen, as saying, “If you never met my son, you missed a whole lot. In every sense of the word he is my hero. … The way Carlos is, when you need help, he’ll help you with his whole being.” 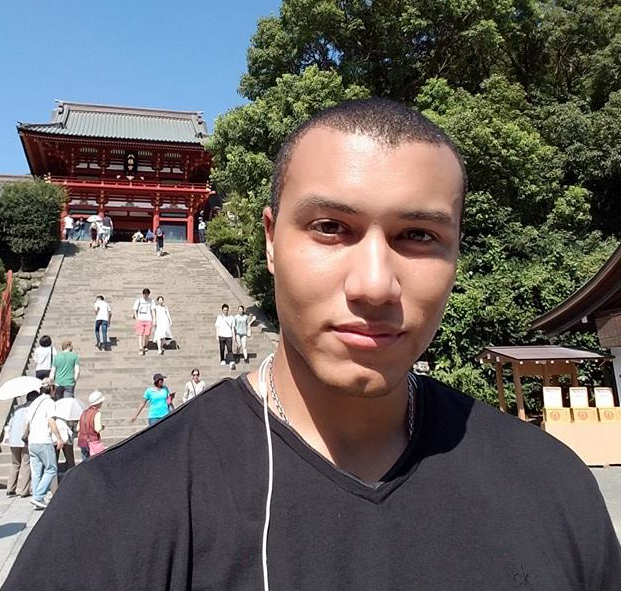 Martin joined the Navy on May 24, 2012, to follow in his father’s footsteps, according to multiple news reports. An only child raised by a single dad, Martin graduated in 2010 from Landsdowne High School and then worked hard to rise through the ranks in the Navy, his aunt Daneace Jeffery told U.S. News and World Report.

“He loved his job, he loved being in the military,” she said, adding that he was just recently promoted to petty officer first class and was considering making a career out of the Navy.
“He was a friend’s friend. He’s a good friend to others, he always put others before his own safety. I’m sure in his last moments he was probably more concerned with the other servicemen than himself, that’s the kind of person he was.”

Martin served at the Personnel Support Detachment in Guam from May 2013 to May 2016 and then reported to Fitzgerald on Aug. 26, 2016. His awards include the Navy/Marine Corps Achievement Medal, Good Conduct Medal and Navy/Marine Corps Overseas Service Ribbon. 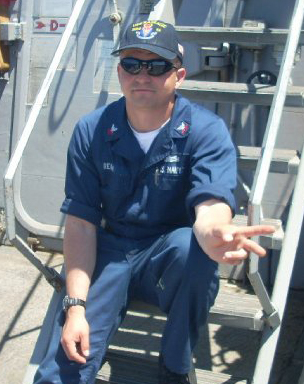 Rehm was set to retire from the Navy this summer, his family told several news outlets.